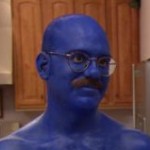 Active 11 years, 1 month ago
Wow, it’s been quite a while since I have been on here View