It’s always hard to approach reviewing a game like Tetris. While there have been a large number of iterations of this classic game, only few manage to rise to the top. In the last few years, games like Puyo Puyo Tetris and Tetris Effect have proved that this 30+ year old game still has staying power to this day. And then out of nowhere, Nintendo releases a free Tetris game to Nintendo Online members: Tetris 99. Even if the game is offered without additional fees, is it still worth your time? 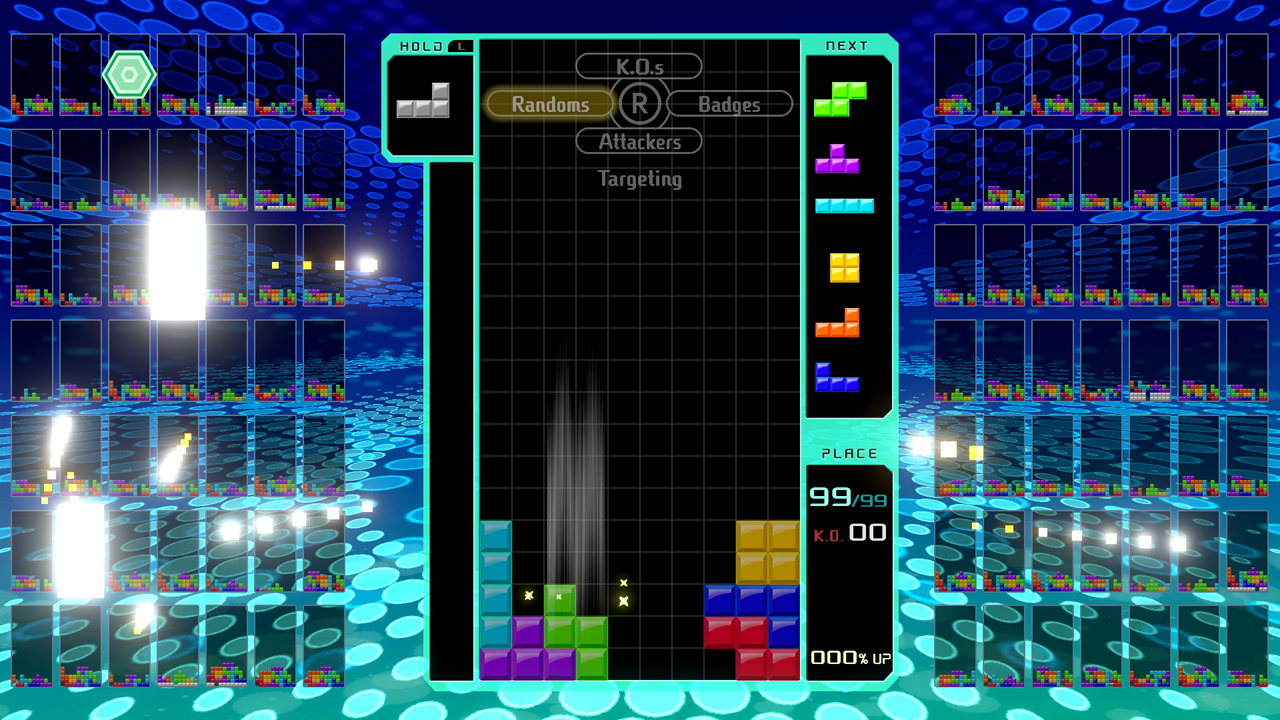 Tetris 99 has a simple premise. 99 players log into a huge multiplayer game of Tetris, and by the end, only one winner would be crowned. The comparisons to recent Battle Royale titles is pretty inevitable at this point. Despite this gimmick, this spin on the old school Tetris formula proves to be effective. Now the goal is not to get the high score, but to see how far up the rankings one player can achieve. After each game, experience can be gained, but leveling up doesn’t add much to the game aside bragging rights.

The actual game of Tetris plays exactly the same, clear lines by using tetrominoes. Players can still hold a piece for a special use for a clutch moment. The one minor gameplay addition is the targeting system. By completing lines players can send their “garbage” to other players in order to foil their progression. Obviously with having 98 opponents to deal with, it’s hard to aim at a specific adversary. Players can do it at random, or use the right analog stick to pinpoint specific targets, like Attackers (who attack the player directly). Badges can be earned by KOing other players, allowing future attacks to become more devastating. This comes at a cost though, as you’ll become a bigger target for others. 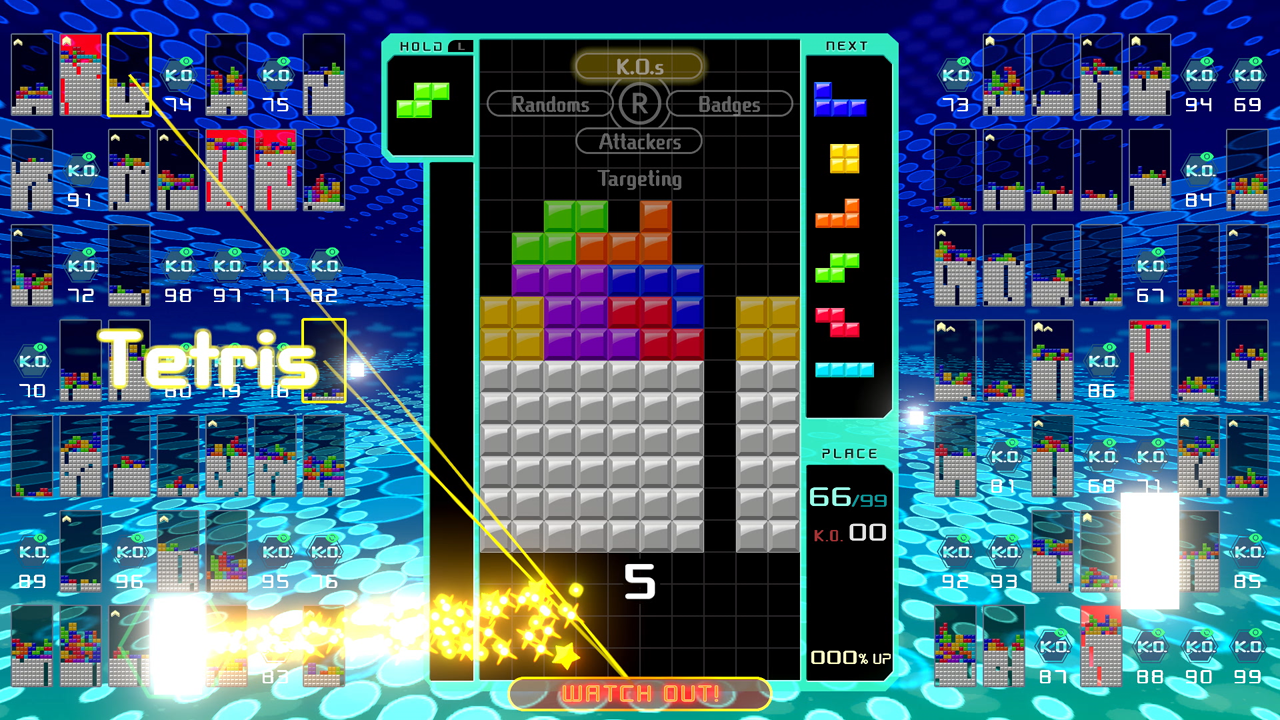 When all is said and done, that’s really it. There aren’t extra modes to unlock whatsoever. Just a stats screen and an options menu. While this could be seen as a negative, it isn’t much of an issue here. Tetris 99 had a clear focus to provide a simple multiplayer Tetris experience that, despite its simplicity, works extremely well. It may not knock out other Tetris versions that surpass the basic formula, but sometimes going to the basics isn’t such a bad idea.