Riot: Civil Unrest, from IVP Productions, is an interesting concept for a video game. The premise is that you can control either the protestors or the police in a series of real-life mass confrontations. The inspiration for this idea came from the game’s creator, Leonard Menchiari, who partook in some of the No TAV protests in Italy. After securing funding from a successful Indiegogo campaign back in 2014, Riot released on Steam in December of 2017. Now it’s made its way to consoles, but should you pick it up? 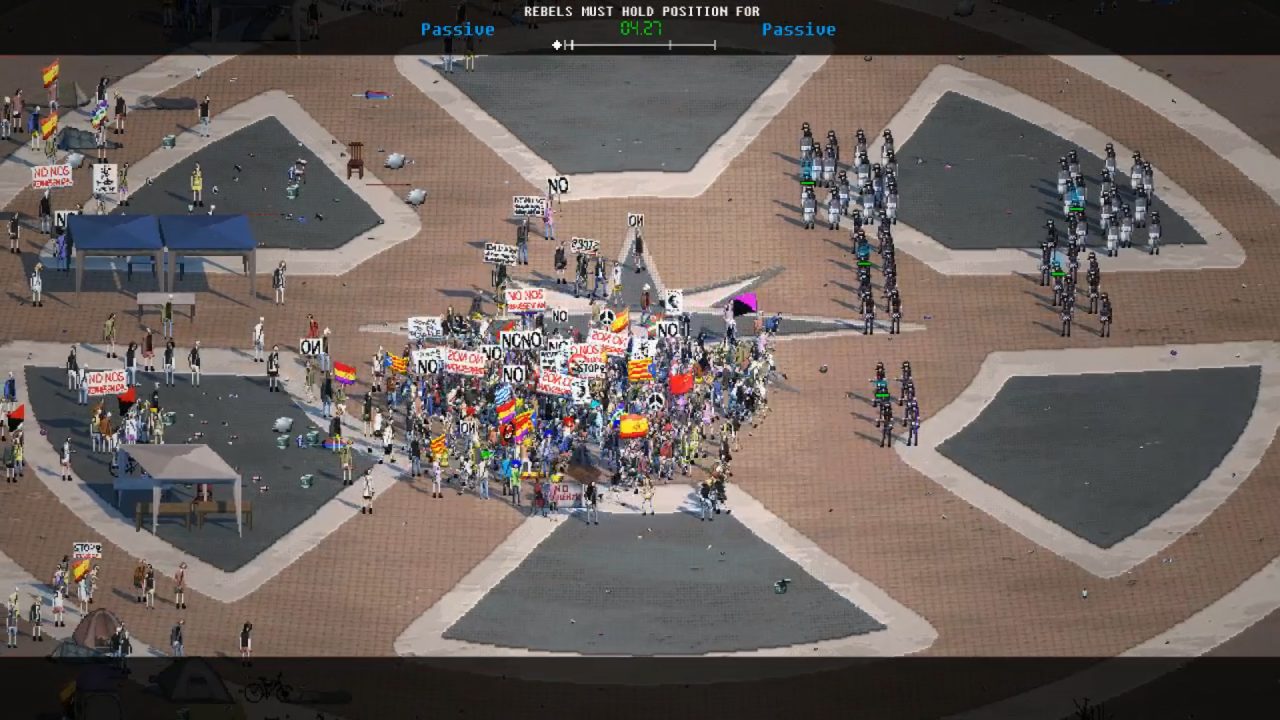 Pros:
The concept is the best part of the game. It leads to questions about which side one should be on when it comes to a protest? How are both sides affected? Riot is a game that definitely promotes political awareness. The main theme is also pretty enjoyable. Unfortunately, that’s where the pros end.

Cons:
The art style in Riot is difficult to digest. The massive blob of people on the screen look like pixelated stick figures on an old tube TV. The text is also difficult to read. It’s done in a jagged style, but comes across as sloppy and unpolished. The same can be said about the menu navigation. It frequently snaps incorrectly and incoherently. There’s no tutorial, no controller map during the loading screen, and very little instruction during gameplay. 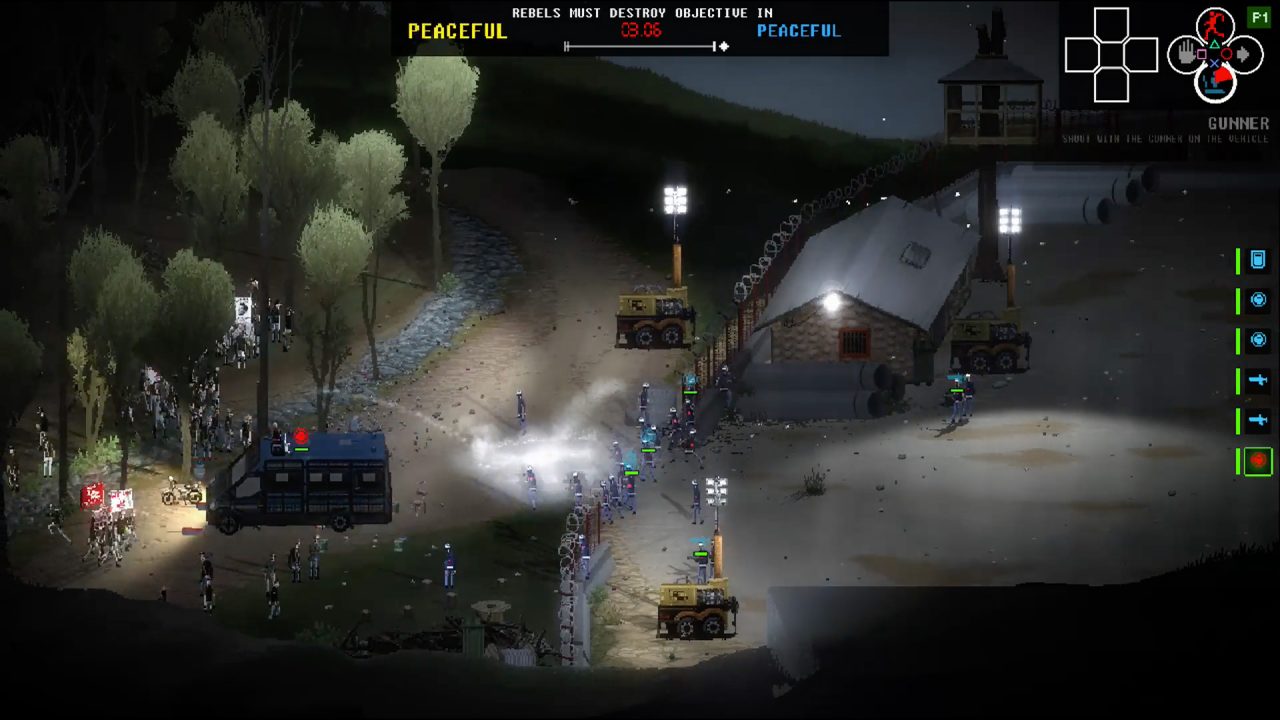 Final Verdict:
Riot: Civil Unrest ends up being a classic case of a great idea, but lackluster execution. The game isn’t fun or exciting to play, and honestly doesn’t really feel like a game. However, it does lead to Googling some or all of the protests mentioned within the game, which is fascinating. Even at the $19.99 non-sale price point, it’s hard to recommend this one.