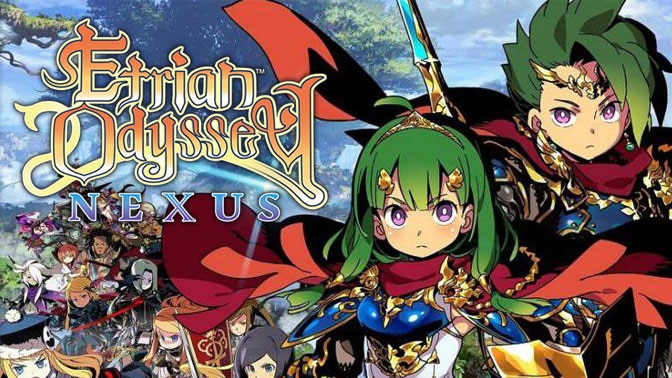 Etrian Odyssey has long made great use of the second screen of both the Nintendo DS and 3DS, and the latest title, Etrian Odyssey Nexus (known as Etrian Odyssey X in Japan), aims to do the same while still serving as a great entry point for those who are new to the franchise. Will it succeed, or will it fail miserably?

Princess Persephone of Lemuria has sent out a royal decree, asking for the greatest adventurers to come to the floating city known as Maginia. These adventurers all share the same goal of solving the mysteries held within the archipelago of Lemuria, seeking treasure and glory as they attempt to make it to Yggdrasil.

You and your guild are among those that answer this call, but what perils await you within your journeys, and can you succeed in reaching Yggdrasil?

Those who have played prior titles know that the series is all about exploring different labyrinths, making your own map on the handheld’s bottom screen as you explore. Etrian Odyssey Nexus celebrates all of the new mechanics and improvements that the series has undergone since its inception on the Nintendo DS.

To begin, you form a party from nineteen different classes. As you create a character, you choose a class, which then has several portraits. Once you have chosen a portrait to represent the character you are creating, you can then tweak the different colors, such as hair and eye color, to give him or her a unique look. With so many different classes, it can take a bit of trial and error, at least if you are new to the series, before you have a cohesive party that you are proud of, but this is more of an asset, in my opinion, due to encouraging experimentation. 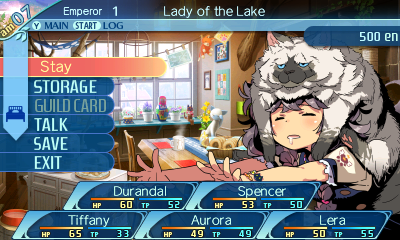 Upon creating a party, you begin your exploration. The gameplay can bee seen as a loop of exploring as far as you can within a labyrinth, slaying your enemies as you go, then returning to town to sell the items and upgrade your equipment. As you explore, you will gain access to a variety of quests, mostly from the Tavern. These quests may be ignored by some, but it should be noted that they are typically well worth the time for the rewards, even if you do need to go out of your way a bit during some.

As you explore the labyrinths, you will utilize the bottom screen to draw out a map of the current level. You have a variety of tools, such as stair and treasure symbols, as well as different colors to fill in squares with, to help you create a perfect map of your location. Some icons will change as you’ve used them; Opening a treasure chest, for instance, will cause the treasure chest icon to change and show that you have already opened it, thus preventing you from possibly going back to check if you forget whether you have already investigated it.

It should be noted as well that you don’t have to map out every floor completely if you don’t wish to. That said, it can still be worth the time, as you can turn in completed maps to the princess in order to be rewarded for your effort. You can also, if you don’t want to spend the time manually drawing out your maps, turn on an auto-mapping feature, which does a decent job at mapping things around you. 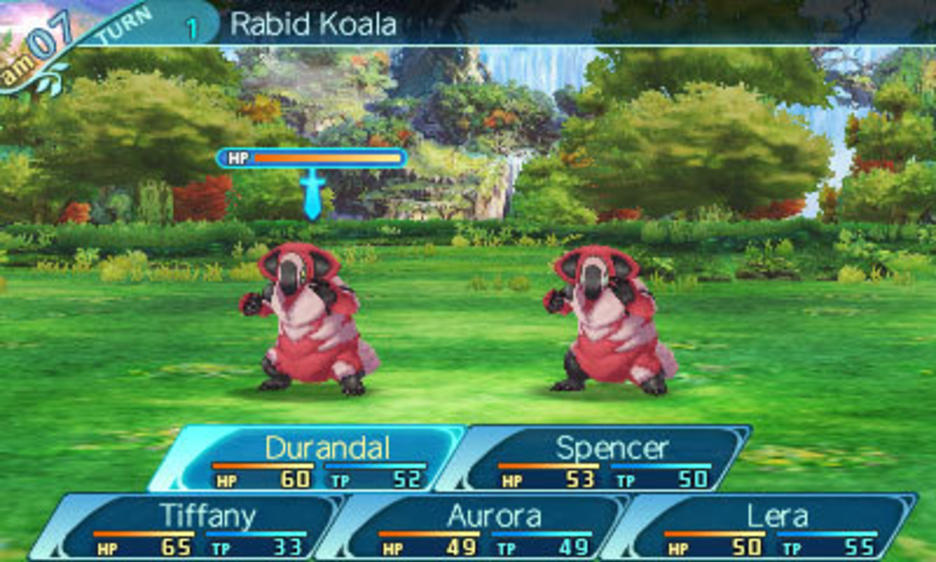 The graphics within Etrian Odyssey Nexus are quite nice, featuring gorgeous labyrinths, a fantastic user interface, and great character portraits. For those interested, it also supports 3D.

The soundtrack can be a bit unexpected, but still does a great job at setting the mood as you play. Voice acting, however, may disappoint some, as it is Japanese only. This can be annoying as you explore a labyrinth for one reason; Not everything is subtitled. For example, while exploring, a party member may mention something of interest, but this will not have any accompanying subtitles, so, unless you understand Japanese, you will not understand what was said.

Overall, Etrian Odyssey Nexus is another fantastic entry in the franchise, featuring the formula that made prior titles so fun while keeping the enhancements added throughout the series. If you enjoy role-playing games, then you should have quite a bit of fun with this title and, if you are a newcomer, it may even convince you to check out the prior games in the series.