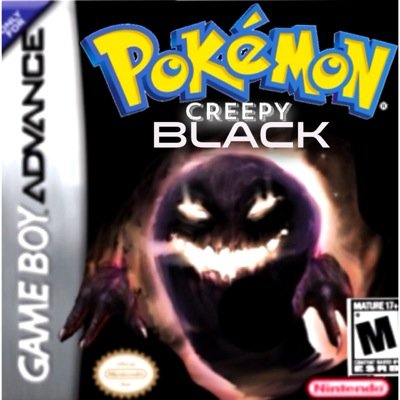 Welcome back, dear readers, to another entry in the Gamebusters series, in which I investigate gaming rumors and discover if there is any fact at all behind them. This series had quite a long hiatus, as I am having issues in my personal life, but after quite a bit of demand and speaking with other Gotgame members, I’ve decided to go ahead and revive it. Several of the myths we’ve looked at so far have been true, and this week we’ll be looking at the popular story of Pokémon Black.

This story, for those unaware, follows somebody who was a collector of bootleg Pokémon games who came across a version at a flea market that he decided to purchase. He claimed that, after selecting Bulbasaur, Charmander, or Squirtle at the beginning of the game, once you look at your Pokémon, you’d see another one called “GHOST”.

This Pokémon was at level 1 and featured the same sprites as the ghosts in Lavender Tower (before you acquire the Sliph Scope). It also had a single move that did not exist in the first generation of games, known as Curse.

It did make the game quite easy, as the defending Pokémon could not attack (only saying that they were too scared to move), and when the one move was utilized in battle, the screen would turn black with the defending Pokémon letting out a distorted, low pitched cry. Upon the screen returning, you would see that the Pokémon would be gone, with, in the case of trainer battles, one Pokéball missing from their corner, implying that the beast was killed. 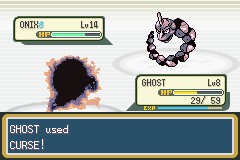 Upon defeating a trainer, the battle commands would reappear and you could choose to run or utilize Curse. The former resulted in a normal end, while the latter would cause the enemy to vanish. If you head out and back into the area, you would then see a tombstone where the trainer previously dwelled.

Though this move made the game quite easy, it couldn’t be used in a few situations. Any battle against those you fight multiple times would result in it failing (unless it was the final encounter), and it couldn’t affect Ghost Pokémon either.

The writer claimed that, upon being victorious against the Elite Four and viewing the Hall of Fame, the screen would turn black again, with a box showing, “Many years later…”. The game then cut to Lavender Tower, with an old man looking at various tombstones. It turned out that this old man was your player character, who was all alone (not even Ghost, the impossible to get rid of Pokémon, would be with you). He moved rather slowly, roughly half the normal speed, and, as you explore, you would see that the world would be empty, save for he tombstones of those you had Cursed.

Without the use of HMs, you were somewhat limited by where you could go, and as you explored, the Lavender Town music was on an infinite loop. The writer claims that, if you travel through Diglett’s Cave, you would see one of the bushes that needed Cut to bypass would no longer be there, allowing you to return to the town of your birth, Pallet. As you entered your house and returned to the spot the game began, the screen would cut to black, and a series of Pokémon would appear.

After the last Pokémon sprite, as you realized that they were those you had used Curse on, the trainers you had used Curse on also appeared. All the while, the Lavender Town music would be decreasing in pitch, coming across, in the end, as little more than a demonic sounding rumble.

The screen cuts to black after the last trainer, then pops back up with the battle screen. You are still the old man, and you have one final battle: Ghost. This battle is a bit unfair, as you have no Pokémon to help you out, and you also could not use items.

Upon selecting the only option available, “FIGHT”, you would use Struggle. As Ghost type Pokémon are immune, it obviously doesn’t affect the beast, but does lower your own health. Ghost simply sits silent as you slowly remove your health to a critical point, after which it would use Curse on you, cutting the screen to black for good, and, upon resetting, you would discover that your save file was gone.

The writer states, “I played through this hacked game many, many times, and every time the game ended with this sequence. Several times I didn’t use Ghost at all, though he was impossible to remove from the party. In these cases, it did not show any Pokémon or trainers and simply cut to the climactic ‘battle’ with Ghost.

I’m not sure what the motives were behind the creator of this hack. It wasn’t widely distributed, so it was presumably not for monetary gain. It was very well done for a bootleg.

It seems he was trying to convey a message; though it seems I am the sole receiver of this message. I’m not entirely sure what it was — the inevitability of death? The pointlessness of it? Perhaps he was simply trying to morbidly inject death and darkness into a children’s game. Regardless, this children’s game has made me think, and it has made me cry.” 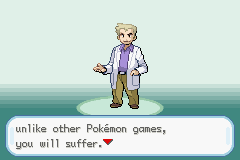 This story appears to have originated on Creepypasta, and, as such, is myth, so far as we have been able to discover.

That said, it turns out that the story has also become fact for the most part. The reason for this is that some hackers have actually recreated this very game, so if you desire, you can download the hack and play through the events to witness everything for yourself. One such named hack, for those who are interested, is Pokémon Creepy Black, and I have also heard of another called Pokémon Lost Silver. The screens provided were from Creepy Black (as you can likely tell from the first image in the article), which is a bit different from the story on Creepypasta, but still mostly faithful, it seems.