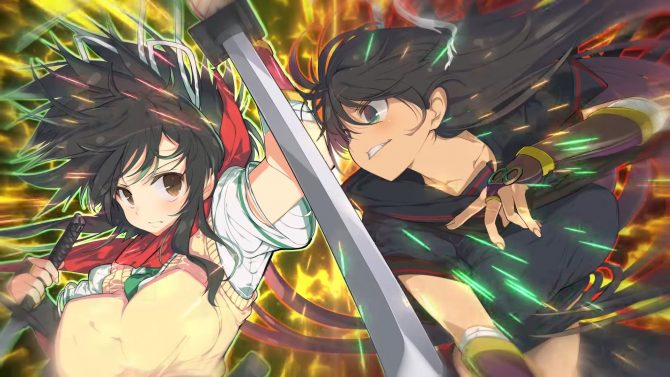 Having released spinoffs of the Senran Kagura franchise, the developer has decided to go back and remake the first title in the series as Senran Kagura Burst Re:Newal. How will this latest take hold up?

In present-day Japan, five females are attending Hanzo, a secret academy that trains ninja fighters that work for the government and various other organizations that are responsible for preserving the peace and security of the country. Here, the students learn not only fighting techniques, but also how to be both accountable and loyal.

On the other hand, Hebijo Academy stands in opposition, representing the exact opposite values, with their students taking the dirtiest assignments available. As they mostly work for suspicious corporations and crime syndicates, the two groups of students are destined to clash…

As you may be able to tell, there are a couple of different story campaigns for you to tackle. You can take on the Hanzo Academy group’s storylines, venture to the darker side with the Hebijo Academy, or even enjoy a brand new campaign that focuses on Yumi, who was a rather complicated character hat was introduced in the Versus series.

Whichever path you take, however, you will need a bit of patience. It can start off somewhat dull, and, upon making a choice, you are locked into your chosen campaign until you beat the game. Those who persevere, however, will discover an interesting drama storyline after several missions, which should make up for those who could hardly stand the fluff of the beginning. 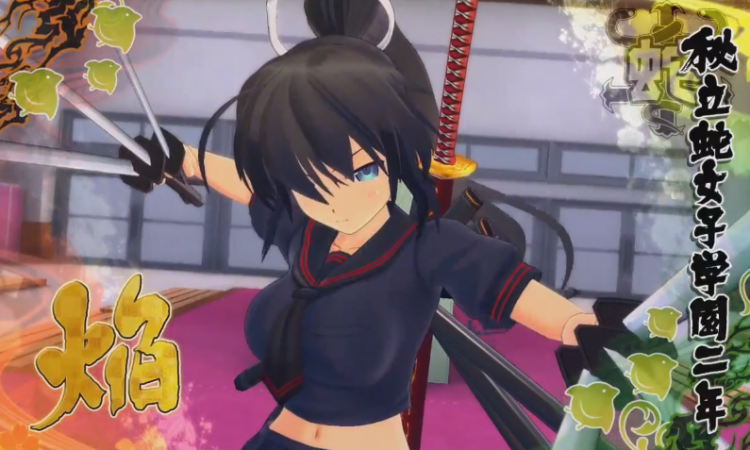 I had personally only played the spinoffs before, and was getting to be under the impression that all Senran Kagura games were nothing but fanservice. Senran Kagura Burst Re:Newal, however, as proven me wrong, offering up an intriguing story that honestly has me wanting to look at the other games to see what I may have missed buried beneath said fanservice.

Originally released back on the Nintendo 3DS, the original title featured side-scrolling beat ’em up action. Having been recreated from the ground up, however, you can expect full 3D action, akin to the more recent titles in the series. There is quite a variety in the enemies you will take on as well, keeping everything interesting as you fight your way through your chosen campaign.

Each character you can control utilizes a completely unique weapon and skillset. This can result in taking a bit of time to relearn moves as you jump from character to character, but that also keeps things rather interesting, especially when you factor in he more unique systems, such as the Aerial Rave system. This allows you to toss enemies into the sky, dash to them, and continue to string your combos far more than you would had you and the enemy stayed on the ground. You can also parry your opponent’s attacks, allowing you to stun them and strike back with some rather powerful counter-attacks. 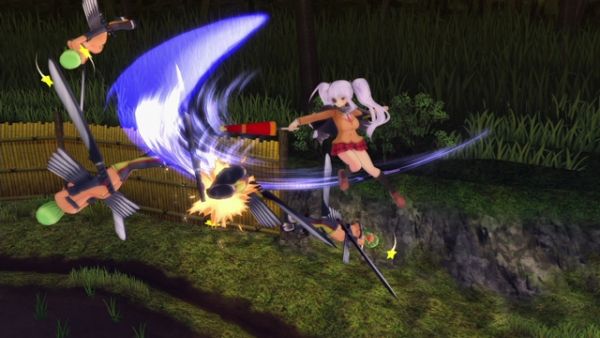 Every character also features three Styles, which is another system that returns from the original. You can upgrade each one up to five times, and doing so will allow you to gain an additional combat boost. Ranking up one Style may allow you to perform air parries, for example, while another will grand you more experience. The Styles aren’t just random, however; One is tied to your base combat status. A second Style is tied to your combat status upon activating your Shinobi Transformation. The third is only active during your Frantic Mode. This mode is a huge gambit as you fight, due to it sacrificing almost all of your defense for the duration of the mission. The upside is that you will be granted increased damage, as well as infinite light attack chains.

As you battle and dish out damage, your corresponding Style will gain experience.

Models are sharp, with everything honestly looking quite nice. The music is also quite nice throughout, accurately setting the mood. One thing PlayStation 4 owners may be disappointed about, if they loved the feature in prior title, is that the secret mode in which you can utilize the analog sticks in the Dressing Room to interact with the characters has been removed, although it is still present in the PC version.

Having entered the title with low expectations, I was pleasantly surprised to find an interesting story and engaging gameplay. The title should appeal to both fans and those who don’t care for the “Fanservice only” style of game that the series appeared to be heading into.