(Editor’s Note: Due to an issue we came across, we were unable to test online multiplayer for God Eater 3. Due to this, we chose to review the game without it.)

God Eater is back in Marvelous’ First Studios newest installation of the hack-and-slash RPG distributed by Bandai Namco. Co-op gameplay takes center stage here as opposed to the single player adventure of previous installments. So much that it actually rewards players for taking on the game with another player. And although it’s a voluntarily fast paced game, it’s one that requires you to develop strategy and manage your inventory efficiently in order to do well in battle. 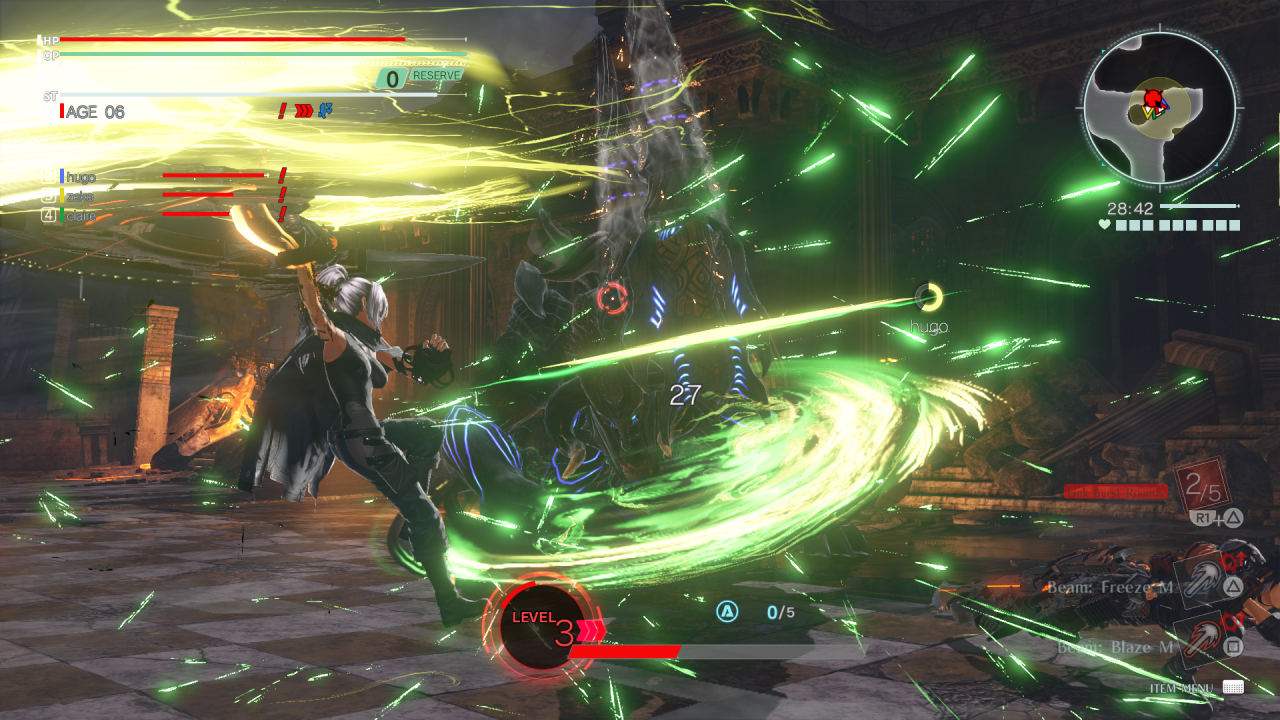 The story follows your protagonist, who is a prisoner in the fight for survival against monsters known as Aragami. One day, the prison is destroyed and your short lived freedom is interrupted by being recruited in the fight against the Aragami. Your character and their companions are wielders of a weapon known as a God Arc. New God Arcs are obtained by consuming Aragami during battle, a staple to the franchise.

The different God Arc types provide new flashy animations and mix things up a bit as the game goes on. The variety between God Arc handling styles and their abilities make you feel like you’re really in control of the way you’re playing. The games character creation system seems a little basic, and unfortunately comes off as unimaginative. No body types, no molding. Just some preset faces and predictable hairstyles. I never really felt my character was really mine, but a slightly more feminine Cloud Strife from Final Fantasy VII. 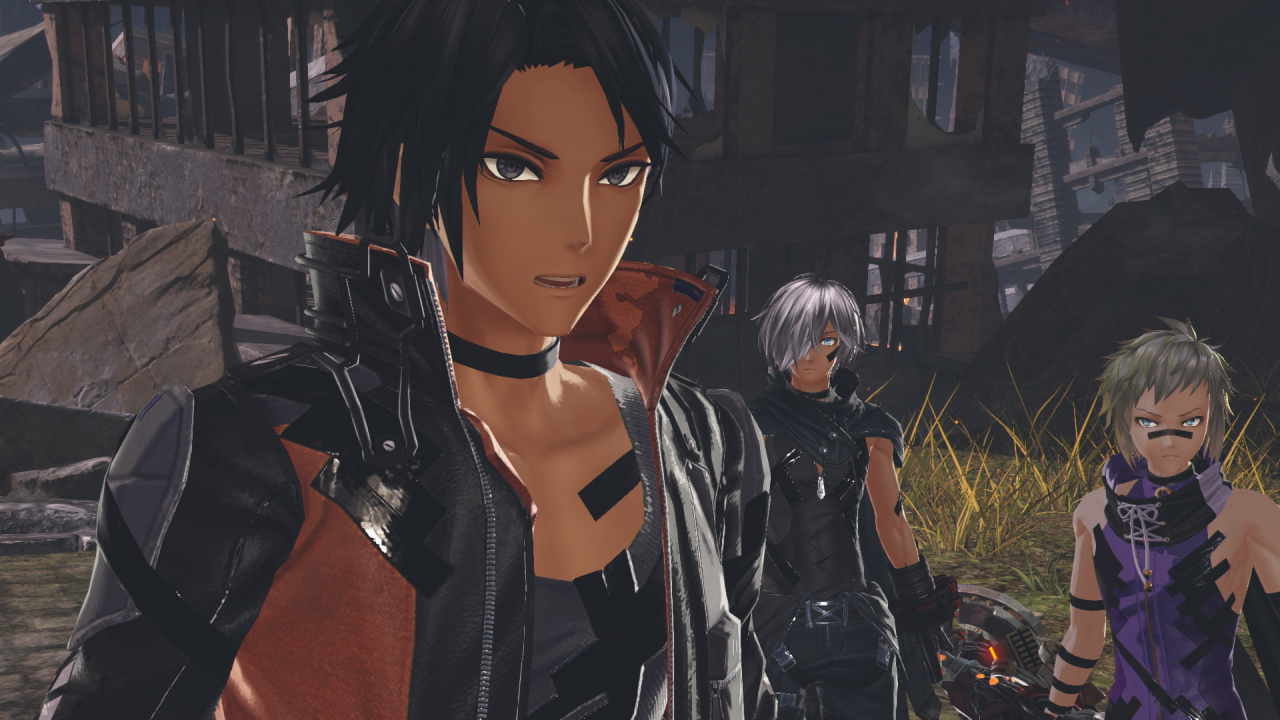 None of the games other characters really give you a reason to feel invested or care about what they’re doing besides fighting with you. You get to pick from a variety of voices for your character, but your character never speaks in game during dialogue. Everything said by the protagonist is done entirely with text. This means that you’re picking a voice solely for grunts and in-game shouts. The graphics are solid, using an anime aesthetic with a light touch of cel-shading.

Gameplay wise, all your missions are deployed through an in-game hub. This is where you can upgrade your God Arc and abilities, buy things from NPCs and gather insight in the story. The core hack-and-slash gameplay isn’t necessarily groundbreaking, but it does what it needs to. God Arcs have two modes based on melee and ranged combat. You and up to three NPC companions (or co-op players) deploy into the map and kill every Aragami in sight. 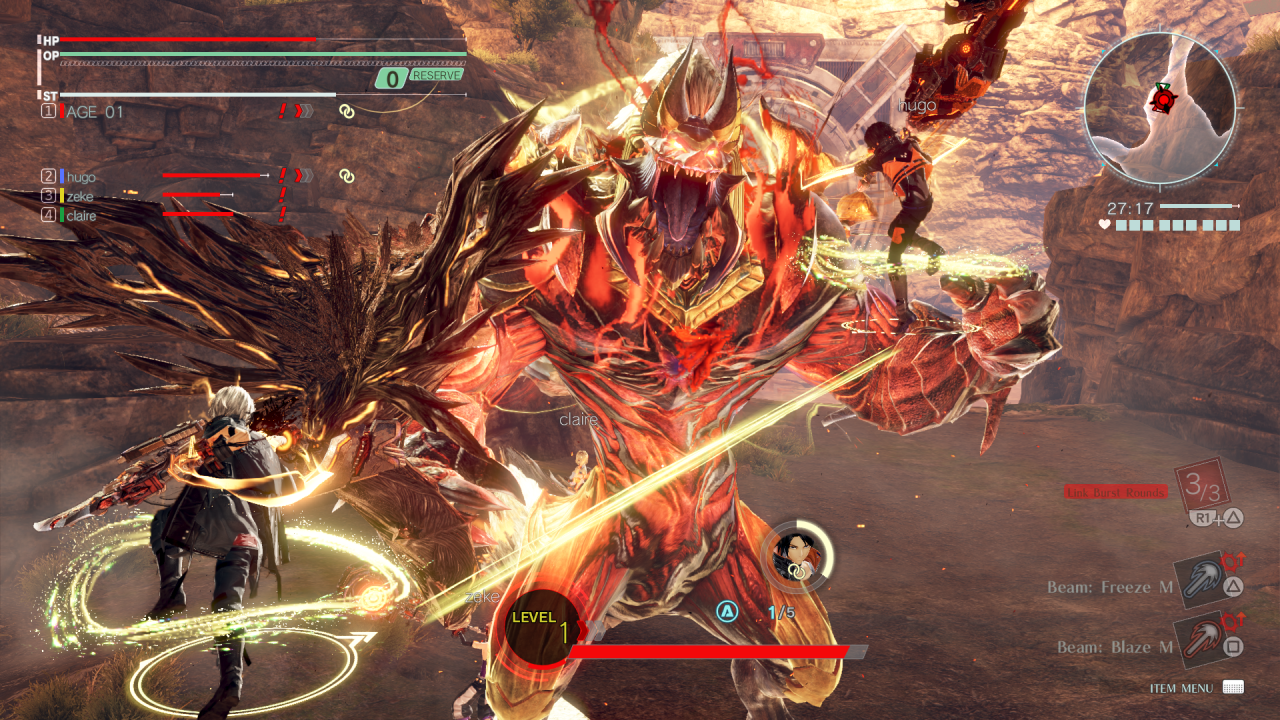 God Eater 3 has this great mechanic called “Burst Link”, which essentially rips your God Arc through an Aragami. This action allows players to take the Aragami’s organs for materials to upgrade your God Arc. Burst Link also increases your God Arcs damage during your attacks. The great hit detection really makes the combat satisfying. Overall, the God Arcs make you feel powerful, but not too overpowered. Despite the combat, the camera can get a bit wonky. The gun style control mode could also use some improvements, as it isn’t very fun. You never really feel like you lock onto your enemy effectively.

Missions in God Eater 3 are repetitive to say the least, but the Aragami are challenging enough to keep you on your toes. Bigger Aragami at the end of a stage really give a solid challenge, requiring proper timing and strategy to best. They’re surprisingly dynamic; stopping to rest and get pummeled for a few seconds before springing back up and jumping far across the map. I never really knew when I had won a battle or not until I got the classic “Mission Objective Complete” notification. I had to use a few more health items than I previously anticipated when I got careless in combat. 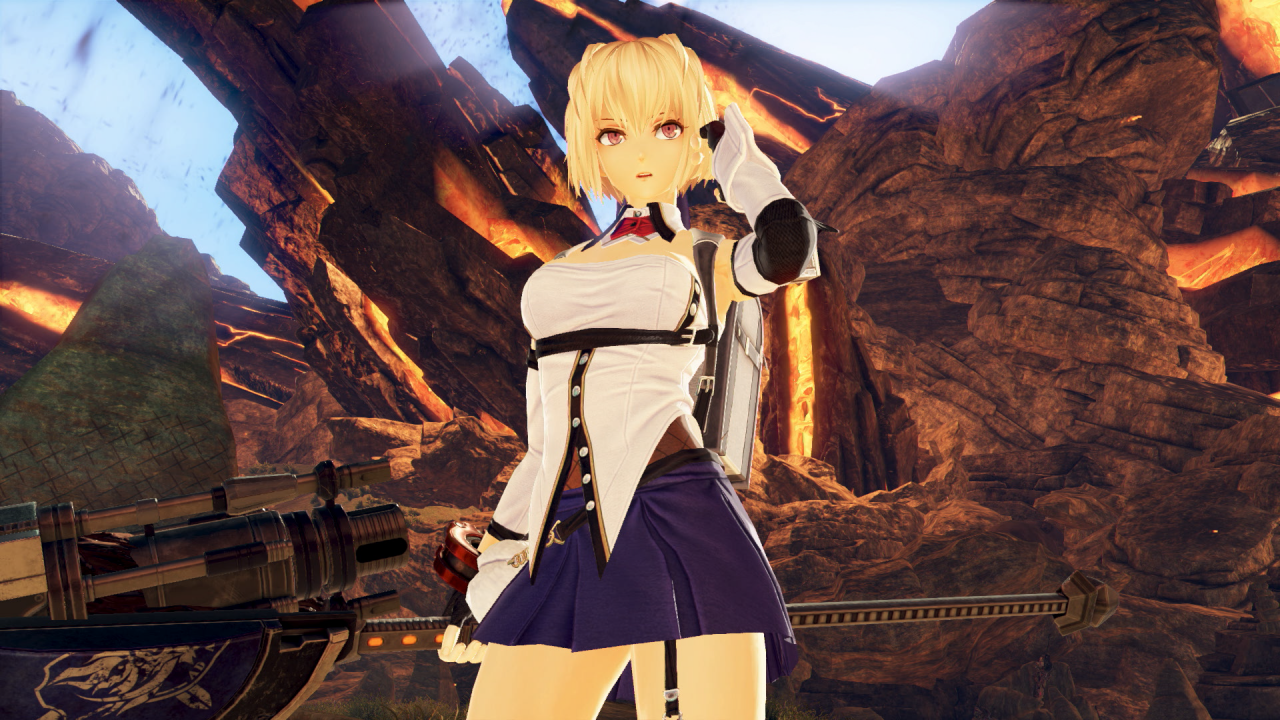 Another great mechanic that implements the co-op focus of the game really well is Engage mode. Each of your characters have a special Engage ability that you can fully customize. When all your characters Engage meter is full, hitting the triggers together can use their abilities  to aid in battle. This is of course accompanied by some awesome visuals to notify you of its use. Battles are very rewarding, each one giving you a generous amount of items to use to craft items, upgrade your abilities or your God Arc. The game’s soundtrack is great too, having a real sense of medieval urgency to it. It kind of reminded me of the music in The Elder Scrolls IV: Oblivion.

God Eater 3 doesn’t exactly bring anything brand new to the table and isn’t really technically groundbreaking, but it’s good for what it’s meant for. It’s a good Monster Hunter substitute with all the JRPG tropes in one package. It’s a game that feels rewarding and brings players back for more.