Developer 4A Games and their post-apocalyptic shooter Metro Exodus have been appearing in the news a lot lately. Recently becoming exclusive to the Epic Games Store on PC, a lot of fans aren’t happy. They’ve done everything from expressing their concern on social media to review bombing previous titles. At the time of this writing, both Metro 2033 Redux and Metro: Last Light Redux each hold over 3,000 recent negative reviews. While many are currently upset with the decision, beneath the controversy is actually a fun experience. 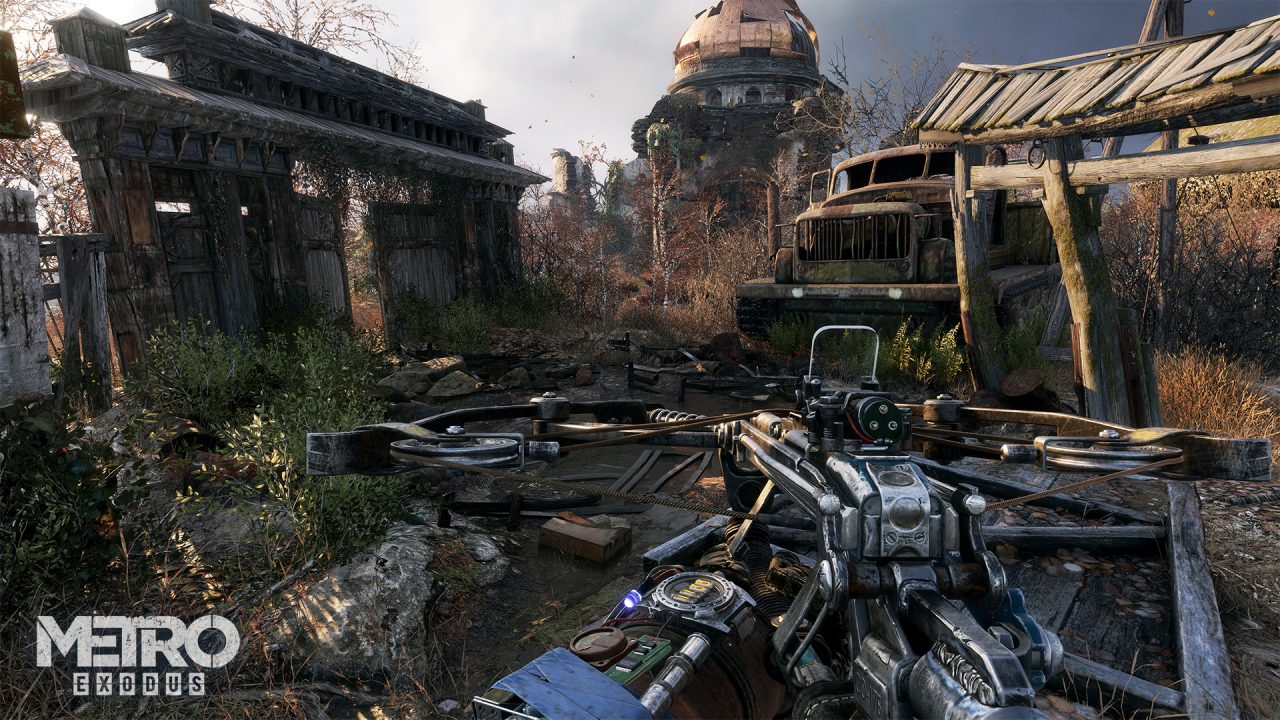 Better late than never, we got a chance to play Metro Exodus at E3 2018 last year. We figured now was as good of a time as any to write a little preview about the game. While PC players feel a little alienated, console players will still have little reason to worry. Even if you’re one of the PC players that felt burned by the decision, it helps to weigh all the options.

Taking place a couple years after Metro 2033, Exodus resumes the story of Artyom as he treks across the country. Now married to his companion Anna, they use a train called the “Aurora” to head east. Their journey starts in the Spring, at a river called the Volga as the Aurora suddenly stops on their way to Mount Yamantau. The Spartan Rangers plead Artyom to help them out to get things back in motion, which unfortunately for Artyom, requires exploration. This is where my demo started.

Metro Exodus mixes things up by using a combination of open world sandbox areas and linear levels. The Volga is just one of the open areas, one of the features 4A was most proud of in their “most ambitious game”. Their ambition was Metro Exodus was so big that they doubled their development staff. Utilizing their 4A Engine, new features were added to Exodus to make it stand out from previous entries. First of all, there’s a day and night cycle, so players will want to make good use of their time. 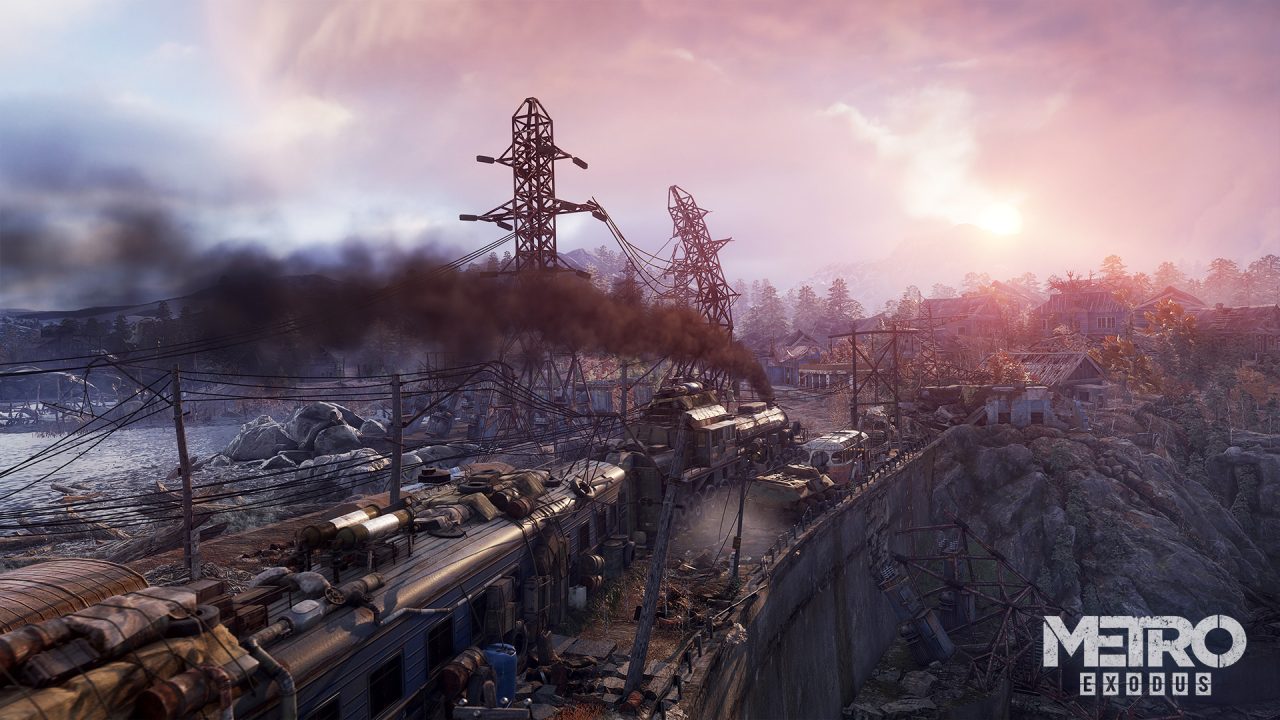 Leaving the train with Anna, players are allowed to freely explore an expansive area. Even though the Volga was just one area, 4A reassured that this section alone offered at least four hours of story content. Players will move across the snowy wasteland and come across many places to scavenge. This will allow them to get crafting materials for their hand-made weaponry. Players can actually upgrade and customize weapons on the fly as long as they have the materials.

The Volga doesn’t start out with a large variety of enemies, as you’ll mostly come across mutants known as Shrimp. According to the developers, mutants can fight other mutants, though I never came across this in the demo. Looting some abandoned buildings and corpses, a nearby church bell rang, signaling distress. Making our way toward it, we used a boat to move across the river to the church.

It was very obvious that this church was run by a cult. They had removed all technology from their lives and they even held two people prisoner for their use of technology. It was these prisoners that sent out the distress signal. The cultists play dumb, but after getting an explanation, players can choose to rescue the captives. I started making my escape with a stealth approach, though I made a costly mistake. While moving behind enemies, I wasn’t close enough behind an enemy as I tried to incapacitate them. My lack of range caused my attempt to be thwarted, and suddenly, all Hell broke loose. 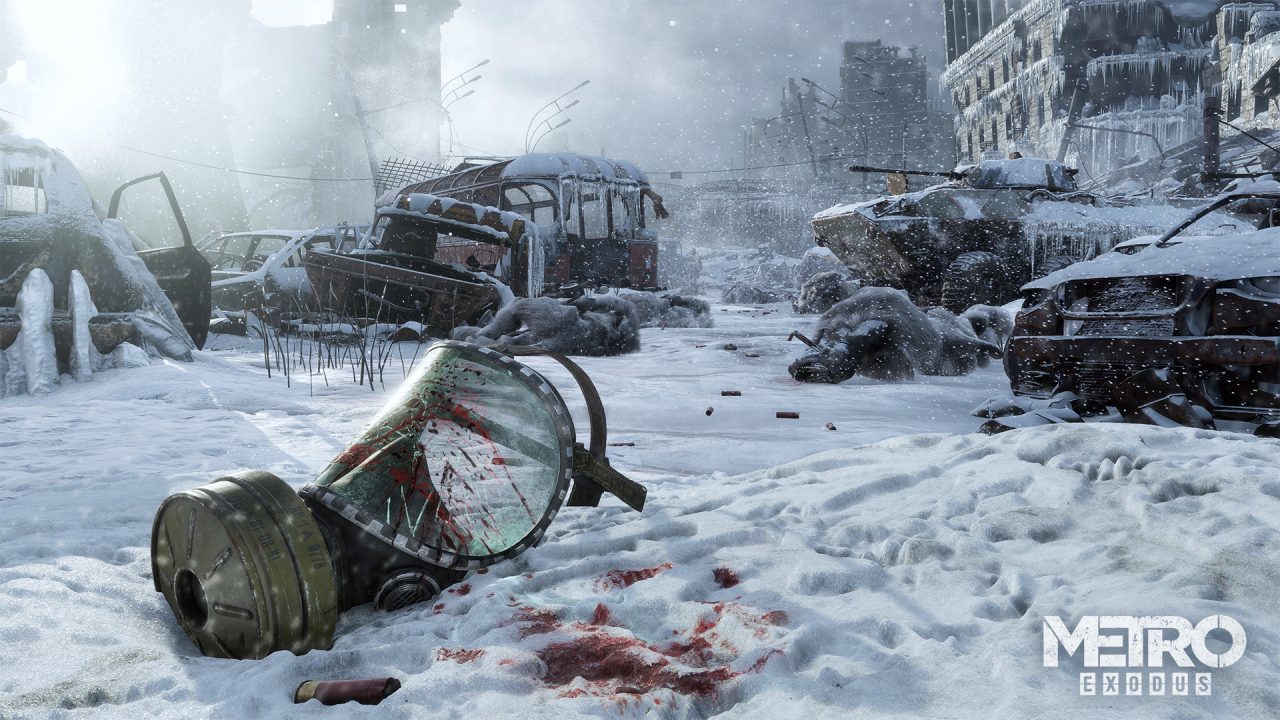 Using my weapons, I found them to be very effective against humans. It’s quite a contrast compared to the mutants that I had fought previously before reaching the church. After taking out a few cultists, I was a bit surprised at their choice to surrender. Seems that when the enemy realizes they can’t win, they decide life is worth living. It’s a nice little detail, though it’s unfortunate that I was caught, otherwise they would have all lived.

Fans of the Metro series may be used to using their mask to protect themselves from radiation. This is common in nuclear apocalypse titles, as avoiding radiation can even be seen in the Fallout series. Exodus also utilizes a lot of voiced dialogue. While it’s debatable if some of the voice acting was good or not, there was no denying the amount. 4A even stated that Metro Exodus had more dialogue than both of the previous two games combined.

Upon defeating the cultists, I was summoned to return to the Aurora. Overall, the combat feels satisfying, even when taking the stealth route. Making my way across more frozen wastelands, I began my approach to the train, defeating more mutants along the way. Funny enough, as I was about to reach it, I saw a demon flying above me. It looked like it was ready to swoop down just as I made my way to the train, activating a cutscene. I’ll be honest, I sort of wanted to see what would happen if I had confronted the demon. 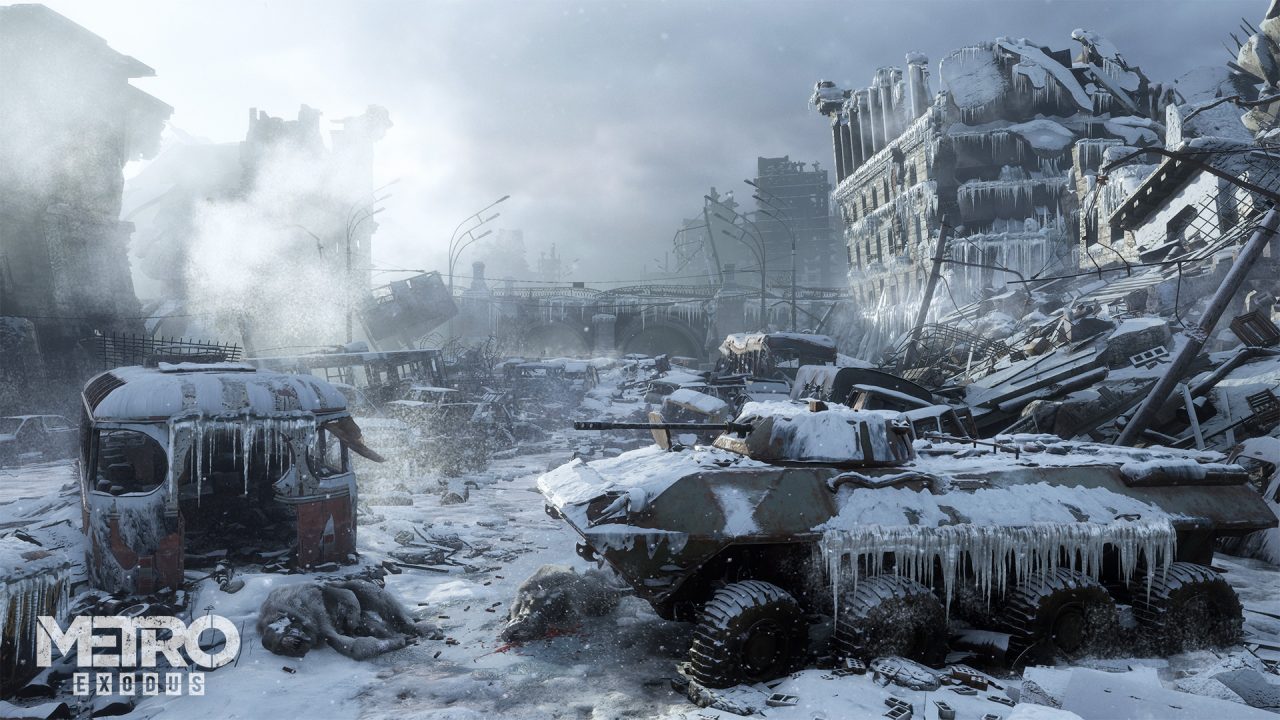 Either way, Metro Exodus is a very pretty game. The weather effects offer a lot of details and the story takes place over a full year, going through many seasons. Buildings seep very fitting of the environment, looking very dilapidated and run-down. Characters, while fairly detailed, seemed a little rigid in animation. Granted, this could have changed in the months since I played it. The game also performed fairly well, with the exception of one performance crash. Luckily, 4A had anticipated this and had automatic saves set up for my demo, allowing me to continue where I left off.

Even if you’re spiteful of the decision to make the PC version exclusive to the Epic Games Store, it’s hard not to recommend this game. Metro Exodus combines a lot of elements that make for a good experience. Stealth options for those that like the careful approach. Fun gunplay for the player that likes to go in guns blazing. A mixture of linear and open areas in a living world full of detail. It even has a few scares here and there for those that like surprises. Metro Exodus drops on February 15th, so we’ll know just how much has changed soon enough.