I’ll be honest, horror games aren’t easy for me to tackle. A well made horror experience can raise my anxiety and stress levels to their peak. While there are exceptions to this, the latest example would be Capcom’s Resident Evil 2 remake. Any successful horror game makes sure to strike fear in the player in at least some sort of way. Resident Evil 2 has found several ways to make the experience much scarier than the original. Unfortunately for me, they’re all very effective during my review process. 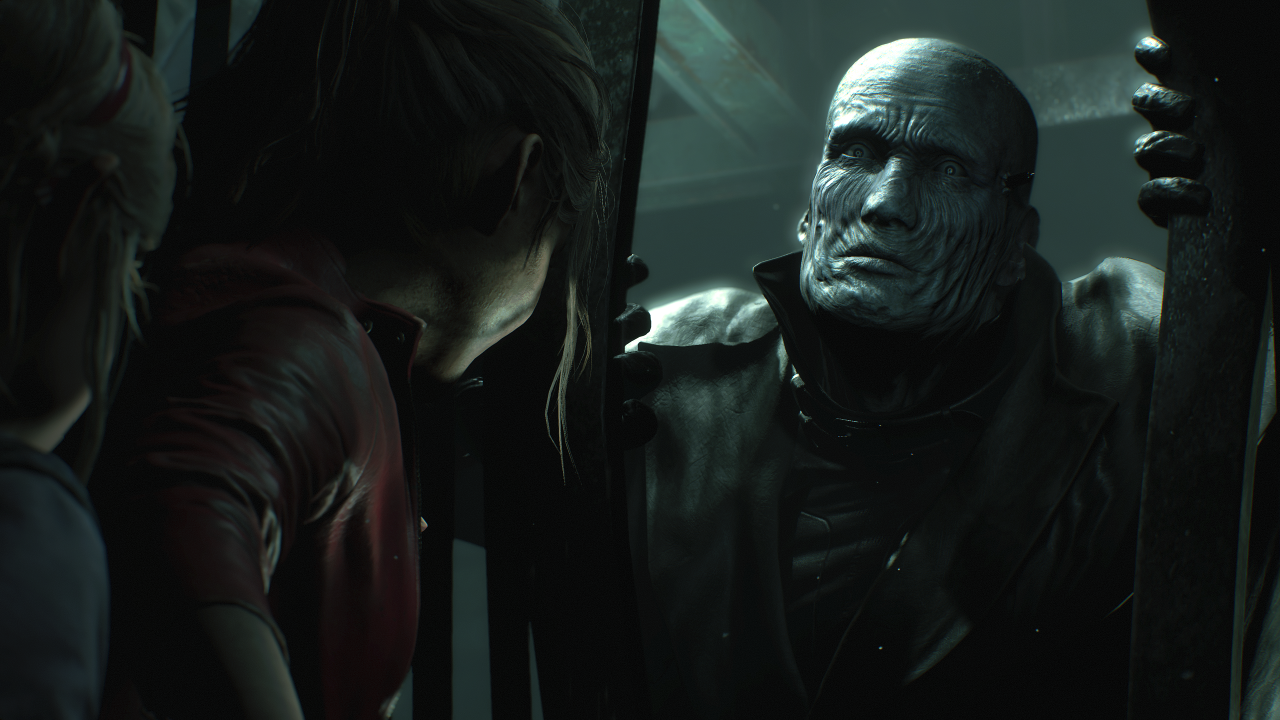 While many critics out there have beaten the game several times, I’m struggling to finish even one campaign. Why is it that I’m so anxious? I’ve beaten several Resident Evil titles, in fact almost all of them, excluding the second and third entries. So what makes Resident Evil 2’s remake so scary? Well, that is likely due to Capcom’s development magic for this remake.

Using the RE engine, first used in Resident Evil VII: Biohazard, Capcom has found many ways to induce horror onto fans. From grotesque zombies to atmospheric lighting, this classic has a very horrific facelift that strikes fear in my heart. Resident Evil 2 is incredible looking, and that may be what contributes a lot to the horror. Zombies are unique and terrifying to look at, and Lickers are as menacing as they have ever been. 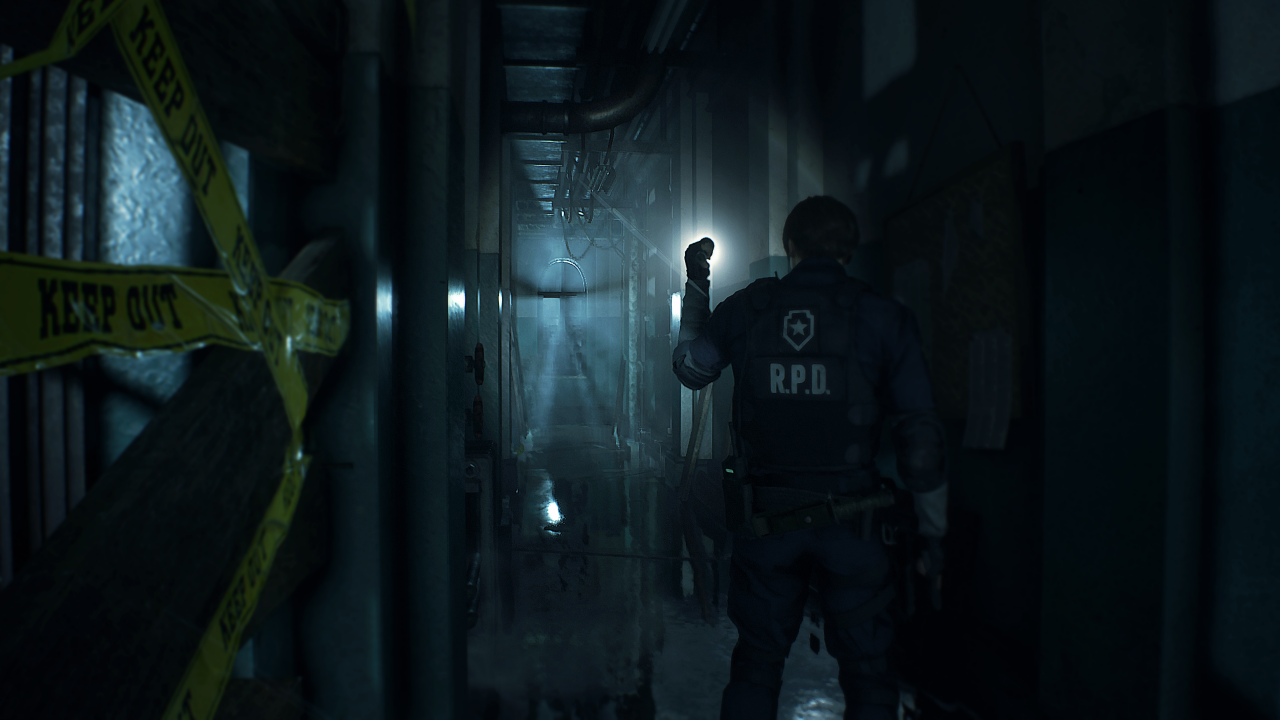 It isn’t just the creatures, but the use of light that immerses the player. Many corridors and rooms lack light, and the player will have to use a flashlight to get through. The use of this tool, plus the oncoming hordes of the undead, can make for a very frightening experience. Even in these dark hallways, there is a brilliant use of light from the windows and other sources. Any time I walk into a dark room, it raises my fear levels quickly, even if there isn’t an enemy in the room.

That takes us to the next strength of Resident Evil 2’s horrors. Even in rooms that are safe, the game makes you feel uneasy with its sound. Footsteps, creaking, and even growls from enemies can be heard from neighboring rooms. On top of this, the player’s character can also make sounds, especially when they’re hurt. Add to this that players are almost always alone, adding the fear of isolation to the mix. Combine all these elements together and it makes a cautious player out of me. Even if I know exactly where to go, it makes me hesitate to even make the attempt. 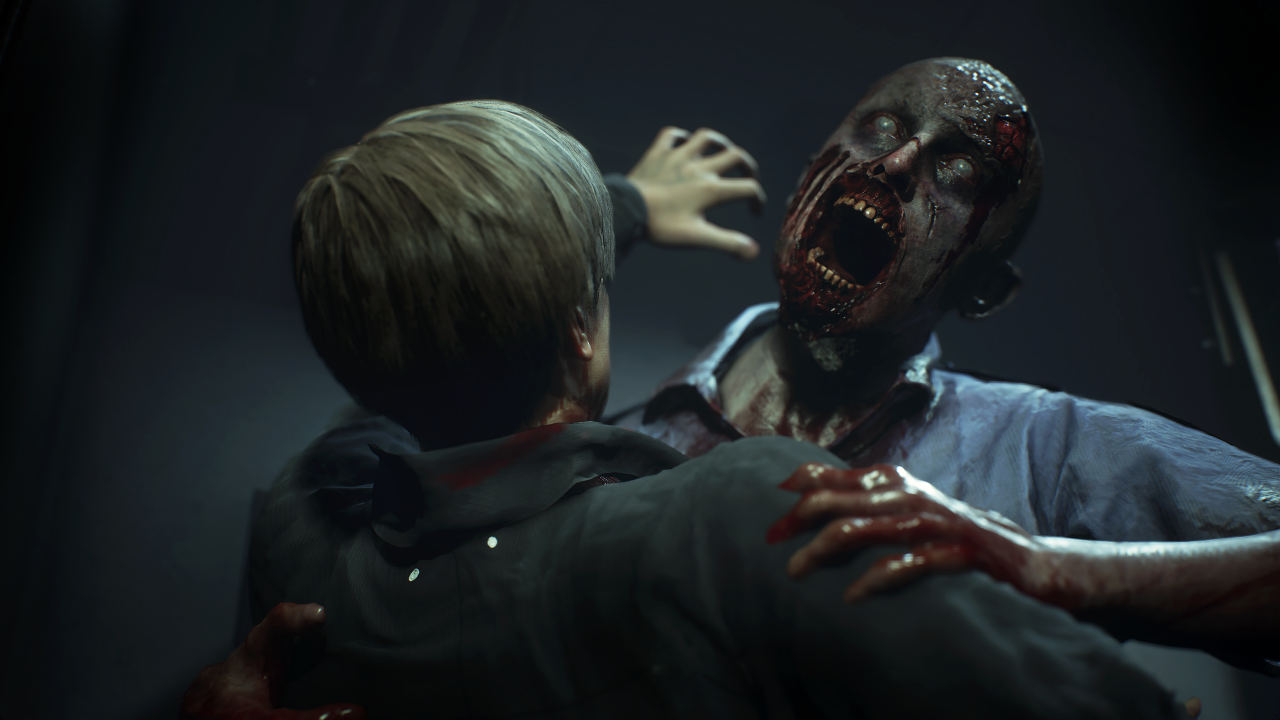 Last but not least, there is fear caused by the gameplay alone. I’ve already mentioned the use of a flashlight, but the real scary part of this game is the survival aspect. Players will have to collect limited ammunition for their somewhat weak weapons. Of course, these weapons get upgraded over time, but there’s a sense of helplessness felt when it takes four headshots to fell a zombie. Even worse, it most likely isn’t dead. The enemies in Resident Evil 2 are incredibly tenacious, often being better to avoid than to waste all your ammo on.

While the zombies are slow and often easy to exploit, they’re powerful in numbers. Even if you have plenty of ammo, it’s easy to back into a dead end and have a handful of zombies shambling toward you. The power of your foes is most evident when facing Mr. X, the powerful tyrant that stalks you in the game. Combining his indestructible force and his ominous footsteps, he’s one of the biggest uses of fear in the game. Even veterans of the game can often get scared when they hear him coming. 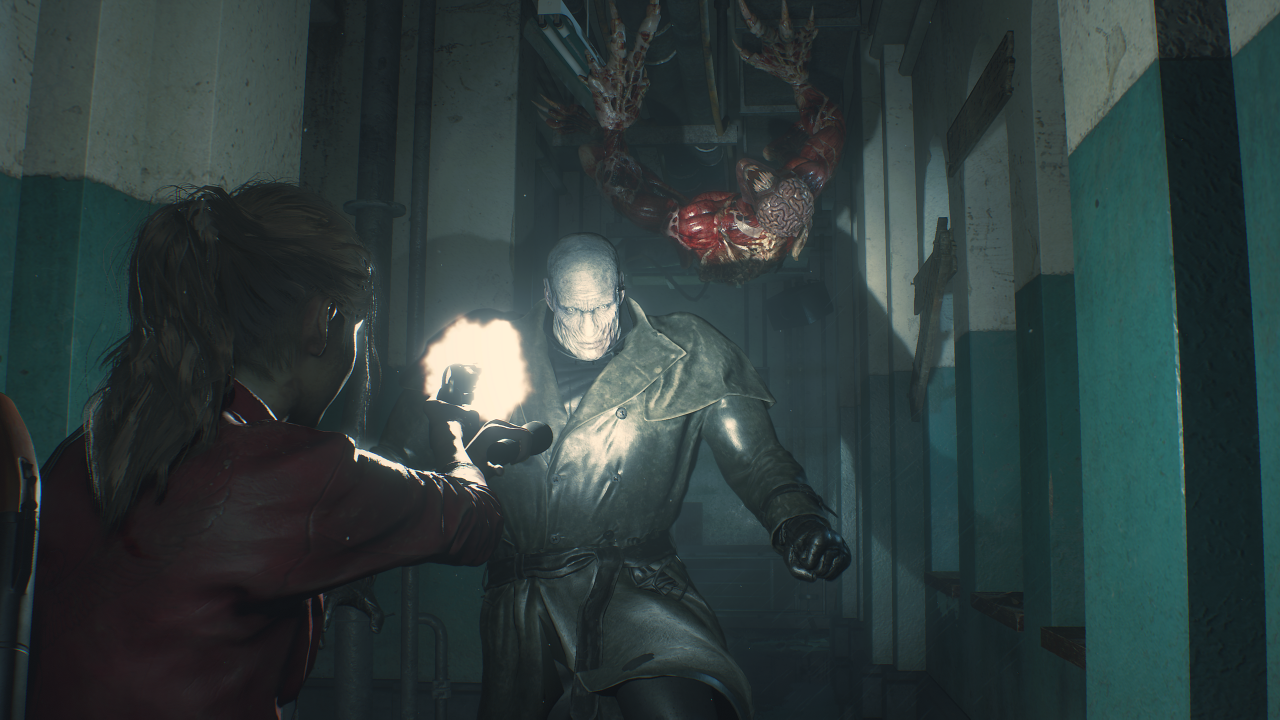 So how, with all these scary elements, do I get over this fear? Well gaining familiarity with my surroundings is one thing. It helps a lot to know where I am going and how to get there. Another way is by scavenging for resources. Having a healthy supply of weapons and ammunition raises my confidence for tackling new areas quite a bit. Even if I don’t plan on using my shotgun on any zombies, it helps to know I have it. Leon isn’t the powerhouse that he was in later Resident Evil games, as Resident Evil 2 is during his rookie cop days. It makes him feel vulnerable, but I’m persevering.

In hindsight, I probably should have given this review to one of my other writers. It does help to bounce between this and Kingdom Hearts III at least. The cheerful nature of that game soothes my anxiety and relieves me of any fear. Even so, I’m improving in Resident Evil 2 and I think I’ll be able to overcome the horrors. I’m only going to get stronger and once I finish one campaign, the rest should be much easier for me to handle. I do better with horror games when I know what I’m doing, so hopefully the rest of the game goes smoothly. 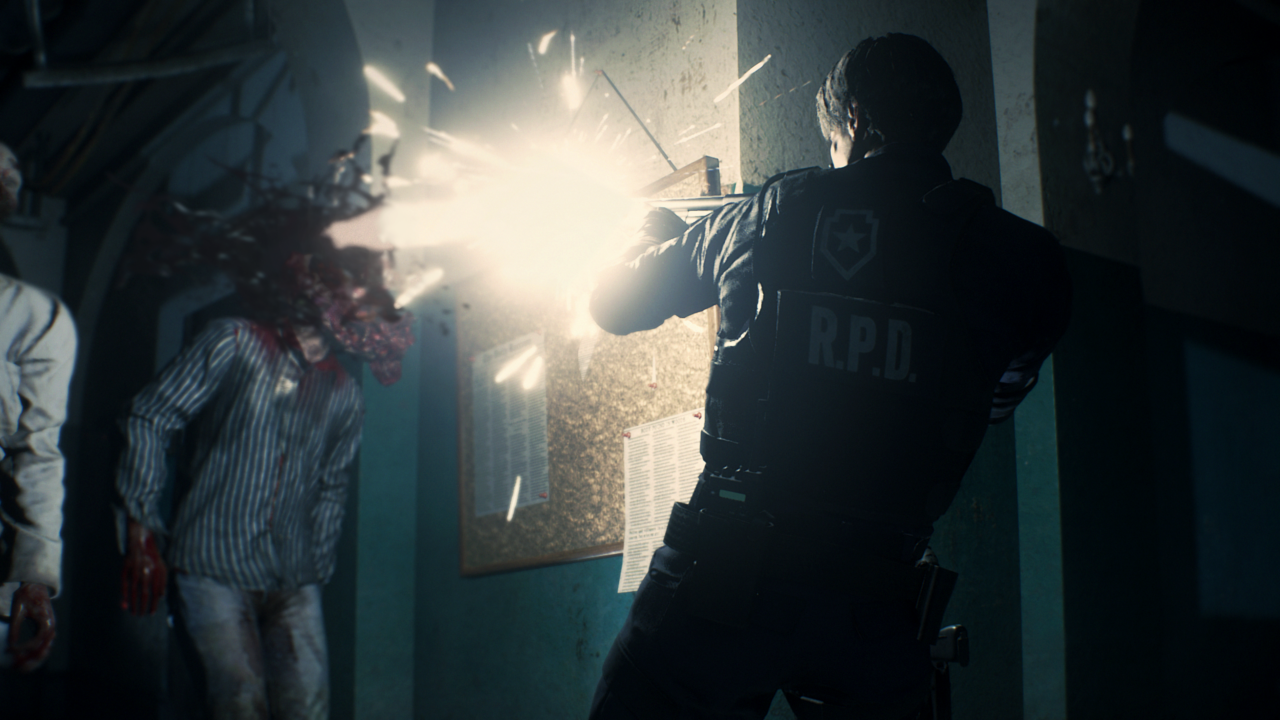 Even though Resident Evil 2 scares the crap out of me, I applaud Capcom for the game. It’s truly an impressive game and even though it causes this much fear for me, I can still see the “Game of the Year” potential in the title. I do apologize to Capcom for taking so long with the review, but hopefully it makes for a good perspective with their game. We should have a review ready sometime next week. What about you guys? Are there any games out there that just scare you so much that it makes them unplayable? What scares you in games the most? Let us know in the comments, as we’d love to hear other experiences.