The journey that the Ace Combat franchise has gone through has been an interesting one. While there have been several games released over the years, the last numbered entry in the franchise was released in 2007. Why this matters is because the story from Ace Combat 6: Fires of Liberation continues on in this years sequel, Ace Combat 7: Skies Unknown. It took a bit of time, but Project Aces has finally brought their flight combat series to this generation of gaming. While there have been other games in this genre, none have quite the same promise of quality as Ace Combat. What the seventh entry worth the wait? 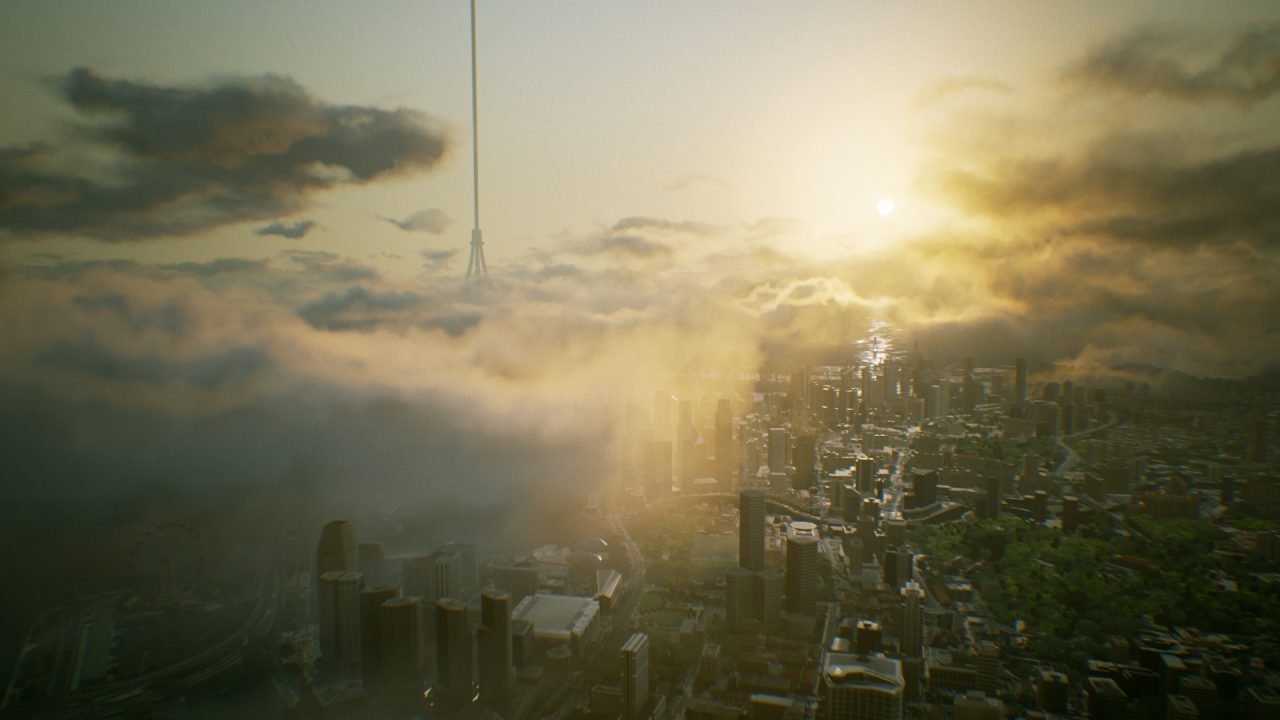 I’ll admit, I’ve never finished an Ace Combat game until finishing Skies Unknown. Having played through all 20 missions in the campaign, as well as the handful of VR missions, I’m left a little conflicted. Not being a flight simulator expert, I was a little overwhelmed by the presentation of Ace Combat 7. Veterans of the series may process the information better, but the game feels like it might be a little much for newcomers.

Skies Unknown takes place in the series’ fictional world of Strangereal, an alternate universe that is very similar to ours. It has different continents and countries, but there are still comparisons we can draw. Following the story of 2004’s Ace Combat 5, Skies Unknown focuses on the aftermath of a peace treaty. The country of Erusea (part of Usea) has brokered peace with the continent of Osea, but unfortunately, peace cannot last. An Osean politician creates a monument in Erusea to boost their economy, much to their dismay. This sparks a war-driven plot that has Erusean forces start invading Osea. 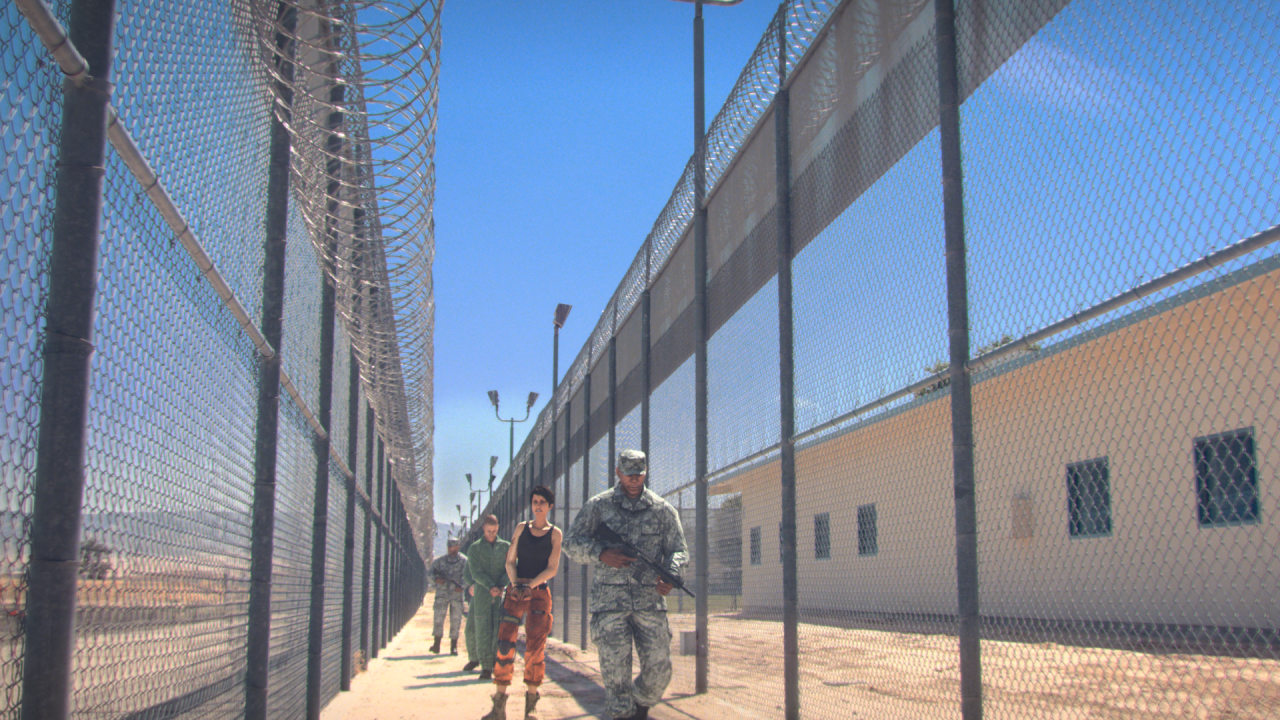 The story is presented in a few different ways. There are many cutscenes that are told from a variety of perspectives, including a mechanic, a princess, and a scientist. It plays out like a Japanese drama, and while the presentation is beautiful, the bouncing narrative and monologues can make things difficult. Mission briefings are a bit easier to follow, even with all the military verbiage. Finally, there is the story presented during the actual gameplay, which is also easier to understand.

The player is a pilot from Osea that uses the call sign Trigger, but otherwise has no other name. Other pilots throughout the plot do have names, but you spend so much time hearing their call signs, it’s almost useless to try and remember their real names. Trigger, despite his skill in the skies, is framed for a crime he didn’t commit, being court-martialed and forced to work in what is basically a “Suicide Squad”. Working with several other pilots with criminal history, the player goes on various missions as the plot thickens. 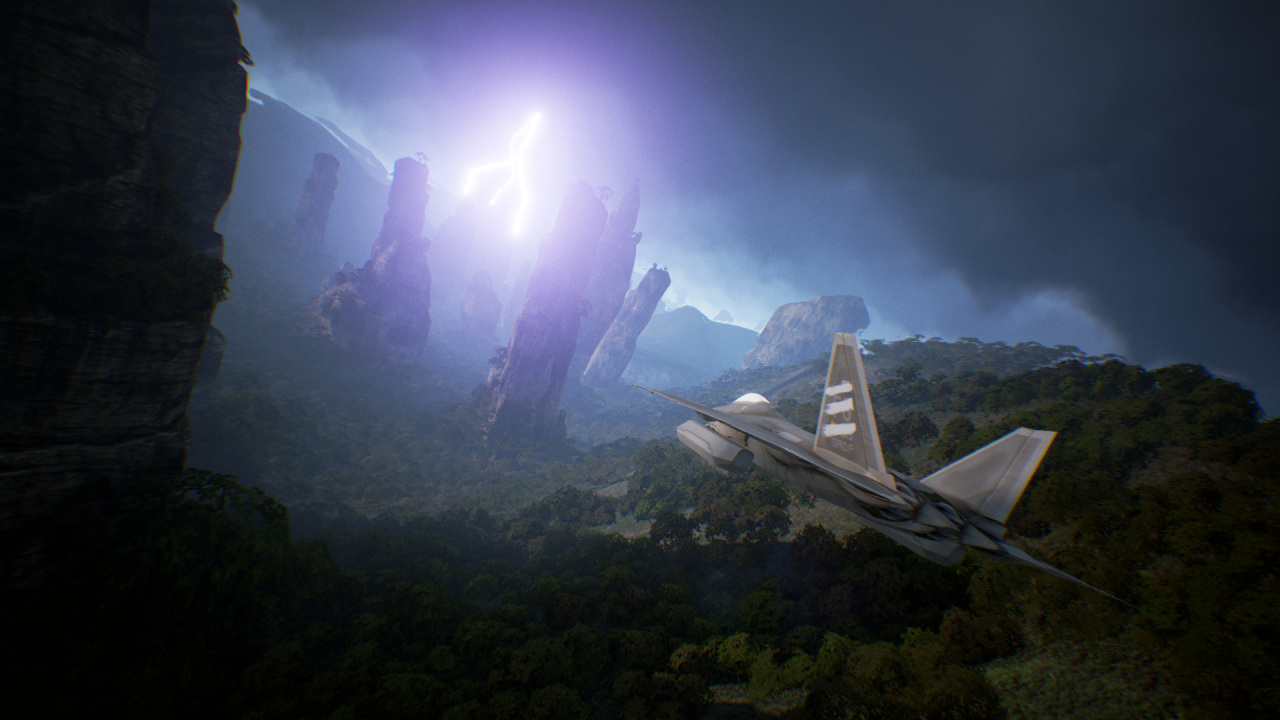 Mission variety in Ace Combat 7 is actually pretty solid. Of the 20 missions, the majority of them introduce new elements and requirements to make them feel unique. In one mission, you’ll be avoiding satellite detection by remaining under the clouds. In another, you’ll be fighting a sandstorm to find targets that occasionally show up on your radar. This is one of the strongest points of the game, doing well to present new challenges to the player.

Despite the great variety across missions, the checkpoint system could be a bit more lenient. Like I said before, I’m not an expert in flight simulators. Having to use a controller for a game where a flight stick is typically preferred, I ended up fighting my own piloting skills than anything else. While I got significantly better with the controls throughout the campaign, I still found moments where I would crash due to various circumstances. While I would get shot out of the sky from anti-air missiles or various other fighters sometimes, I wish this was the majority of my deaths. 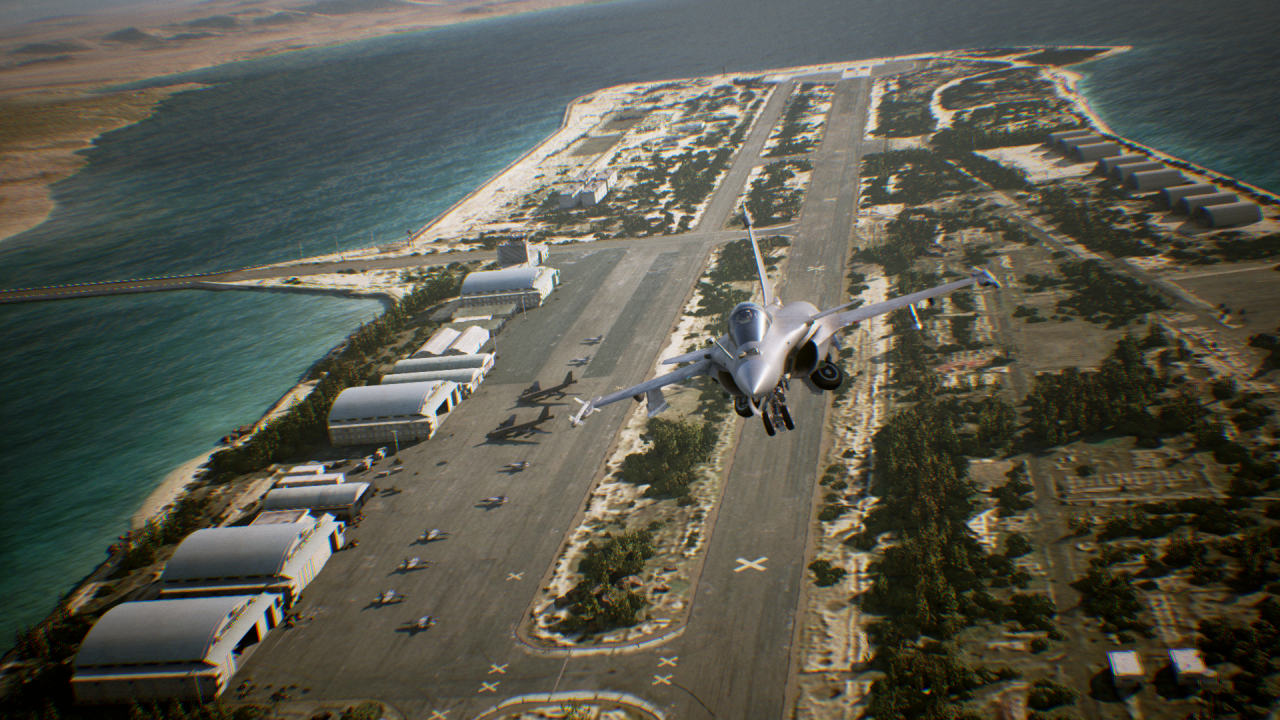 Checkpoints might be a bit of a crutch, but it wasn’t as consistent as I would’ve liked. Some moments felt like a checkpoint, only for me to die and end up starting the mission from the beginning. Other missions required reaching a quota of destroying various targets under a time limit. It’s a little frustrating to spend nearly 15 minutes doing this and suddenly getting shot down, only to have to start from the beginning. I understand why, but it still added a lot of time to those missions in particular. It would also helpful to have a way to change your loadout without having to exit the campaign entirely in the event a different special weapon would be more useful.

Campaign difficulty aside, this is definitely something that will only be an issue for some players. As players complete missions, they’ll gain MRP, the currency needed to unlock new vehicles, weapons and parts in the aircraft tree. This upgrade system, as mentioned before, is a little overwhelming, full of various details and abbreviations. Players will be able to progress during the campaign, getting a few options to change their vehicles and weapons. Some parts can also be helpful for those having difficulty with the missions. 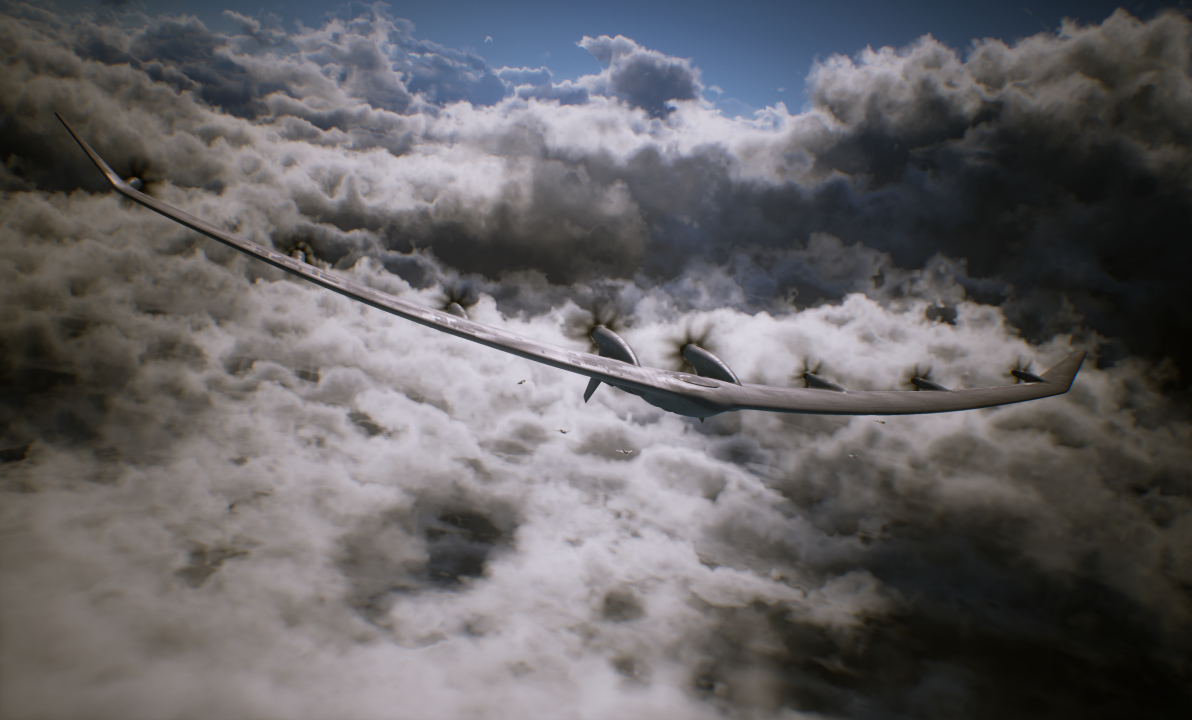 The game is a little disappointing when looking at the visuals. While cutscenes look good (minus a hilarious moment involving a canine), gameplay just looks like it met the bare minimum. While the fighter jets and planes look great, the vehicles and buildings on the ground are lacking in detail. The worst part is the performance, which works best for a gaming PC, a PlayStation 4 Pro, or an Xbox One X. Playing the game on a base console will give a highly inconsistent frame rate and makes one wonder where the issue lies. Even on those higher end platforms, the premium consoles still output in 1080p while only PC can reach 4K.

Even though the graphics aren’t a highlight of the game, the sound design and music is definitely a plus. There’s something very pleasing about the level of detail in the audio experience. From missile alerts to the radio chatter, it brings a certain level of immersion to the gameplay. This is a game that I definitely recommend playing with a headset on. The music alone is full of inspiration, hope, and the sense of wonder that is fitting for flight. Sometimes it brings the most relaxing moments, just flying in the sky as the clouds pass by. 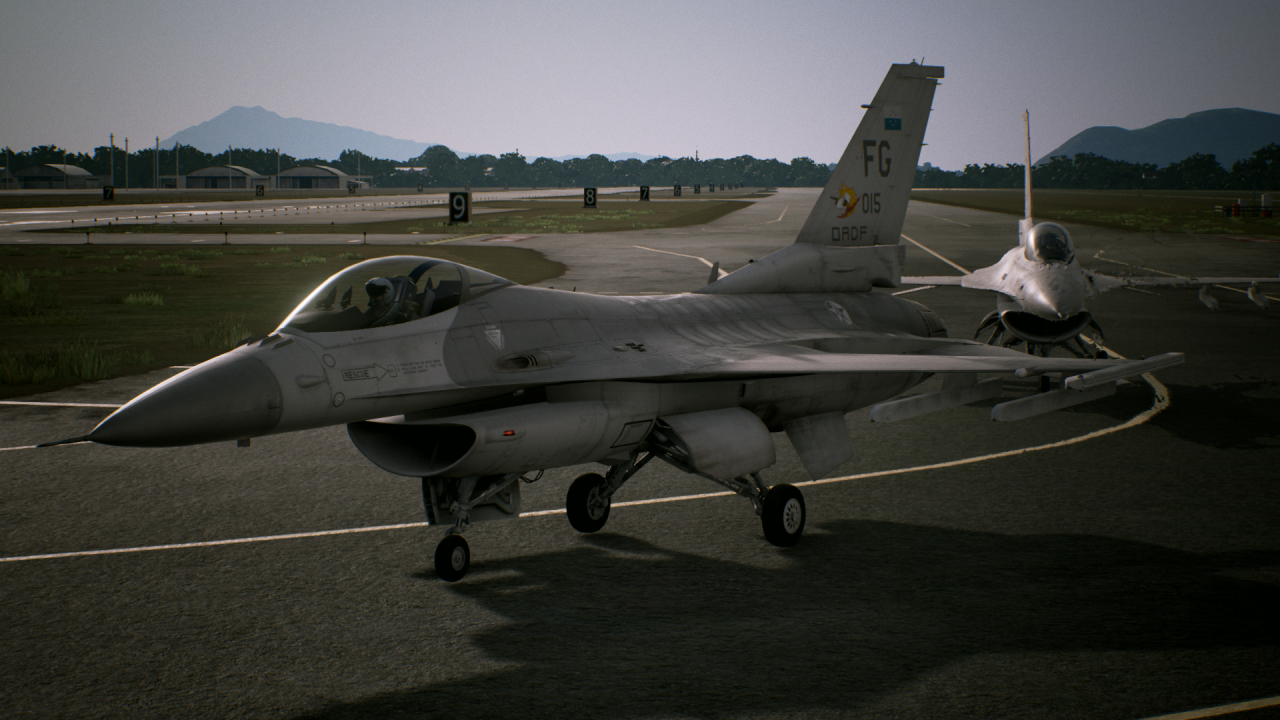 Multiplayer is an option for those that wish to get into the heavy dogfights. It’s recommended to play the campaign first, as a certain pilot by the name of Mister X (no, not THAT Mr. X) is a good test for playing against humans. With Team Deathmatch and Battle Royal, up to eight players can participate in these thrilling battles. It’s strange that the player count was cut in half when Ace Combat 6 supported 16 players, but it’s still fun regardless. Lag was very minimal and the lobby system works, even though rooms can fill up fairly quickly.

While the game offers aircraft customization, players have to go into the campaign or multiplayer mode to reach it. It would have been nice to be able to do this directly from the main menu. Even then, it’s a minor issue that doesn’t ruin the experience. Menus themselves look intimidating but are rather simple in execution. Controls for the game could be easier to access, as I couldn’t find a control layout in any menu. At one point, I forgot what to push to change targets. At least the player can select between a couple different control sets, one for more of a standard control experience, the other for the Ace Combat experts. 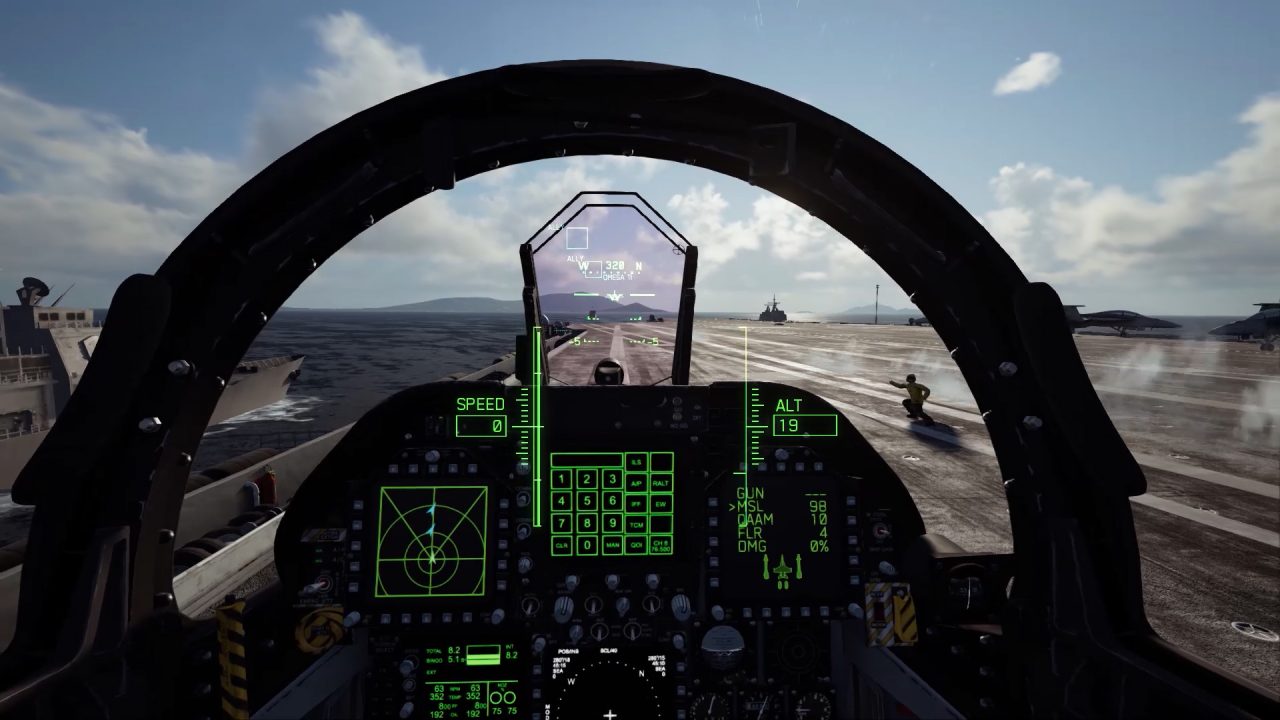 For those with a PlayStation VR, they can take on a small set of missions made specifically for the platform. While not an elaborate story, players will go on missions as Mobius-1, stepping inside the cockpit to take down targets. It looks and plays extremely well, using the expert controls for these missions. Having the ability to look around really makes for a great experience. It might not be enough for a standalone product but it’s a great use of the VR. It works so well that I really wish there was more to do. On another note, it’s a bit disappointing that the VR missions don’t reward the player with MRP, as it would’ve been nice encouragement to keep playing.

Overall, Ace Combat 7: Skies Unknown is a fun game. It’s frustrating yet rewarding at the same time, and it still provides an exhilarating experience. While it’s not the best looking game of the generation, it gets the job done and sounds great doing it. Fans will likely love it, though newcomers will probably have to take time to adapt and get used to it. While it’s a little overwhelming, it’s not beyond reason, and with practice, most players should become a top pilot in the game. Even if the game isn’t super forgiving, it’s an Ace Combat game through and through.