When the Wii U came out in November of 2012, the main title that headlined Nintendo’s ill-fated console was none other than New Super Mario Bros. U. This was the fourth installment of the 2D sidescroller revival of Mario. At that point, while the game was functional and enjoyable, the formula had become rather stale. It’s even more interesting that since then, the Nintendo Switch has been on the market for almost two years and yet only now this simple platformer was ported over. In an age where Donkey Kong Country: Tropical Freeze and Super Mario Maker have been released since, does the Deluxe version of a six year old game hold up today? 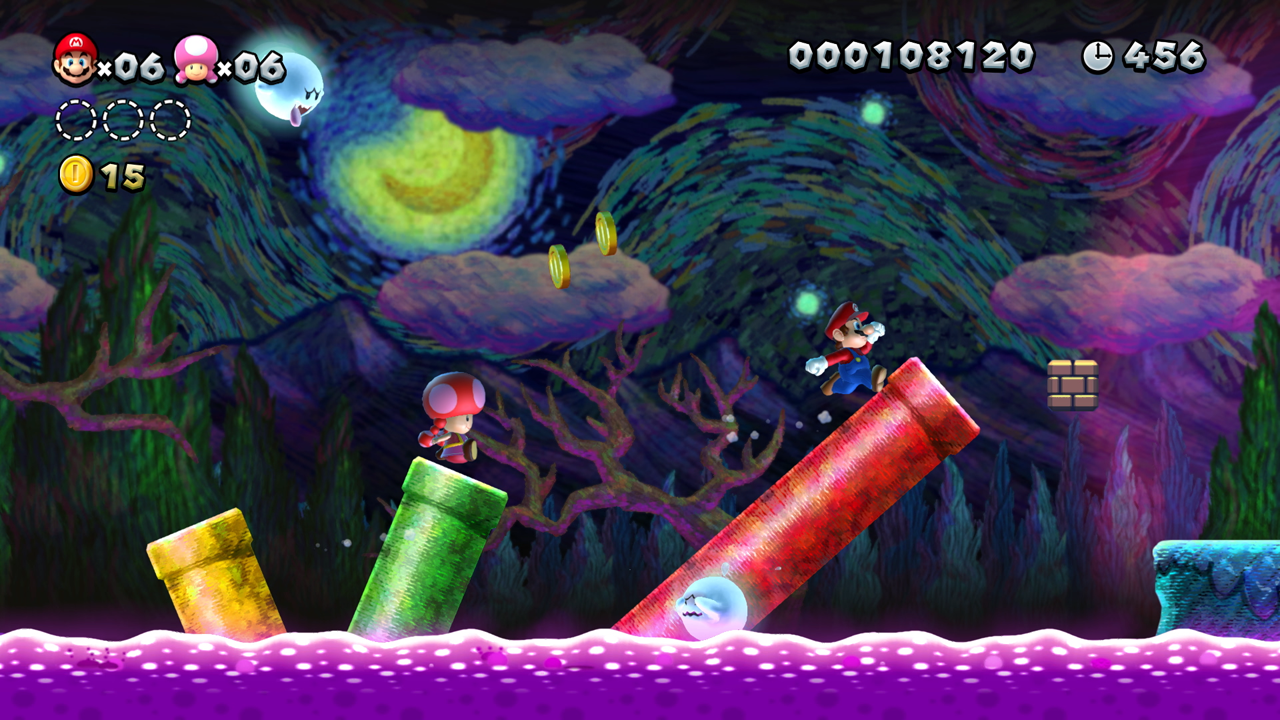 Mario U spans over eight worlds each with their own familiar theme like grass, desert, beach etc. Mario himself still jumps as usual, but his usual running speed seems more sluggish than usual. It’s basically to the point that it’s recommend to hold the run button at all times. He also possesses a myriad of powers. From the classic Fire Flower, to the newer Super Acorn that transforms Mario into a flying squirrel. While it isn’t a Tanooki suit, it’s still fun to glide over vast chasms and even gain altitudes to reach secrets, which is by far the most part of the game. There are also moments that Mario can enlist the help of Yoshi, who controls similarly to how he did in Super Mario World. As well as the newer Baby Yoshis, who can mysteriously inflate and whisk Mario to the air.

The game does have multiplayer for up to four players, but it’s incredibly chaotic. Players can bump into each other, and the camera being further away means it’s harder to distinguish what’s going on. However, players can use the “bubbling” to bypass some harder part of the levels as long as one player stays alive. While Mario brings Luigi and Toad with him, a new addition to Deluxe is Toadette. 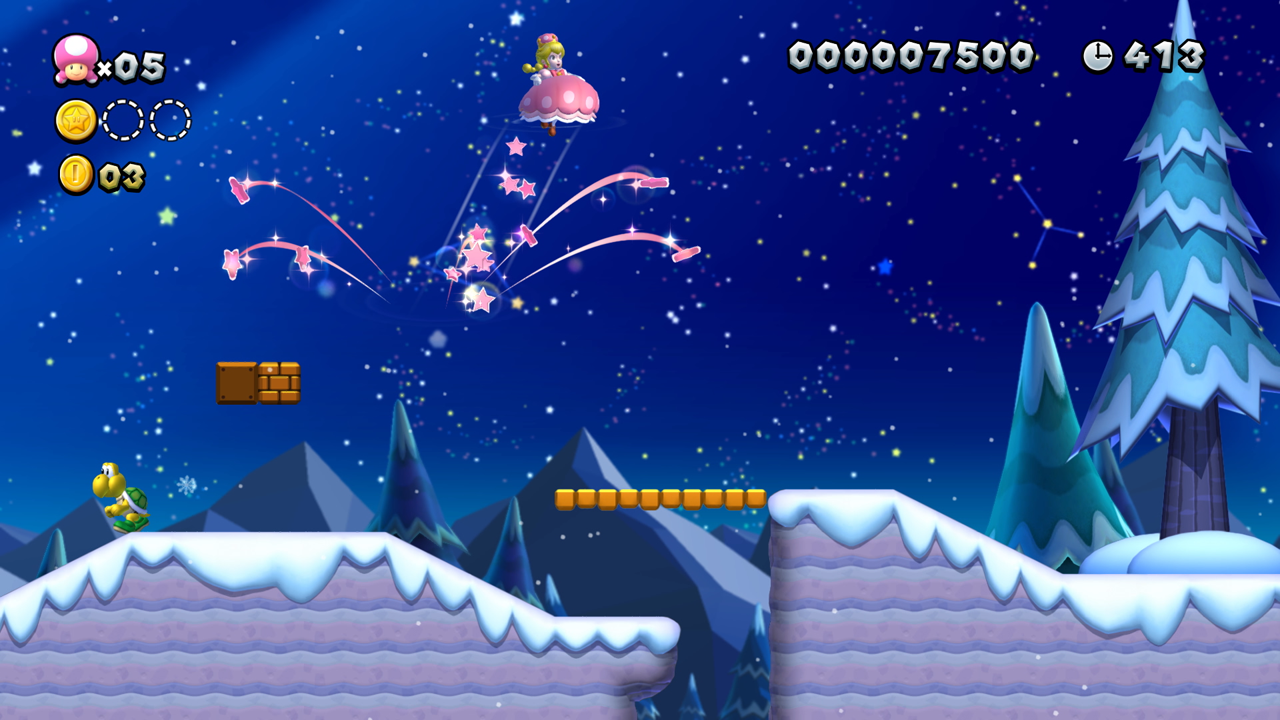 Toadette controls slightly more precise than the Mario bros., allowing her to tackle tougher platforming challenges with ease. Due to this, it makes gaining more 1-ups easier for her than the rest. Her biggest arsenal, however, comes in the exclusive item known as the Super Crown. Obtaining this coveted power-up will transform her into Peachette. Not only can she hover like Peach from Mario 2, but she can also get a height boost like the squirrel suit, only with better control. Nabbit from the Luigi U DLC also makes his return as a playable character. He can bypass enemies altogether, but cannot collect items, which is a rather small price to pay.

Speaking of New Super Luigi U, it remains included in its entirety. The DLC remixes the original levels from the main game, and puts the player under a strict 100-second timer. While it sounds rather unreasonable, it’s actually really gratifying to speed-run a level without losing a life. The extra challenges are also included and are a welcome addition. 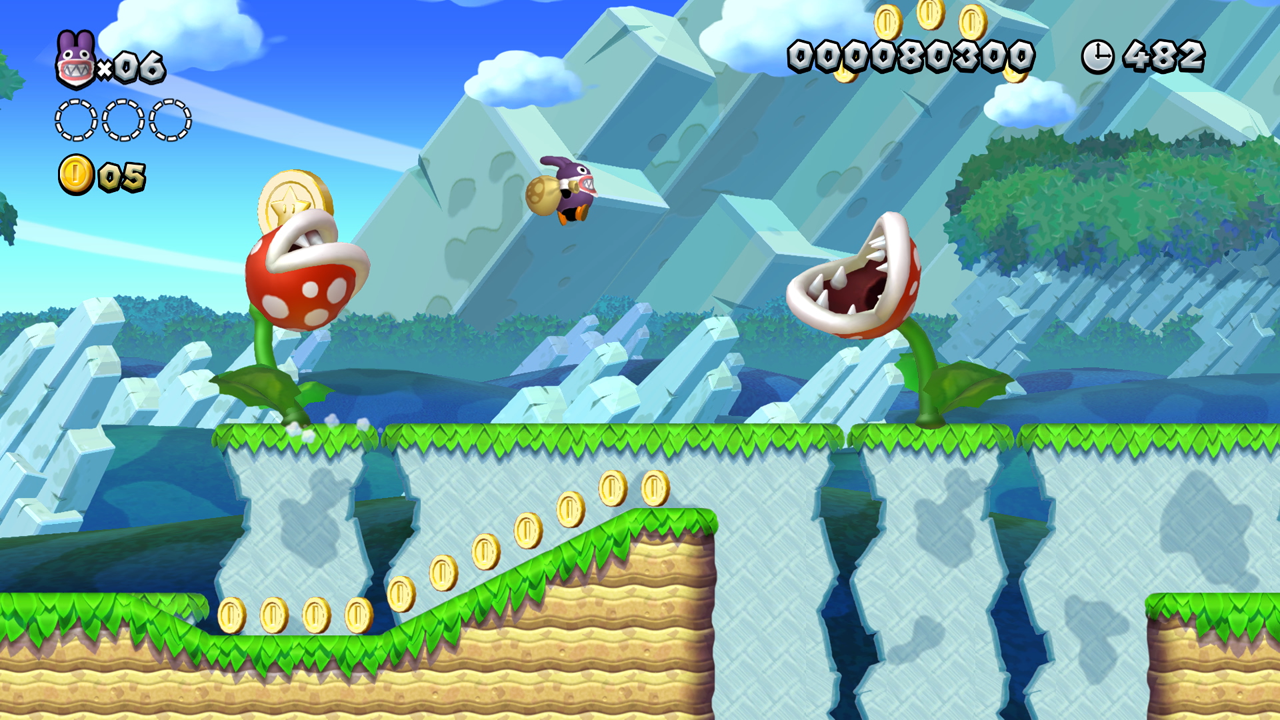 Despite the ho-hum reveal of New Super Mario Bros. U Deluxe, it’s a functioning, if run-of-the-mill, platformer. The levels are still fun with a variety of neat secrets to find. DLC adds more to an already decent package, and while the new Deluxe characters don’t warrant the game’s namesake, they can be fun to use for newcomers to the franchise. There are definitely other options when it comes to platfomers on the Switch. Regardless, Mario’s classic romp still holds up today.