Fans of the No More Heroes franchise may be familiar with Travis’ feline friend, Jeane. Jeane herself is a pretty complicated character to explain in Travis Strikes Again: No More Heroes. Regardless, after Travis beats a couple games, he will receive a fax from Jeane. Yes, his cat can send him faxes. Upon receiving the fax, the player finds out that Jeane is stuck in the game Electric Thunder Tiger II. With only a few clues, the player has to go into the game to find her. Some of her locations are tricky, but thanks to this guide, you’ll be able to find her with ease.

Before getting to the guide, some tips players may want to consider. Jeane is hidden in five locations throughout the course of the game. Upon saving her from the last location, the player will earn the Ξ skill chip (named after the RX-105 model Gundam). This skill chip will make you invisible for a short time or until you attack. For those looking to find her themselves, Jeane will call out with meows when the player is close. It’s also worth noting that pausing the game will tell you if Jeane is in a game or back at the trailer. Now, with that said, let’s get to the guide. 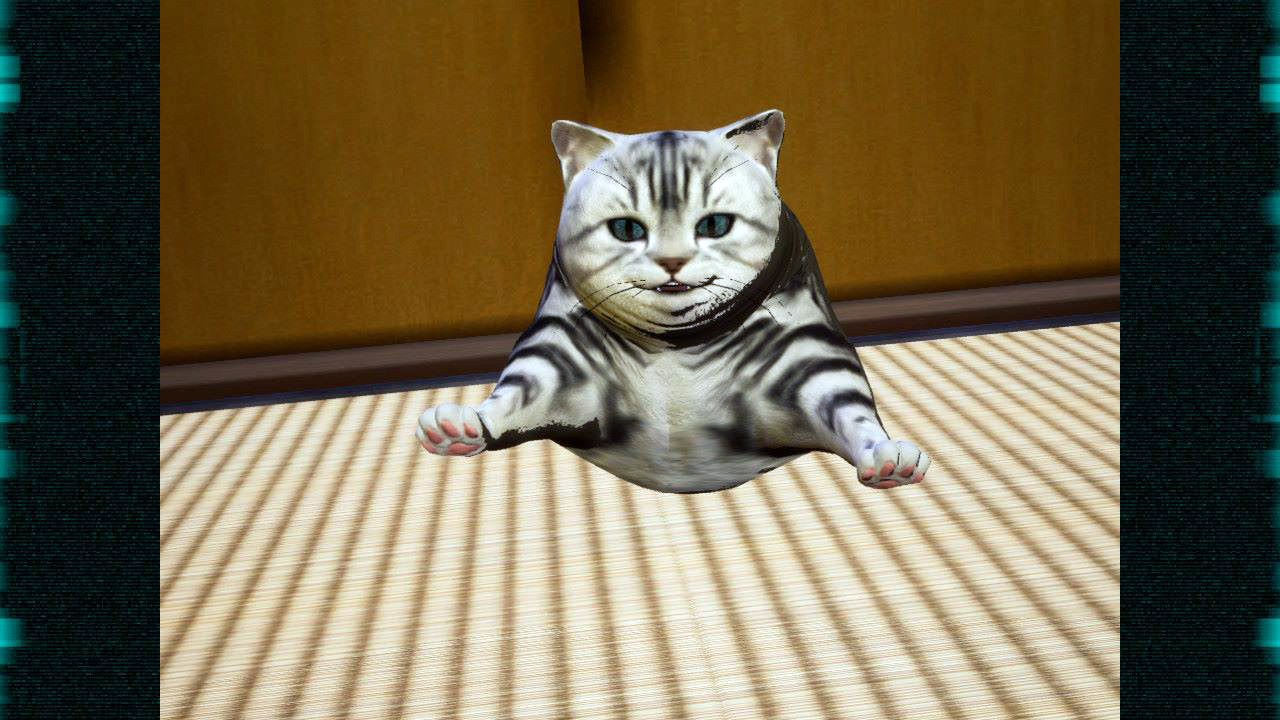 For Jeane’s first location, she says she’s in a dark and wide-open place that’s really high up. Players may remember moving through the stage and moving across a scaffolding above a bottomless pit. Well Jeane is going to be there. Starting from Toilet #001_02, you’ll have quite a bit of ground to cover. Work through four bug battles to make it inside the warehouse. Once inside, you’ll have to fight through a bug battle and pass a few electric floors. You’ll fight a Bug Gates (exploding enemy) and continue on, wanting to avoid any alternate paths. When you come across a fork in the path, go straight instead of left.

You’ll fight another bug battle, upon defeating them will open up two paths. Take the left one and go left at the fork (right will be a series of electric floors). Two bug battles will impede your progress, so dispose of them quickly. You’ll then reach the room where you have to rotate platforms. Hit the first switch twice and take a left, defeating the four bugs and take another left. Hit this switch twice as well and make your way across the platforms to reach the north exit.

You’ll move through a path of more bugs, and be careful of more exploding Bug Gates. Move across one bridge with electric floors, defeat a few more bugs and you’ll move across one more bridge. Upon crossing, there will be a south path you can take. Move down this path and mind the electric floors to come across Bugxtra and Jeane. Upon saving Jeane, you’re free to exit the level and return to the trailer. You can do this for each location in this guide. 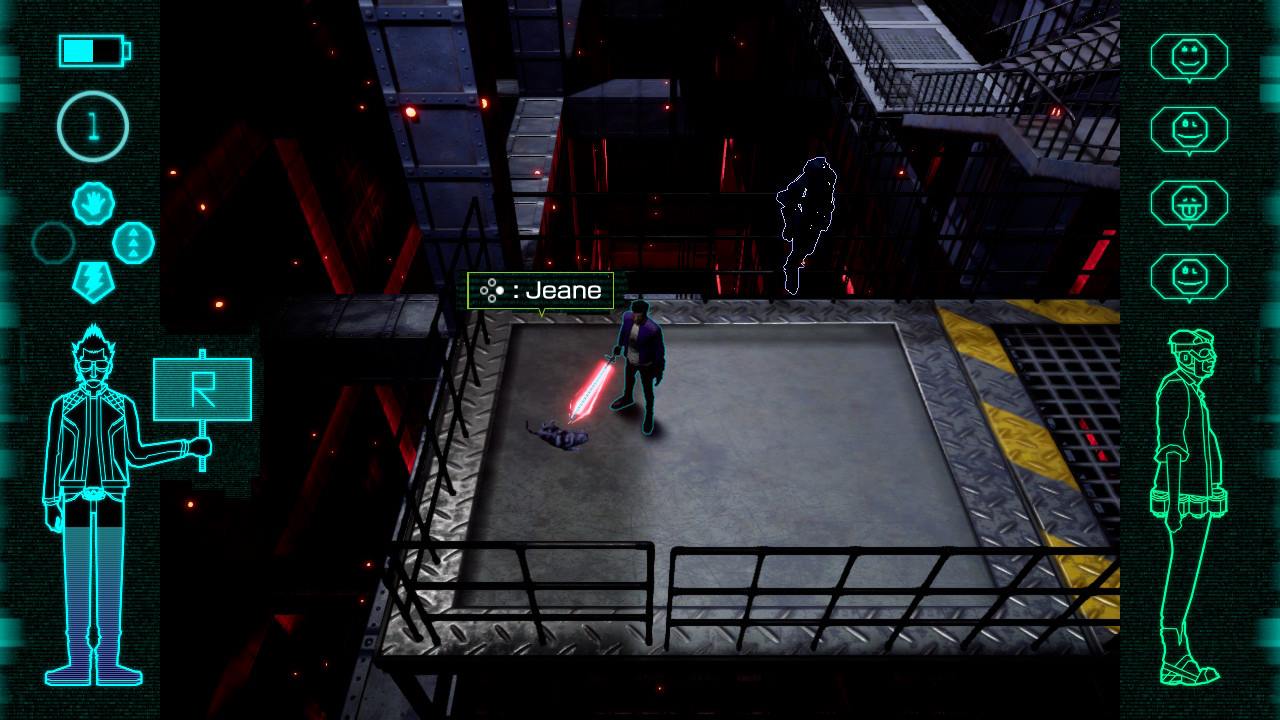 Upon finishing the game Coffee & Doughnuts, Jeane will send out another fax. She says shes in an abandoned house with bloodstains in the room. Luckily, this is the quickest location to save her from. Jeane is actually in the mid-boss house in this game. Since each house has a toilet, you only need to start from Toilet #002_05, taking you right to the house. No enemies to fight here, just move to the northeastern room in the house and save Jeane. 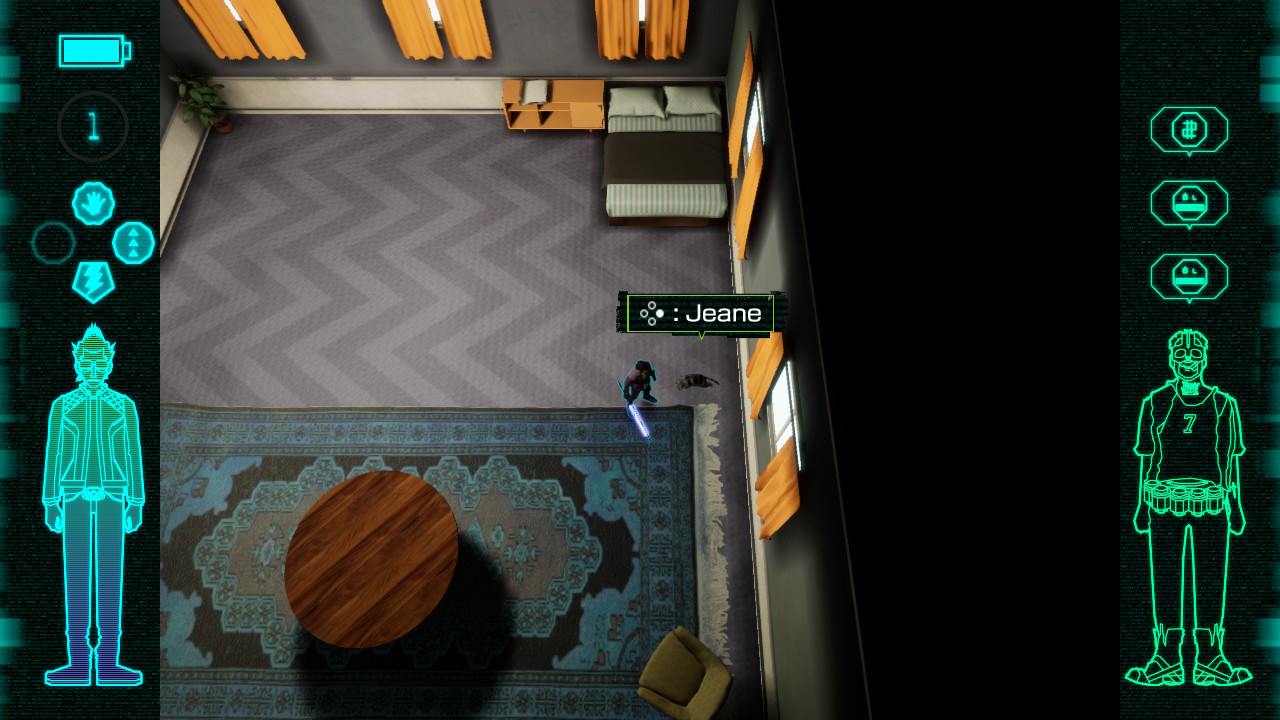 Finishing the game Golden Dragon GP will have Jeane send another fax. She’ll describe the large mansion the game takes place in and mentions terrible interior decorating. With this game, there is no selection of where to start from. Luckily, that isn’t necessary, as accessing Jeane is rather simple. Upon starting from the mansion entry hall, players will want to get up to the fourth floor.

Go up the stairs and take a left, going all the way down past all the rooms till you reach an elevator. You’ll take this elevator to the third floor, then take one more elevator up to the fourth floor. You’ll move right toward the middle of the hallway (near where the final two bodies were). You’re going to look for room #404. It shouldn’t take long to find, and once you enter, Jeane will be waiting on the right side of the room. 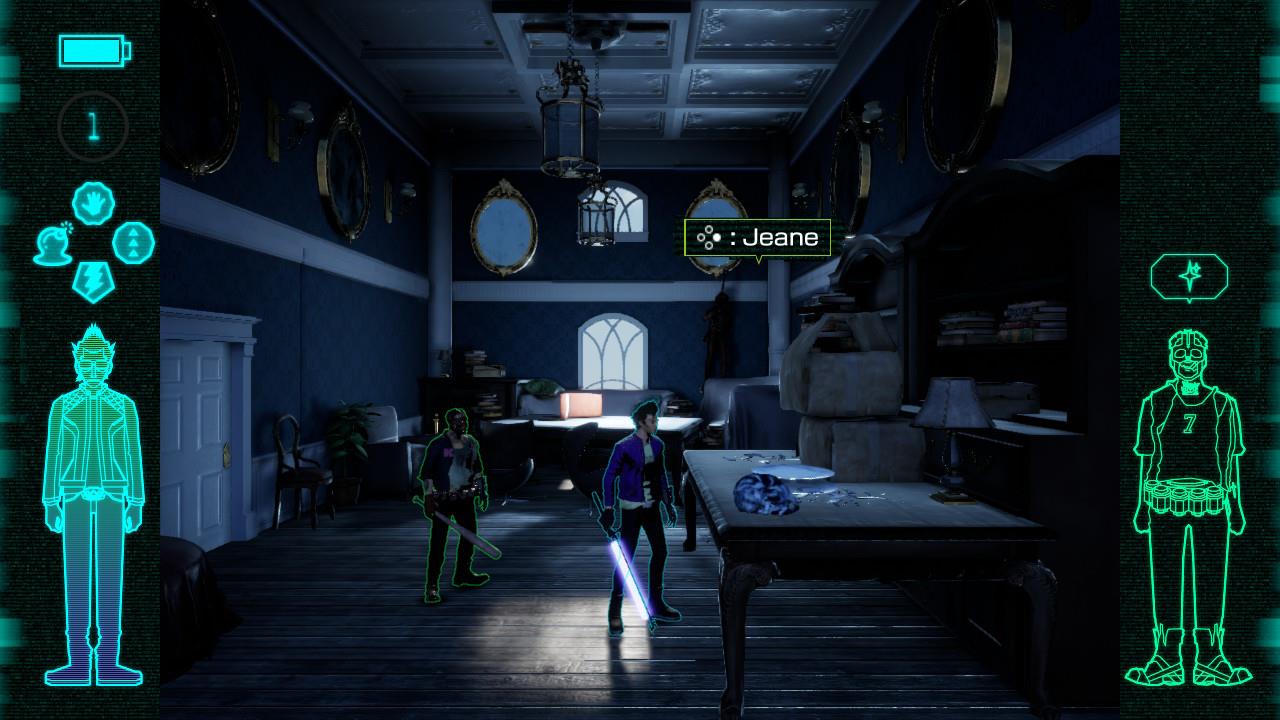 Okay, this game isn’t exactly easy to figure out. There are drag races, labyrinths, and various circumstances to find all the secrets. Jeane is no different, but we’ll try to make it easy for you. When you finish Killer Marathon, you’ll get this fax. The clue she gives doesn’t help much, just describing tatami flooring in Japan. Upon entering the game, you’ll make your way to the door on the right. You’ll have a few floors to choose from, but we’re going to select the 64th floor.

Now this is where things get tricky. In our experience, we found three variations to this floor (so far), and you’ll need one specific one to get the right path to Jeane. When you access the floor, you’ll want to make sure the door in front of you has three coins. If it is two or four, then it is the wrong path and you won’t be able to get to Jeane. Leave the game and return to the trailer and repeat the process until you get the three coin path.

Once you’re on the right path, you’ll move north to the next room, defeating the bugs to open up the northern door on the left. Defeat the next bug battle and instead of continuing north, you’ll go southwest to a door that opens up. You’ll make your way into a room full of coins (and an Azteca Stone), and at the most southern part of the room, Jeane will be waiting. She’s obscured by the wall, so you’ll have to find the prompt to save her. 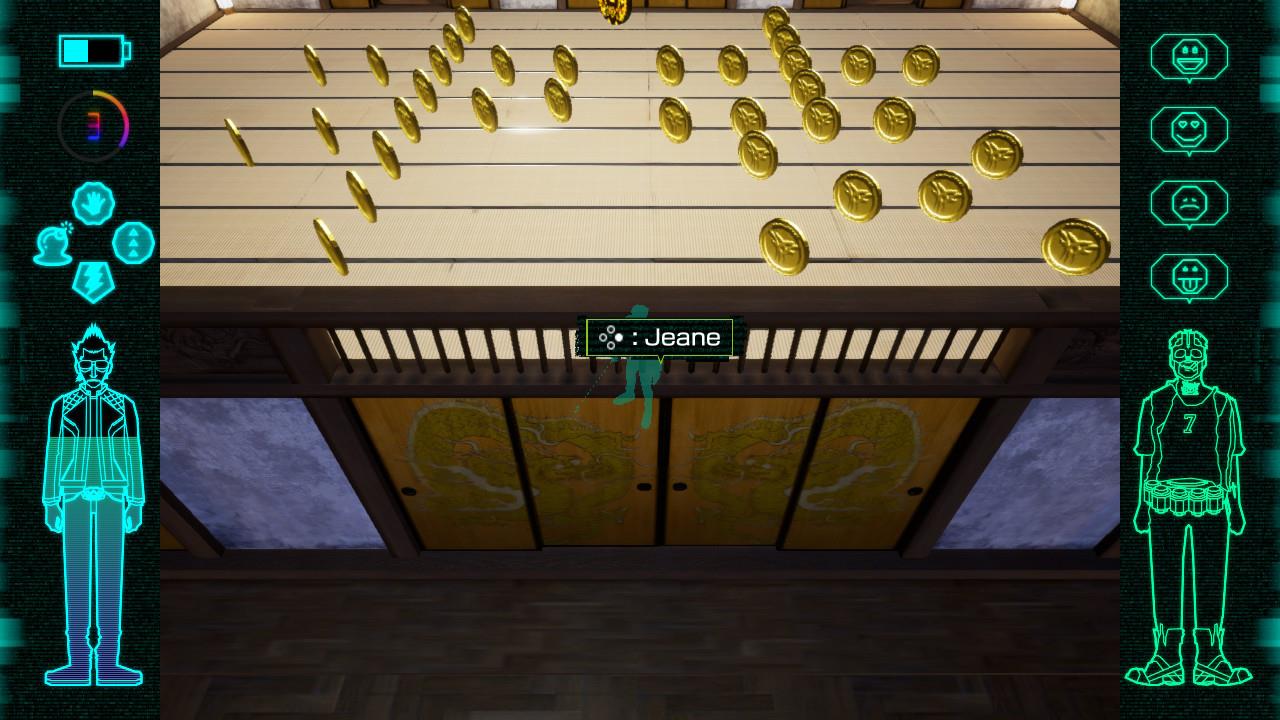 While Serious Moonlight holds a certain Suda51 reference itself, it marks the final Jeane location. You’ll actually obtain the fax for this one right after completing Serious Moonlight. Jeane gives a good clue for this one, mentioning a back alley past a large fountain. This is actually in the area just before the Serious Moonlight boss, but unfortunately, you’ll have to work from the previous checkpoint to reach Jeane.

Start up the game and select Toilet #006_03. You’ll have to do this entire segment, battling past many bug battles in various areas. Work quickly, as taking too long to fight enemies will drain health. You’ll reach the maze of kiosks with a gate at the end requiring players to collect three specific items to progress. Once you fulfill the criteria, you’ll pass the gate and enter the next section where the ramen shop is.

In this area, you’ll move north and fight in one last bug battle. It should be obvious where Jeane is at this point, as there are two barriers north of the screen. Once the battle is over, the barriers will dissipate and moving to the porch in the northwest corner will allow players to save Jeane one last time. Upon saving her, you’ll be rewarded with the Ξ skill chip. 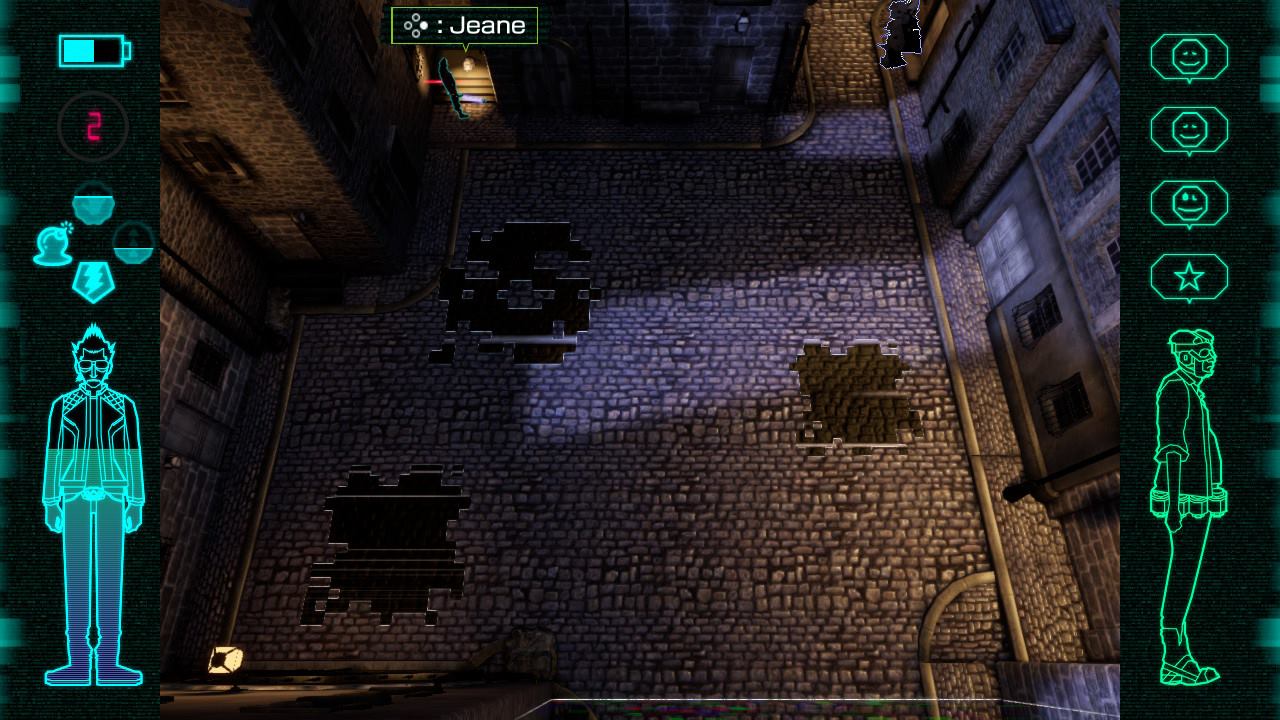 It’s a really good feeling to help animals. We hope this guide helped you out. We hope to look forward to more No More Heroes news soon!