The Last Remnant Remastered has arrived on PlayStation 4, allowing fans of the original and those who were interested but have not yet played it (such as myself) to dive into the game. Will it be a memorable RPG, or fade to obscurity?

The story within the game centers around the son of famous researchers, known as Rush Sykes. He is quickly taken to the city-state of Athlum, where he explains his situation to the ruler, David. David, knowing of Rush’s parents, decides to contact them as well as house and assist Rush in attempting to locate and rescue his kidnapped sister.

From there, things quickly escalate and the story can feel like it’s all over the place at times. The pacing can also be better in sections, but overall, the story should be interesting enough to keep one’s attention.

The gameplay of The Last Remnant Remastered can honestly feel overwhelming at times, and to master the systems, you will need to dig into them a bit, or find some guides online that explained them from the title’s prior release. The first thing that some RPG fans like to know is whether or not there are random encounters. The answer is that there are not; You see the enemies on the map and can attack them/engage in battle at your leisure. This includes getting several enemies together and striking a once, launching the battle with multiple foes, or, if you prefer, you can take them on one at a time. Though tackling many at once can be rather challenging, it also comes with greater rewards, allowing you to balance if the risk is worth it.

Once engaged in battle, your squads (or unions, as they are called) can be given different options to engage with. Rather than the standard RPG fare of choosing exactly what to do (Magic, Fire 2, for instance), you can only choose approximate actions, such as “Use Magic Arts,” after which the units within your union will utilize the attacks they feel are best. These special orders, however, do cost action points, so it is always a good idea to keep a plan in mind as you battle so as to not run out and get into too much of a bind. As the units attack or defend, occasionally you’ll get a button prompt. If you successfully time your press then you can deal more damage or counterattack, for example. You can also speed up battle with a Turbo mode, which can be a nice option for those who don’t want to watch the full thing play out every single turn. 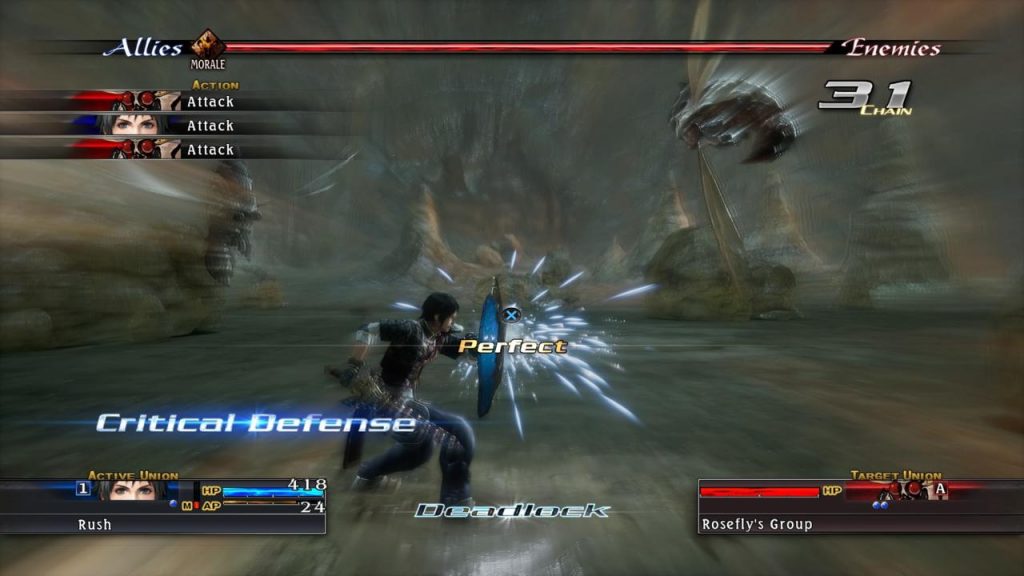 One annoyance can be that the commands that pop up aren’t always what you need. For instance, you may need to heal up, but only have the option to attack with a variety of arts. This only happened to me personally a couple of times, although I have spoken to those who have had it happen more often, so perhaps I was just lucky in that regard. That noted, you can also somewhat influence the commands that will appear during combat by disabling certain skills that your units can utilize.

On the note of unit/union customization, you can set up your unions to take specific formations in combat. There are a variety of formation you can unlock, many from the guild quests you can undertake as you play through the game, and each one enhances different statistics of your group. This customization, combined with the number of units you can recruit as you play, allows you to build a variety of powerful unions, each specializing in something different.

As you battle, you increase your Battle Rank. Your units will also learn new abilities as they utilize more and more of their combat skills. The game also features some interesting crafting systems, which, like the other systems, will take some digging into if you plan to master them.

One final thing to note is that Rush, who can utilize all of the different weapon types within the game, is the only one whose equipment you can mess with, and thus, he is by far the most flexible character you will utilize during your journey.

If you’re expecting a game to look like it just came out this year, then you would be disappointed. Remember; This is a remaster of a game that originally came out in 2008, and, as such, even with improved graphics, it won’t look like other titles built specifically for the console and year in question. That noted, the graphics are nice, as is the audio, working together to help immerse you in Rush’s adventure. 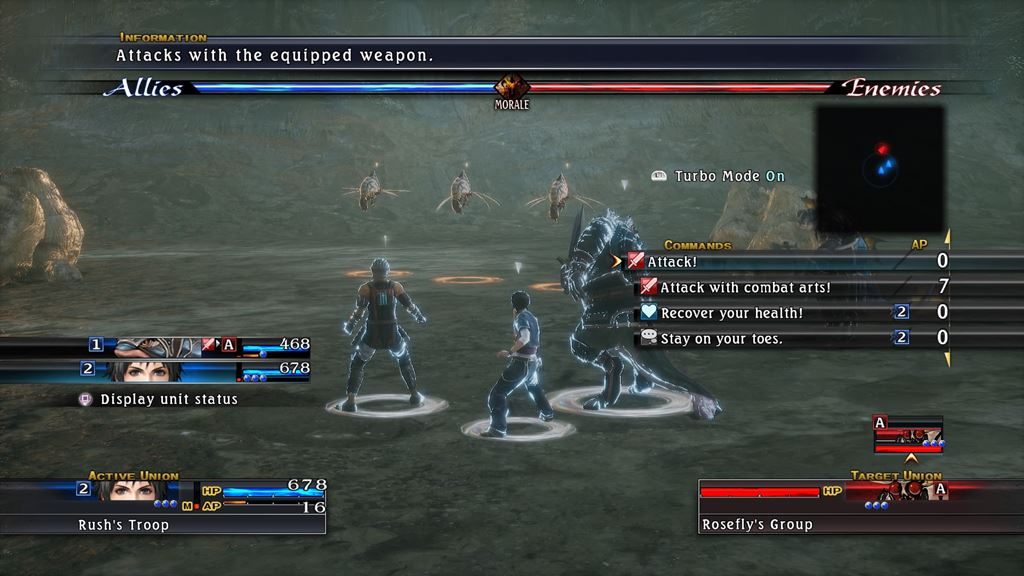 Although the story does suffer several pitfalls and the game systems can be confusing at times, it still comes together to make The Last Remnant Remastered quite a fun JRPG that fans of the genre should enjoy.