Atlus and developer P-Studio released quite the hit last year with Persona 5. Being the most successful Persona game yet, it was only natural that there would be more to see from Joker and his band of Phantom Thieves. In comes Persona 5: Dancing in Starlight, a rhythm game spin-off in the style of the previously released Persona 4: Dancing All Night. Will it take your heart like the fantastic RPG? Or will it falter? 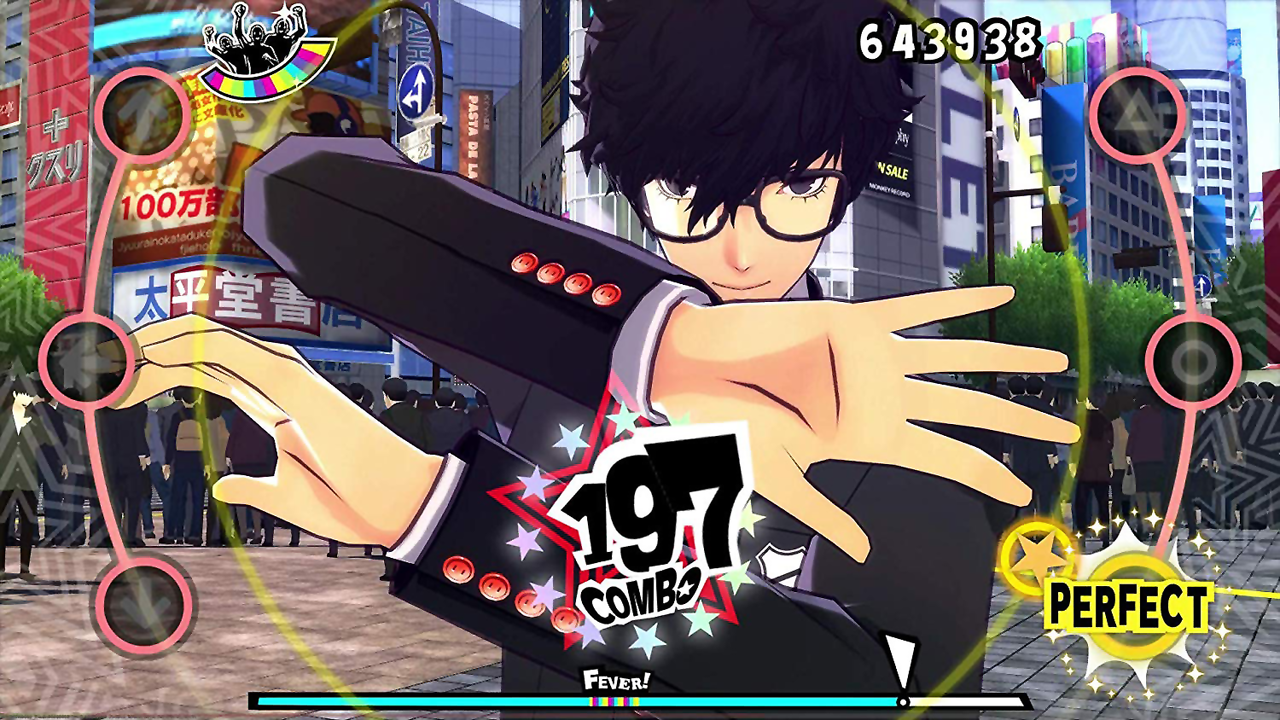 Persona 5: Dancing in Starlight takes the notorious Phantom Thieves into Club Velvet, a decorative version of the Velvet Room that takes place in their dreams. Due to the events in Persona 4: Dancing All Night, twin wardens Caroline and Justine decide to compete with their sister Elizabeth (who is hosting the events of Persona 3: Dancing in Moonlight) to see who has to most exceptional guest. The story isn’t anything groundbreaking, but the social events give us more time with the characters we grew to love in Persona 5. It’s worth mentioning that finishing Persona 5 is recommended, as there can be light spoilers in this game.

The gameplay is identical to Persona 4: Dancing All Night, with only minor changes in the presentation. Notes will move toward markers representing the triangle, circle and cross buttons, as well as up, left and down on the d-pad. As they reach the marker, players will have to press the corresponding button with either quick presses, holding it down, or simultaneous presses with another button. Rings will also move toward the markers where players will have to flick an analog stick to perform a “scratch”. Normally, the rings can be ignored without consequence, but for players going for higher scores, it’s a requirement. 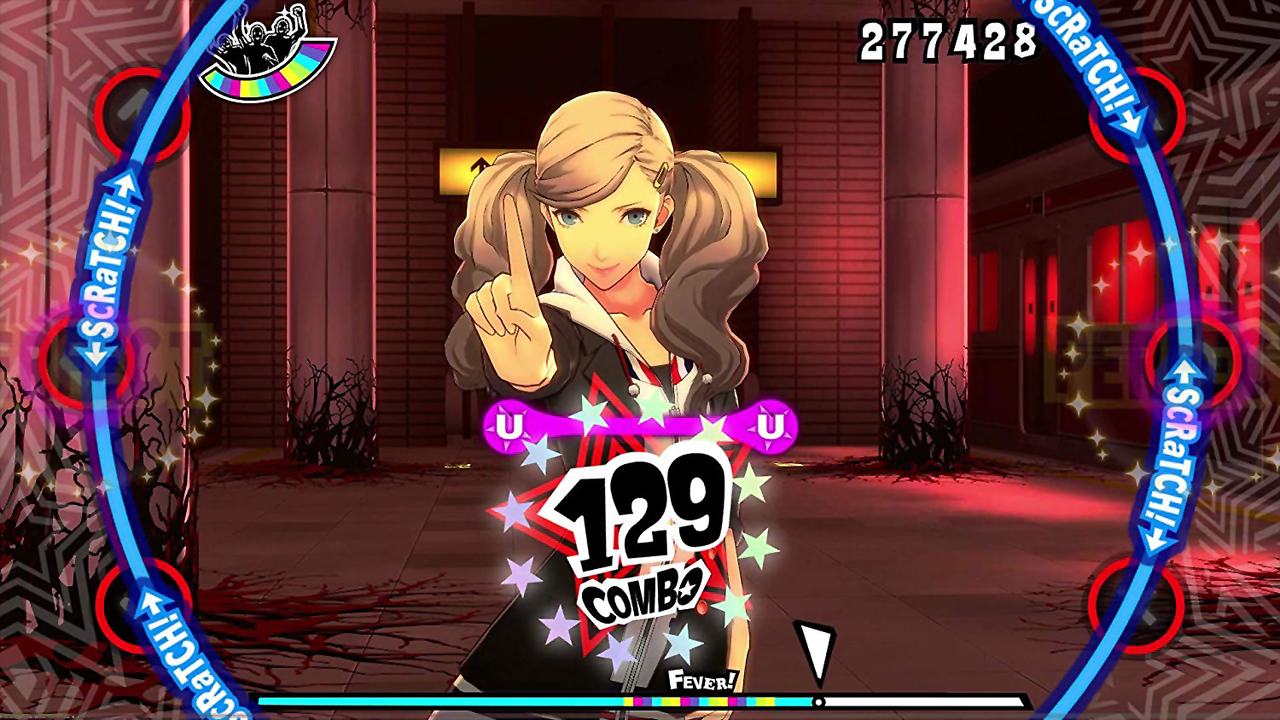 One thing that I found interesting is some of the charming tidbits from Persona 4: Dancing All Night were removed. Characters no longer summon their Persona, which is disappointing given their cool designs in Persona 5. Another interesting change is that none of the shadow creatures appear in the performances anymore. This is mainly due to the nature of the plot, but it would’ve been a nice touch to see those options return.

As players perform the various dances, they’ll unlock various social interactions with the characters. Each social interaction has different criteria, from wearing different outfits to getting a certain number of perfect inputs. When unlocked, fans of the series can get a bit more character from the various Phantom Thieves. It still gives the protagonist (named Ren Amamiya in this game) dialogue options, though they don’t have any real purpose outside of entertainment. Finishing social interactions will unlock outfits, accessories, and more for the characters to wear when they perform. 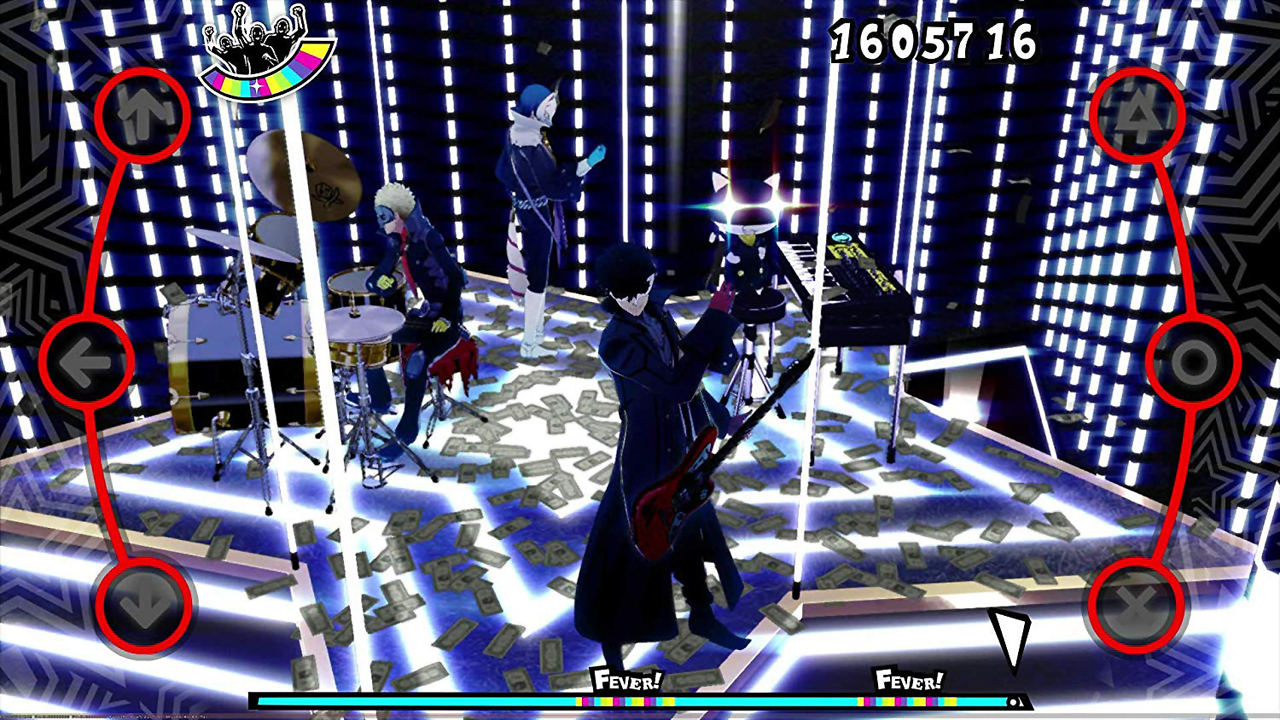 Getting to the actual music, while the quality is good, the variety is a little lacking. Persona 5 has some excellent music, but it has some drawbacks when making its way to a rhythm game. For one, acclaimed South Korean performer, Lyn Inaizumi, performs all of the vocal tracks. While she sounds great, it limits the vocal tracks to a handful of songs and several remixes. While Persona 4: Dancing All Night was mostly vocalized by Sihoko Hirata, some tracks still had Yumi Kawamura as well.

Persona 5: Dancing in Starlight, while not having a ton of song variety, does still offer a good amount of content. There are plenty of costumes for characters, some offering a bit of fan service. There are even moments where players will have to explore character rooms in first person to find a hidden card. Fans of Persona 5 may have a lot to appreciate here too since it gives new perspectives on familiar content. It helps that there’s a bit of a graphical boost from the original game. It’s also worth mentioning that while there is a PlayStation VR mode, it’s more or less a model viewer. Exploring rooms also gives players the option to do so in VR, which is a decent experience at best. 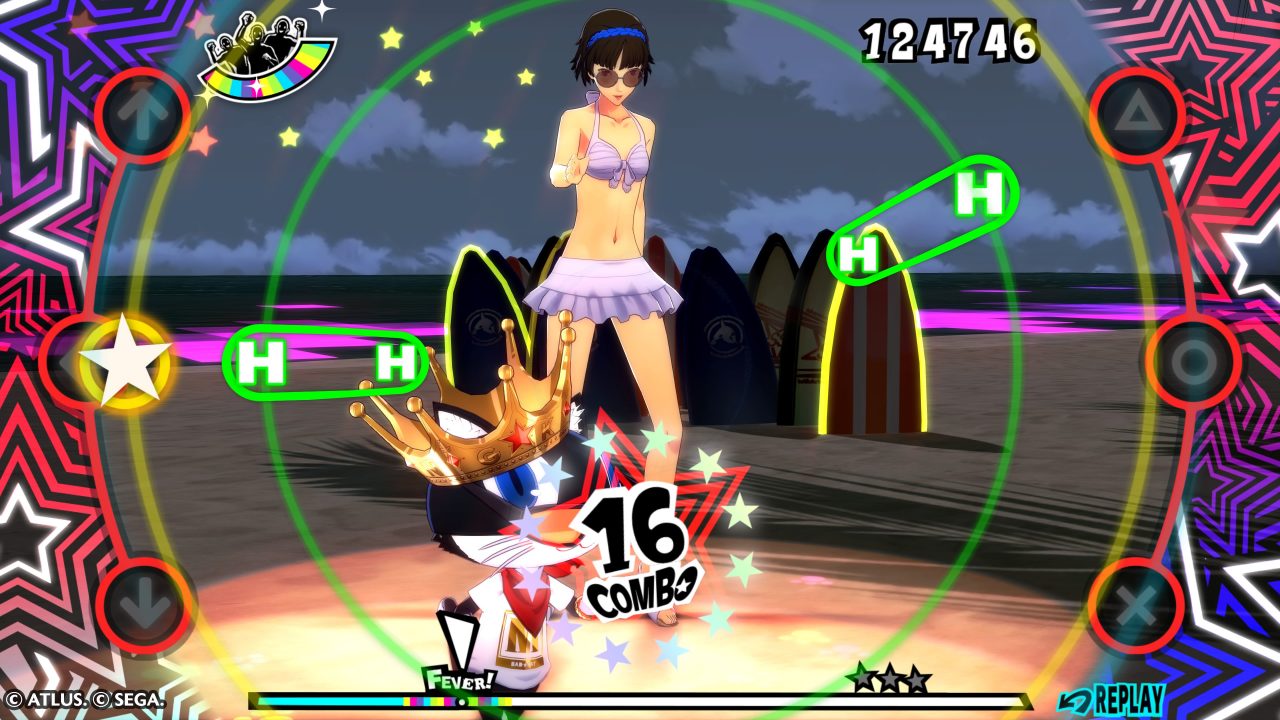 Fans of rhythm games may also love the amount of difficulty options. Starting with easy, normal and hard modes, there are plenty of levels for all kinds of players. Only the true rhythm masters can take on the unlockable “All Night” difficulty and survive. Fewer will finish with a “King Crazy”, which is essentially a perfect run. With plenty of modifiers that increase difficulty or make it easier, there are plenty of options for rhythm fans of all types.

Overall, Persona 5: Dancing in Starlight is a solid rhythm title for fans of the series. While the music could’ve used a bit more variety, the overall quality of the track list is still superb. The characters look better than ever and it’s fun to get new character development, even in a spin-off. If you’re a rhythm fan, or even just a big fan of Persona 5, you’ll likely enjoy Dancing in Starlight.