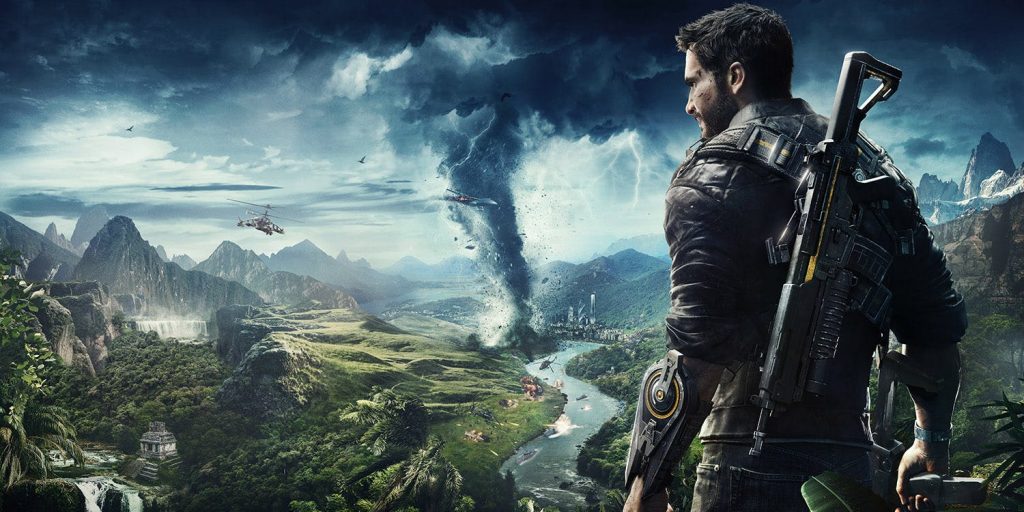 Avalanche Studios and Square Enix have unleashed Rico Rodriguez in a South American country known as Solis with the arrival of Just Cause 4. Will his destructive “let’s blow everything up” attitude make for a fun entry, or will the game fall flat?

The game occurs just after the events of Just Cause 3, with Rico traveling to the island of Solis with the help of his new ally Mira. With a new lead, Rico comes to Solis to discover what his father had been working on before he died. They discover that this project is a weather-based research and engineering project that can both create and negate extreme weather. Project Illapa, as it is known, has fallen into the hands of the de-facto ruler of Solis, Oscar Espinosa. 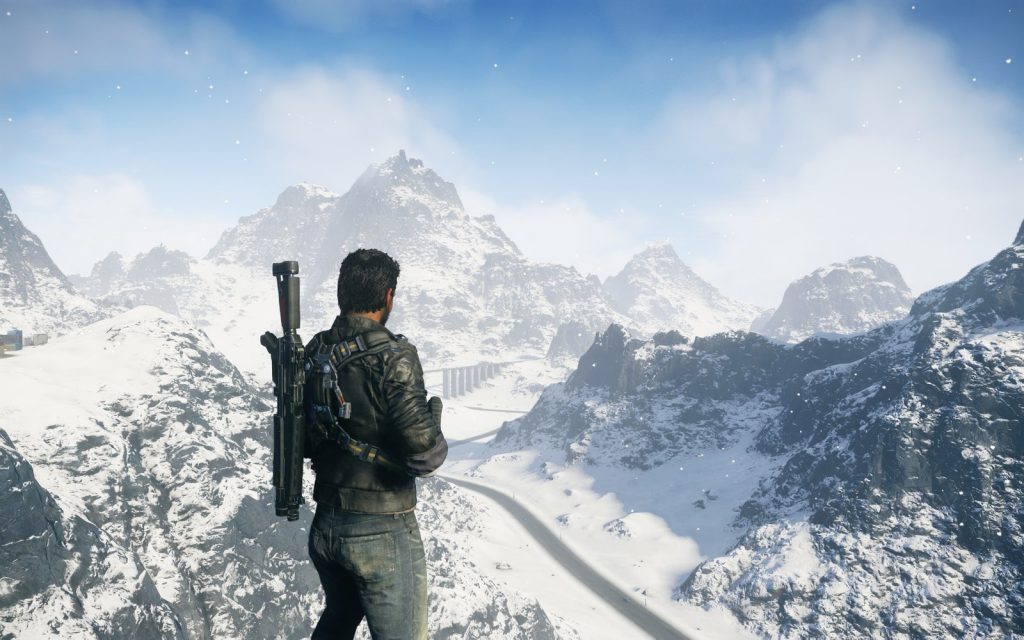 Oscar has employed a private military corporation known as The Black Hand and controls Project Illapa, unleashing deadly weather effects on the island inhabitants. Initially, Rico wanted to take down the project by himself, but, after getting injured and having his equipment broken in a failed assault, he agrees to form an army with Mira, and the two begin to recruit inhabitants to form the Army of Chaos to oppose Oscar’s Black Hand.

As it was his father’s final project, the entire mission is personal to Rico, and he also seeks to discover why his father would create such a deadly weapon in the first place.

The story has its peaks and lows, with the high points being fantastic and the lows being quite boring. Character development, unfortunately, feels rather nonexistent; Some characters that one may feel deserve more attention are not given any room to grow at all. Overall, however, the story should be interesting enough, especially due to the said high points, to keep the player interested as things are destroyed around him.

If you’ve played prior titles in the Just Cause series, then you likely know what to expect from Rico’s newest adventure. He retains his wingsuit and grappler, and even finds some interesting upgrades/modifications for his grappler, such as the ability to deploy balloons to lift objects and enemies out of the way. Flying through the air, utilizing the grappler to speed yourself along the way, is even more fun than in the prior title, thanks to the four distinct biomes that Solis houses, and I spent more time gliding through from location to location rather than driving or flying one of the game’s numerous vehicles. 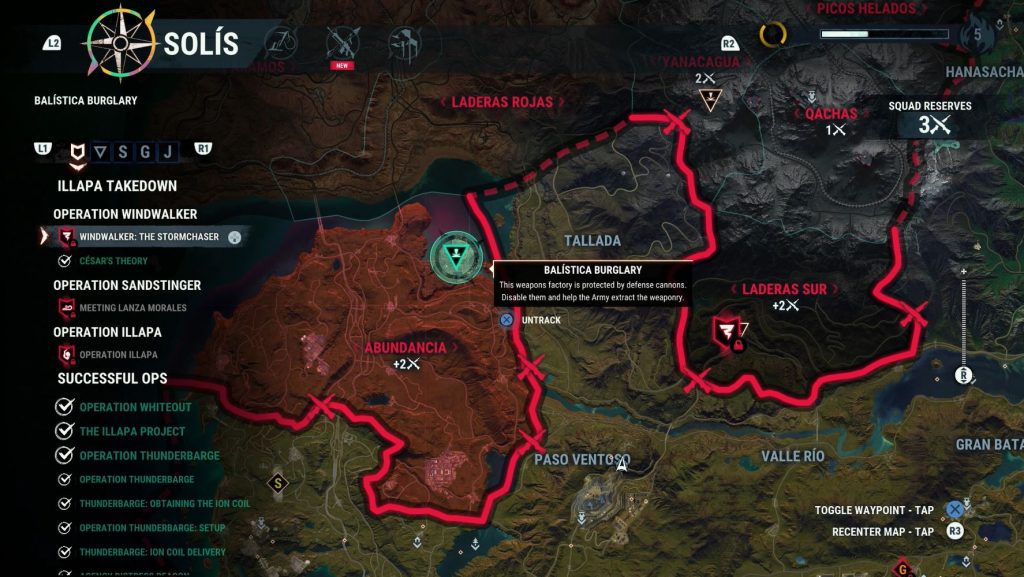 The biomes make things rather interesting as you grow your Army of Chaos, as the four weather events -blizzard, sandstorm, lightning storm, and tornado- are always present somewhere in the game. This can become tense when one moment you’re gliding in clear skies, then the next you’re fighting to try to survive being caught up in a tornado.

Each of these four events are also utilized in the game’s main campaign, which can create some stressful situations. Dodging lightning, fighting against the heavy winds and reduced visibility of a sandstorm, feeling helpless as you are swept up in a tornado and more can make for some tense and rather enjoyable moments. 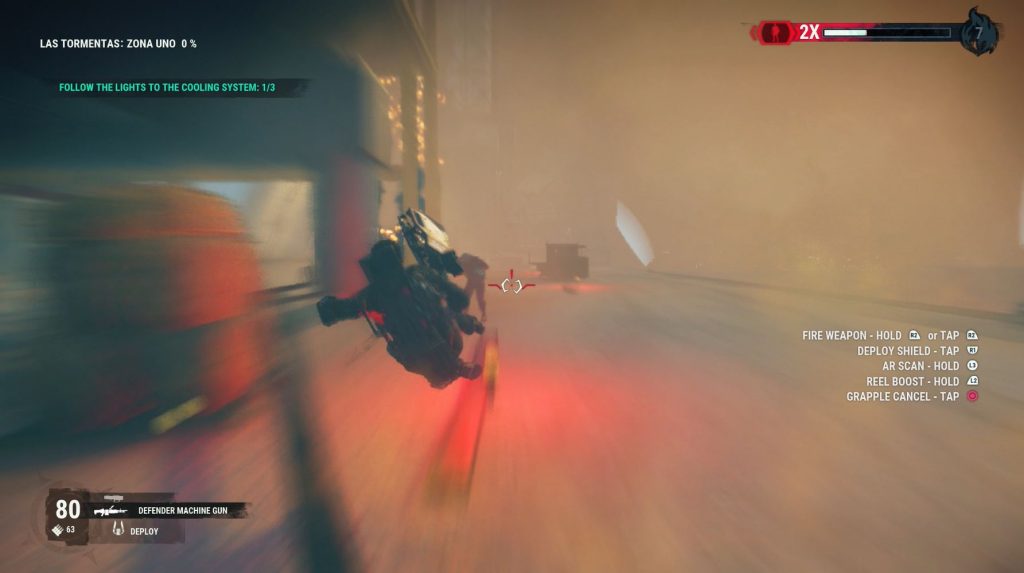 In addition to the main campaign, you have several characters that you can run errands for, such as discovering a lost bloodline and creating dangerous movie scenes. You can also train the Army of Chaos with a variety of missions, although this can become tedious.

Liberating every region of Solis can be addicting, but also tedious, as the missions begin to repeat themselves. Typically you will have to escort or protect an area for a set time, which can become rather boring after several times. This is mitigated somewhat by the variety of vehicles and weapons you can utilize, but it would have still been more interesting if more of a variety had been implemented, and, unless you’re a perfectionist, it may not be enough to help you liberate the entire island. 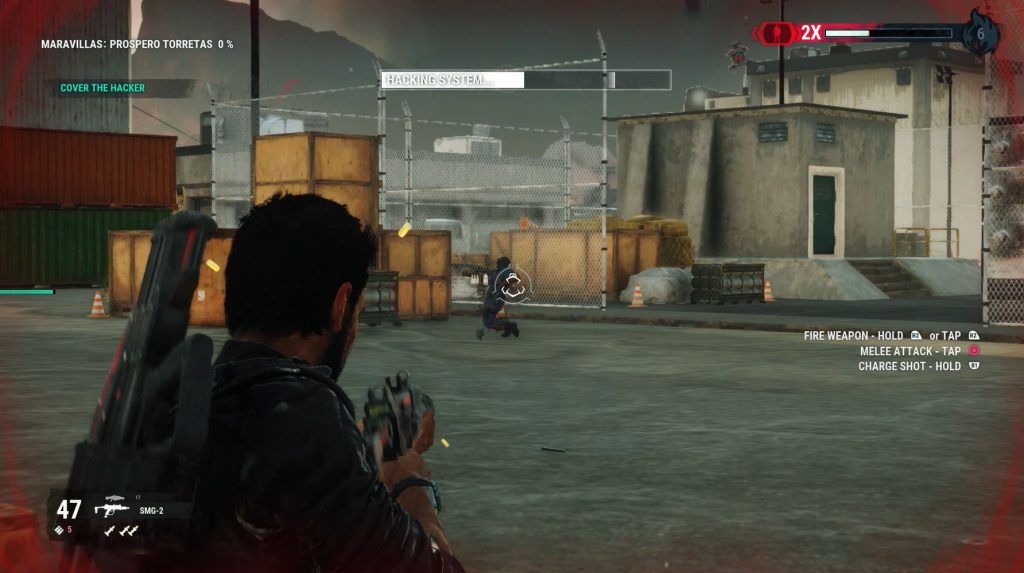 If you’re looking for a game with super realistic graphics, then Just Cause 4 will disappoint on that front. Overall, the graphics are rather standard fare, and sometimes the characters can look strange, with lighting seeming to give them a glowing effect.

Music-wise, the game was also decent. There is quite a bit of variety in the tunes you can play as you control a vehicle, and the game’s story music can also contribute nicely to the atmosphere for the most part.

Should you join Rico in his newest mission? The answer lies in the kinds of game you enjoy. If you had fun with the prior titles, then Just Cause 4 delivers enough improvements to make it worth a playthrough. Likewise if you enjoy open world. If, on the other hand, you become bored quickly with escort and protect missions, then you may want to watch a few gameplay videos first, as there are quite a few of these in the game to trudge through.

That said, Just Cause 4 does deliver a fun ride, even if it can be tedious and boring at times.