With the Capcom Cup coming up on December 14th, it’s been a tradition for Capcom to use the event to outline new content for Street Fighter V. The fighting game had some struggles at launch, our own review even saying it lacked content in the beginning. Since then, Capcom has added tons of content from new characters (available for free using Fight Money) to an arcade mode. Having started with 16 characters, the game now has 34 on the roster, with six more expected for season four. It’s unknown if Capcom will reveal the full roster like they did with the season three announcement, but we decided to speculate anyway.

Its worth mentioning that the known Street Fighter V datamine leaker, X-Kira, has made some recent updates. According to him, two of the six characters will be female, and one of the six will be a grappler. He even uses pictures of a couple characters that we suspect will be part of season four. While X-Kira has a history of accurate leaks, keep in mind it is just rumors and therefore nothing official. With that being said, here are the characters we expect to see during season four. 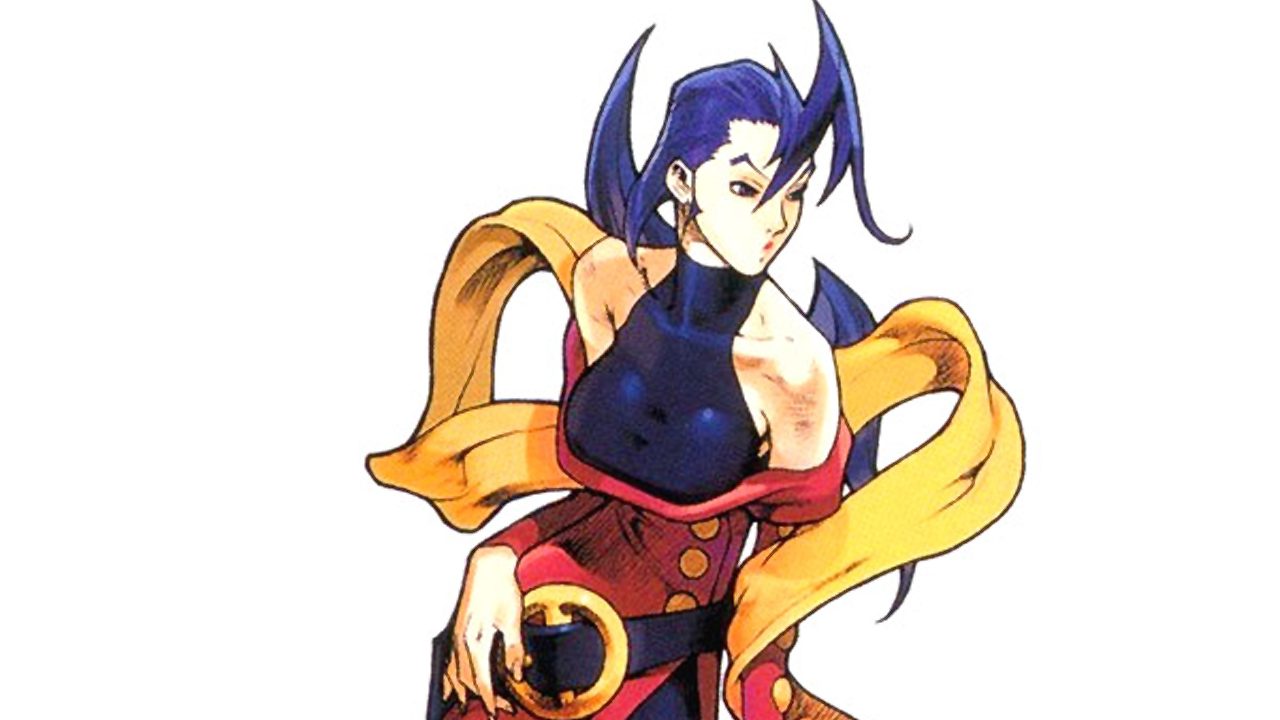 It’s no secret that Rose is heavily expected in the upcoming season four. X-Kira uses her as his Twitter icon and the fortune teller appears in multiple story segments in Street Fighter V. Considering her direct link to one of the newer characters, Menat, it seems almost inevitable that Rose would appear. While one could argue that Menat fills the fortune teller role already, Rose has a vastly different moveset. While Menat relies on her crystal ball, Rose tends to use her scarf for many of her attacks.

Fans may also want to consider the importance Rose has with the series. Being introduced all the way back in Street Fighter Alpha, Rose was one of the main plot points in the game. Her premonitions and powers helped reveal some of M. Bison’s plans, allowing some events to be prevented. At one point, she even becomes a host body for M. Bison, though her actions during that time are largely unknown. It would make perfect sense that Rose would join the roster of Street Fighter V: Arcade Edition based on her importance alone. 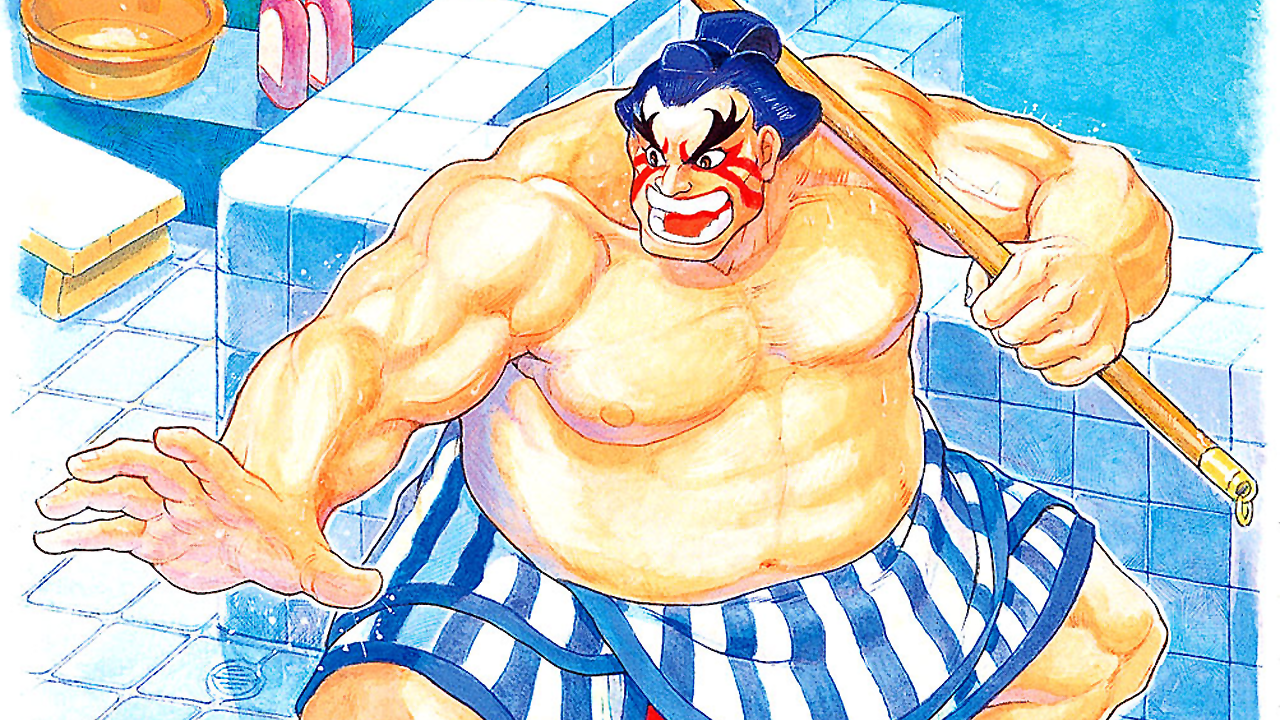 The sumo wrestler may not be the most popular Street Fighter, but he is nonetheless an icon in the franchise. From his flying headbutts to his infamous bathhouse stage, E. Honda is practically a requirement at this point. As a charge character traditionally, his inclusion in Street Fighter V would be pretty essential in season four. The game has a few charge characters already, but fans still often request more. It’s only a matter of time before the game has all eight World Warriors, and season four may be that moment. 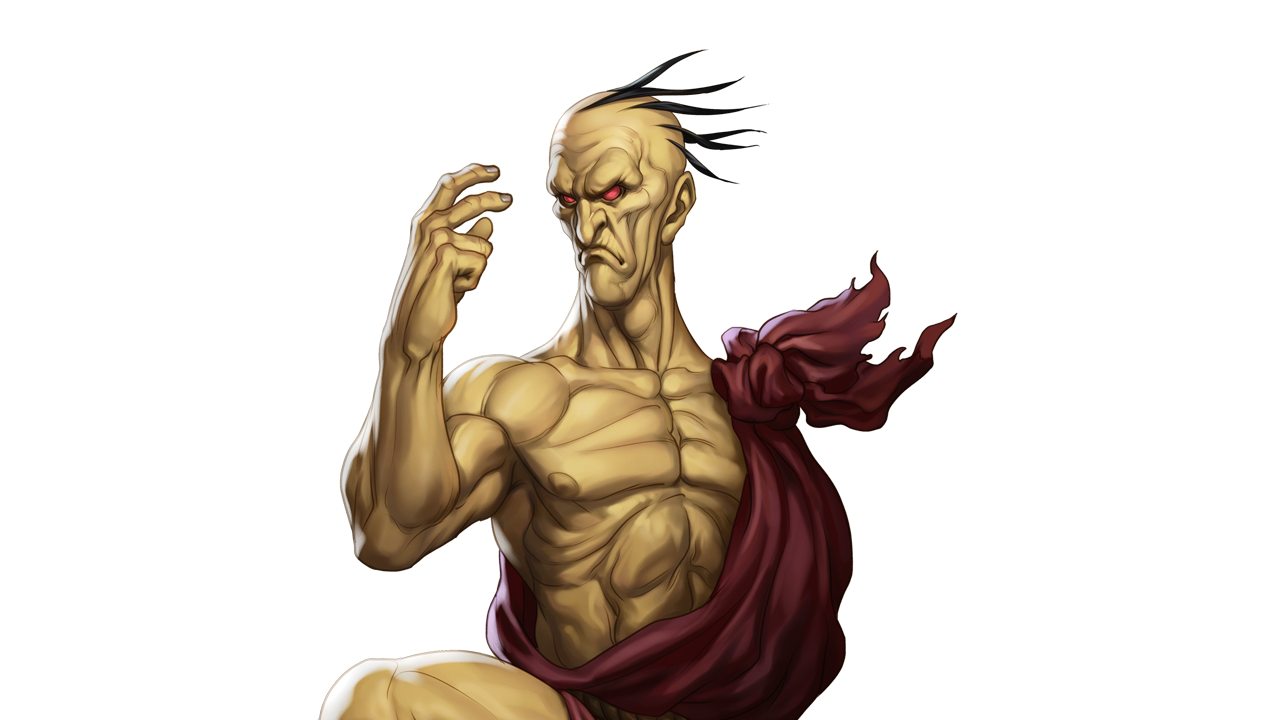 The senjutsu master using only one arm, Oro is considered to be one of the most powerful Street Fighter characters canonically. Like Rose, Oro makes several appearances in the character stories in Street Fighter V. Not only does that give him a place in the story, but it also means he has voice actors for the game. It’s pretty likely that this Street Fighter III veteran may return as a playable fighter after almost twenty years.

A representative from Street Fighter III hasn’t been added since the first season, so season four will likely break that streak. Of all the characters, including Dudley, Makoto, and Elena, Oro seems to fit the bill the most. Many of those characters have already had a moment in the spotlight with Super Street Fighter IV, so it only seems fair. Add to the fact that Oro has a potentially unique moveset and we could have a very technical character for advanced players. 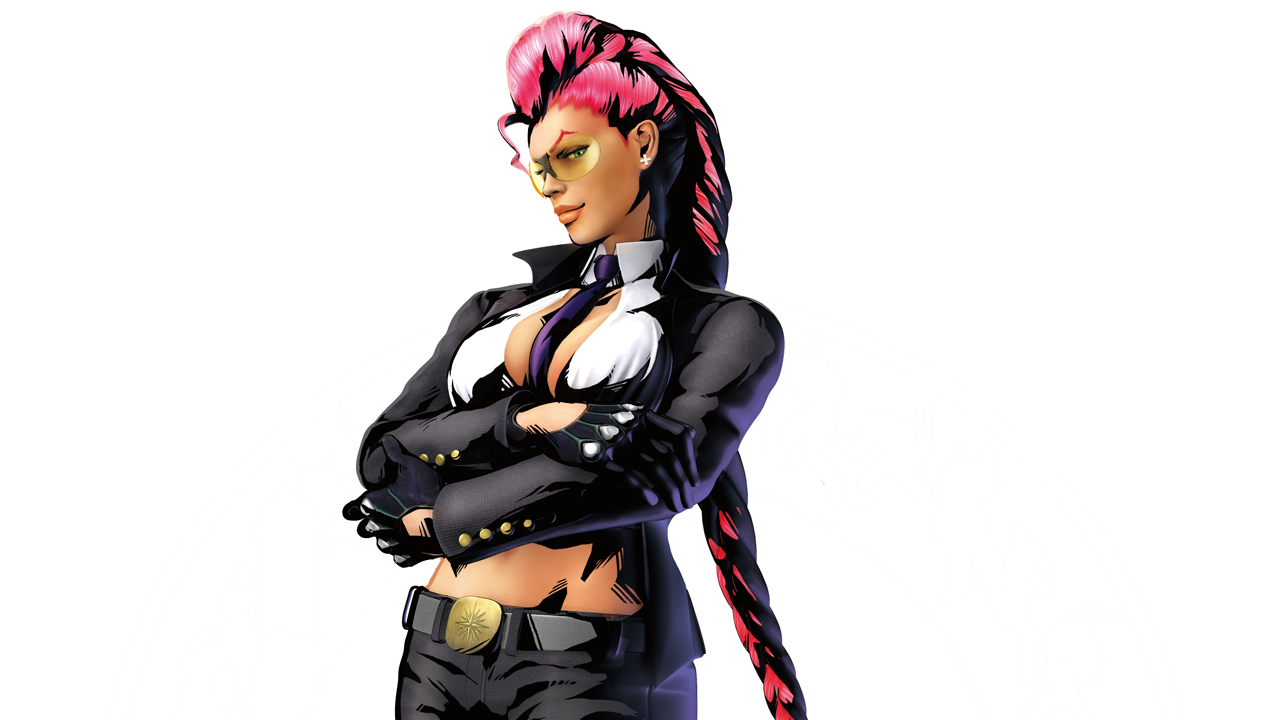 Much like Rose and Oro, Crimson Viper has also appeared in the story. Not only was she sporting a new look, but she was doing quite a lot of work in the background. As a CIA agent, she has plenty of reasons to be involved in the story. That being said, C. Viper is a character that has a unique enough moveset for fans to utilize. She’s also one of the only characters that utilizes both electric and fire attacks, though only through the use of technology.

While C. Viper might not be the most requested character, she has proven to be popular enough. She was easily the most popular new fighter in Street Fighter IV (only beaten by Juri in Super Street Fighter IV). She was included in Marvel vs. Capcom 3 as a playable fighter and has a good amount of fans. Even in the Street Fighter popularity poll earlier this year, she ranked 22nd out of 109 characters. Considering how much more recent she is, that’s not a bad placement at all. Funny enough, Oro is 21 and Rose is 23 on that list. 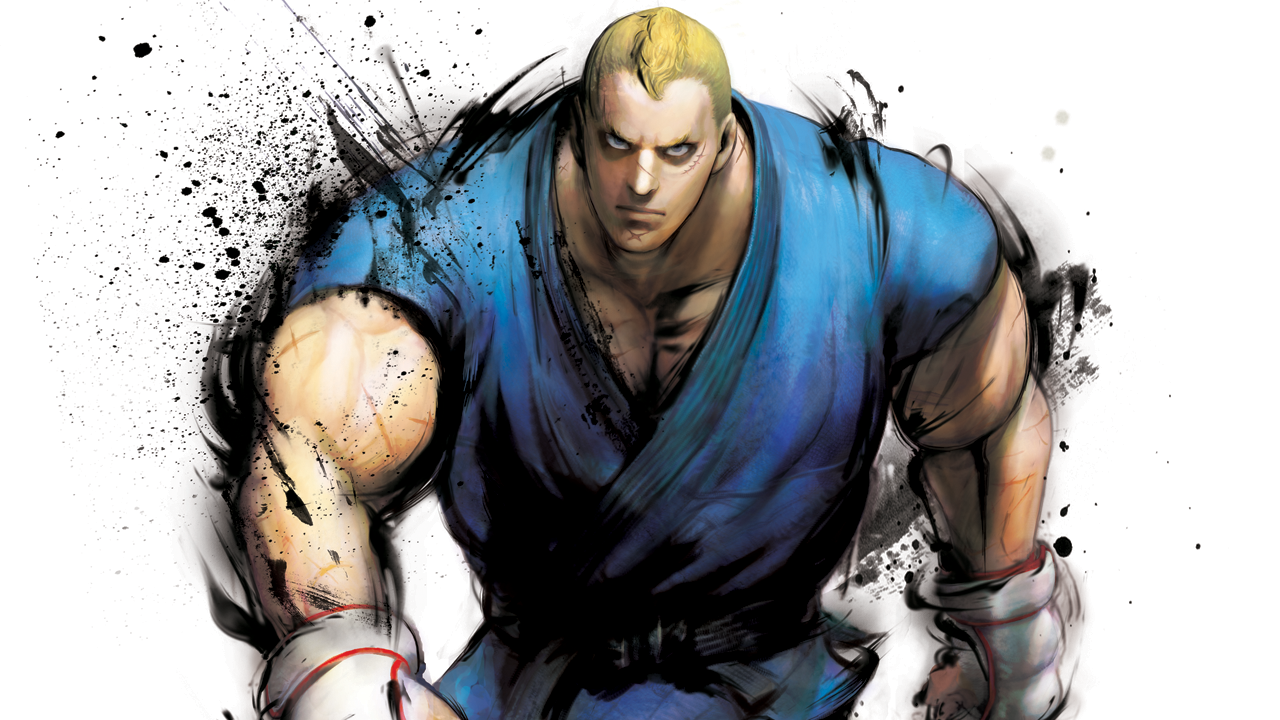 Street Fighter IV introduced a handful of fighters when it launched in Japanese arcades in 2008. Crimson Viper was one of five new fighters, including Rufus, and the luchador El Fuerte. Abel was another newcomer that had a mysterious background that linked him closely to the Street Fighter IV boss character, Seth. Both of the characters were intended to be replacement bodies for M. Bison, but Abel was apparently a failed experiment.

Abel has a brief appearance in the story for Street Fighter V, but that isn’t why we added him to this list. Abel has amnesia, but in some of his memories, the Sonic Boom technique stood out to him. Guile challenged Abel in a fight mainly because Abel couldn’t tell him where he saw the move before. It is heavily implied that Nash (AKA Charlie) saved him from harm, even giving him some combat training. In a game where Nash has been resurrected, it only makes sense that Abel has a reunion with him. It’s also worth mentioning that he is considered a grappler character, a style that X-Kira has stated will be in season four. 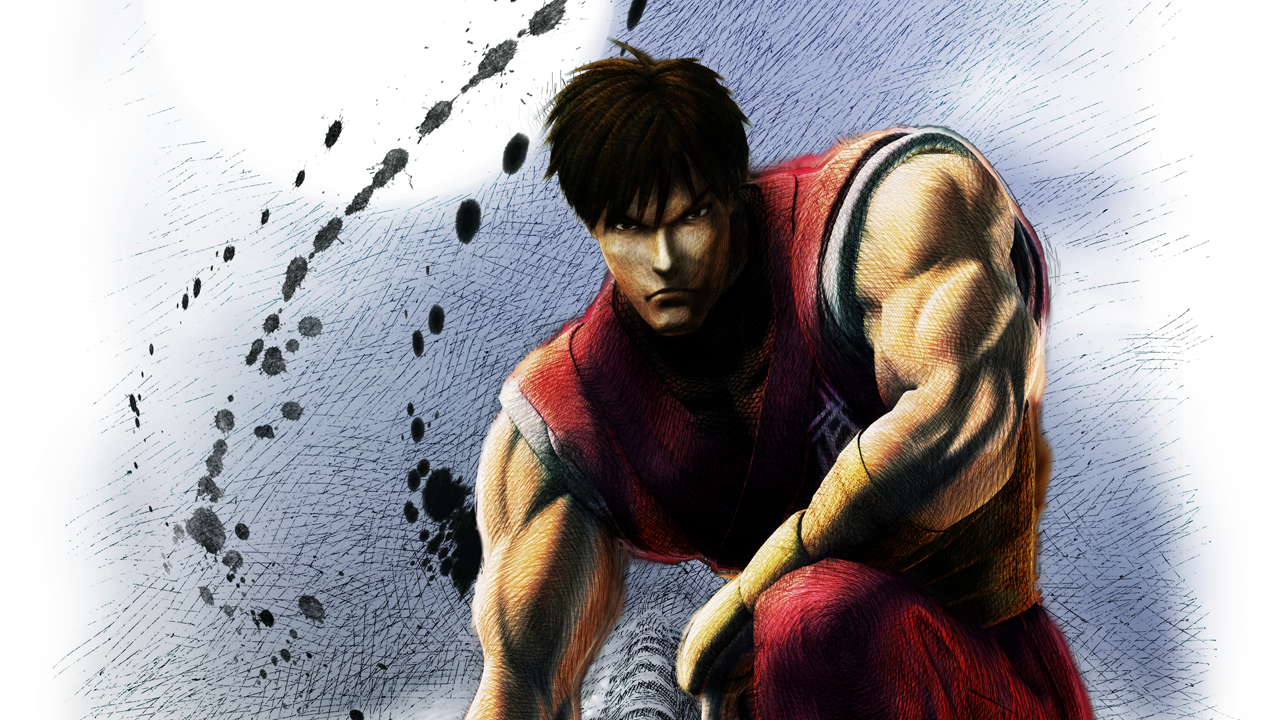 Before we get to our final prediction, we wanted to mention Guy. The Bushinryu ninja that debuted in Final Fight has been a popular Street Fighter character since his debut in Street Fighter Alpha. Ranking at number 20 on the popularity poll (above everyone else on this list), it’s no question Guy has a high chance of being added. Season two brought Abigail from the Mad Gear Gang as well as Zeku, Guy’s Master. Season three even brought in Cody, who has been one of Guy’s most trusted allies for years.

While Guy is likely to be added to the game, he may be saved for season five (if we go by Yoshinori Ono’s goal of supporting the game till 2020). That doesn’t mean he can’t be announced for season four, but there is a character that may have a higher chance at being added. Of course, this is just speculation, but there have been crazier things to happen. 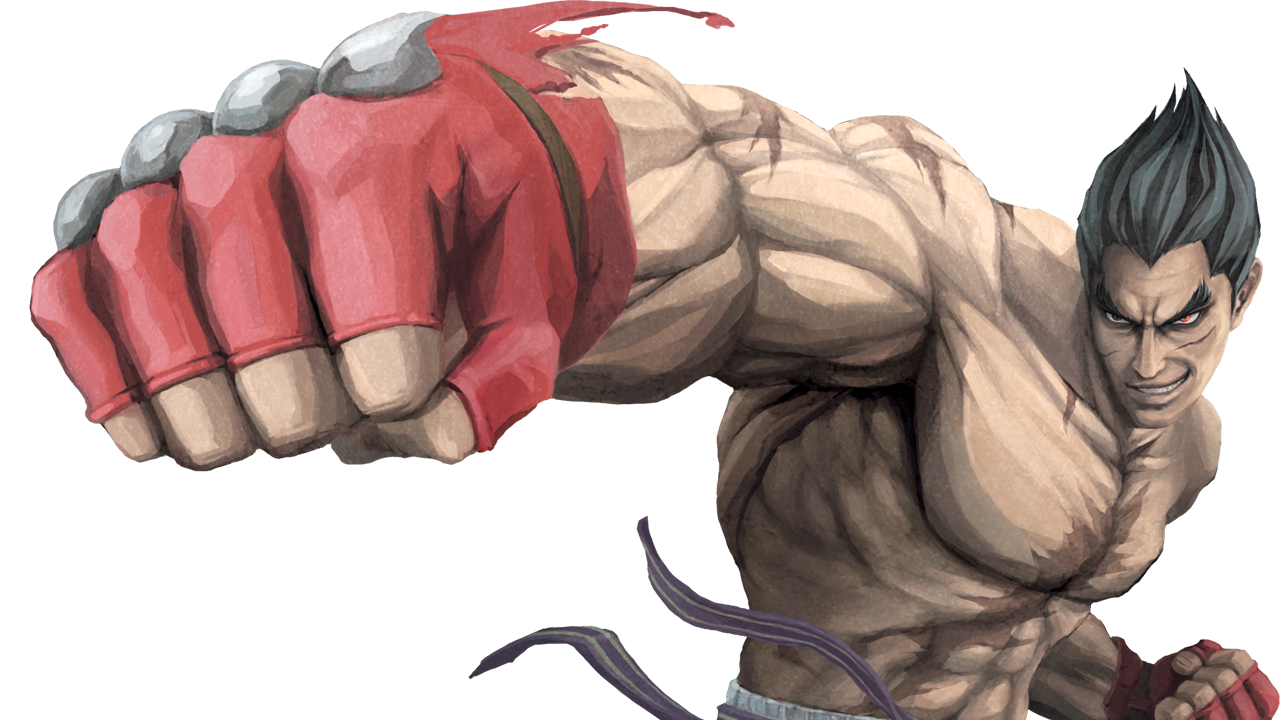 It’s fair to say Street Fighter X Tekken may not have gone over well with fans. With the gem system and the way DLC was handled, Capcom had a lot of trouble earning back their reputation. Despite this, it’s been clear that they maintain a working relationship with Bandai Namco, the publisher of the Tekken franchise. With Akuma appearing as a canon character in Tekken 7, it felt like the floodgates were open to continue building on this story.

While Tekken X Street Fighter hasn’t had any notable updates for years, that doesn’t mean the two franchises are done coexisting. What makes this a real possibility is the way fighting games have evolved these past few years. The DC comics fighter, Injustice 2, added Hellboy and the Teenage Mutant Ninja Turtles of all characters. Bandai Namco’s Tekken 7 has the previously mentioned Akuma, Fatal Fury’s Geese Howard, Final Fantasy XV’s Noctis, and will even be adding Negan from The Walking Dead. While Capcom has done a couple crossovers with other publishers in Monster Hunter World, Street Fighter X Tekken was the last time they did it for one of their fighting games (not counting Marvel vs. Capcom Infinite). We think it’s about time it happened again. 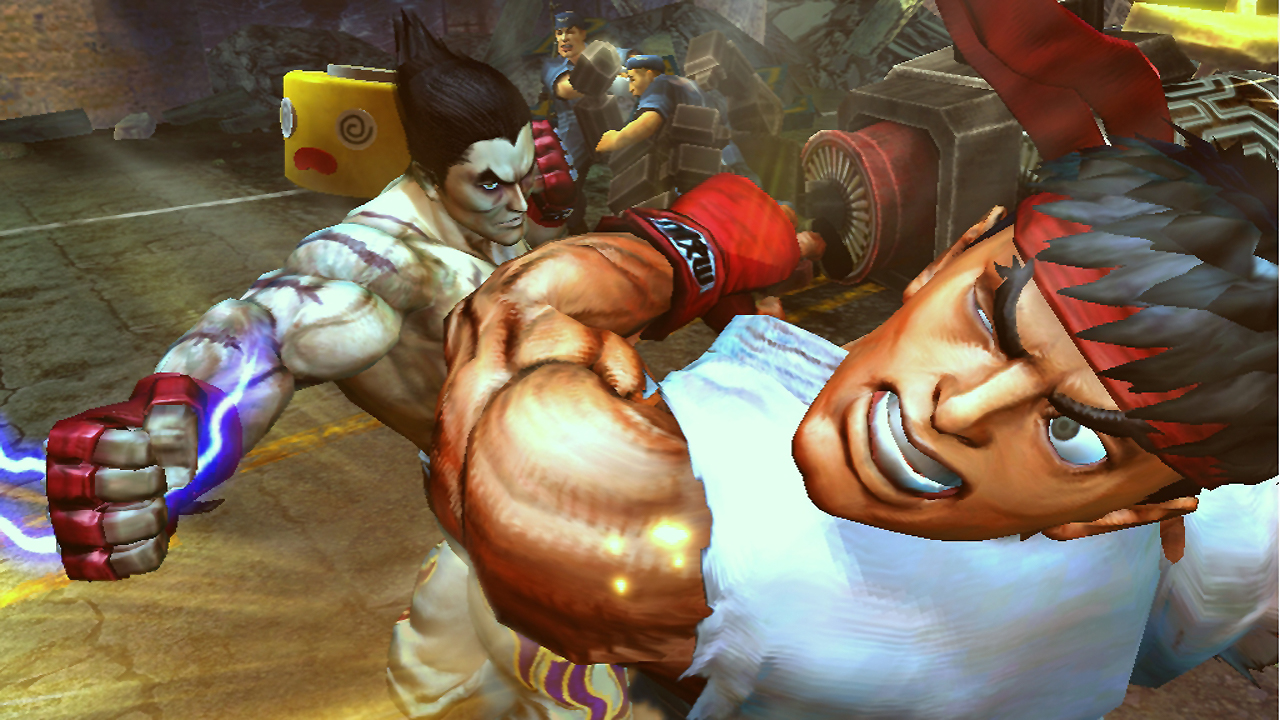 Getting back to Kazuya himself, being a character with an already established Street Fighter moveset, he would be entirely unique. His Tekken combos could make him a very welcome addition to the game. It would be even more interesting to see how he translates to the newer V-system. Add that he has a somewhat more villainous nature (like his father), and he could make for an interesting antagonist. While it’s entirely possible this won’t come to fruition, stranger things have happened.

Do you agree with our list? Who do you think will be added to Street Fighter V for season four? Let us know in the comments and tell us what you think.