The release of Pokémon Red Version and Blue Version was 22 years ago. After numerous games and spin-offs, hundreds of anime episodes, and over twenty films, it would seem that the franchise has been thoroughly explored. Taking this into consideration, developer Game Freak decided to explore the original land of Kanto again for their latest entry. Enter Pokémon: Let’s Go!, bringing the RPG series to the Switch, now with modern gameplay mechanics and crisp visuals. This leads to a game that feels familiar to longtime Pokémon players, but with enough changes to feel unique and like a new entry in the series.

These changes end up working extremely well. Pokémon: Let’s Go! pulls the player in immediately with its aesthetics, and keeps them coming back for more because of its design. There are enough changes to make the game feel like it’s not a total rehashing of the original game. For example, players no longer obtain Eevee in a Poké ball in the Celadon Mansion. There’s also the reworking of the Safari Zone into the GO Park, where it integrates with Pokémon Go. Despite the changes, the story, map, and progression remains almost exactly the same. 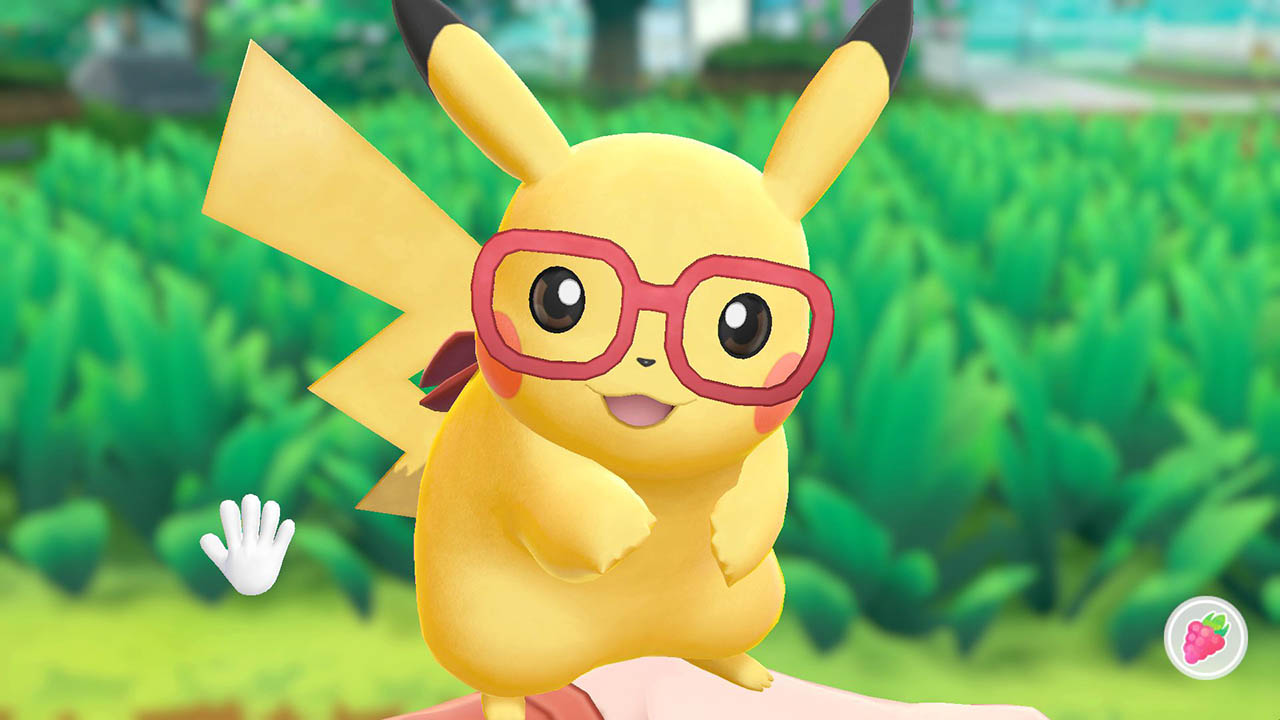 The player starts off with their assigned Pokémon, then learn to catch and battle other Pokémon. They’ll take on Team Rocket and gym leaders along the way, occasionally encounter their rival, and finally attempt to successfully beat the Elite Four, cementing one’s status as a Pokémon trainer. Of course, this is all done while completing your empty Pokédex with over 150 Pokémon to collect.

Pros: The sounds and music have a fullness and brightness that the original game’s didn’t have. Granted, it’s hard to blame the original’s given the technical limitations at the time. The graphics are fantastic and are a perfect fit for a new Pokémon game. The attack animations are equally fantastic and never really wear out their welcome. Certain characters are a blast to battle (Mr. Mime and Porygon, for example), because of the way they move around before and after attacks. The gyms are also offer wonderful visuals, displaying unique and vibrant atmospheres that are brimming with life. Riding around on Pokémon is pretty great too. 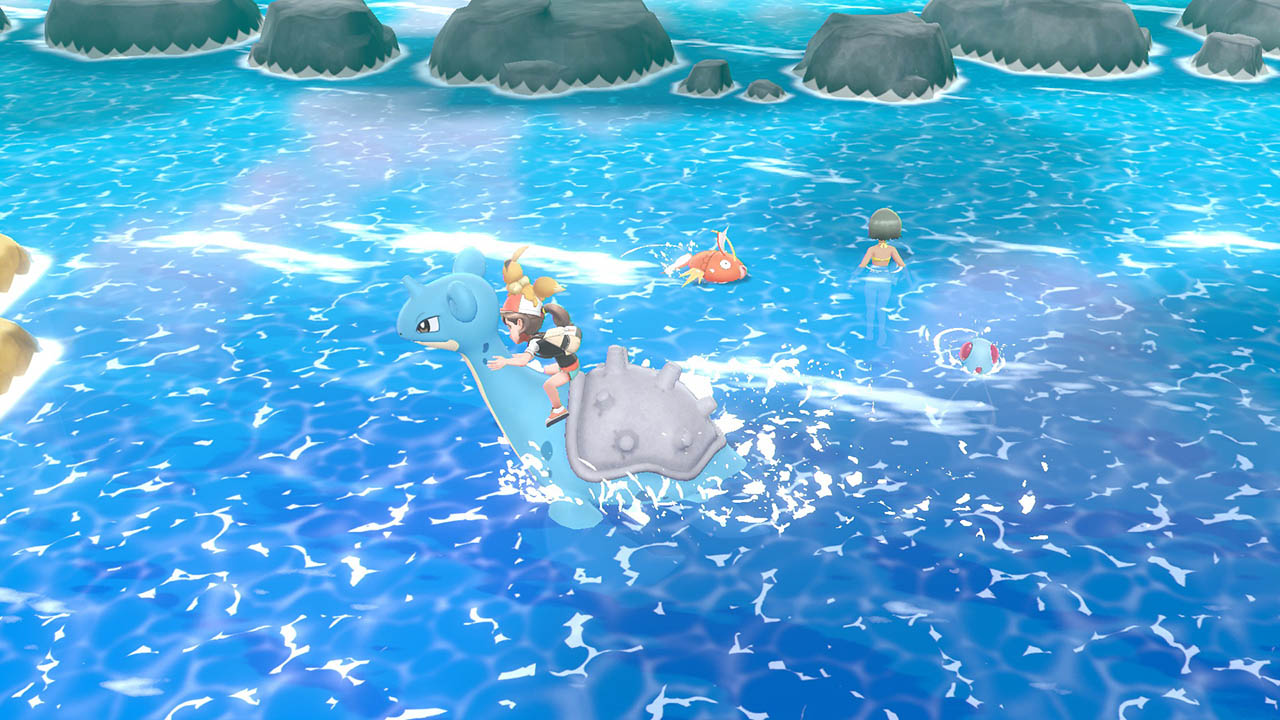 There are also numerous positive mechanics within the game. Rather than leveling up individual party members, Pokémon: Let’s Go! gives experience points to all current party members after catching Pokémon and winning battles. This system is very similar to having Exp. All/Exp. Share, but you have it from the beginning now. It’s also great to see the wild Pokémon on the overworld (a la Pokémon Go) and limit random encounters. On top of that, for the first time ever, players can do it all with a friend. If two players throw a Poké ball at the same time, it even powers up their capture.

One of the most cumbersome aspects of the early Pokémon games was party management. This has been completely resolved by having a “Pokémon box”, which allows the player to carry more than six Pokémon at a time, which in turn also gives them the ability to swap any caught Pokémon into the party at any point in time. In other words, no more “Pokémon PC” (yay!!!). Another welcome addition is the approach to TMs and removal of HMs. Unlike the first few Pokémon games, TMs now have unlimited uses like the more recent games. HMs have been removed entirely in favor of “Secret Techniques”, which your Eevee or Pikachu can learn without the hindrance of a weakened moveset. Last but not least, saving the game is extremely fast. Not a huge deal given the platform it is played on, but still a notable improvement. 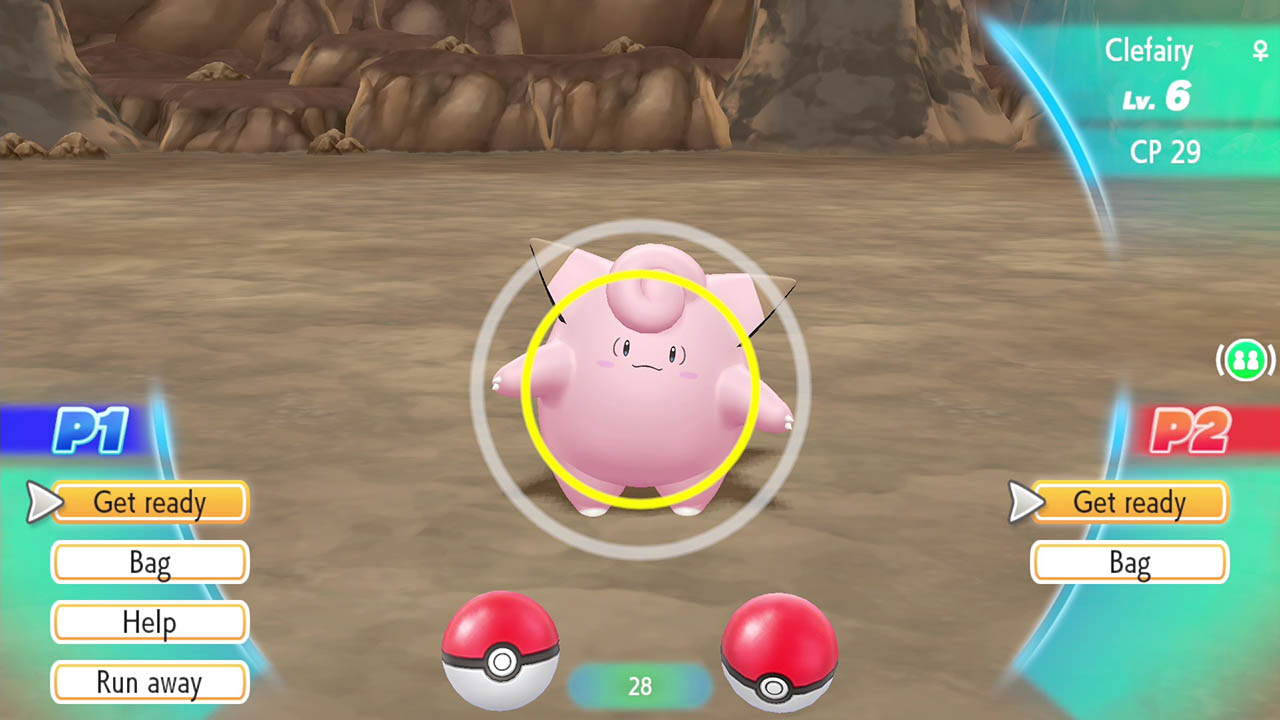 Cons: There should be more character customization at the beginning of the game. It’s better than just being assigned a generic male or female character, but only slightly. For the most part, the game is ridiculously easy. Your starter Pokémon (Eevee or Pikachu) is not only given a stat boost, but they are also handed special moves throughout the game. Zippy Zap is probably the best example of this.

When attempting to catch a Pokémon, the inner ring (which, if hit, gives an Exp. bonus) is too unforgiving. With the wild creatures frequently moving around and swatting the Poké balls thrown at them, a little more flexibility with hitting the bullseye would have been appreciated. Finally, and this is more of a nitpick, your in-game “rival” is too nice. They are constantly encouraging you and giving you helpful items along your journey. They even assist with taking on Team Rocket, and would more appropriately be referred to as “friend”. Final Verdict: Hardcore fans might feel that this game is too casual, but the general audience will be floored by the revamping of the Kanto region and the inclusion of new mechanics. The player can’t help but feel nostalgic if they played the early generation games, and Pokémon: Let’s Go! finds a way to build on that nostalgia.