Why is the Spyro Trilogy Incomplete on Physical Media? 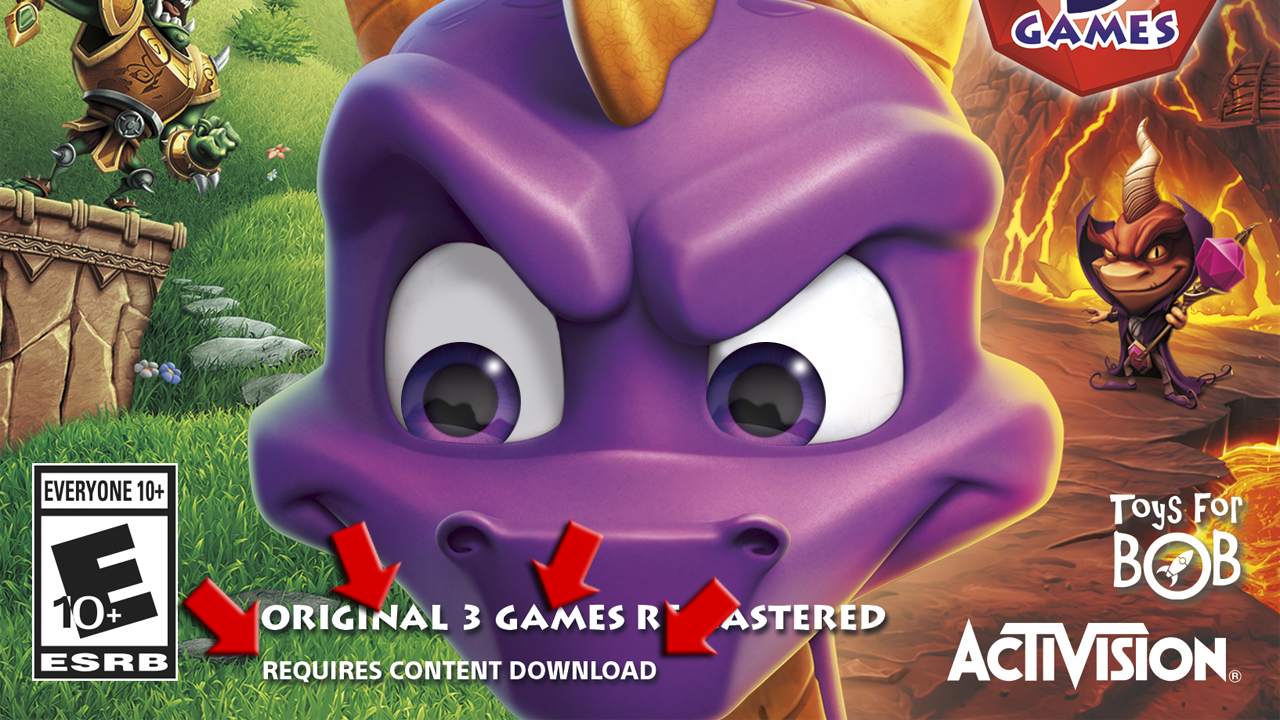 With the release of Spyro Reginited Trilogy, a question has been bugging many fans of physical medium: why isn’t the entire trilogy on the disc? Is it ethical for a company like Activision to charge this much for a classic collection even if the entirety of it isn’t accessible unless a mandatory download is performed?

Let’s look at the facts first and foremost. A misconception was that the first Spyro the Dragon was on the disc, whereas Ripto’s Rage and Year of the Dragon are downloaded via an included code. That information is false. How the data on the disc is actually divided is that the entirety of the first game is playable, with the second and third only partially so. In other words to get the full experience of Ripto’s Rage and Year of the Dragon, the download is obligatory.

This begs to question as to why a seemingly simple platformer like Spyro would be one of the largest files of the generation so far, since its peer, the Crash Bandicoot N. Sane Trilogy was only a third of that. Well, the most logical assumption is that Spyro’s levels are far more vast than Crash’s. Comparing linear levels to a sprawling 3D environment isn’t fair to begin with. Not to mention that with the different lighting effects and other bells and whistles, it is a beautiful game to look at. Add to that its scale, then it’s easy to understand why it would need all the space necessary to run.

The only other way this situation can be remedied is following the steps of Rockstar. Red Dead Redemption 2 is the largest file sized base game of the generation, towering well over 100GB on the PS4. To fit the colossal western on one disc is, as aforementioned, rather impossible. Rockstar in turn opted to have the game release with two discs. This is a rather unprecedented practice that hasn’t been done since the days of the Xbox 360, or to an earlier degree, PlayStation RPGs like Final Fantasy VII. One disc serves as the main disc to which players start off their game, and the other just adds additional data. This method was also done with Halo 4 on the Xbox 360. 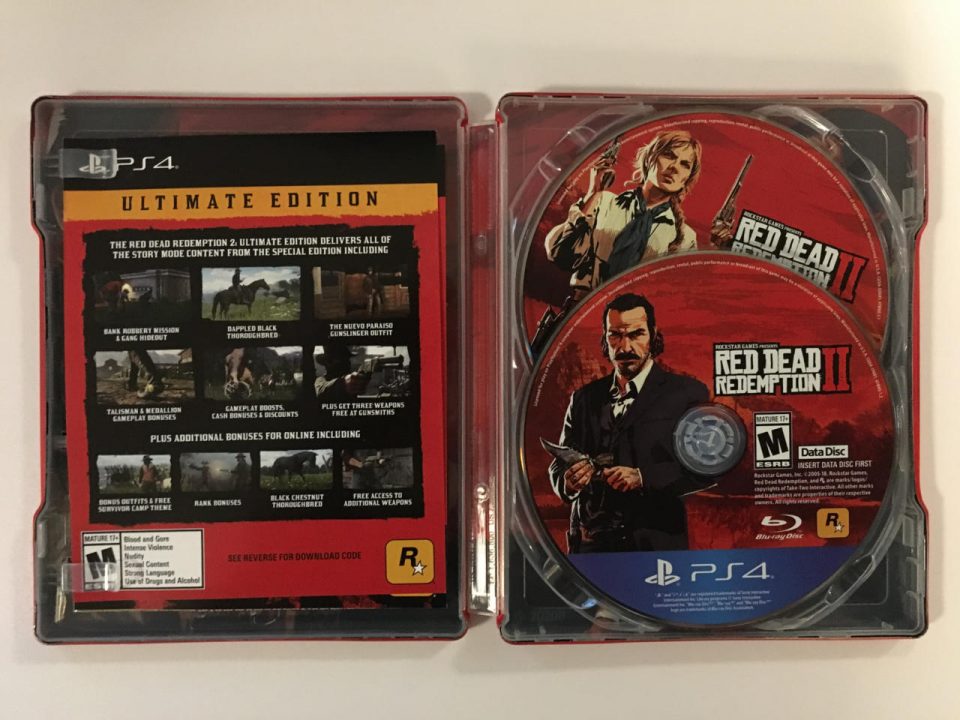 So if Rockstar is capable of releasing a game on two discs, why isn’t Activision doing the same with Spyro? It’s not that Activision is an indie company, publishing one of the biggest entertainment products in history; Call of Duty. So why couldn’t they do it? Well there are a couple possible reasons.

The first is that blu-ray discs aren’t cheap like CDs or DVDs. Since they carry much more data than their primordial counterparts, they are often utilized by big movie studios than independent filmmakers. I do not know the exact numbers but I have been told blu-ray prices aren’t low. While we have discussed that Activision may have the money, this leads to the key reason why they aren’t doing it: it’s Spyro. As much as the purple dragon is beloved by many around the world, it’s wasn’t a household name anymore. 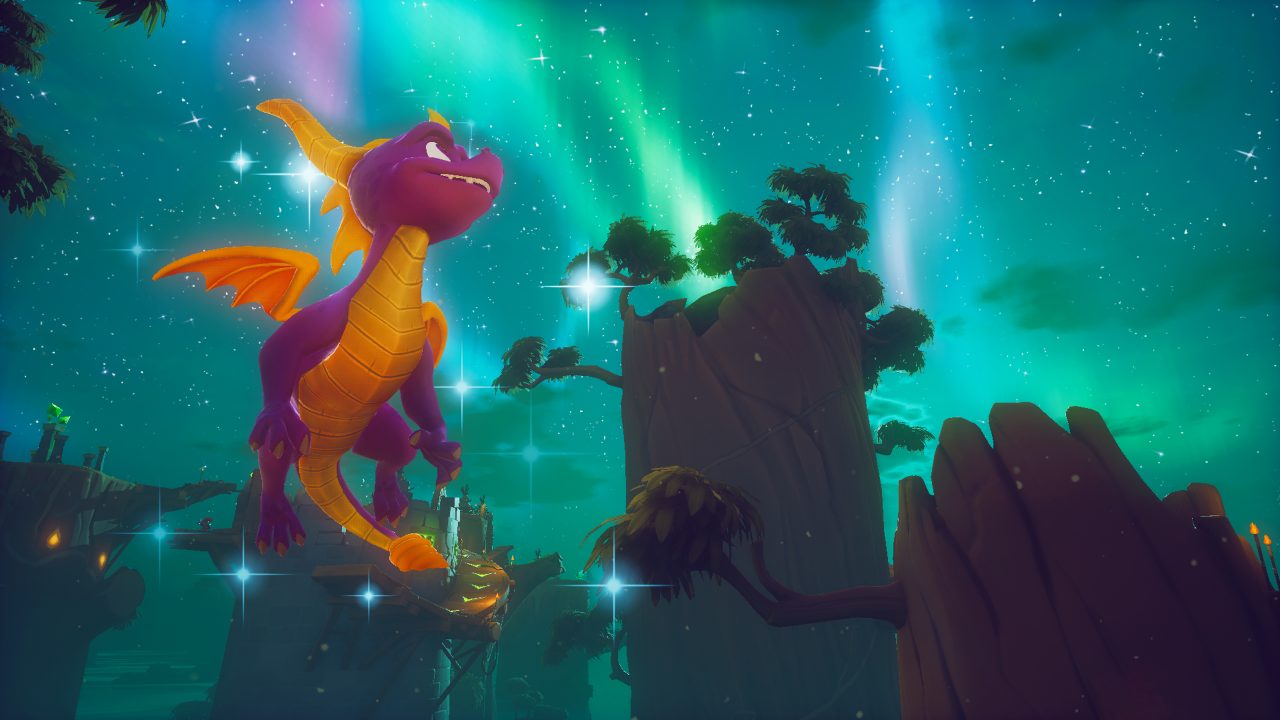 Red Dead, or any Rockstar release for that matter, has been proven to be a megaton seller, so it was a risk worth taking. Considering the gargantuan success of both the original Red Dead Redemption and GTAV, it was a pretty low risk. The Spyro franchise, on the other hand, has been in a slump for quite a while. His original games have been regarded as gems, but it’s 2018 and it’s hard to estimate how many people would purchase the collection since gaming has grown significantly since 1998. On top of that, the publisher decided to go with a lower price point on the collection with an MRSP of $39.99.

At the end of the day, while it’s a shame players have to download beefy file sizes to fully experience Spyro’s adventures, it’s a small price to pay. Especially since there have been worse cases of the ratio between data on disc to obligatory download before (Super Lucky’s Tale, anyone?). Spyro Reignited Trilogy has been a collection that people have been clamoring since Crash got a similar treatment a year and a half ago. While the download wall is an annoying obstacle to climb over, at least the consolation is that beyond it lies a delightful throwback to the glory days of 3D platformers that anyone should experience.