In its 6th annual Day of the Devs event, the Midway in San Francisco hosted a massive audience of gamers, press, musicians, vendors, and most importantly, game developers. As the name of the event suggests, November 11th 2018 was all about the developers and their upcoming projects. This year, there were 70 playable games that have yet to be released, which led to record breaking attendance. And the best part about the event; it was free to attend! Thanks to all of the major sponsors and funds raised from the “Day of the Devs” Humble Bundle, there wasn’t a ticket fee to get through the door. If you feel left out or upset because you didn’t know about it, well now you do; so put it on your calendar and go next year! 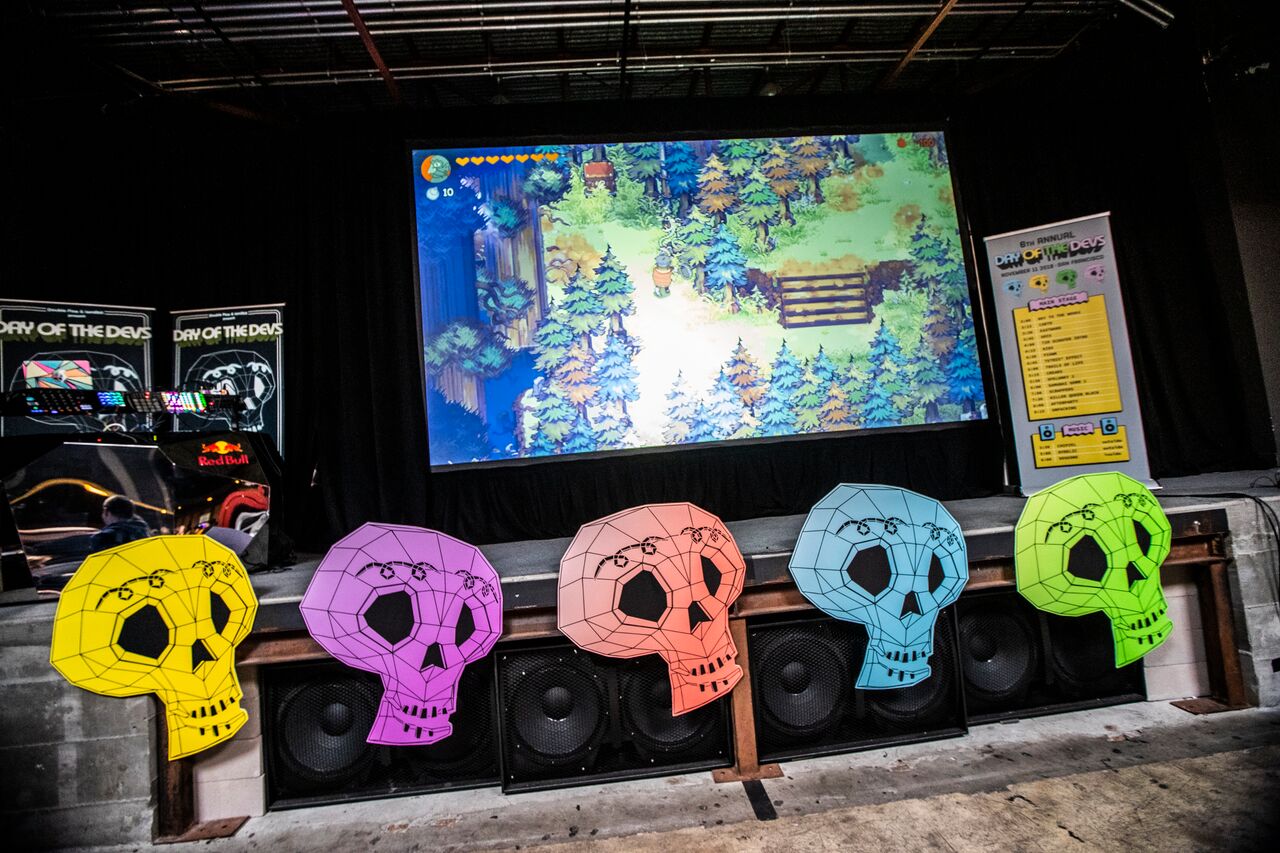 Now, let’s get back to the developers and their games. There was a ton of variety and this event gave the press and the general public an opportunity not only to get their hands on these exciting upcoming games, but to talk to their creators as well. The creators have been hard at work on these projects for months, even years, and every one of them provided a strong demo showcasing their talents. This led to excitement, awe, happiness, laughter, nostalgia, and countless other descriptors. Unfortunately, there wasn’t enough time to play all of the games and talk to all of the developers, but here’s a recap of the games I was able to play.

NOTE: At this point in time, it is not entirely clear what consoles all of these games will be released on. The expected release date refers more to PC, but some are expected to release on consoles as well.

Way to the Woods: 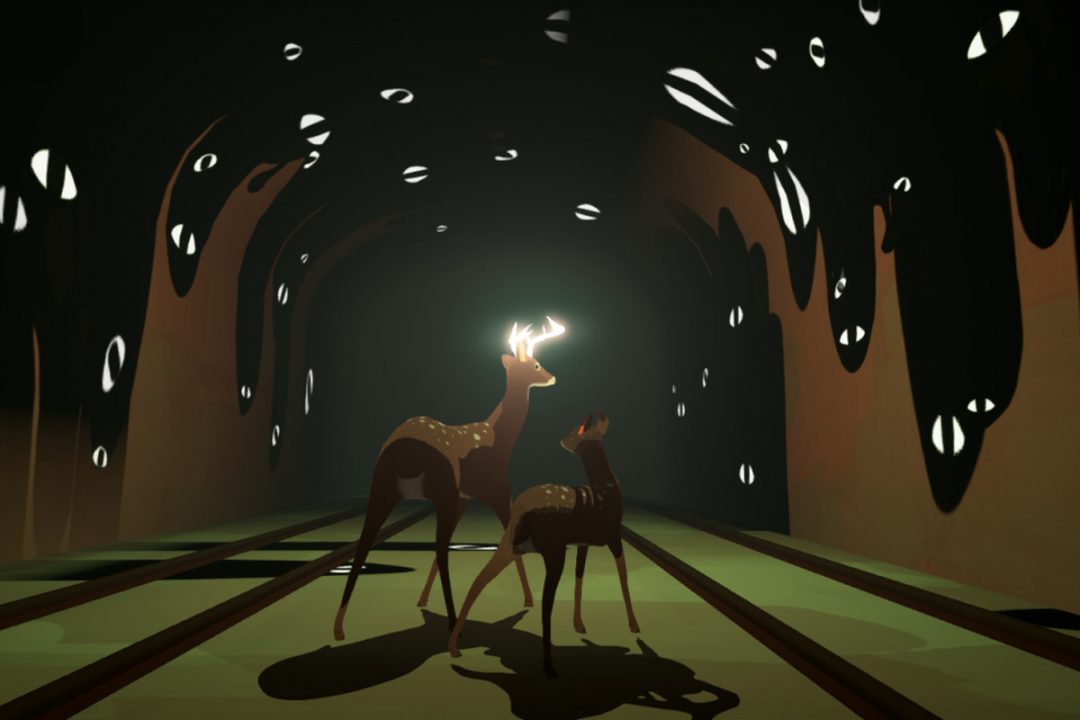 An intimate game of two deer trying to make their way back home. It boasts a beautiful presentation with a great use of lighting for both visuals and gameplay mechanics. Somehow, the connection the player feels with the deer is immediate. The only odd aspect was the animation of the adult deer that the player controls as it uses its antlers to lift doors.

The Wild at Heart: 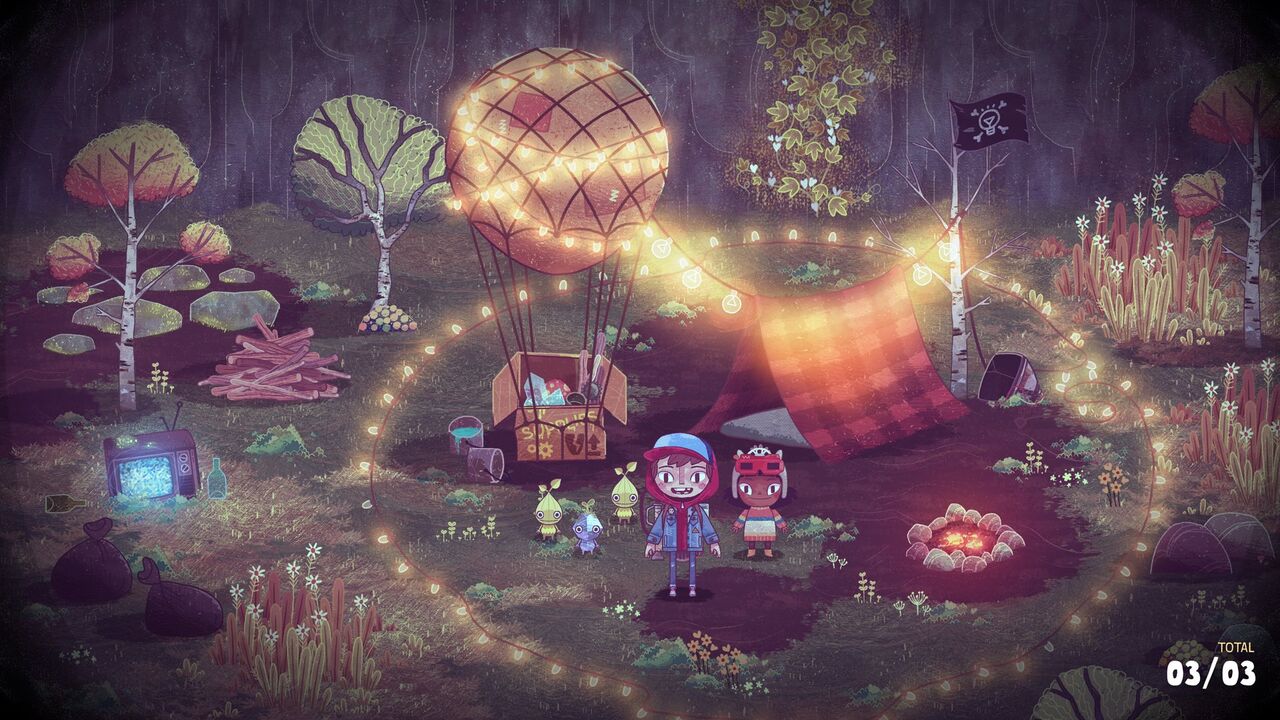 Another gorgeous game that wears the inspiration of Pikmin and Spirited Away on its sleeves. I was also picking up on some Don’t Starve vibes during my session. Gather resources, defeat baddies, build bridges, and achieve numerous other tasks with the help of your Spritelings. It’s still in early development, but a lot of the ideas are already realized and well executed. 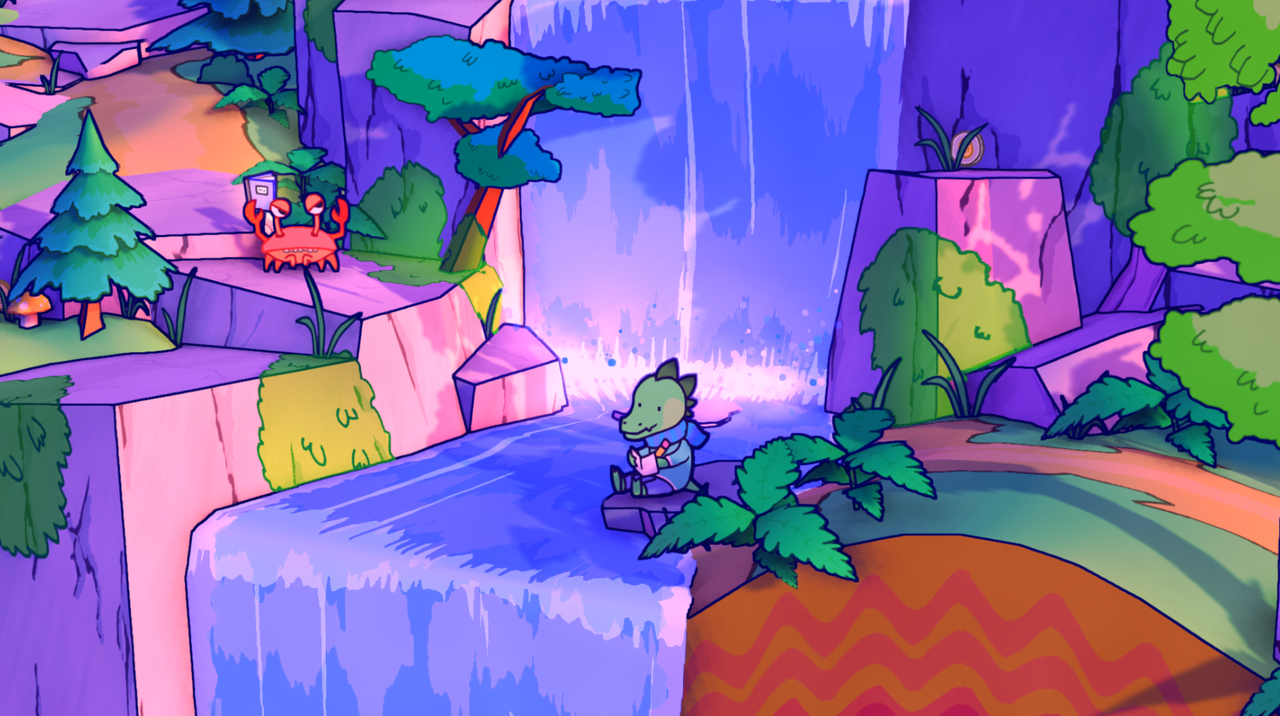 Cute, doodle styled 2D animated game that takes inspiration from the Paper Mario series. It seems to resemble Paper Mario: The Thousand Year Door the most, with a Pokémon team building mechanic as well. Charming character animations are a nice touch, like when the main character shivers when walking around in the snow, or an ice block enemy that develops cracks when taking a hit. The use of lighting is also pretty fantastic. Fun platforming bits give the game some nice variety. The developer stated that he wants it to feel like a diorama.

Toejam and Earl: Back in the Groove: 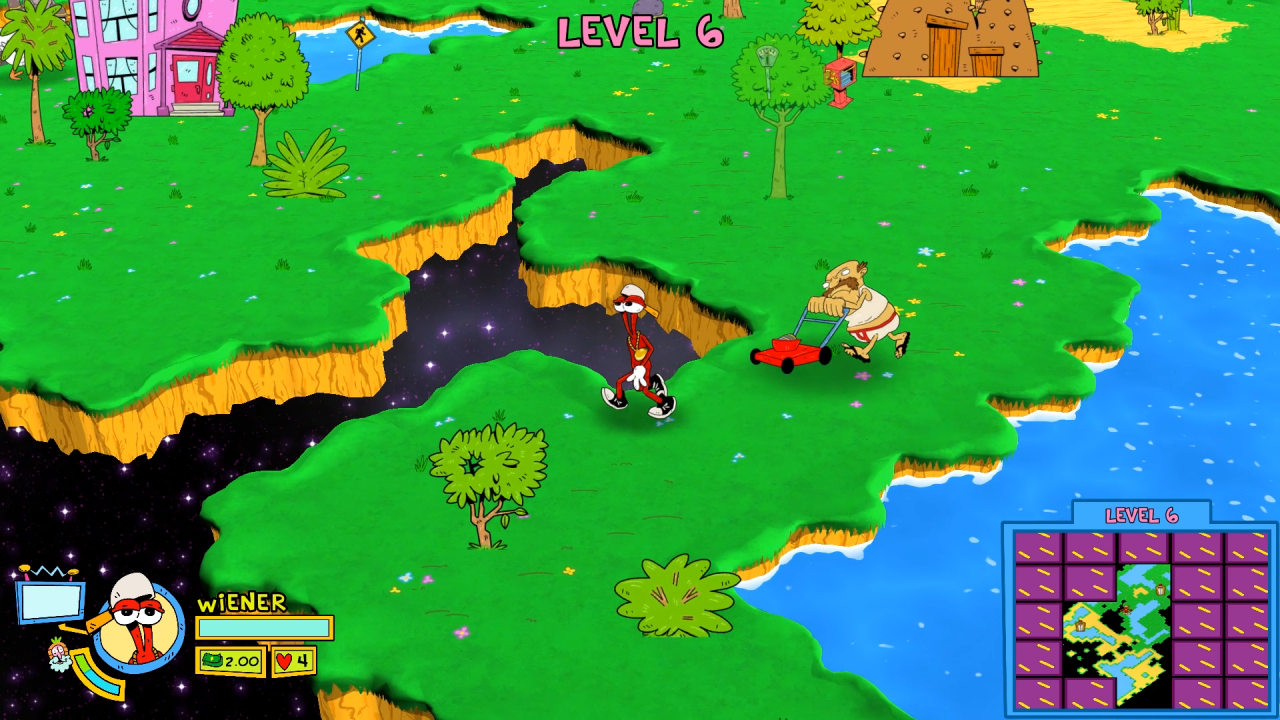 A great combination of nostalgia and today’s standards of graphics and gameplay. The developers wanted to capture the player’s “ideal memory”, which they are hoping varies from player to player. It achieved an ideal memory for me as soon as I heard the music, and they hit me with it again when I went through an elevator door to go up a level. The game is less difficult than the original and billed as a casual rogue, which will lead to a more laid back experience. This entry introduces a fun leveling system which randomizes your character’s upgrades. 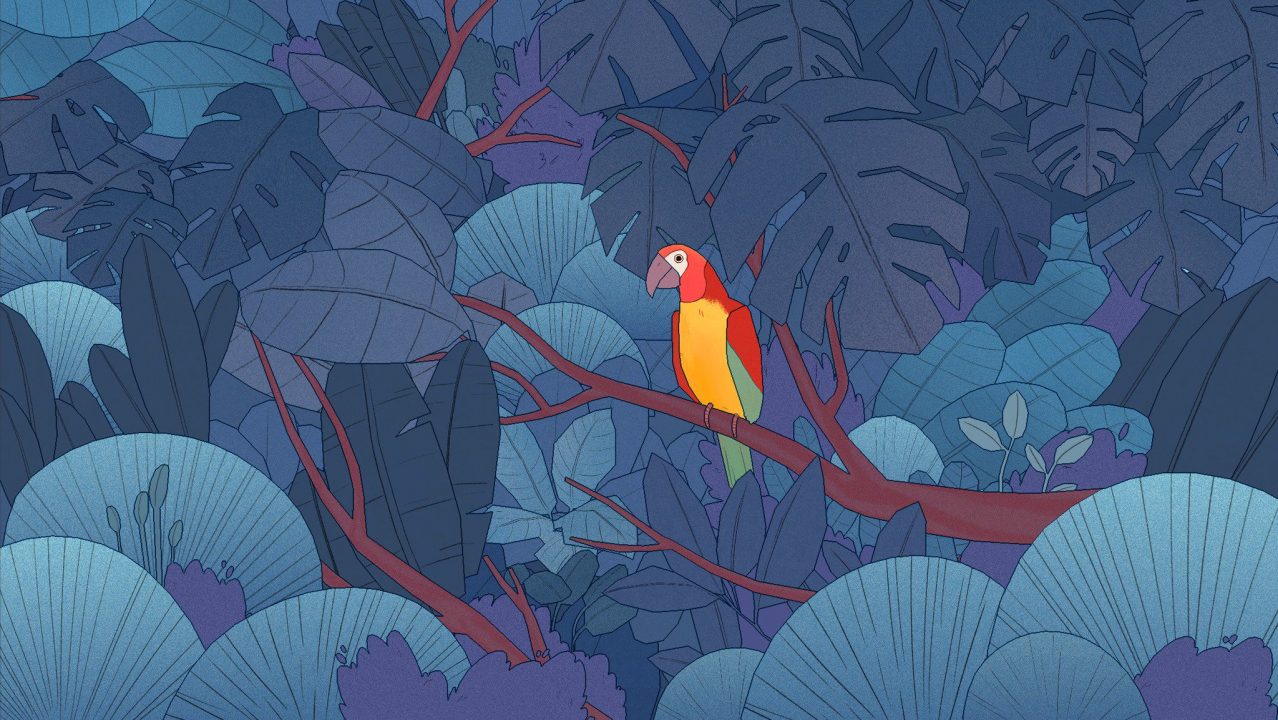 In a nutshell, the game is Tamagotchi, but it’s an onscreen bird that has philosophical elements. The bird is immediately very lovable and repeatedly puts a smile on your face. Fantastic sounds with an incredible interactive section with the sound. Another gamer found it similar to Seaman that came out on the Dreamcast in 1999, but the similarities weren’t so apparent to me. As of now, it’s somewhat lacking in content. Could be a good thing because the few things it does work out very well, but would it justify a purchase if so little was included in the final package? 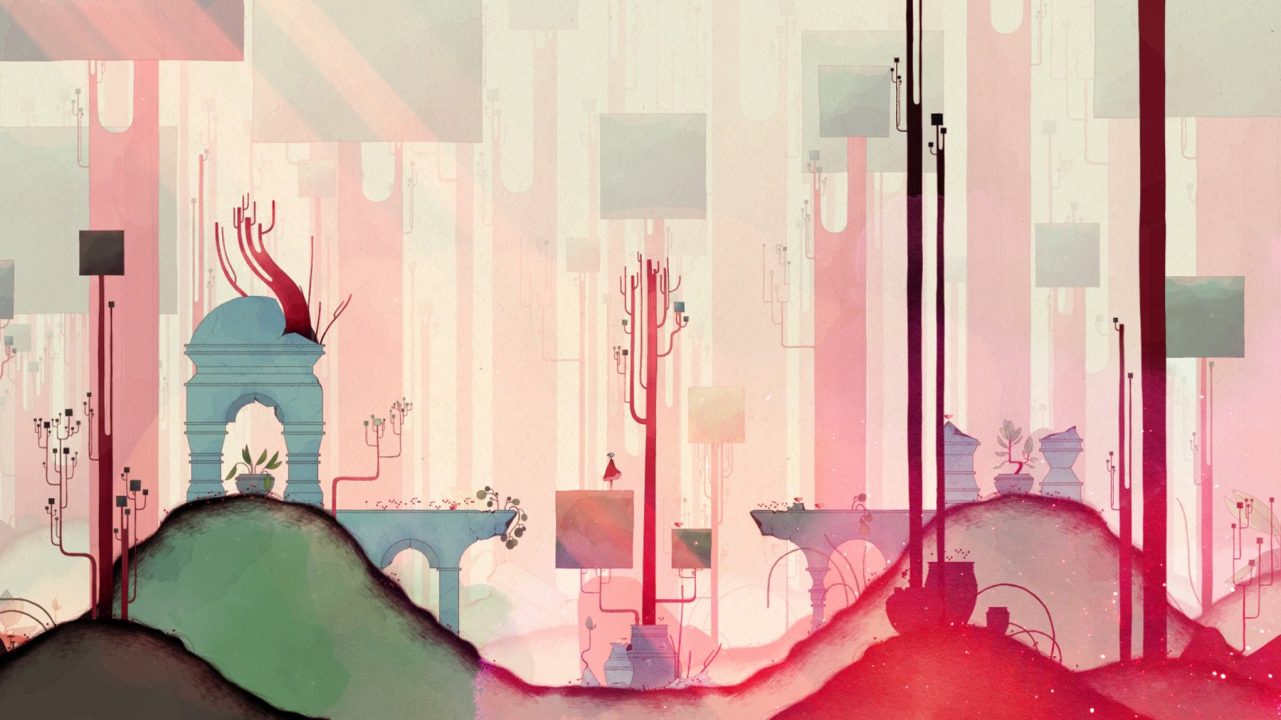 Oh boy, is this game beautiful. The visuals continually jump around from stunning, to awe inspiring, to jaw dropping. The main character’s outfit and goal to ascend higher and higher definitely gave off Journey vibes too. More importantly, the game controls really well too, with just the right amount of floatiness. The fantastic sound and music are the cherry on top. 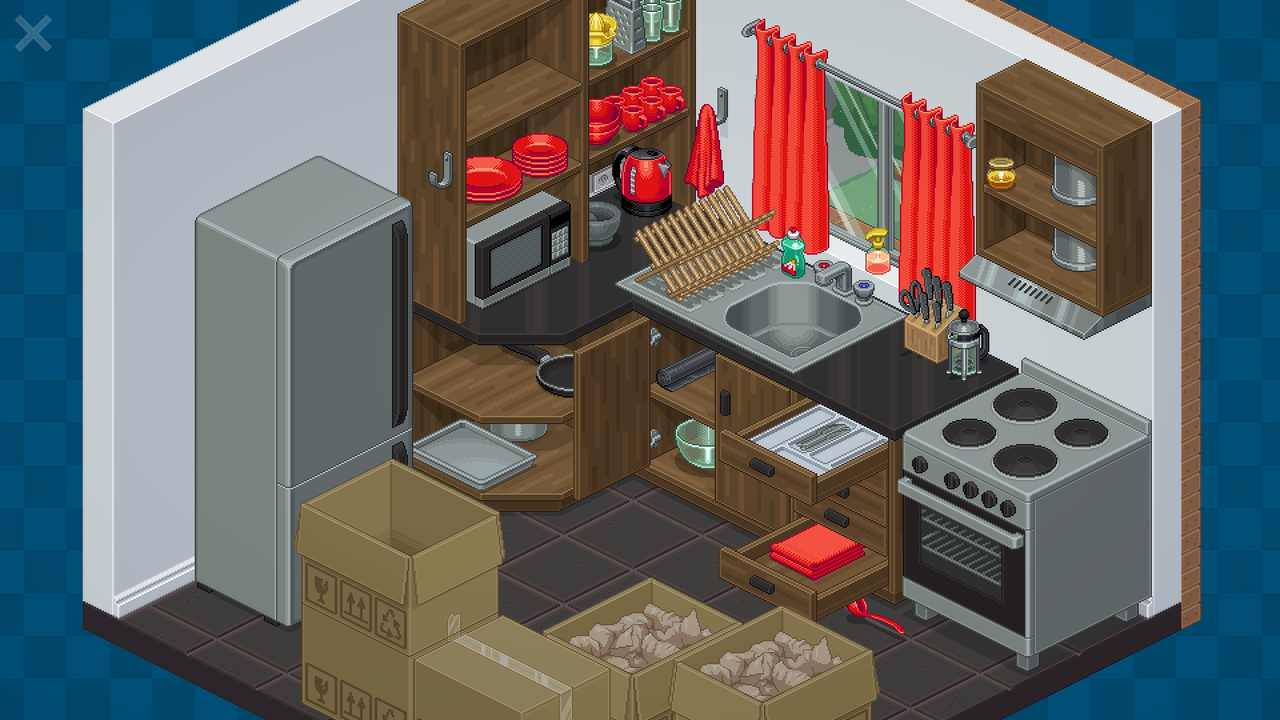 An incredibly unique, yet relatable, game about unpacking contents of moving boxes inside a new home. One of the two developers stated that the game is inspired by The Sims, Gone Home, and Florence, but it really does come across as its own idea. Like Gone Home, you are getting a view into someone’s life by looking through their house and their belongings. Unlike Gone Home, the game does not have any voice acting or text associated with the items. I’m interested to see how the developers plan to expand on their idea as they aim to create 20+ rooms. 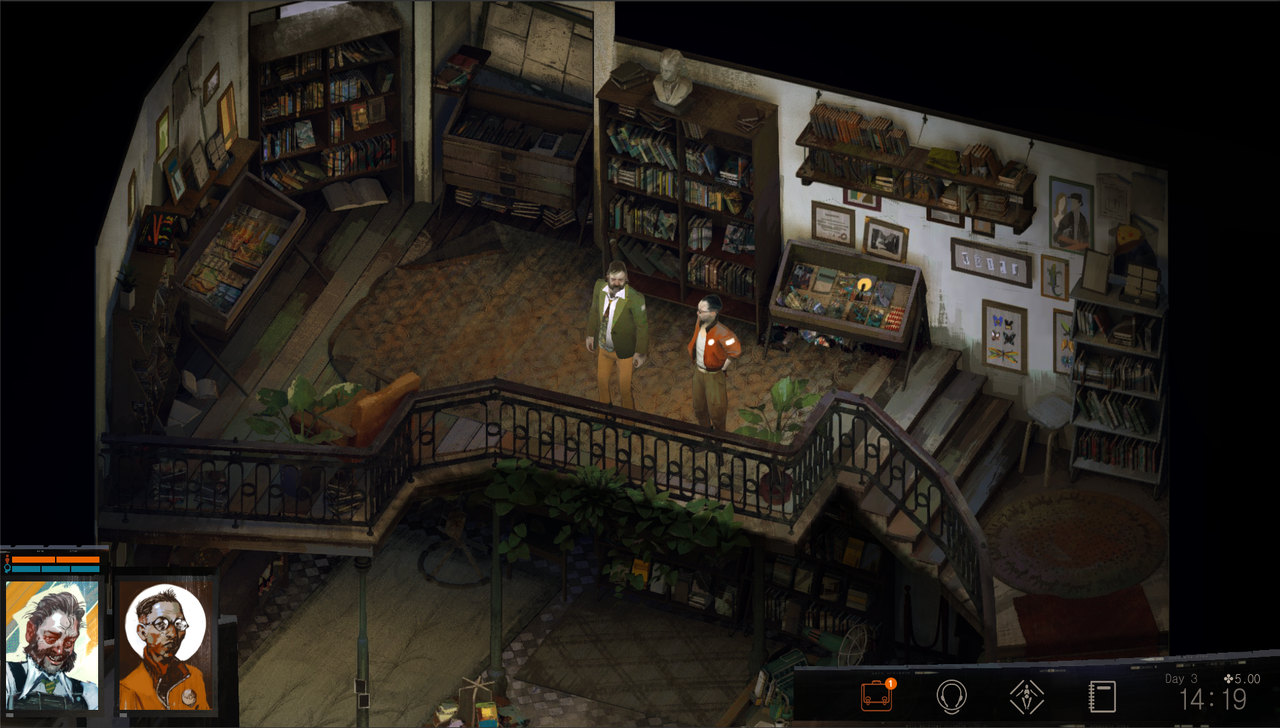 A very dark and gritty game that is inspired by games like Baldur’s Gate and the TV show True Detective. This one has been in development for quite a while (about four years), but has been showing more and more of itself to the public of late. Seems to have an incredible amount of content and customization, as well as new takes on character progression. One of the new takes is called “Thought Cabinet”, which allows you to equip a certain thought to your character that will build and affect you (positively or negatively) over time. Beautiful art style that comes straight from the oil painting background of one of the lead designers. The developers teased a release date announcement at the end of the month, so expect that soon.

And that’s it. Were you at Day of the Devs? What upcoming games are you most looking forward to?