You Shouldn’t Sleep on Shadow of the Tomb Raider’s DLC!

Last week, we checked out Avalanche Studios’ Just Cause 4 at a a press event held by Square-Enix. During that event, they also had a preview for the first DLC for Shadow of the Tomb Raider. We reviewed Shadow of the Tomb Raider and gave it a 9/10, enjoying the game quite a bit. We thought the story closed off fairly nicely, but we wondered what Eidos Montréal would do next with the character. The season pass for the game described seven challenge tombs, which seemed like it was going to be fairly simplistic. Luckily, it looks like the team is going to use these tombs to give more story behind several of the characters Lara meets on her journey. 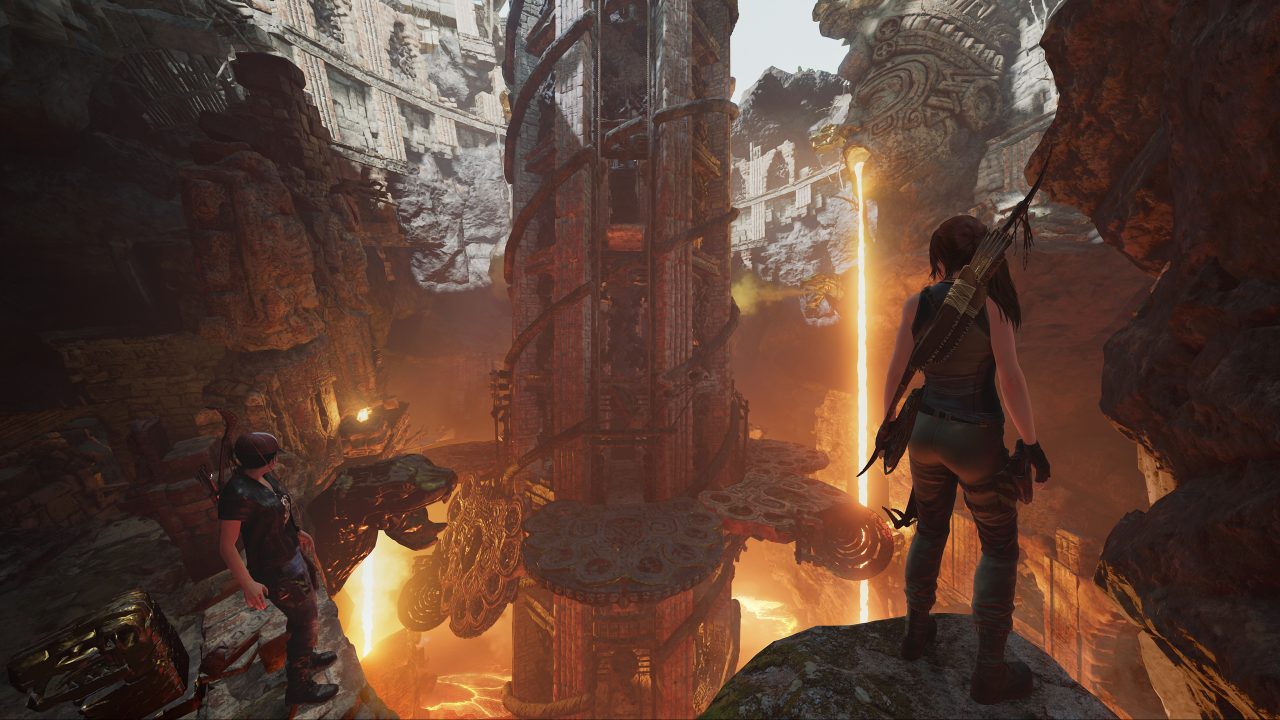 The first challenge tomb to be added to the game is the Forge, a puzzling endeavor that tasks Lara to climb a blazing tower. This DLC will have Lara working together with Kuwaq Yaku local, Abby, exploring more of her character. While this DLC can be played solo, the team at Eidos Montréal decided to use this chance to add multiplayer. What’s interesting on this take is that the player will always be Lara. The other player will show up as the secondary character, though they will still see themselves as Lara.

The Forge itself is a very interesting tomb. A large spiraling tower based in a foundation of molten lava, it’s truly an intimidating sight. Tomb Raider fans will have to use all their skills to take on the puzzles and dangers of this tomb. Fire arrows, timed switches and precise jumps will be needed complete this challenge. When playing with a partner, this can make finishing the tomb much easier, but that doesn’t mean there won’t be more difficult objectives. 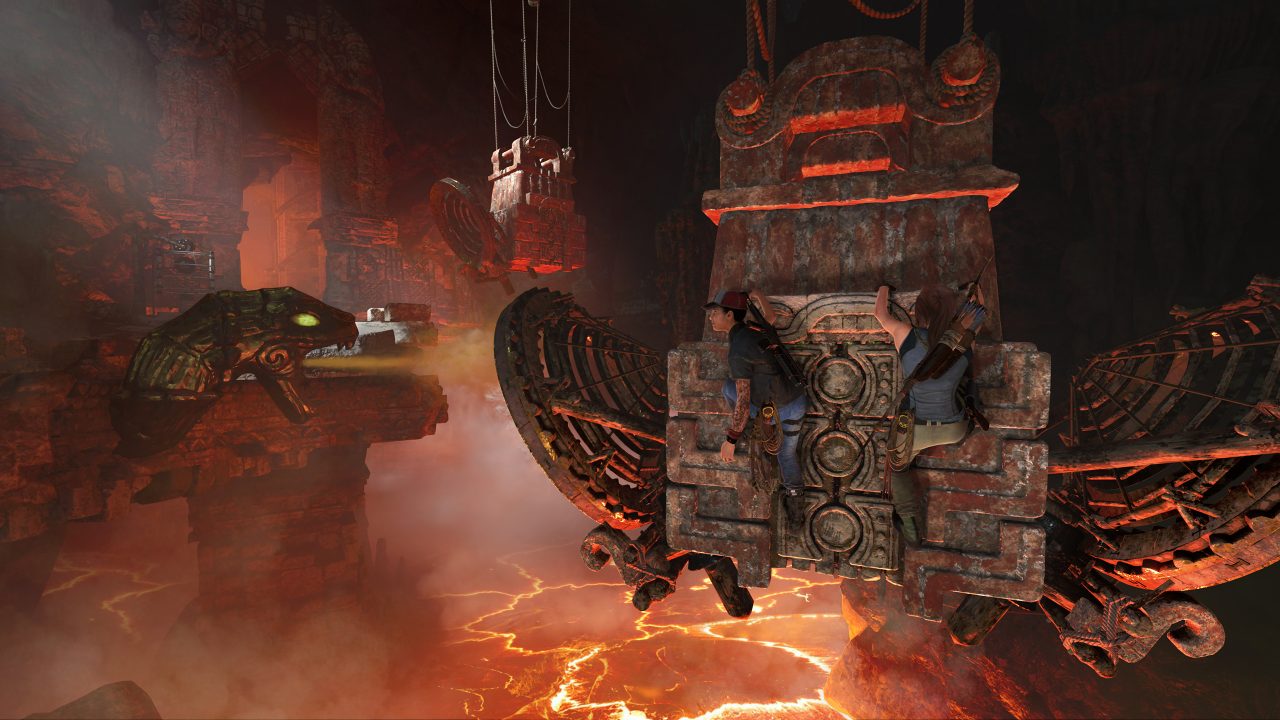 Exploration mode is available for players that want to take things at their own pace. For those seeking a better challenge, there’s Time Attack and Score Attack. Players can score medals based on their performance, getting coins and various other rewards like skills, weapons and more. While getting Bronze or even Silver might be accomplished by veteran players, getting Gold will require near-perfect precision. I especially had a lot of fun with the Score Attack mode.

When playing Score Attack, there will be blue and green orbs, as well as lanterns, scattered throughout the tomb. Players can collect blue orbs to gain points while green orbs will extend their multiplier timer. Players can shoot the lanterns hidden throughout the stage to gain score bonuses. If players can master their timing, they can keep the multiplier going throughout the entire tomb. Scores will be posted to online leaderboards and can give players plenty of bragging rights. 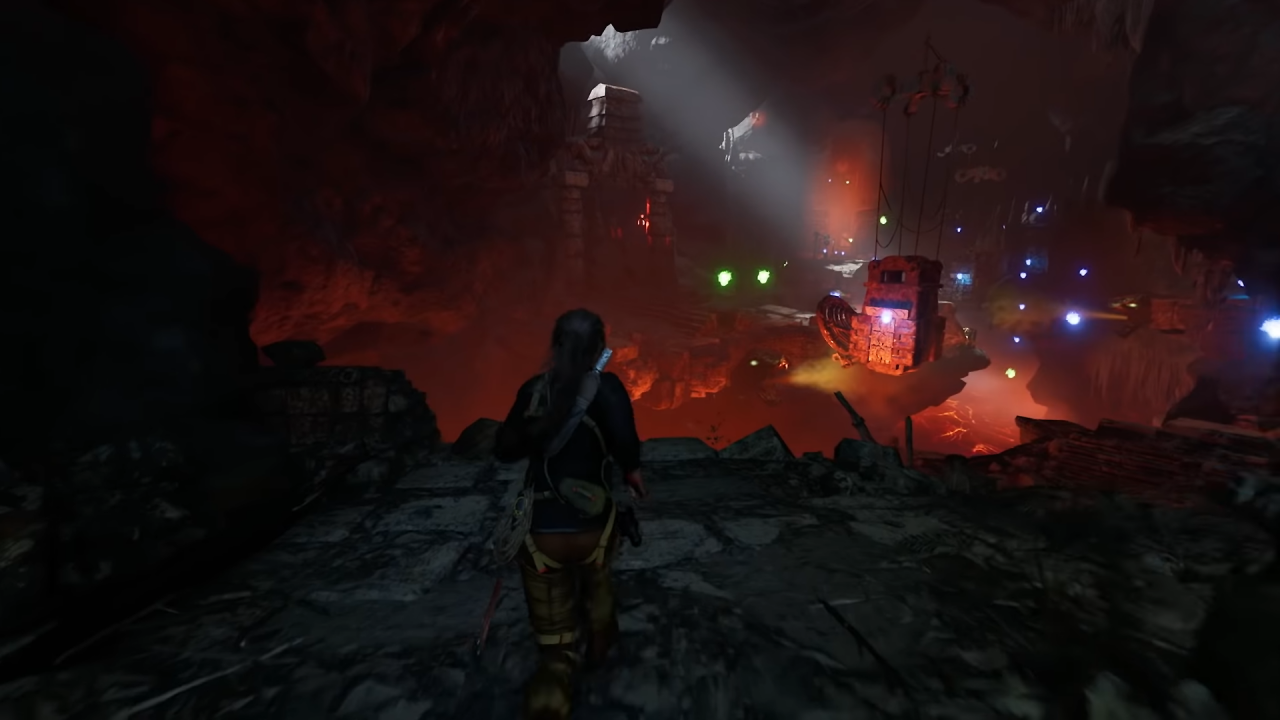 Getting back to the season pass, it consists of seven challenge tombs. While the adventure with Abby in the Forge is the first of many, it gives the team a lot of opportunities. While Shadow of the Tomb Raider closed off the origin story of the new Lara Croft, there were still some unanswered questions. Hopefully this extra content allows the team to explore some of those questions and give more background on the story. It would really be nice to have more exposition on the ending.

While the rewards for playing will be more beneficial for players looking to jump back into the main game, the content itself is rather fun. Some of the best moments of Shadow of the Tomb Raider involved flexing my brain on the challenge tombs. Figuring out that perfect “aha” moment without using any of the in-game tips gave an extra sense of accomplishment. Eidos Montréal didn’t even have to add any story to this content, but the fact they did shows they wanted to go the extra mile to make this content worth the price of admission.

The multiplayer is arguably the most exciting element here, as that gives the game even longer legs for fans. The previous games had more multiplayer and community options at launch, with Rise of the Tomb Raider getting a full multiplayer experience post launch. Having multiplayer back makes the trilogy feel a bit more complete as a whole. Players that are looking forward to entering the depths of the Forge won’t have to wait long, as this challenge tomb becomes available tomorrow, November 13th! The season pass is available for $29.99 MSRP and is also included in the Croft Edition of the game. Shadow of the Tomb Raider is available now for PlayStation 4, Xbox One, and PC.