With a world full of big open-world sandbox games, its sometimes difficult to stand out among the crowd. Even when millions play games like Grand Theft Auto V or Red Dead Redemption II, many players often just use the large world to mess around. These games have high quality stories and plenty of content, but it’s often side-stepped for the random hijinks. Enter the Just Cause series, where the game encourages messing with all the open-world elements to tell a story. Just Cause 4 takes that up a notch, offering several tools to make the most insane things possible.

Just Cause 4 takes place three years after the events of the previous game. Rico, the series protagonist, finds himself at the island of Solis, home of the military group Black Hand. Not only is he trying to uncover the mystery of his late father, but he also discovers a series of unnatural weather patterns. Entering this new playground, he goes head first toward the problem, only to find that he’s outmatched. Rico will need the help of the people of Solis to gain the upper hand, and in traditional Just Cause fashion, that involves blowing everything up. 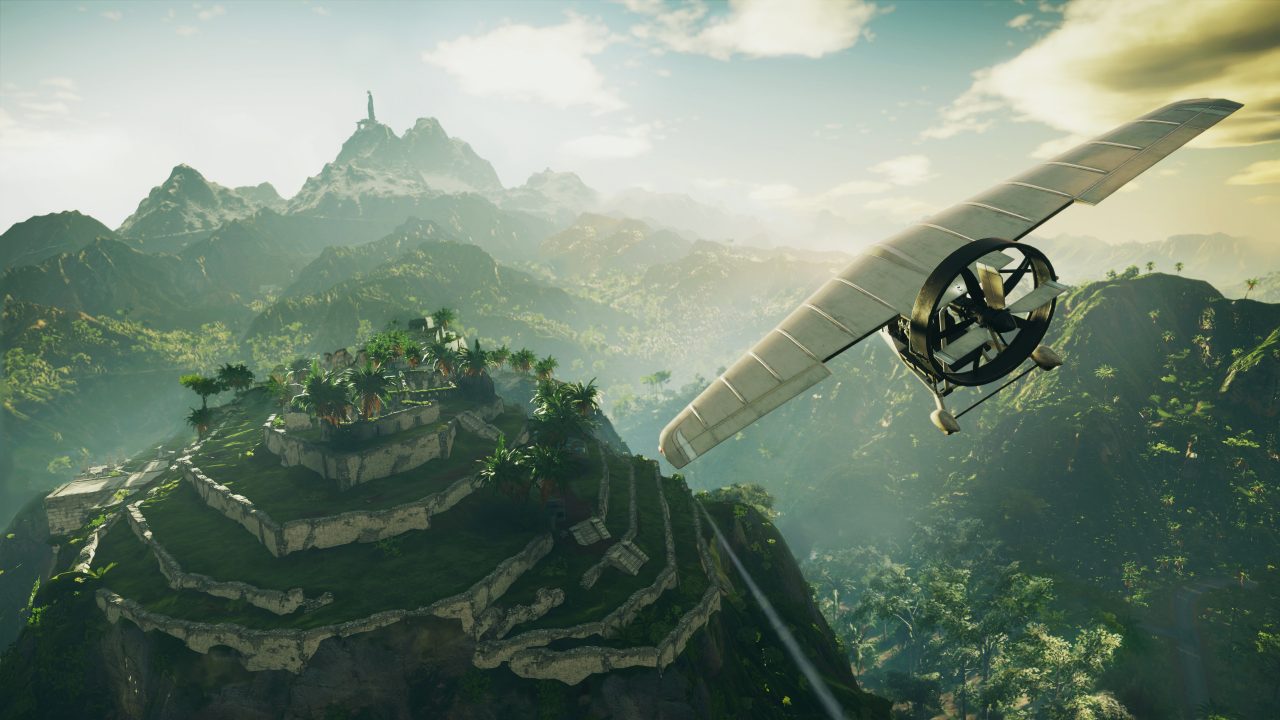 Fans of the Just Cause series may already be familiar with some of the various gameplay features. Rico still has his grappling hook and parachute, along with his wingsuit from Just Cause 3. Despite these familiar features, Rico will have a lot more at his disposal this time around. New grappling hook tools include air balloons and boosters, allowing players more options than ever before. Air balloons can be attached to various objects, causing them to hover in the air, even sending them into the stratosphere. The boosters can be applied to objects to propel them in various directions.

While there are new tools, it’s how Avalanche provided these tools that make them special. Players have plenty of freedom to customize the way these tools work. Want to make the balloons activate with the tap of a button? Want to adjust the direction of propulsion for a booster? How about adjusting the way your grappling cables retract? All of these options and more are at your disposal, giving not only useful results, but hilarious ones as well. Just playing with the tools, I sent a pirate ship ride spinning into orbit within seconds. 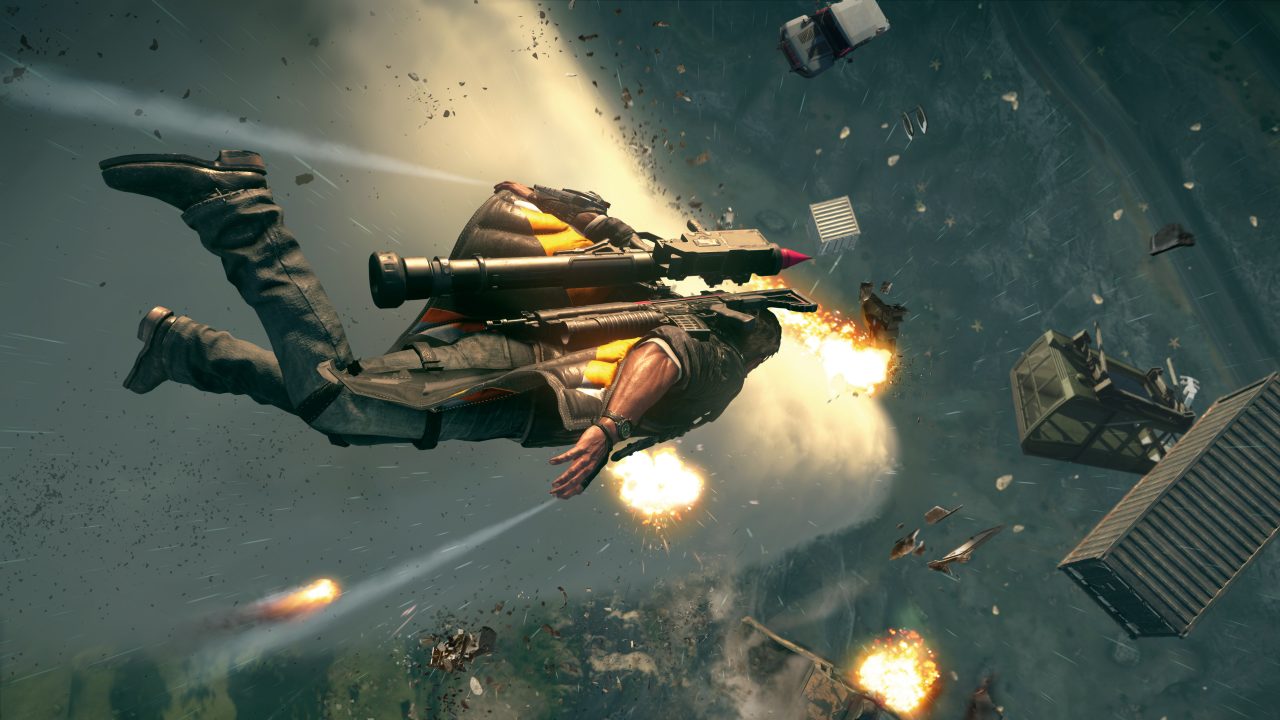 While it’s fun to play around with the new tools, there are still plenty of new features to discover. As mentioned before, Rico has to deal with a series of unnatural weather anomalies. Tornadoes, blizzards, sandstorms, and tropical lightning storms plague the island of Solis. With four sectors, each area contains their own environment and weather effect. Each one changes the rules of the game a bit, making players adjust the way they take on any situation. During my demo, I only experienced a couple of these weather changes, getting a chance to experiment with them.

When encountering the tornado, it was interesting to watch it lay waste to all in its path. Deploying the parachute near it instantly lifts Rico into the air, but it can end badly if you stick with it. The wingsuit on the other hand allows Rico to fly around the twister in the direction of its rotation. It will also pull most vehicles into the air, especially when combined with the air balloons. Using a rocket launcher, I shot a rocket toward the tornado and using the new secondary fire, I was able to guide it into the rotation of the tornado as well. It’ll be interesting to see how players use the tornado as a tool of destruction. 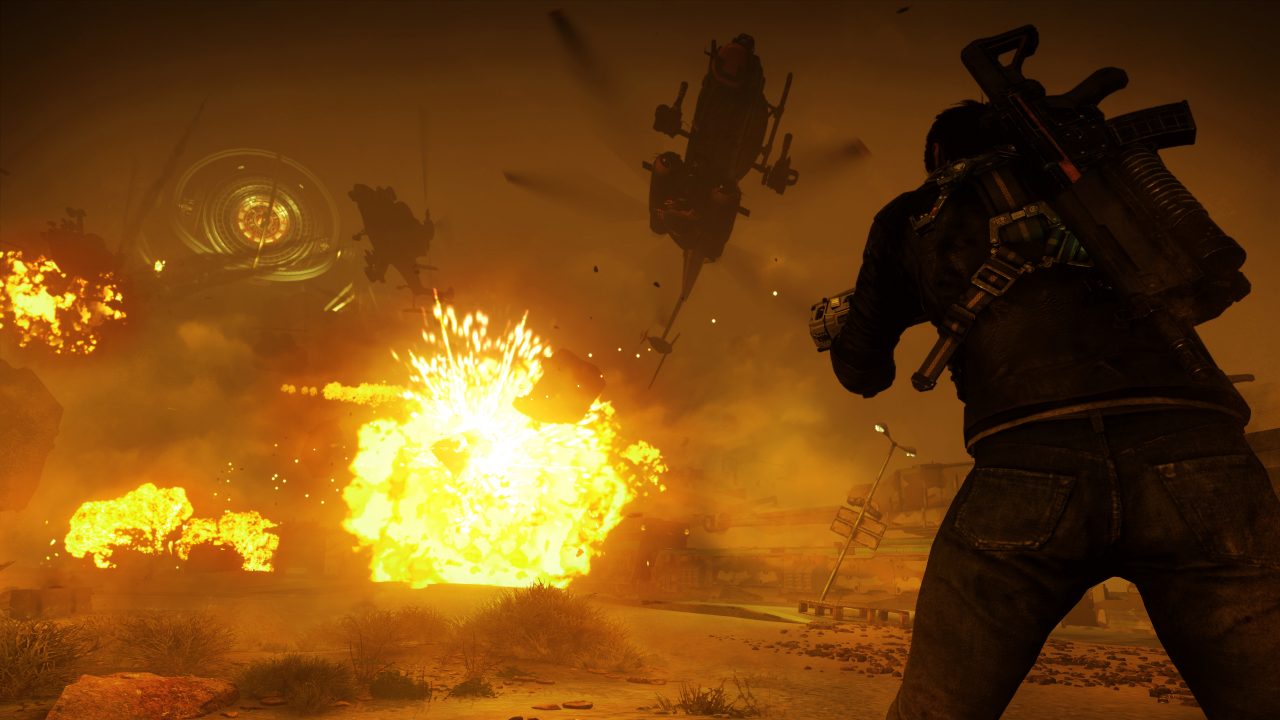 The overall foundation of Just Cause 4 will remain familiar to fans. One thing fans may notice is the quality of life changes from Just Cause 3 to the sequel. Solis being one big land mass will make vehicular travel a bit easier than the multiple islands of the previous game. Most weapons will have a secondary fire option, so this makes the two weapons Rico can carry feel like four. Supply drops also return, now with multiple pilots that players can customize the loadouts of for quick access. 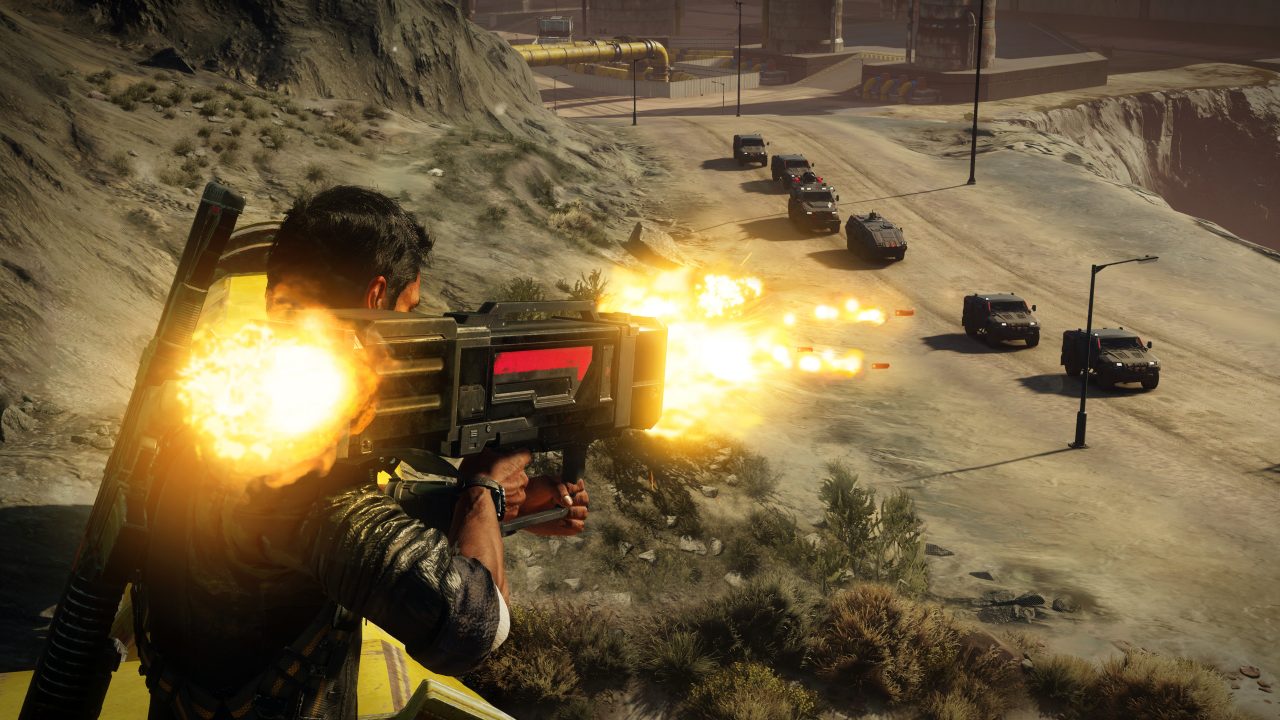 With blizzards and tropical storms still left to experience, Just Cause 4 seems to have plenty in store. These weather effects on top of the many custom gear options give plenty of freedom to players. Supply dropping a tank and adding air balloons and boosters, driving a car straight into a tornado to get a boost into the air, these are just a couple examples of what fans can do.  With more tools than ever to cause catastrophic chaos, Avalanche Studios has opened the floodgates to tons of possibilities. We’ll have more on Just Cause 4 as it gets closer to its December 4th release date.