How does one survive the apocalypse? Is it done with strength and cunning? Or perhaps it’s done by hiding in some sort of shelter? In Mandragora’s Skyhill, it’s done by MacGyver’ing items to kill the mutants that take residence in the 99 floors beneath your penthouse suite. Essentially being resourceful, all while managing your health and hunger. 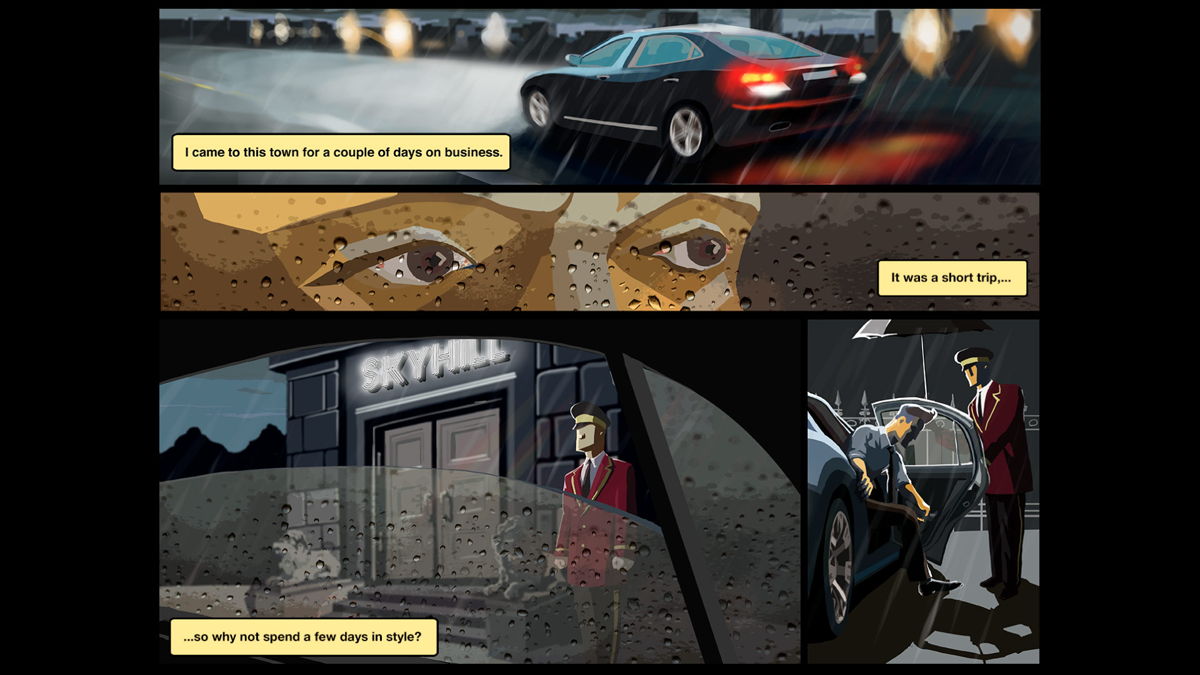 The game opens with a short comic book intro that explains the main character is on a short business trip. Fortunately for him, he spared no expense and booked a hotel room that protects him from a biological attack. Unfortunately, the rest of the patrons and the staff of the hotel were not so lucky. Similar to the first episode of The Walking Dead TV series, the main character finds himself alone with little to no resources, trying to escape from the clutches of an evil horde.

The game is controlled in a point and click manner, but it functions more like snap and select on consoles. However, the real intrigue comes from the battle system, as well as the health and hunger management system. Battles are a risky endeavor that give the player the option of choosing accuracy at the loss of power, or power at the loss of accuracy. Managing your health and hunger is a constant push and pull of “how much further can I go without healing”? As these resources are limited (especially early on), it can be pretty damning if you are not careful. 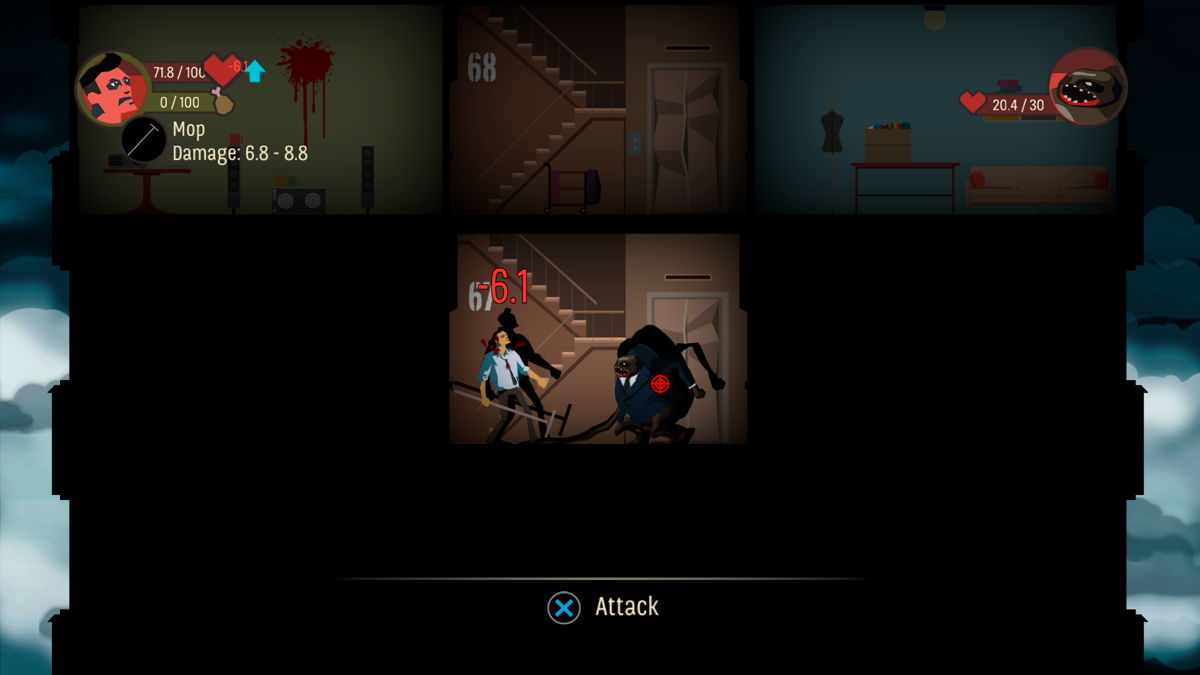 Pros: Easy to understand combat that offers a very fair “risk versus reward” system. Players won’t completely restart after each death. While items and character levels are lost, active and passive perks are gained. These perks provide a huge advantage is subsequent playthroughs. There are fun little Easter eggs in random rooms with nods from Iron Man to Albrecht Durer. On top of that, there’s also an occasional silly text message.

Players can select a difficulty setting at the start of each run. The game constantly pushes you to try and improve. Right after death, the game makes you want to start over instantly, trying to decrease risky actions. Skyhill will encourage you to do better next time with each lesson learned. 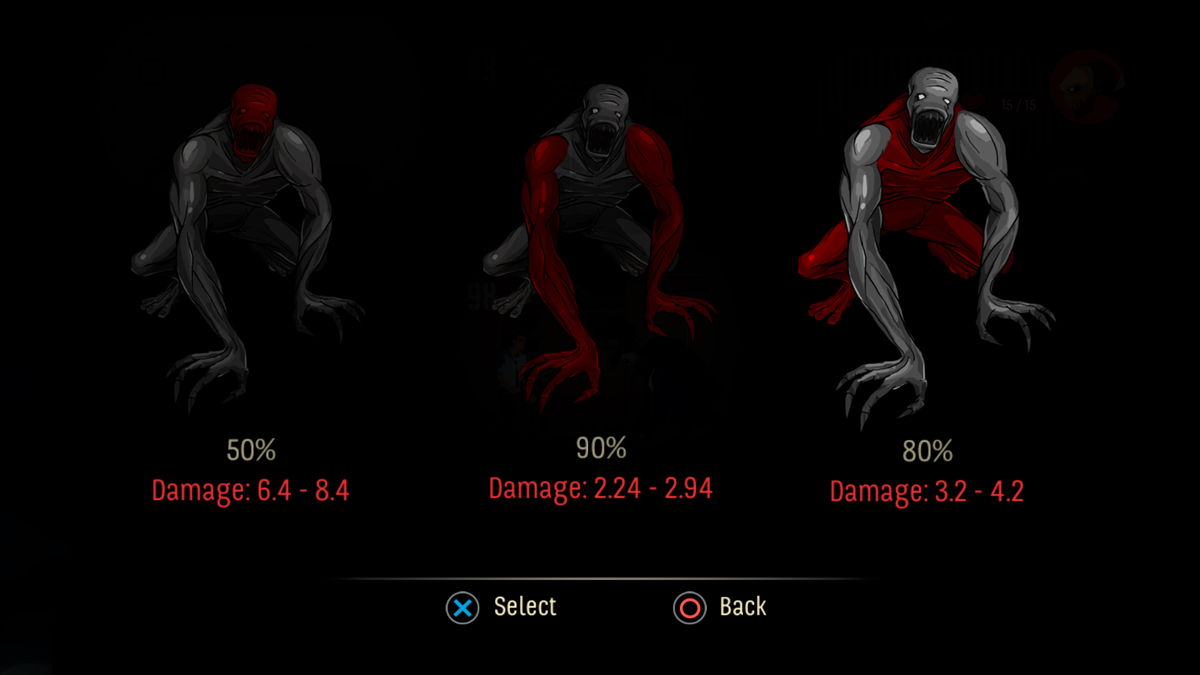 Cons: The selection cursor snaps awkwardly when attempting to move a room or two ahead while your character is in motion. It then snaps to your current location, rather than staying locked on, which can be problematic. While leveling up, skill point distribution isn’t very efficient about advantages of going with certain attributes. You have to move up or down, and then go back to the originally selected attribute to see the benefit. The music lacks variety and it would have been nice to get some more tracks overall. Finally, the gameplay is pretty monotonous and it can all blend together by the time you make it (if you make it) to the lower floors.

All things considered, Skyhill does more things well than not. This is a very accessible survival game that doesn’t make you read through massive amounts of text or mull over every single decision, which is great. A little more variety within the setting and music would’ve been good as well, but within the parameters that the game has set, the creative decision makes sense.