Marvel and Nexon have teamed up to launch Marvel Battle Lines, a new collectible card game for mobile devices. The game will be free-to-play, including over 200 cards featuring many favorite Marvel heroes and villains. A brand-new storyline written by Alex Irvine will accompany the single-player campaign, and players will be able to play PvP as well.

The game aims to change up the CCG genre by giving more control of the playing field for the players. Building a deck of 12 heroes and abilities, players will be able to battle on a 3×4 grid. Marvel and Nexon hope to have long-term support for the game with many events and new cards. “At Nexon, it’s our goal to create fun and engaging games that can be played for years, and Marvel fans and competitive gamers alike can expect a steady roll out of new cards to collect and shake up strategies, regular live events and challenges and much more in the days, months and years ahead,” said Lawrence Koh, General Manager at Nexon M.

Marvel will likely tie in the events to various films and other media that they release in the future. Looking at many of the cards, it feels very MCU focused, with a few exceptions. Favorites like Iron Man and Spider-Man will be there, as well as characters like Blade and Gwenpool. The Executive Creative Director at Marvel Games, Bill Rosemann, had this to say about the game. “Marvel has a hallowed history of bringing the heroes we love and the villains we love to hate to the world through trading cards and we’re thrilled to continue to build upon that long legacy in Marvel Battle Lines.”

Marvel Entertainment Senior Vice President of Games and Innovation, Jay Ong, says “As we continue to look for ways to expand our audiences, Marvel Battle Lines is a great addition to our portfolio of high-quality mobile, console and VR games. We deliberately chose to work with Nexon to ensure we deliver a card battle game that is true to the genre and authentically Marvel.” Nexon being an industry leader in the free-to-play model of gaming, this partnership made sense.

Anyone interested in downloading Marvel Battle Lines can do so starting today on the App Store for iOS devices or the Google Play Store for Android devices. The game is free-to-play and will likely have various in-app purchases. More information can be found at www.marvelbattlelines.com, as well as their official Facebook and Twitter. Feel free to check out some of the screenshots in the gallery below as well. 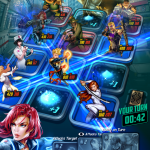 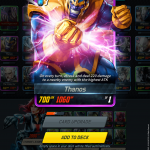 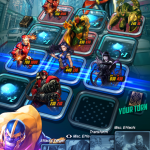 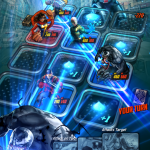