Let’s get something straight from the beginning, having the guts to make a bold move that drives a well-established brand in a completely new direction is something rare these days. Going into uncharted territory can raise both criticism and acclaims, and it’s certain that not everybody will be pleased with the results, especially hardcore fans, but it sometimes can be the right step towards the revival of a dying franchise. 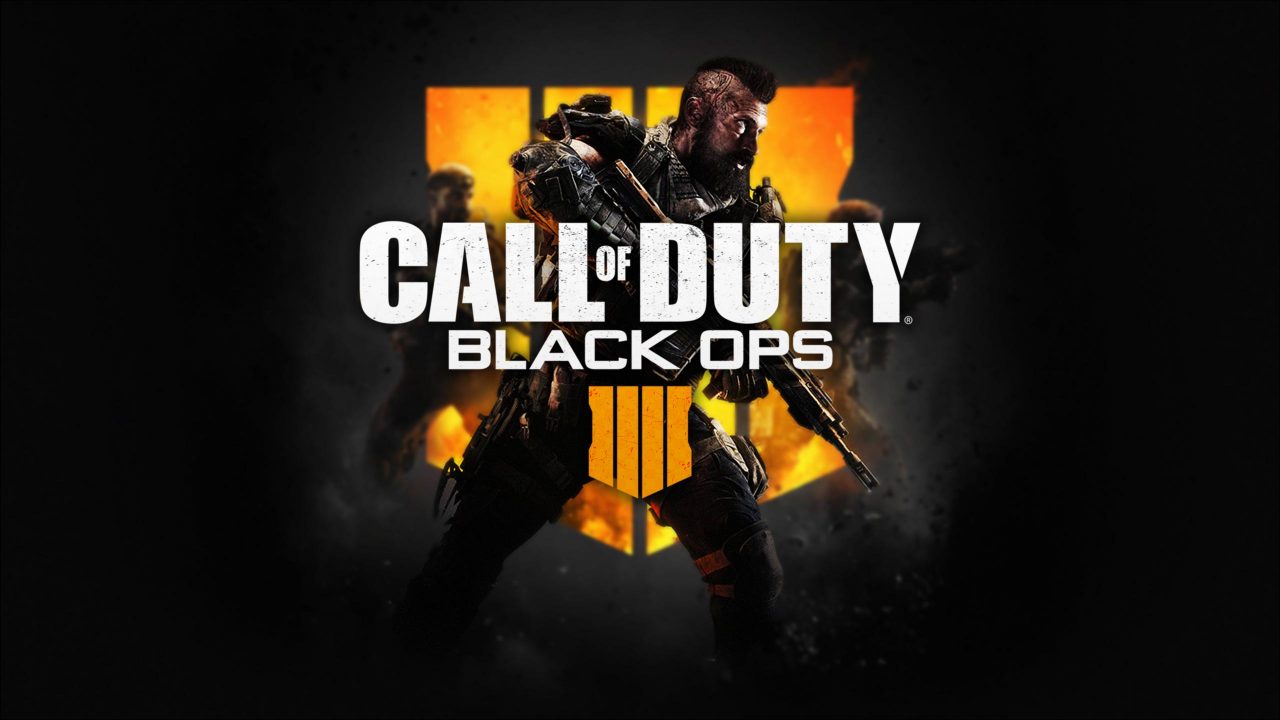 You may already have a hint about what I’m talking about… Yes, I’m referring to Black Ops 4, as for the first time in the game’s history, Activision Blizzard decided to drop one of the most interesting parts of it, the action-packed, story-driven single player campaign. Such a decision is not taken lightly, not even with pockets full of cash and with other franchises that can hold the ground if one or more fails. Was it the right decision for them, or is this opening the mythical Pandora’s box?

If you cut a game in half, and you want to sell it, you would sell it for half the price, right? Theoretically yes, and this is what most fans expected from the series, but it’s not the case with Black Ops 4. They did not split the game into two pieces, and only sold you one half, they more or less shifted their focus towards multiplayer. And yes, it’s very noticeable, as the developer managed to deliver a way more polished experience, even if it might seem limited at first. This new formula instead divides the game into three modes.

Standard competitive multiplayer, a mode that everyone is accustomed to by now. It’s your fast-paced, run and gun, genuine Call of Duty experience. There are a few new mechanics introduced to this mode, one of them being the return of the good ol’ health bar. I don’t know why, but I always loved managing the health bar (as I do with my gun clip). When you get shot, your health bar is lowered, and you can use medkits to replenish it. Call me a freak, this is oddly satisfying for me. This replaces the annoying red screen mechanic, where when you get shot, the screen gets gradually redder, and then you magically recover and your vision clears. Bummer.

Another layer of difficulty is added by body armor (bulletproof vests), which can be really annoying at times. Because most players will have them, you will have to get too as soon as possible, as trying to shoot someone with body armor can become very frustrating and mostly unsuccessful. Even when having the higher ground (be careful Luke), or shooting from behind won’t save you from your opponent’s wrath. I feel like this is very hard to balance, proving more frustrating than useful, but at least makes it a tad more interesting.

Specialists classes, alongside the game’s progression, make a big part of the game. By playing more, you’ll be able to unlock cool new abilities. This includes the power to unleash dogs on your enemies, dropping barbed wire, machine guns with unlimited bullets and the much more powerful ultimates. And this pretty much sums it up… in a nice-ish, grounded experience. 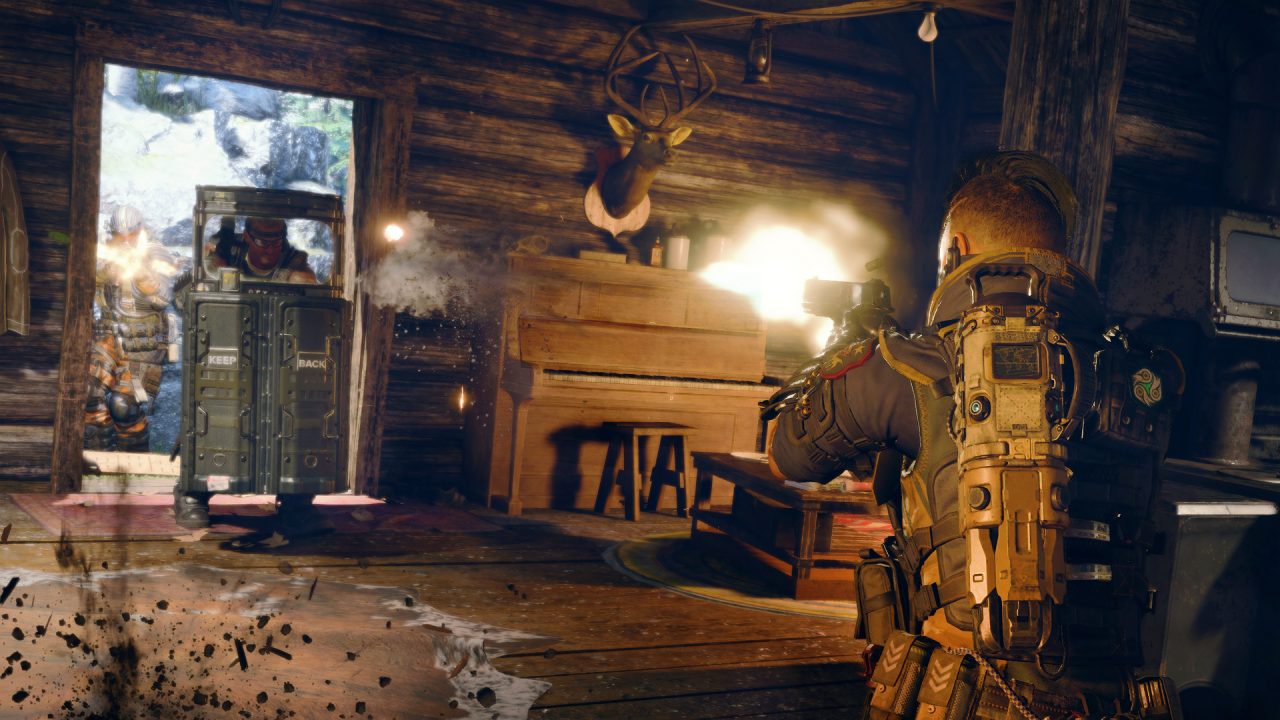 Blackout is by far the icing on the cake and might be the reason I will be sticking with the game for a few more months. It’s not that it brings something completely new to the table, as Battle Royale games already saturate the market, but Activision spent a bit more time than others on polishing this mode out. Compared to Fortnite or PUBG, the grandfathers of the genre, Blackout is very accessible and rewarding at the same time. You’d argue that Fortnite is easy too, but it has an extra layer of construction that makes things complicated and unbalanced for new guns. Black Ops 4 is as easy as it gets for newcomers, and if you have a good team, you’ll have good chances of succeeding even in the first few matches.

Don’t get me wrong, it’s not an easy peasy mode, but it’s a lot easier to understand and enjoy than its competitors. The map is huge and generous, and no matter where you are heading, you can be sure you’ll end up finding someone to shoot at. I was afraid that the conflict would be too divided to keep me entertained, but this was not the case. The map also shrinks gradually, forcing everyone to play on the same battlefield and reduces the chances of having more campers.

Vehicles, such as the ATVs, are very intuitive to control and can give you a slight advantage in combat. Cruise around and discover the scenery, or jump right into combat… it’s entirely your choice, but hurry, the map is getting smaller and smaller as we speak. I’m hoping that more maps will be added in the future, even if we have to pay for them as DLC content. Variety is needed and will be even more sought after in the future. But for now, packed like this, Black Ops 4 is a true competitor in the Battle Royale genre. 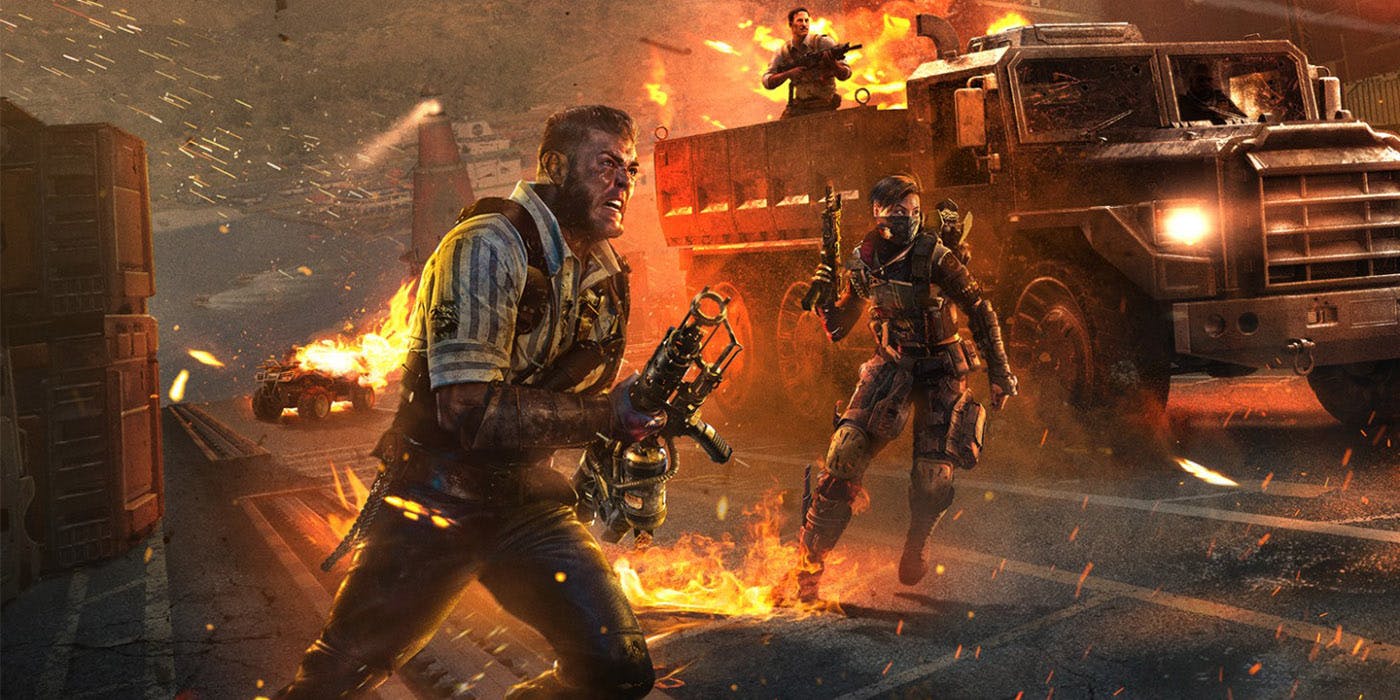 Last but not least, the quirky Zombies mode is present in this game as well. This time it doesn’t feel as dull as before, as the developer added a few new interesting things. From that list, by far the coolest thing is the boss system. Using the gongs scattered around the map, you will summon multiple mini-bosses. If you manage to kill all of them and place all their heads on a sacrificial altar, you will unlock a final, tougher boss. It’s a challenge for you and your team to defeat them and it sure feels like a real accomplishment defeating a huge ass boss.

There also a lot of new magic and potions that grant buffs like the ability to run faster, revive people quicker, boost damage, teleport to random spots on the map, etc. You’ll also be able to wreak havoc using weapons like a laser-equipped magic staff, a minigun with infinite ammo and much more.

New maps have also been added, giving a fresh new look to the mode, with locations such an awesome Colosseum arena, where you will fight both fierce animals and huge groups of zombies, making it one of my favorite all time Call Of Duty map. It’s the little things that make this mode tons of fun. Shoot lasers, run from tigers, and have a great time! 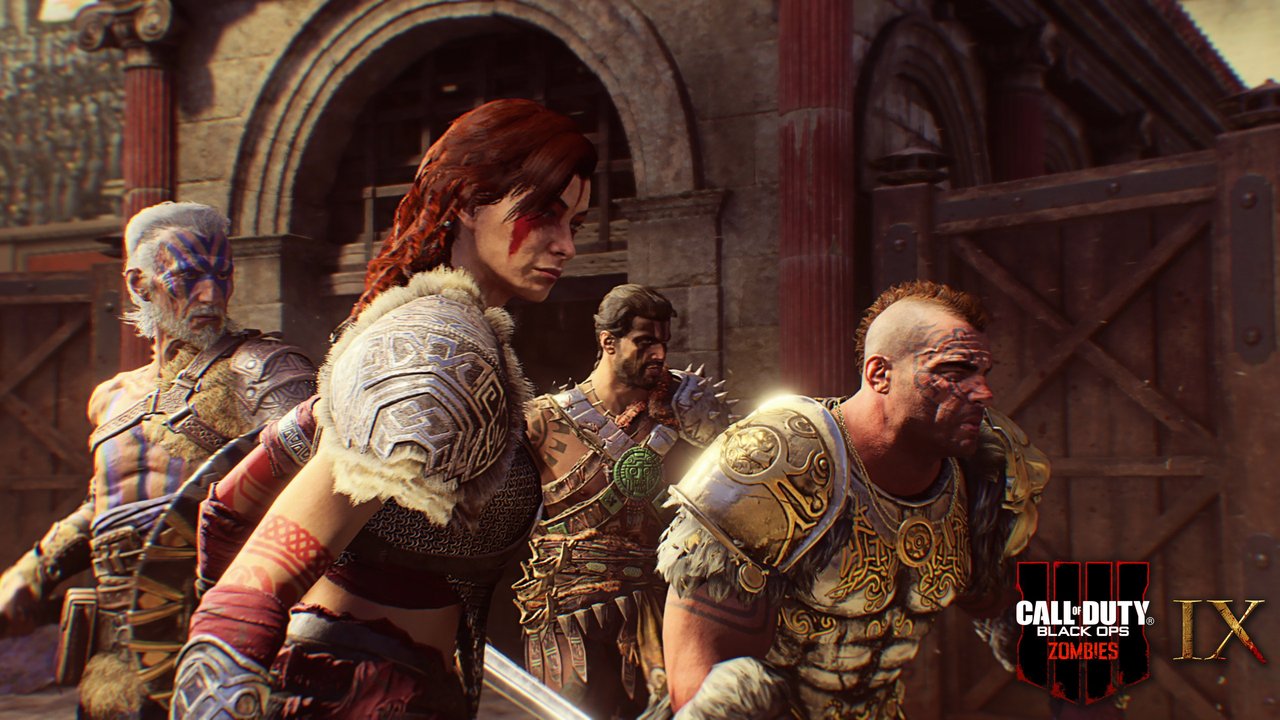 Whether you like it or not, Black Ops 4 manages to offer a complete package. Yes, it’s not catered to the single player fanbase of the game, but it compensates with all of its multiplayer modes. It combines the regular multiplayer with new and exciting modes, giving you a lot to choose from. An epic single player campaign would have certainly been well received by everyone, but maybe this is the right move for the franchise… giving us what we really need, not what we think we want.