I Want More Sports Stories Because of NBA 2K19 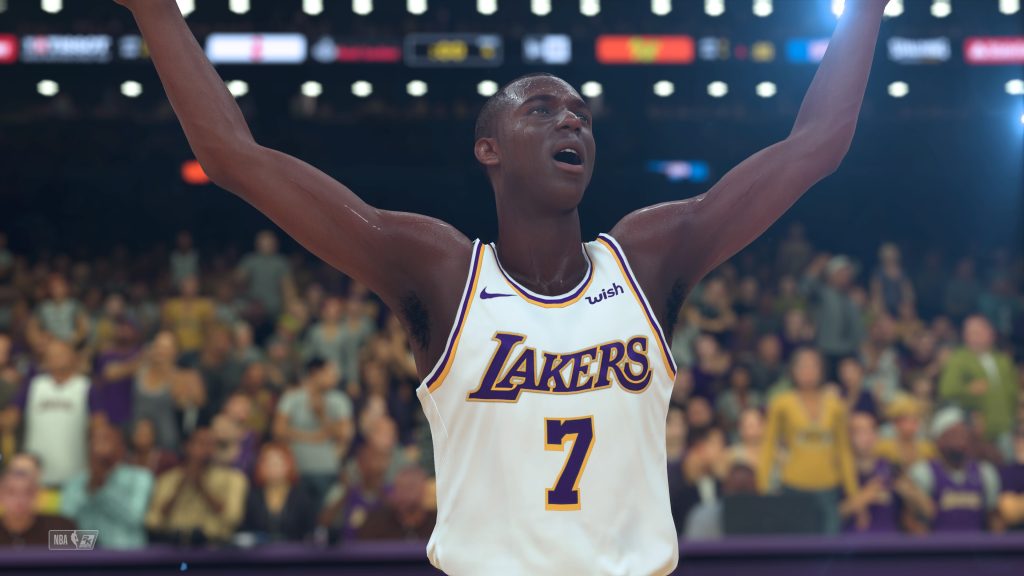 I gravitate towards two types of games: 2D platformers, and narrative adventures (AKA “walking simulators”). Secretly though, I’ve always been curious about sports games. Still, one of my earliest gaming memories is sitting with my uncle, playing Madden ‘95 on the Super Nintendo. I also miss the days of NHL Hitz and NBA Street, oddly. I’ve always wished there was a sports game that really pulled me in to its world… NBA 2K19 seems to have done that for me with its story mode.

It’s a strange timeline we’re in: Call of Duty abandons single-player campaigns, while sports games pour energy into stories. I started the “MyCareer” mode in NBA 2K19 expecting a shallow result: a promising college ball player starving to succeed. Instead, I got a tale of rivalry, failure, and growth that gripped me more than the stories in many non-sports titles. Even with some predictable tropes and unbelievable moments, the story of “A.I.” is one worth hearing. 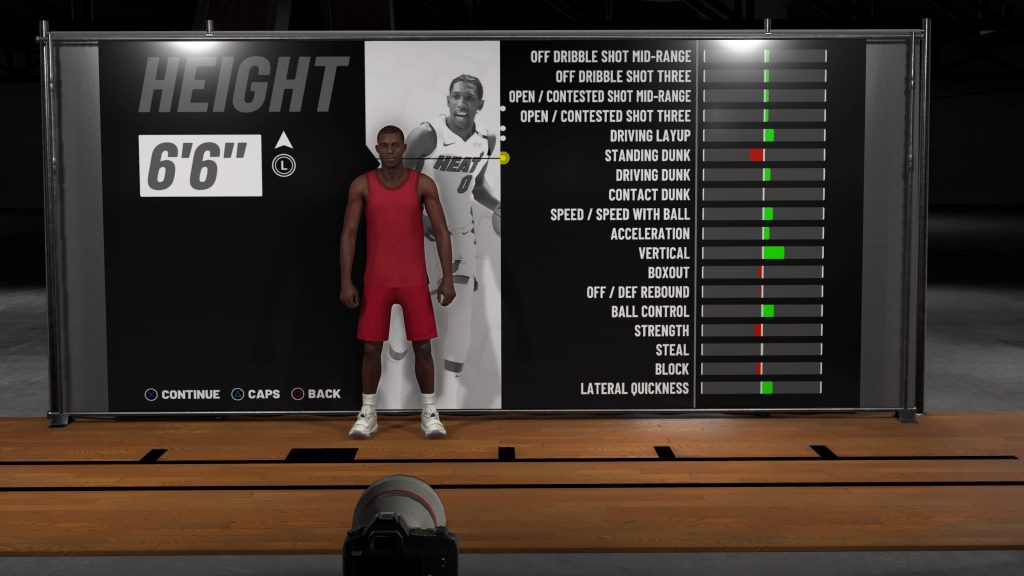 “The Way Back,” as it’s titled, begins in a photo shoot. Your character (who everyone calls A.I. because it’d be really expensive to script and record commentary for multiple nicknames) get profiled in a number of trading card-like photos, perfect opportunities for you to choose your player’s look and stats. From there, his manager leads him on to the court…a Chinese basketball court, that is. A.I. plays for the Shanghai Bears, a fictional Chinese Basketball League team, and the experience overwhelms. The coach coaches in Chinese, there’s a language barrier between him and almost everyone around him. Though I felt fascinated at being in this new, unfamiliar space, A.I. doesn’t share that sentiment. He looks at this place as a stepping stone to the NBA, and he’s got a chip on his shoulder.

Of course, A.I. makes it to The League eventually: you have to start the full MyCareer mode somehow. But the journey he takes to get there is complicated, one with self-doubt, rivalry, romance, and even fireworks (literally). This is conveyed over a number of high-production value cinematics, featuring professional actors like Anthony Mackie, Ricky Whittle, Haley Joel Osment, and Ginger Gonzaga. There’s even branching narrative elements, and those choices have effects later down the line. 2K even adds in fun minigames, like a carnival free-throw shootout with a future love interest, or a retro game of 2K played with old polygonal graphics at an arcade. But “The Way Back’s” strongest aspects come in its blending of classic sports narratives with the trappings of modern celebrity and coming of age. 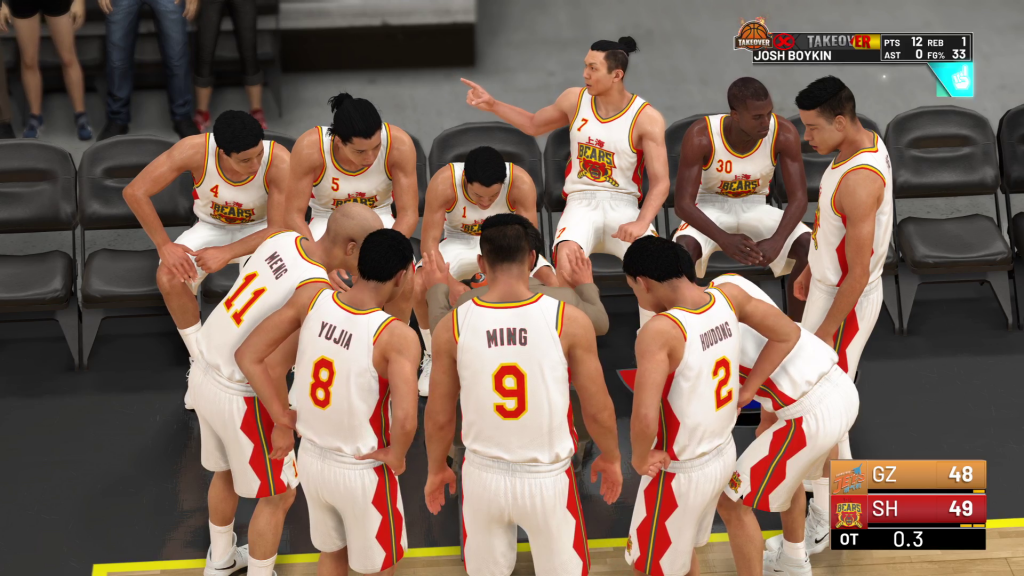 “Making it” isn’t just a question of “being the best:” it’s about networking, marketing, and opportunity. In the modern era, this means “virality” and pure star power. A.I., after being traded to the G-League’s Fort Wayne Mad Ants, has to find his way back into the limelight somehow. The Way Back deals with social media’s influence, how one video can be the difference between stardom and defeat. But it also rolls in more conventional sports stories: the selfish player learning to be part of a team, appreciating what’s around them in the moment.

This comes across even stronger in a world where tens of thousands of players are battling for only a couple of hundred spots. Some people are ready to do anything to come out on top, and Marcus Young is that rival for A.I. Though he’s a teammate, he and A.I. definitely clash. Sometimes Marcus’ scummy nature is over the top, but he pushes A.I. to be better. I felt for A.I. in his defeats, especially when they helped push Marcus forward, and by the end of the story I was more than happy to show Marcus who was boss. This had less to do with Marcus though, and more to do with really attaching to A.I. and his drive for success. 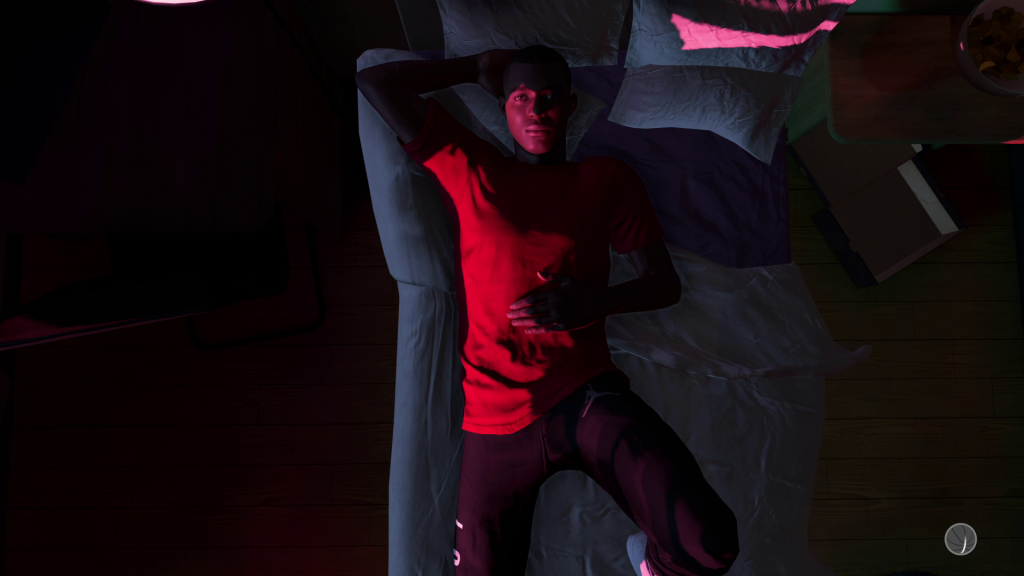 A.I.’s not just a ball player, he’s a person

Story modes in many action games usually don’t give us much time to learn about our characters in deep ways. Scenes revolve around conflict, so we balance learning about our protagonists with gaining abilities, fighting enemies, and tackling bosses. NBA 2K19 takes a different approach, providing long cut-scenes where A.I. does things that have nothing to do with basketball. He burns food in his Chinese apartment and deals with yelling neighbors. He dates, he jokes around with teammates, he plays video games. And though he starts off as a bit of a tool, he learns from his friends, he changes and grows. Interestingly, his growth paired up with my growth in the game, too.

When I first started the Prologue, I wished I could skip the game segments and just watch the cut-scenes. I didn’t know how to play the game well, and my mediocrity was compounded by having an “average” rated player. I missed shots, got the ball stolen from me a lot, couldn’t keep up with stronger players. But I learned the rhythm of the game and what kind of teammate I wanted to be, and I started making better plays.  My grades in-game improved too, so as A.I. became better in the story, I became better in real life. By the end of the campaign I wanted to prove myself, just like A.I., and I wanted my teammates to be part of that experience. This meant that by the time I cleared the campaign and A.I. took his draft pick (to the Portland Trail Blazers, my current hometown team), I actually didn’t want to run back to an action game…I wanted to play more 2K. 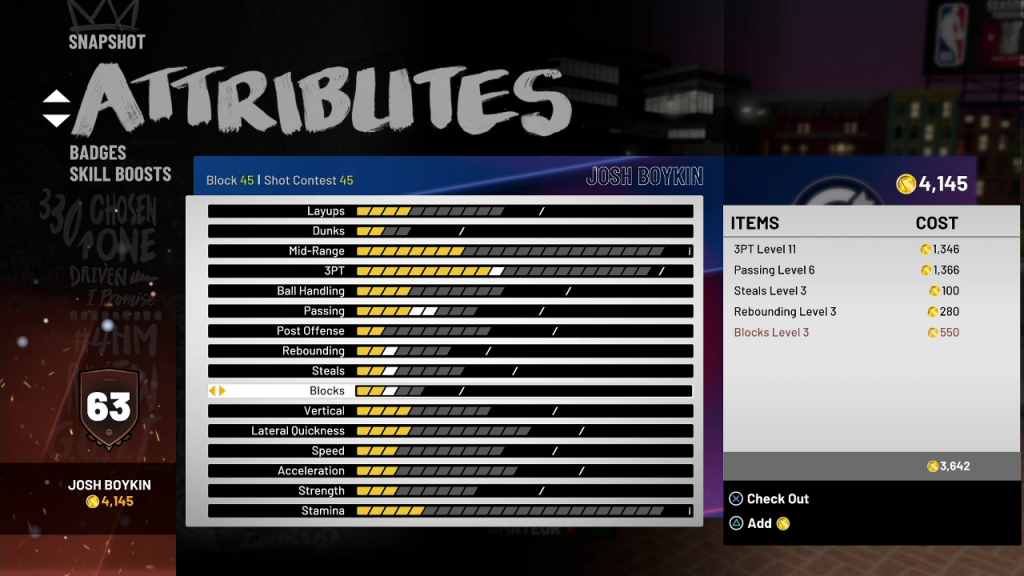 It’s not all smooth-sailing

This doesn’t mean NBA 2K19 doesn’t have room for improvement in its story mode though, even if I liked it. The game leans on some pretty heavy “flyover country” tropes, though I appreciated that they made the residents of Fort Wayne seem capable, intelligent, and driven. Also, cutscenes seem to just unexpectedly cut off instead of fading out, making scene transitions seem a bit jerky. And there’s a lot of thinly-veiled advertisement: there are Gatorade symbols all over the game, and the focus on the NBA G-League (which stands for Gatorade, BTW) seems to be attempting to raise awareness for the basketball minor league. (The product placement gets even stronger when you unlock the full MyCareer mode.)

Though I understand the game’s about the NBA, I would have loved to see more women represented in and around the league. Nikki, a sports journalist A.I. meets in Fort Wayne, is the only woman main character. She’s a strong character in her own right, and she has backstory, drives and goals aside from romance with A.I. Still, I’d have loved to see women more involved in the fabric of the story, or maybe just a women’s campaign as a whole. FIFA’s already broken some ground with “The Journey,” and maybe 2K could take a page from that. Integrating the WNBA into 2K would be a huge undertaking, but maybe it would also help broaden the game’s player base, as well as provide a chance to tell a completely different set of stories.

I also still have to call out the NBA 2K19’s heavy push towards Virtual Currency. Unlike many premium games which limit cash currency to cosmetic purchases, you can buy the game’s digital currency to instantly improve your player’s stats and performance. VC seems to show up at every turn once you enter the full MyCareer mode, and the ability to buy VC always feels like it’s only a button or two away. Though you can get bonus VC from doing special events and daily play, grinding currency can mean multiple hours of play a day. Considering how incapable I felt when I first created my character, I can imagine that folks who want to be competitive right away would certainly throw additional cash into the 2K coffers, which still feels somehow wrong to me when the game has a $60 cost to entry.

With all this, though, 2K19’s story mode did something I never expected: it made me want to play NBA 2K19. Now I’m also hungry for more sports stories from other games: chronicles of different sports, and career modes that tell women’s stories as well. Considering the disparity of pay and attention paid to women’s sports when compared to men’s, there could be a lot to learn from a well-researched and crafted story mode. Broader gender representation could also help diversify the NBA 2K League, an eSports league with a currently all-male draft class.

Considering the popularity of organizations like Overwatch League, it’s critical to have pathways to success in eSports for players of all backgrounds. After playing NBA 2K19’s story mode, I’m convinced the narratives that run alongside the games are a piece of the solution. Though sharp controls, robust features, and slick graphics were part of the hook, what tied me into the ecosystem was the story. Here’s to more NBA 2K, and here’s to more stories in sports.