Spider-Man has been a household name in comic book history for decades. He’s been spinning webs in the video game scene for more than 30 years as well. While the various attempts of capturing the essence of Spidey have been hit and miss over the years, veteran developer Insomniac Games jumped into the opportunity to develop the next game in the series. The result is not just the best Spider-Man game, but one of the finest titles of the year. This is Marvel’s Spider-Man. 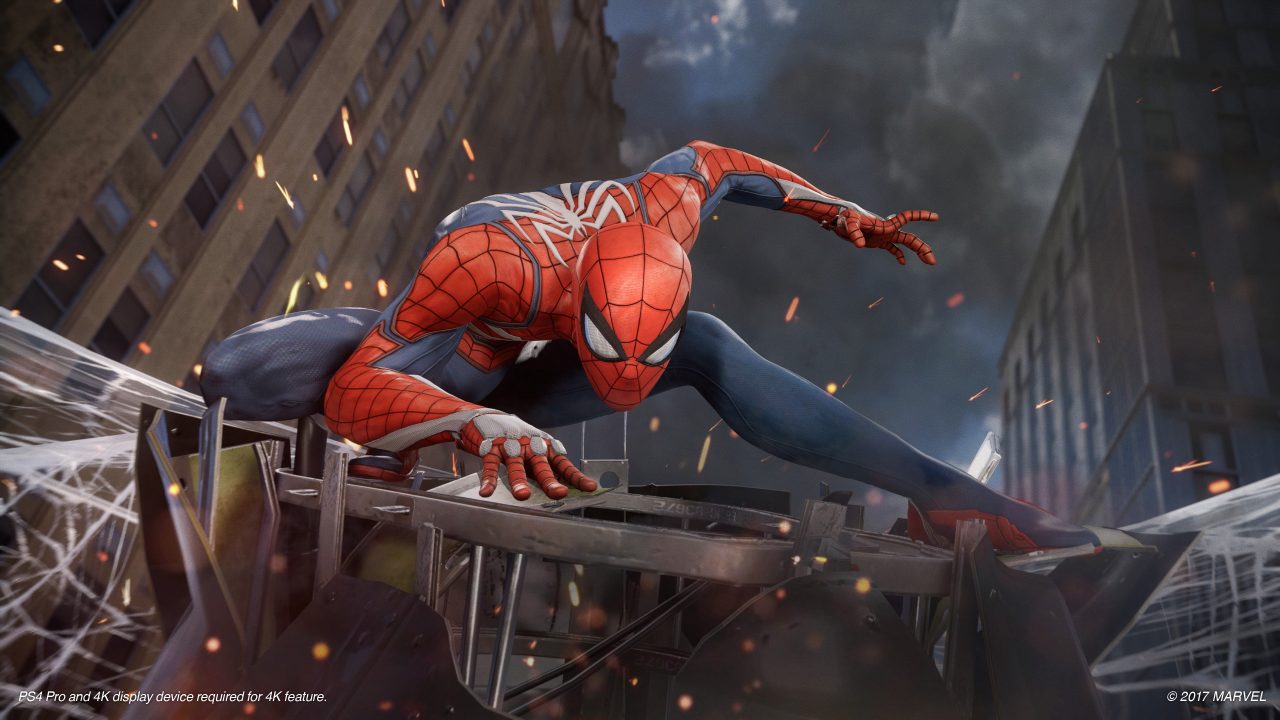 The game depicts a story separate from any Spider-Man continuity, telling its own adventure with a college-aged Peter Parker. Insomniac Games was given a lot of liberties to create a Spider-Man that stands alone from the movies and comics. The more experienced hero finally manages to put The Kingpin under lock and key. Despite the accomplishment, The Kingpin warns him that there is a far greater threat looming in the distance.

Taking those liberties, Insomniac made some nice changes here and there to tell something fresh yet familiar. Characters that might be dastardly foes in one medium might be depicted as kind and benevolent. The result is an expertly written and acted story, with Yuri Lowenthal in particular able to portray both the witty side of Spider-Man, but also the earnest and vulnerable Peter Parker. 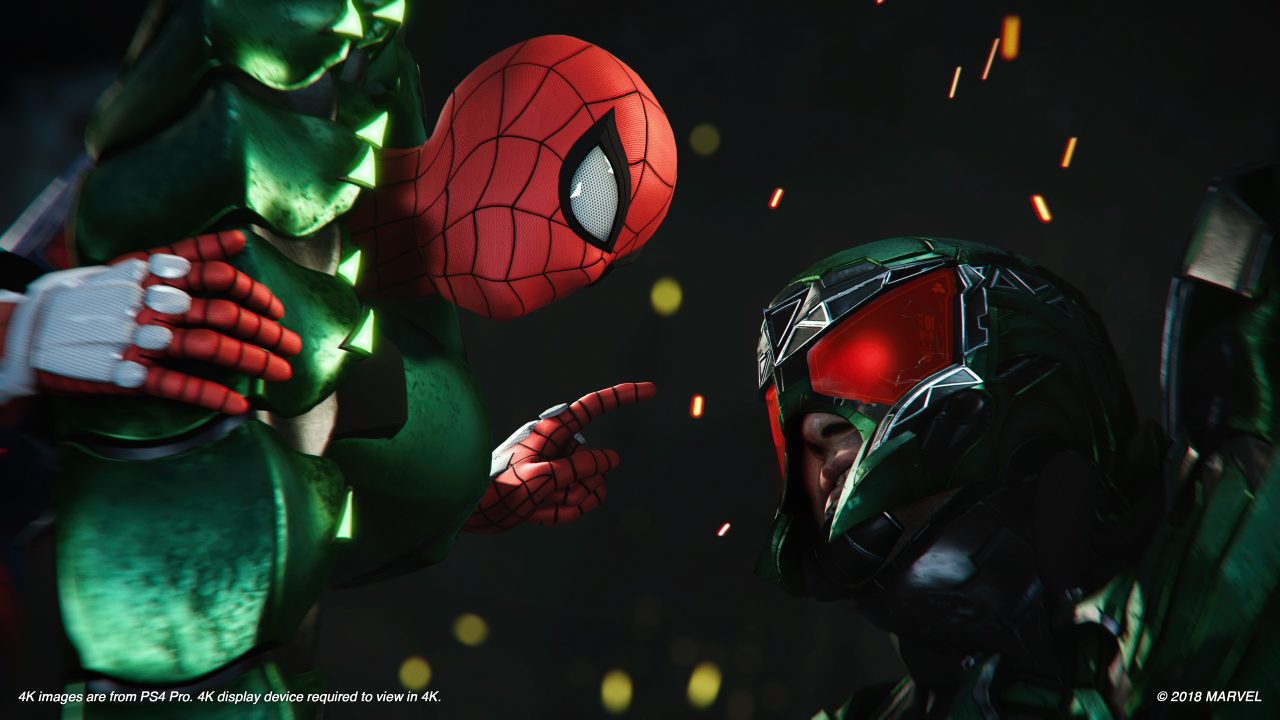 The game presents a huge map of Manhattan to fully explore, and its bustling from its seams with detail. Every building and stretch of pavement was painstakingly created to a tee. In fact there are moments when you can look inside some buildings as you crawl on them. The world Insomniac has crafted is teeming with so much life, that it’s hard going back to previous Spider-Man games. The game also features a pretty convincing daily cycle. It’s quite amazing swinging around New York whether it’s the bright daylight or the neon filled night sky. In addition, the facial animations, especially in the cutscenes, are spot on. Characters emote realistically, and even if that same amount of detail isn’t as consistent in the gameplay segments, it’s still commendable enough considering the grandeur of the game.

When it comes to mechanics in a Spider-Man game, the first thing that comes to mind is the swinging. Pioneered originally in Spider-Man 2 more than 14 years ago, Marvel’s Spider-Man managed to build upon that system. Spider-Man can swing on any surface within his range. He can also perform numerous maneuvers like sharp turning, zip-dashing and a new addition: wall running. Previous Spider-Man games had an issue with climbing up walls that required using the slow crawling of yore. Thankfully in this game Spider-Man can run on any surface in any direction. It’s easy to pull off and it feels amazing to perform various parkour moves. All the maneuvers string perfectly together so the flow never breaks, making traversal a joy instead of a chore. A fast travel option gets added later, but honestly bypassing it by swinging around stopping crime is still fun. 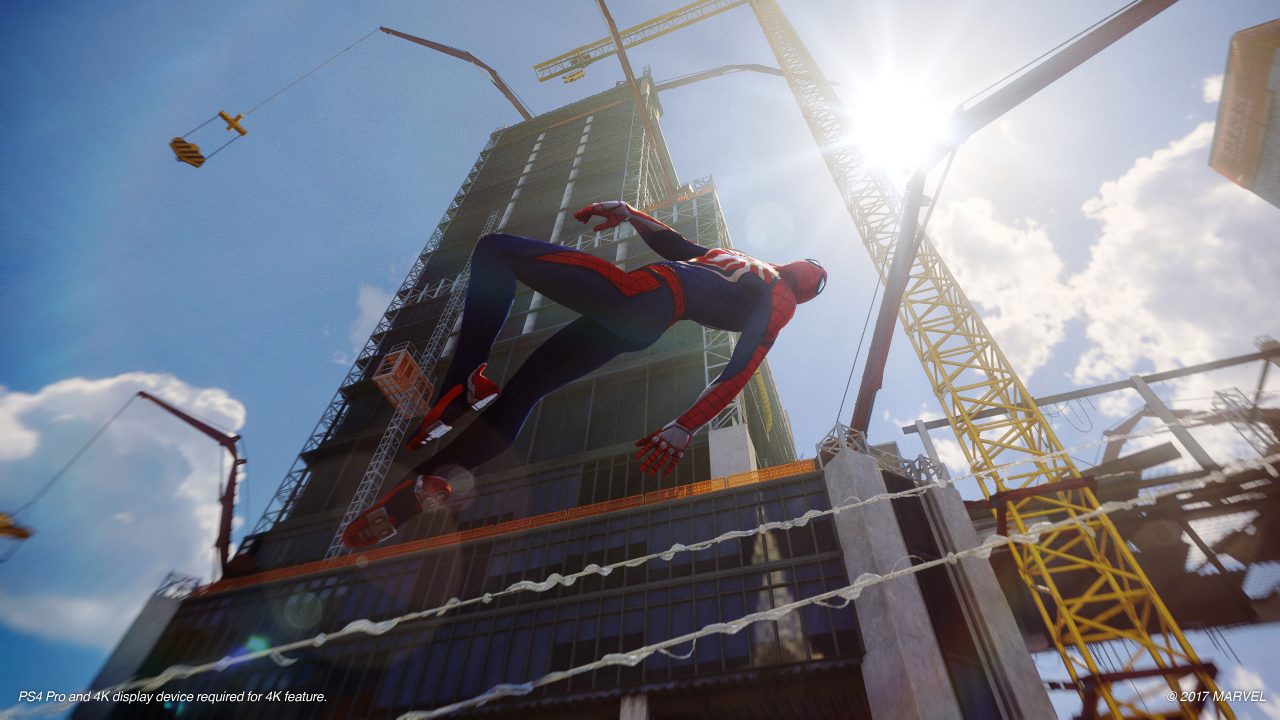 Combat is also extremely enjoyable. Spider-Man isn’t the most durable hero, so moving around nimbly while avoiding incoming enemy attacks is key. Using the Spidey-sense, flipping away from incoming punches or projectiles is easy, shifting from dodges to attacks seamlessly. While performing the traditional punch combos help, Spidey can also use his webs to tangle enemies or throw them away. Using the environment is also key, as there is a variety of items that you can hurl at your opposition. There’s also a variety of gadgets to use, some proving more useful than others. My main gripe is while the game allows quick toggle between them, it doesn’t work fluidly most of the time. The only way to switch gadgets is by opening the select wheel, which can break the pacing, especially in the middle of an action-packed fight.

Although direct confrontation is viable, some of the most satisfying moments of the game come from taking a stealth approach. Spidey can lurk above lampposts and capture enemies with a push of the button. Scanning the area can indicate if it’s safe or not to perform a stealth takedown on an enemy. Using gadgets or the environment can assist in breaking up groups of enemies as well, allowing you to dispatch them one by one. 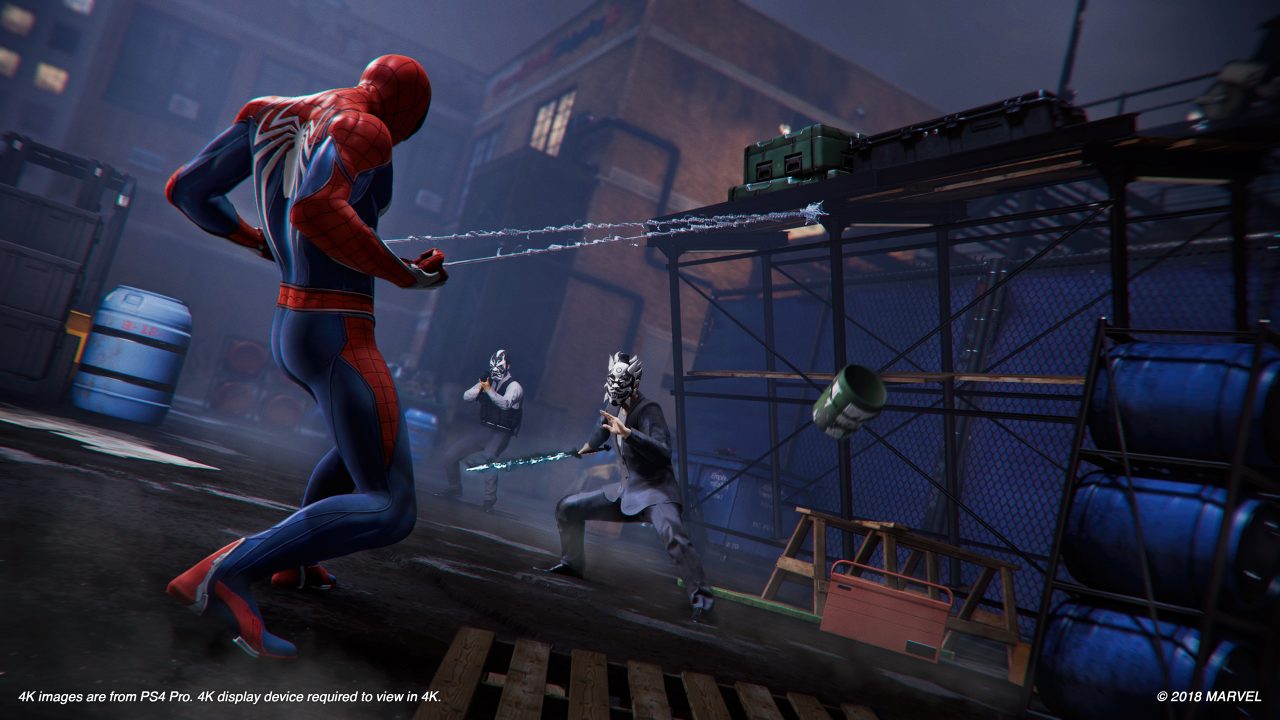 There are a lot of different objectives outside the main story. There are many random crime outbreaks that need to be taken care of as soon as they appear on the map, activating towers in order to view more objectives on the radar, finding hidden backpacks with neat Easter eggs, and much more. All of those tasks grant tokens that can be used to upgrade gadgets, abilities or purchase the many suits available. Since there are many incarnations of the webslinger, there is a good variety of suits that can be bought. Not only are they each visually different, but they also come with their own special attack. If you like a specific suit but not the attack that accompanies it, you can mix and match to your heart’s content.

To break up the action, Peter Parker sometimes steps out of his suit and helps out in the lab he works at. In the lab (as well as other story related events), there are science experiments to do in the form of puzzles. This involves either routing a circuit line on a grid or piecing together a chemical signature. They serve as nice brain teasers, but for those who really can’t deal with them, the mandatory ones can be skipped. What can’t be skipped, however, are the sections where you play as both Mary Jane and Miles Morales. Both characters lack the powers that Peter has, so they resort to sneaking around and avoiding enemy eye contact. Some of those fair better than others, but even those moments have some highlights, especially with Mary Jane. 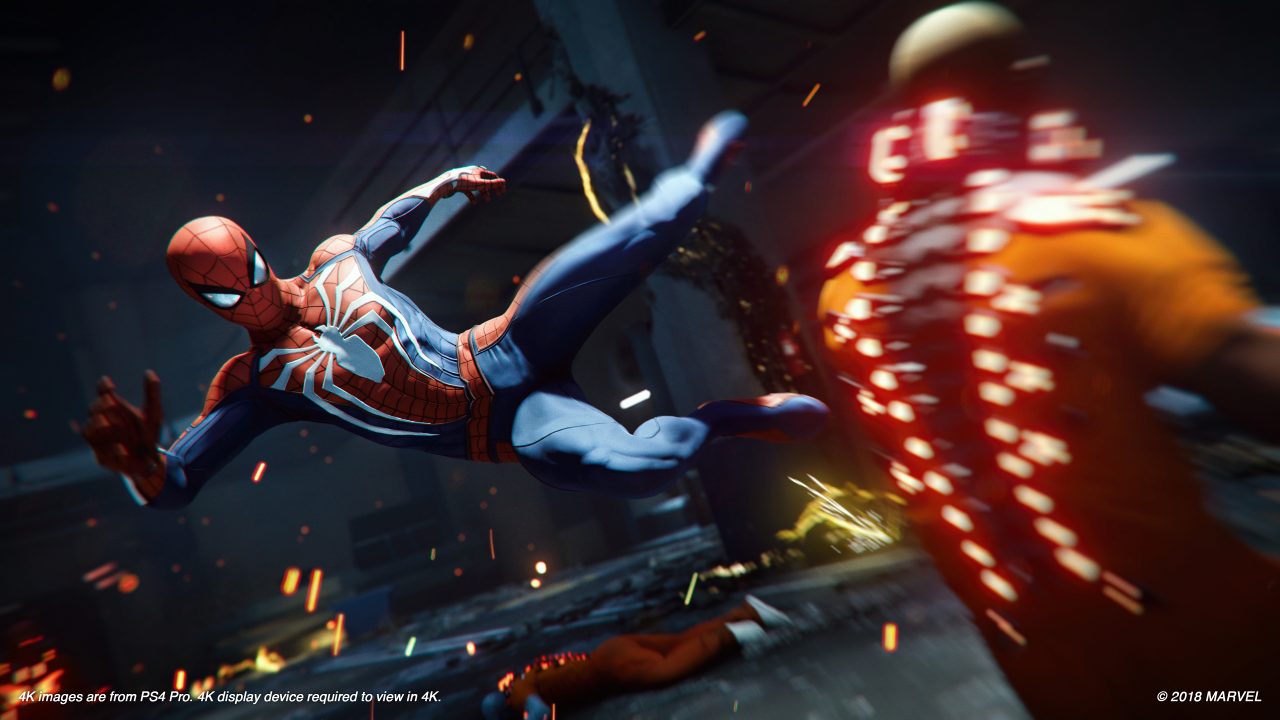 While the game is packed to the brim with content, some of the crime missions can get rather repetitive. Sure, some of them have variations like riding on a car or rescuing civilians, but due to the sheer number of them they become more a chore towards the endgame. Other than those tiny little nitpicks, Insomniac Games hit it out of the park. By taking cues from many Spider-Man games in the past, as well as learning from their last open world game Sunset Overdrive, Marvel’s Spider-Man far exceeds expectations. It’s the new benchmark of not just superhero games, but open world games in general. It captures the essence of our friendly neighborhood Spider-Man so perfectly that you can’t help getting trapped by its addicting web.