The Life is Strange series has recently kicked into high gear with a couple releases in the past year. With Before the Storm releasing last year and The Awesome Adventures of Captain Spirit three months ago, it’s crazy to think we’re already on another game. Dontnod Entertainment has released the first episode of Life is Strange 2, titled “Roads”, and already, it’s off to a great start. Since this is a narrative based game, there may be minor spoilers, but we’ll try to keep them light. 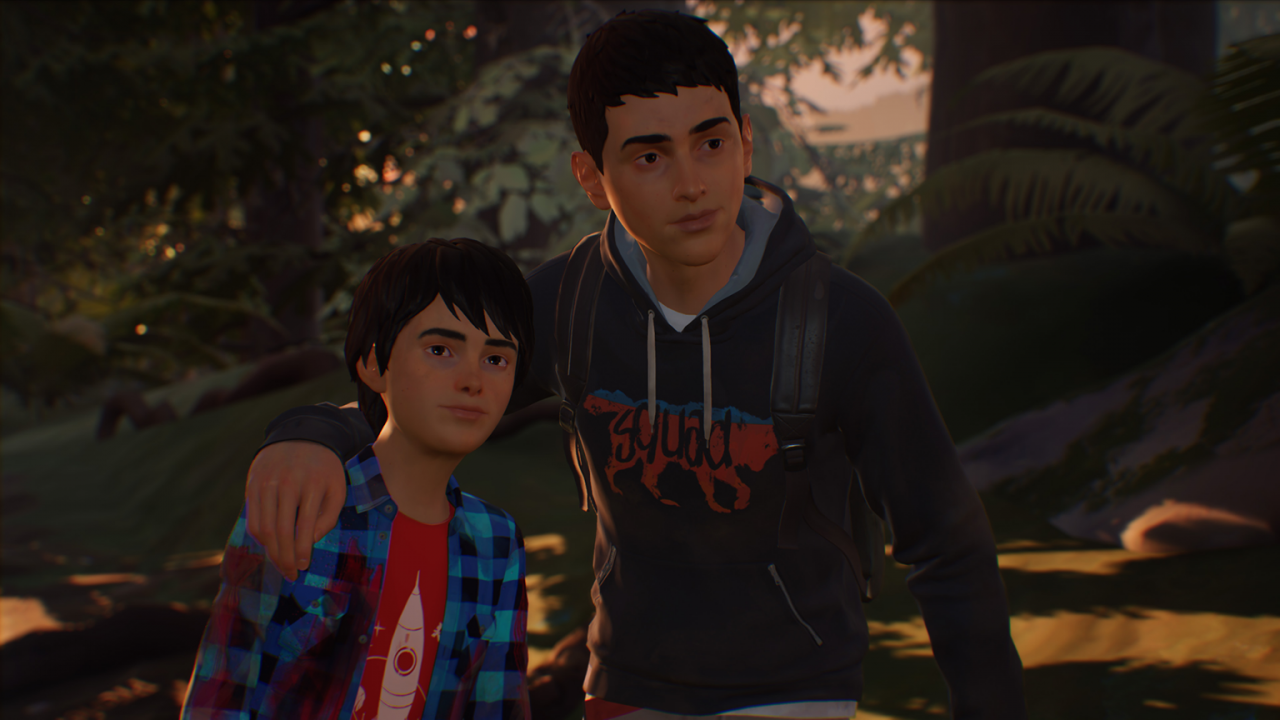 While a sequel to the original Life is Strange, it isn’t a direct continuation from Max’s story. Instead, Life is Strange 2 stars two brothers, Sean and Daniel Diaz, as they make an emotional journey together. Due to a tragic event that places them at the scene of a crime, they become fugitives on the run. It’s also at this moment that Daniel awakens a special power for the first time. Despite Daniel being the one with the special power, the player takes control of Sean, the older brother in this scenario.

From the start, players will see that Sean is a fairly typical high school boy. He goes to parties that involve alcohol and drugs, he’s on the track team, he struggles with talking to girls, etc. As a Mexican teenager living in Seattle, he also experiences prejudice and racism. This is one of the underlying themes throughout the game, as Life is Strange has always tackled hot topics. Despite taking on some serious subjects, the game also takes time to reference pop culture like Minecraft, The Last of Us, Top Chef and more. It strikes a realistic balance and that makes the Life is Strange series very special in this medium. 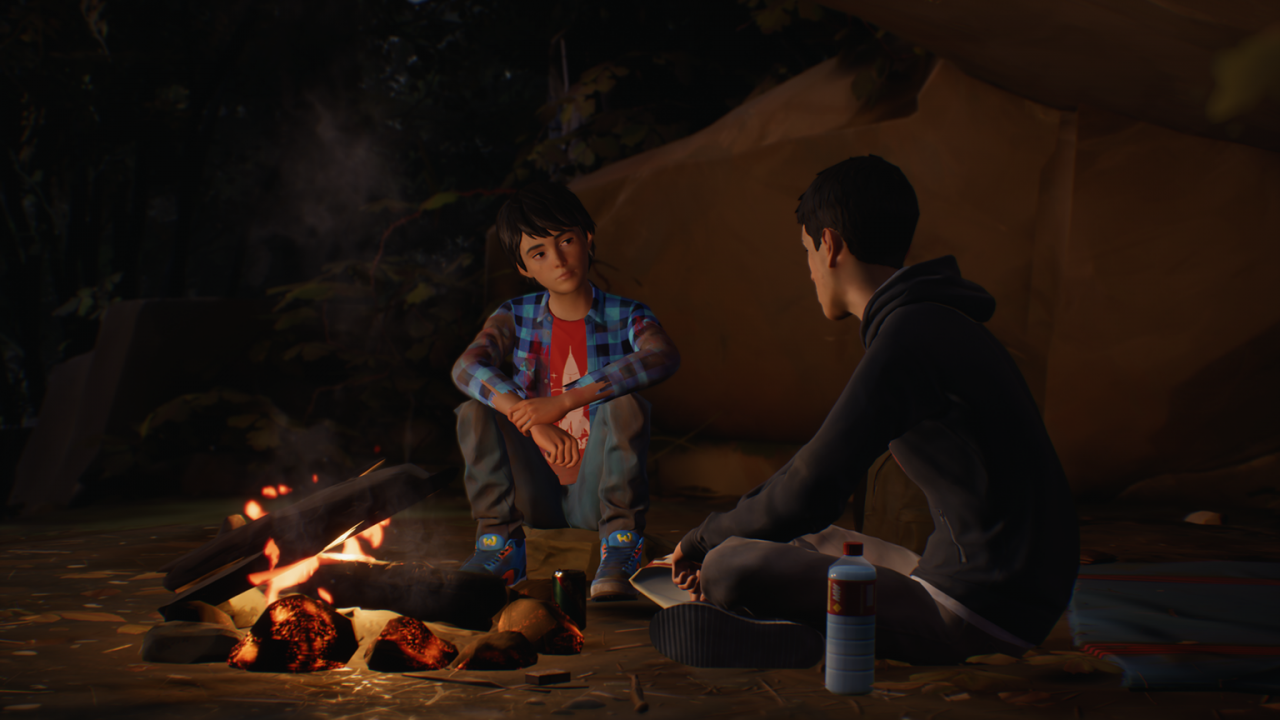 Daniel, with some memory loss after the traumatic event, now follows his older brother, learning life lessons along the way. Part of the gameplay of Life is Strange 2 is to make choices that effect that outcome of future events. This is now explored a bit further by having the very impressionable Daniel along to watch your actions. If he sees his older brother do something, even if it’s wrong, he’ll think it’s okay to do as well. That isn’t to say that there will always be a right answer, as every choice will have consequences. While many choices will have a similar outcome, it’s the way Daniel develops that makes all the difference here.

The relationship between Sean and Daniel is shown to be rather relatable for anyone that has siblings. Voice actors Gonzalo Martin (Sean) and Roman Dean George (Daniel) do incredibly well with their performances. They each exemplify a phenomenal range of emotion and both seem perfectly fitted for their roles. While it’s only the first episode, these characters are strong enough to carry the story, especially based on the player’s choices. A special shoutout to the writers as well for making believable dialogue for the various interactions. 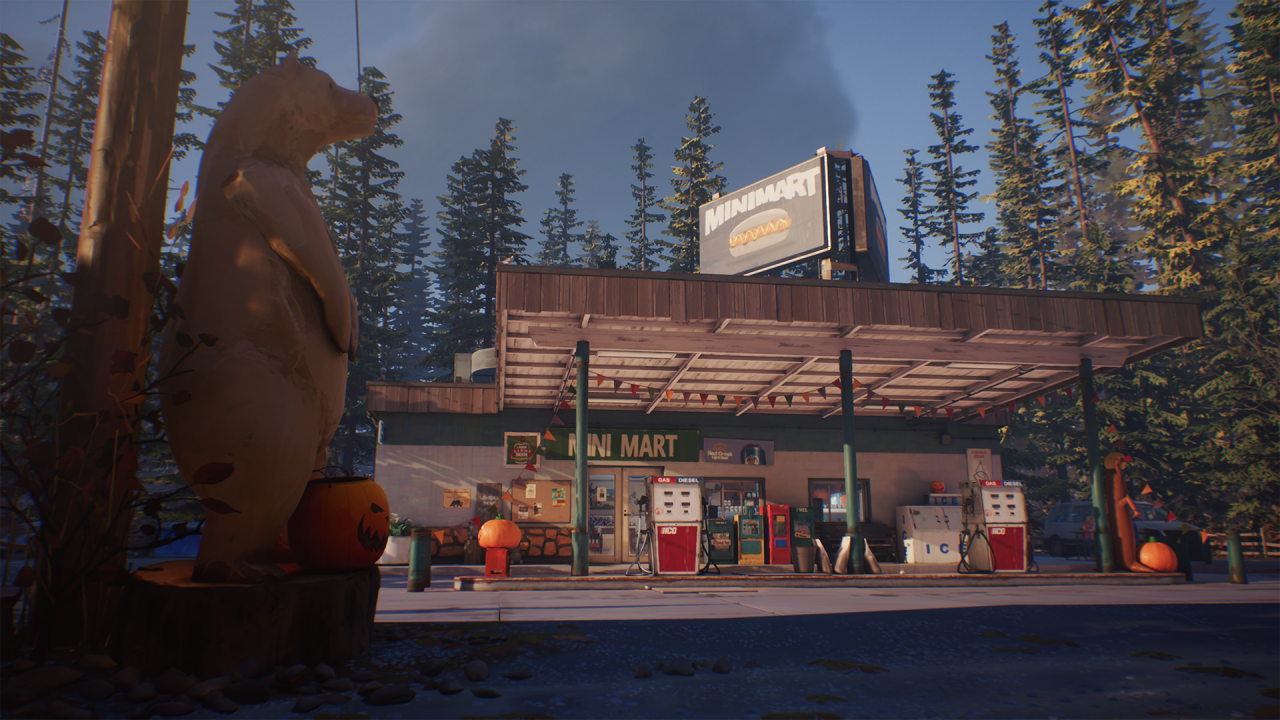 The gameplay will be fairly familiar to fans of the previous games, but there are exceptions. No more time travel and no backtalk mechanics make this game feel a little more easy-going. Timed responses will still pop up and there are special brother interactions to keep an eye out for, but other than that, the gameplay is pretty standard. Given the development of Daniel’s abilities, this may change throughout the story, but only time will tell. Either way, Daniel watching your every move makes for a new mechanic that just feels right for this series.

One of the other strong points of the Life is Strange series is the use of indie music. This carries over well to Life is Strange 2, including some great songs that match the tone of the story. The special “sit down” moments are still nice to take in, especially when Daniel joins in for some brotherly bonding. One thing that is new to this particular game is the ability to draw. Sean is a bit of an artist, and he’s pretty good too. While it’s a cool trait, the gameplay used for drawing feels a little dragged out. Players will move the analog stick in various directions as Sean slowly sketches more. It’s cool to see the detail fill in, but it does take a while to finish. Luckily it’s optional, but for those that want all the achievements, they’ll have to do a drawing per episode. 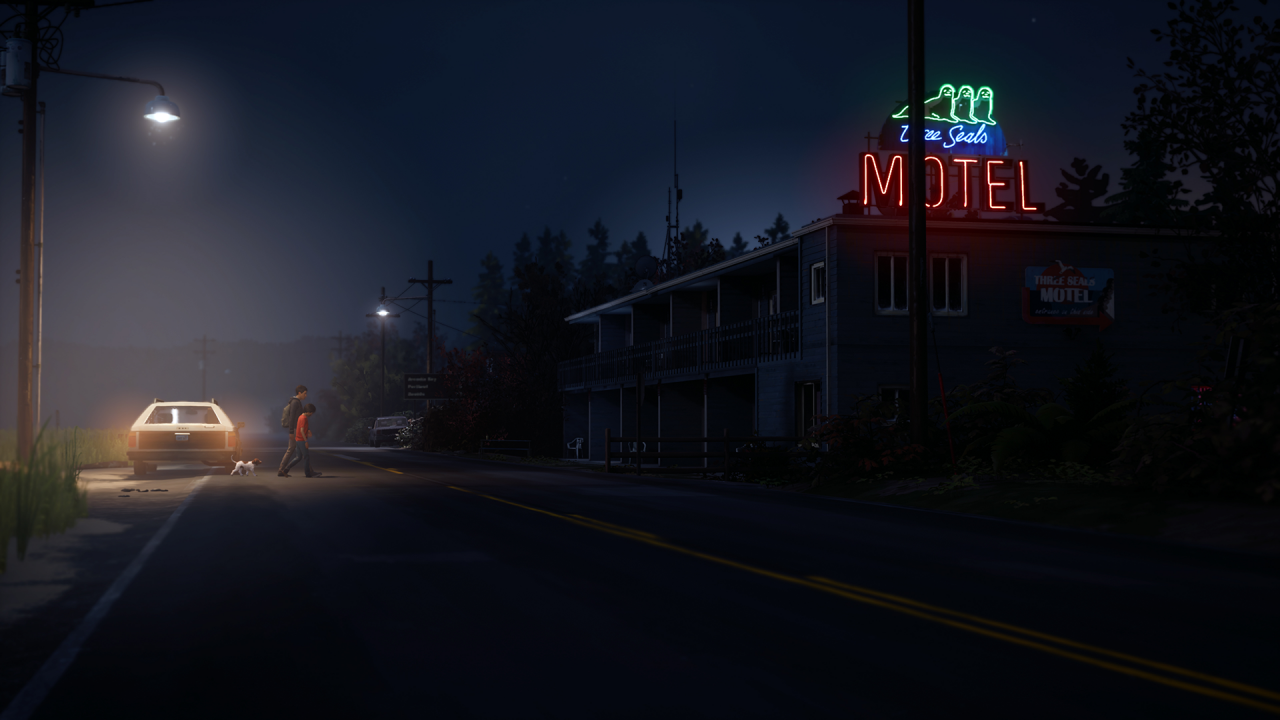 There are also optional collectibles, similar to the photographs or graffiti from the previous games. Sean can collect various souvenirs that he can attach to his backpack throughout the game. While they have little story relevance, it adds a little extra exploration for players to do. It’s also worth taking the time to fully explore larger areas, as special dialogue options will appear. Sometimes this can even trigger an event, like playing a game of hide and seek with Daniel. It’s fun moments like this that really showcase the strong points of this series.

Visually, Life is Strange 2 continues the stylistic approach, with minimalist details while maintaining good camera composition. Photos always use a hand-drawn look despite the majority of the game being 3D. It definitely runs well on the Unreal engine, with minor issues, and it improves on the visuals of the first game easily. Speaking of the first game, Life is Strange 2 gives some interesting nods to fans of the original. Fans that want even more details can dig around in Sean’s backpack and even read some of the text conversations he has with his friends. There really is a lot of detail and character in just one episode. 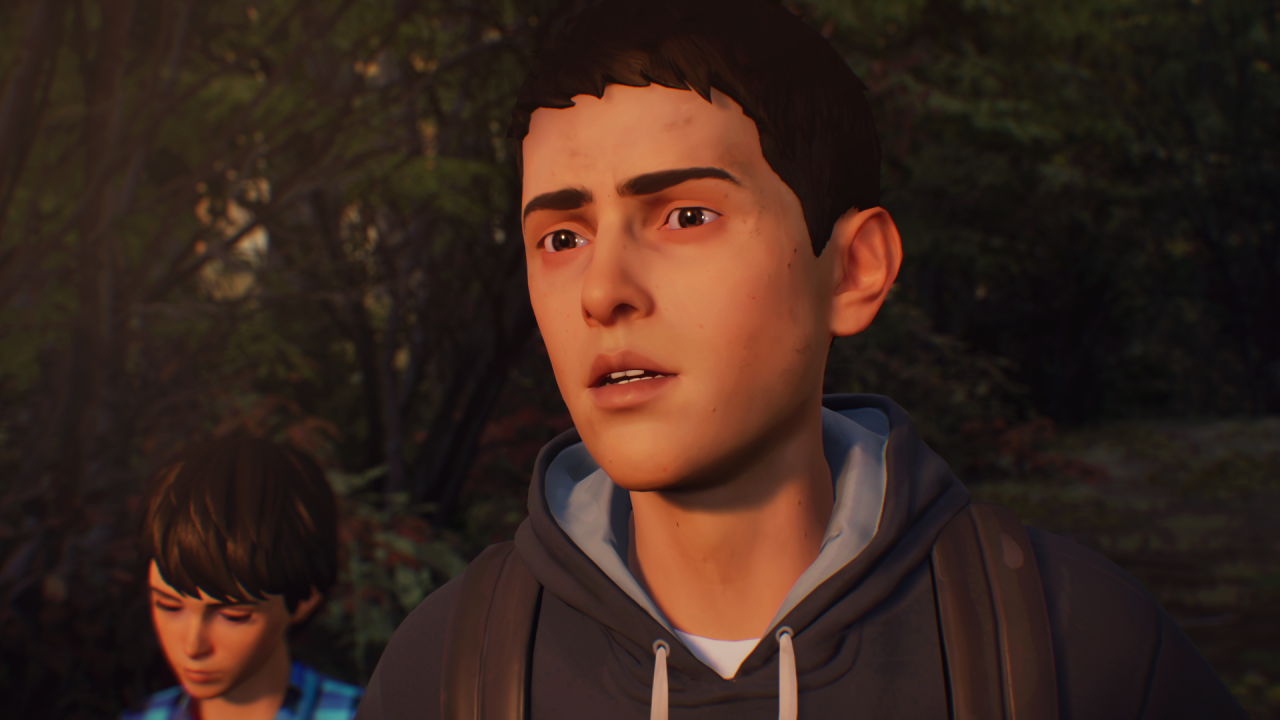 Overall, Life is Strange 2 — Episode One: Roads does well to open up a brand new story. Where it’s going, it’s hard to say at this point, but the characters are strong and the options bountiful. With the unfortunate closure of Telltale Games, the Life is Strange series is readily filling their shoes with a great narrative title. It may not be everyone’s cup of tea, but for those that want emotional storytelling and captivating characters, Life is Strange 2 has it in spades. I can’t wait to see the next chapter in Sean and Daniel’s journey, and I look forward to building their story.