Ah, Kamurocho. It feels like it hasn’t been more than a few months since we were last here. Wait, that’s because it was only about four months ago that Yakuza 6: The Song of Life was released. No matter, as Kiryu Kazuma’s dusted off his trusty grey suit and red button up shirt to head back into the fray once more in an attempt to once again save his beloved Tojo Clan from utter destruction.

Yakuza Kiwami 2 is a remake of Yakuza 2, that game originally releasing in 2006. While not exactly the favorite pick of most Yakuza fans, Kiwami 2 sets out to give people a reminder. While Yakuza 2 is bogged down with an extremely bloated main story full of connections, twists, turns, betrayals, heartache, and ultimately triumph, it definitely does everything it can do to make people remember more than “oh yeah, this is the one where he fights tigers”. 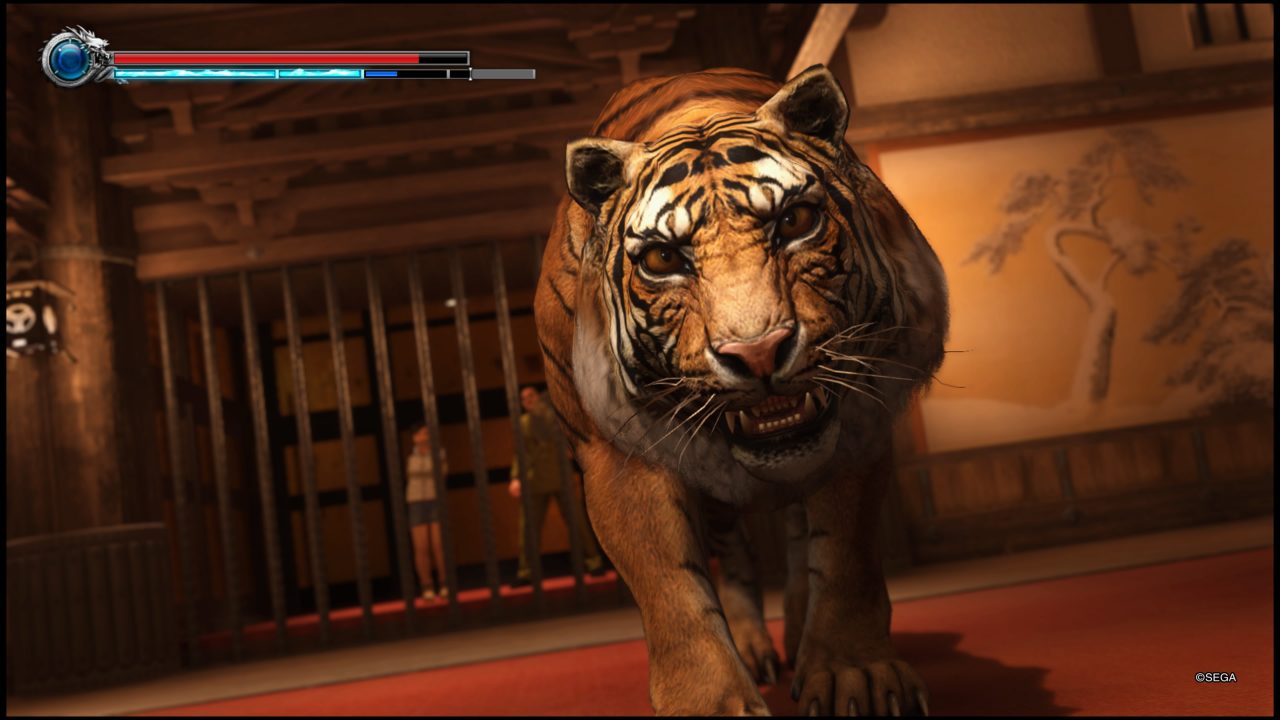 I can’t say I’d recommend Kiwami 2 as a good starting point for newcomers to the franchise. You’d be better off starting with Yakuza 6 so you can get the gist of what happens between Yakuza and Yakuza 5. Despite this, I’d highly recommend starting with Yakuza 0. It gives the backstory leading into the connections between Kiryu Kazuma and Goro Majima. With Yakuza Kiwami 2 comes a very generous recap that just about shows you every cutscene from the original Yakuza. Because of this, it almost negates the need to even play the first Yakuza Kiwami entirely. It also contains a side campaign called “The Majima Saga”, which chronicles Majima’s journey from his extreme transformation in Yakuza 0, to how he wound up leading a construction company in Yakuza Kiwami 2.

Yakuza Kiwami 2’s story starts off with Kiryu once again being called in because someone’s f****** up at the Tojo Clan. He has to find a way to make an alliance with the Omi Alliance so that they don’t wiped off the face of the planet. Trying to make contact, the current 5th chairman and Kiryu’s successor, Yukio Terada, is assassinated, which leads Kiryu to head to Sotenbori. During his travels, he’s arrested and pursued by a police woman named Kaoru Sayama. Kiryu will also have to face off with the Omi leader’s son, Ryuji Goda. This tale is fairly predictable, but it’s an enjoyable ride if you haven’t played the Yakuza games before (or if you didn’t remember the ending from Yakuza 6’s recap memories.) 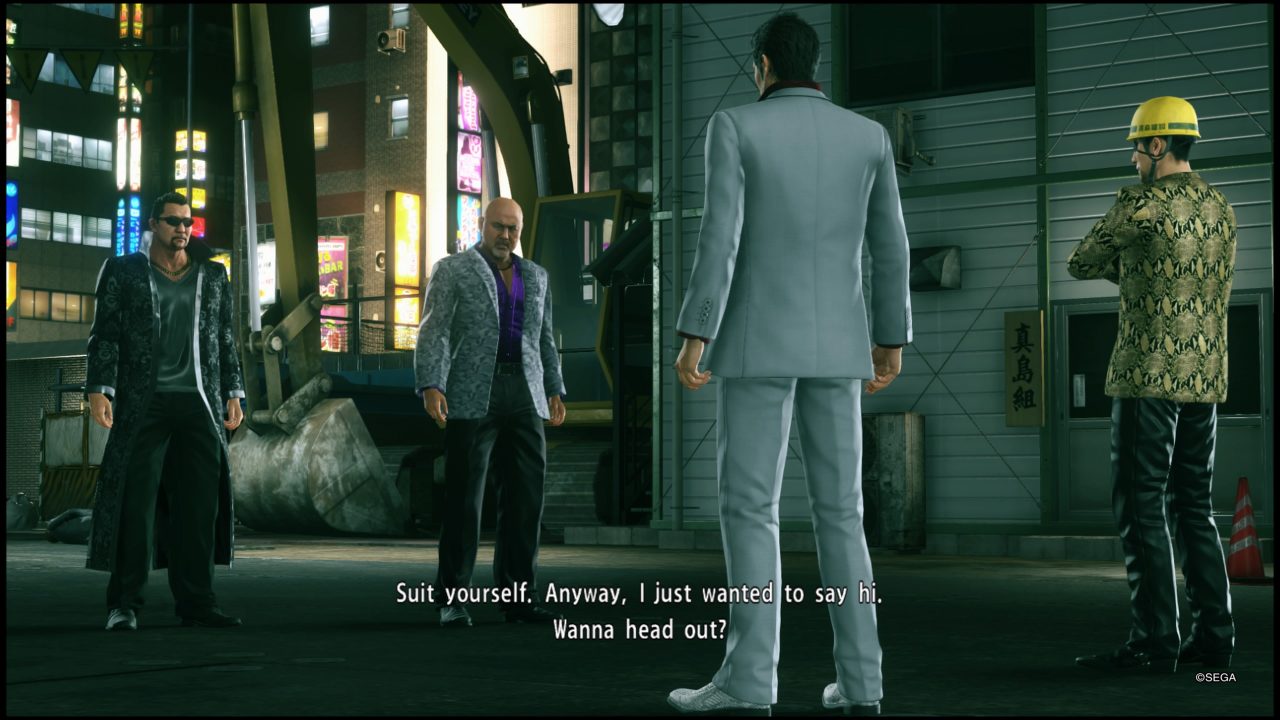 Returning in Kiwami 2 is the Clan Creator mode from Yakuza 6, and somehow they’ve completely messed it up. In Yakuza 6, you armed yourself with your best fighters along with some of New Japan Pro Wrestling’s most popular wrestlers. Wrestlers like Kazuchika Okada, Hiroshi Tanahashi, Tetsuya Naito, Toru Yano, and the tag team of Hiroyoshi Tenzan and Satoshi Kojima. These wrestlers have returned in Kiwami 2’s Clan Creator, only now the enemy bosses are NJPW legends. Keiji Mutoh (The Great Muta), Masahiro Chono, Tatsumi Fujinami, Riki Choshu, and Genichiro Tenryu join the cast.

These bosses are part of competing rival real estate companies that are looking to steal the Kamurocho Hills project from Majima Construction, but you can’t let ’em. Majima would murder you in a hilarious fashion if you did, so you better learn how to play tower defense. While I loved the Clan Creator in Yakuza 6, allowing you to run the gauntlet and keep your enemies alive while only having to focus on moving a few units, the tower defense style in Kiwami 2 makes things more convoluted and it’s an extremely less fun version. I’d be 100% okay with the Clan Creator only using the Yakuza 6 version in every Kiwami going forward. 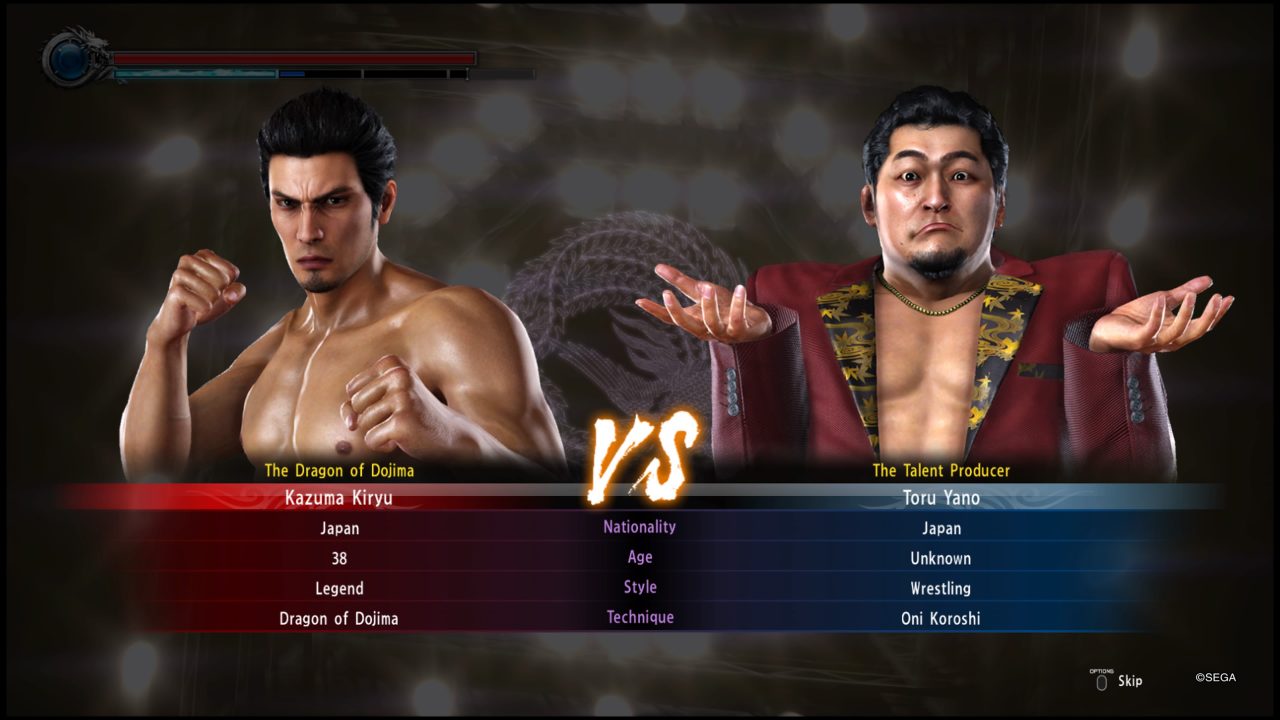 Also returning is the Cabaret Club feature, as you run a small troubled club owned by Yuki from Yakuza 0. I wish they’d used the fever time theme from Yakuza 0, but that’s a small gripe. Just like Yakuza 0, you’ll partner with businesses in the area and work your way up through the ranks to be the best manager in Kamurocho. Progress enough and eventually you can become head of Club Sunshine, the top club in town. It’s still a lot of fun and it’s a great way to make money to afford some costly side quests. Plus, I mean, Kiryu’s gotta eat, and he has no problem racking up obscene food bills, so this is a good way to feed (see what I did there) your experience meter by keeping your wallet stocked up.

Yakuza Kiwami 2 also has several reasons to play the mini-games. This includes learning techniques from side quests and unlocking heat interactions with weapons like the golf club or the baseball bat, advancing those storylines. Ultimate Heat Mode gives you some new interactions, but still feels ultimately worthless as you’re likely to blow through it burning counters or other heat moves that require smashing a button rapidly and still losing an equal amount of heat to do the same amount of damage as just pressing triangle as a counter attack. Speaking of counters, I’m a huge fan of the tag team and multi-enemy counter moves as well. Flipping someone over and then grabbing their buddy and landing an Ushigoroshi on top of them is super satisfying. Not to mention that Kiryu also hits a V-Trigger knee so deep that even Kenny Omega would have to admire it. 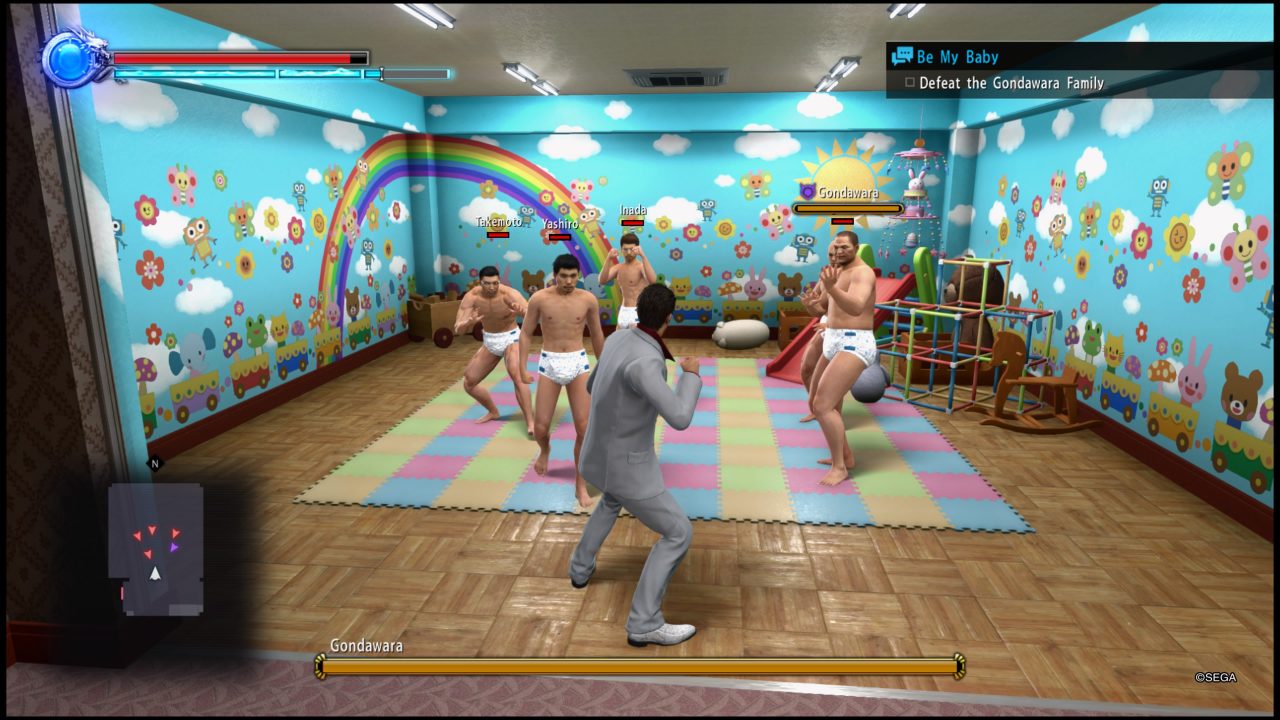 Overall, Kiwami 2 is yet another stellar Yakuza re-release. This time it runs in Yakuza 6’s dragon engine and it’s absolutely gorgeous to look at. The problem is, Yakuza 6 came out in April. This is just another Yakuza sucking away another 80 hours of your life if you’re going for 100%. It starts to feel a bit too familiar with such a short amount of time since the last game. While I’m all for Yakuza, and I’m anxiously anticipating Kiwami releases of three, four, and five, I hope we don’t see Kiwami 3 until this time next year at the earliest just to give poor Kiryu a bit of a break.

Yakuza Kiwami 2 was played on the PS4 Pro, and was provided for review by Sega.