Although the 3DS has become irrelevant in the last couple of years, Nintendo keeps supporting the handheld with a few little surprises. Enter WarioWare Gold, a sequel\compilation of some of the best Micro Games in the series history. This isn’t the first time Nintendo tried to release a minigame compilation on the 3DS, as they tried last year with Mario Party: The Top 100. The only difference here? WarioWare is actually good!

Right off the bat Nintendo goes above and beyond with the game’s story. Wario is once again trying to dupe his friends into making games for him so he can get rich. This might be another cliché premise, but the stories around it are hilarious, thanks to great visual humor, punchy writing and stellar vocal performances. In fact, even with a phenomenal cast, the real scene stealer is Wario himself. For once our pudgy anti-hero gets to speak instead of making random grunts. Charles Martinet has a field day with Wario and every line he delivers is pure gold. 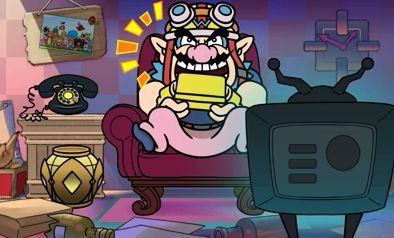 The story is divided to the 3 styles of play: Mash, Twist and Touch. The Mash league refers to using only the directional pad or the A button to perform commands, the Twist league requires using the 3DS’ gyroscope to move your system left and right, and finally the Touch league as the name implies refers to using the touch screen. Some of the games are obviously recycled from previous WarioWare titles, but some of the more obscure ones come from games like WarioWare DIY.

All the microgames hold up incredibly well. Not only do they behave as responsively as they originally did, but the graphical update gives them a nice coat of paint. There is this sense of rush and fulfillment that even after getting a short instruction and a miniscule time limit, it’s possible to nail a game perfectly. The highlight of the series for many are the Nintendo theme microgames, and the new ones in Gold are terrific. 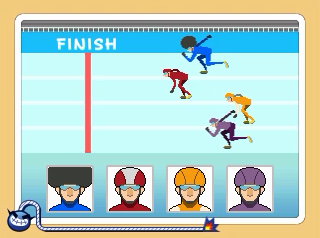 That being said, there are a few duds in the roster. Some games have vague instructions that don’t give the player a proper visual reference, leading to trial and error. In addition, the later levels of the game mixes all the types together. This makes going from clicking to using the touch screen in a moment’s time a little jarring. Using a finger to perform actions can never be as accurate as a stylus.

Once the story mode is complete, there are plenty of extra challenges to partake in. Some involve playing with only one life, or on very hard mode. The craziest one is Wario Interferes, where Wario places an obstruction on the screen to prevent you from performing well. It makes the moment between games a brief time that you can rub the paint or goop away. This adds an extra layer of challenge to the special mode. 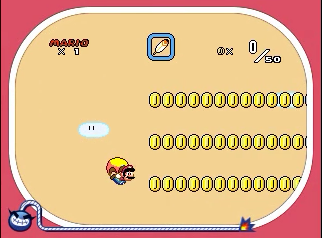 Doing all those different modes grant coins, and they can be used on toy capsules. Each capsule will unlock a collectable. From traditional prizes like character cards, to some of the zaniest yet coolest rewards in recent memory. For example, in amiibo mode Wario will draw a crude picture of whatever amiibo you place. The funniest of them all are the studio sessions, giving players the option to redub the entire game’s dialogue. Even with less than stellar microphone quality on the 3DS, it still manages to become a funny yet effective distraction.

WarioWare Gold is simple unadulterated fun which is perfect for those “pick up and play” sessions. Even if the game modes tend to be repetitive in the long run and more multiplayer modes would’ve been appreciated, it is perhaps the best game in the series since the original release 15 years ago. It is the most laugh out loud gaming experience I had in recent memory, and I implore those who haven’t yet eulogized the 3DS to give it a go.