Ask a lot of gamers out there about Nintendo, and odds are the conversation will eventually mention Super Smash Bros. Lauded as one of gaming’s biggest crossovers, it’s easily one of Nintendo’s most popular games. Super Smash Bros. Ultimate, the newest entry, takes things one step further by including every character in the series to date. Releasing later this year for the Nintendo Switch, it’ll likely be a huge holiday hit. Having the chance to play it at E3 2018 and again at San Diego Comic-Con, we have some impressions from the demo.

Super Smash Bros. Ultimate is a large game. After yesterday’s Nintendo direct, we’ve learned that it will boast over 70 characters, 103 stages, 900 songs, and more. Even the demo had 30 characters to select from as well as 23 stages. With that said, a preview based on a few sessions could never say enough, but let me just say Ultimate lives up to its name. 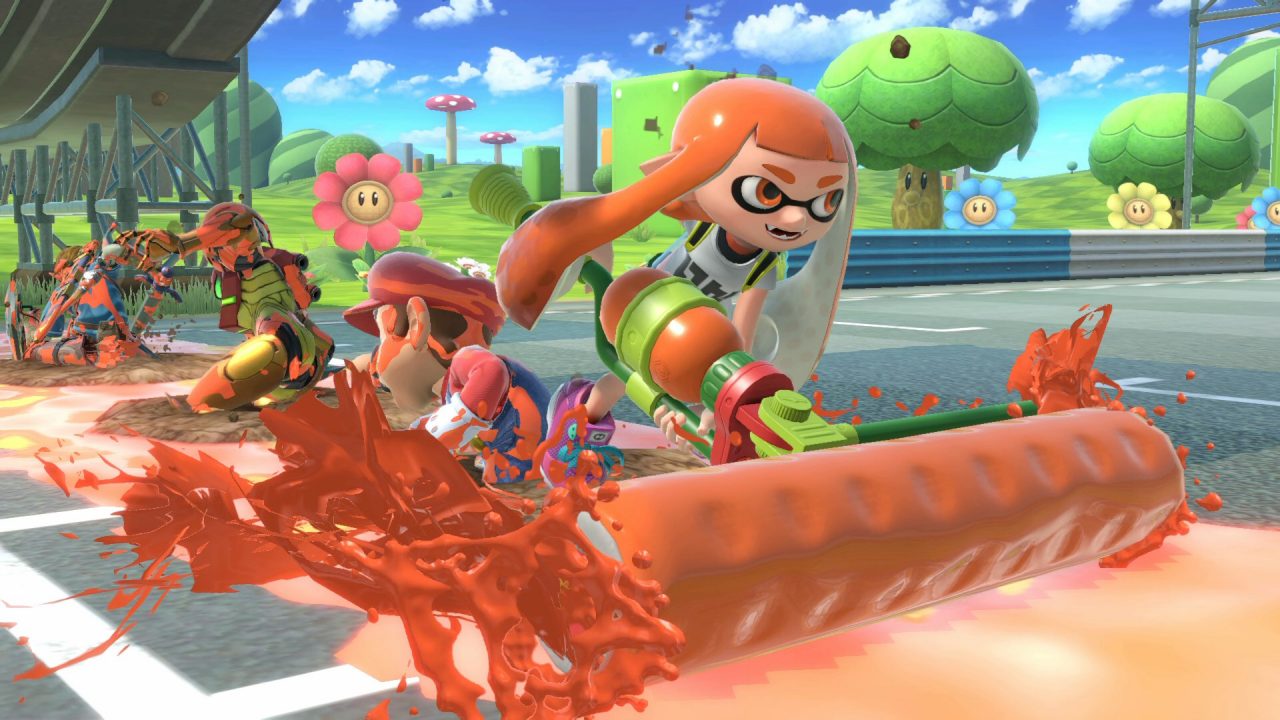 One of the newest changes to Super Smash Bros. Ultimate is the order of selection. Stages are now selected first before selecting the characters. In the demo, only two stages were new, those being Moray Towers from Splatoon and the Great Plateau Tower from The Legend of Zelda: Breath of the Wild. Naturally, we wanted to experience those stages, so we started a match on the Moray Towers.

The demo’s selection of characters may have been less than half of the cast, but it was still quite a variety. All the third party characters (before Simon and Richter were announced) were available, from Sonic to Ryu. Most of the original cast members were also available to select from as well, minus Yoshi, Jigglypuff, Captain Falcon and Luigi. Newcomers Ridley and Inkling were also available to select from to give fans a shot at playing as them. 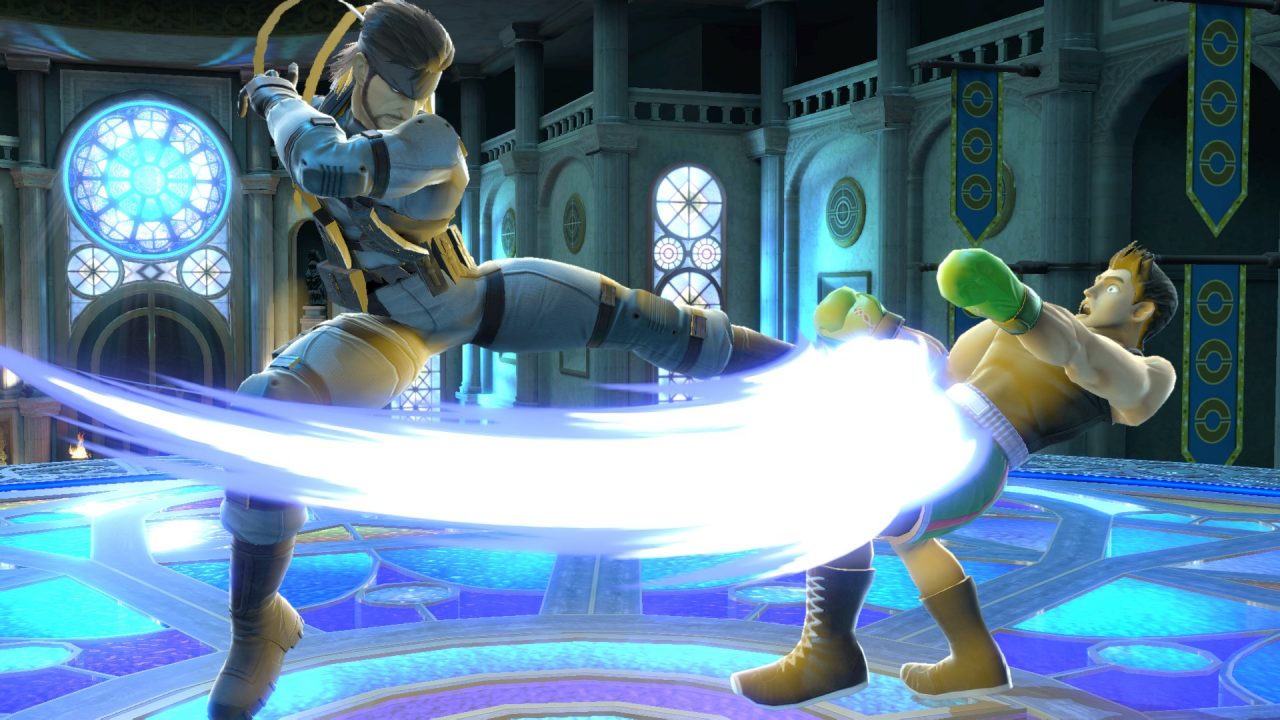 For my first match, I selected Solid Snake, wanting to see how he played after being absent in the last entry. Immediately, it becomes apparent why selecting the stage first may determine the character you wish to play. Moray Towers has a lot of verticality to it and can make some of Snakes attacks harder to land. Ramps to move down to lower levels automatically take you on their path, which takes a little getting used to. Despite this, Snake’s recovery on this stage is very excellent, as it has quite a bit height to it.

Snake still hits hard and can deliver some devastating smash attacks, especially with his mortar up smash. This could make it easy to catch unsuspecting opponents off guard by launching mortars at them from below. Super Smash Bros. Ultimate does add quite a few quality of life upgrades to the game. When a character is knocked off the screen, a small yet out of the way box appears to show where the character is in relation to the blast line (the line where a fighter gets KO’d). It’s unknown if this can be turned off or if it will even remain in the final game, but it’s a nice touch. 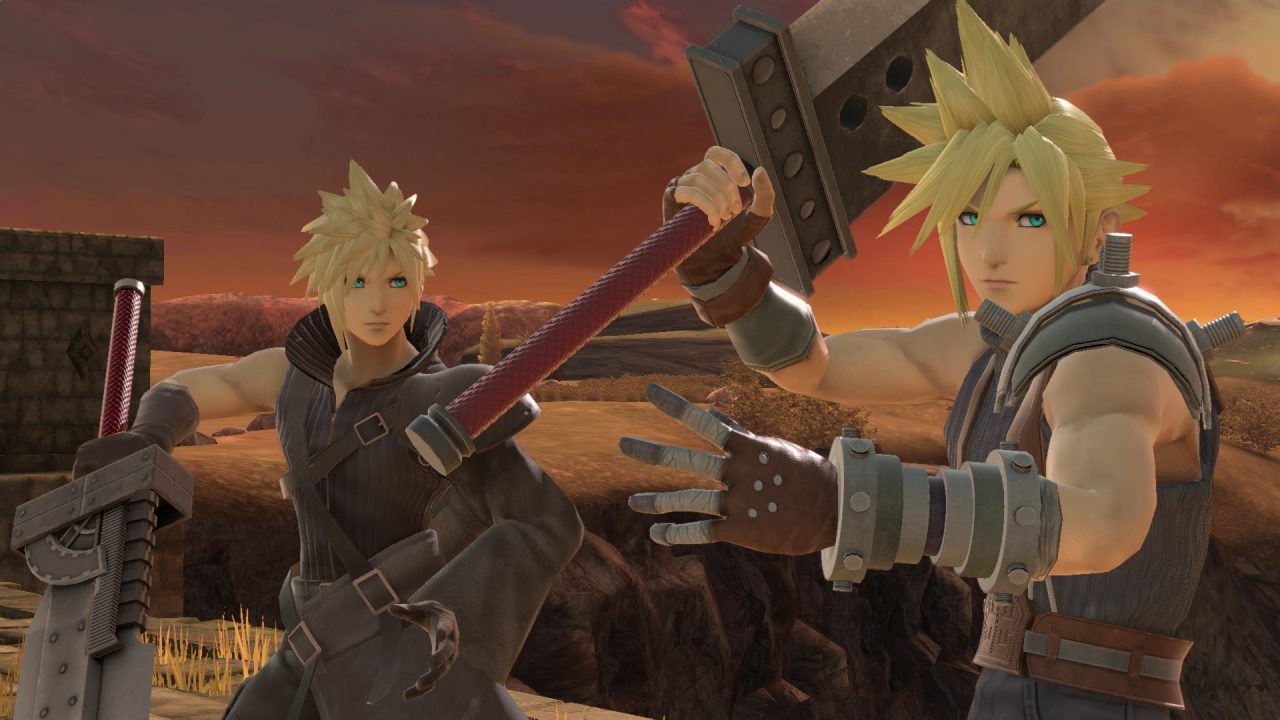 These demos used time for the rules, so unfortunately, I lost due to not getting enough KO’s. Moving on to the Great Plateau Tower, I chose Cloud this time. Remembering how strong Cloud was in Super Smash Bros. for Wii U and 3DS, I figured I would try my chances. Unfortunately, one of my opponents chose Ridley. While Cloud still has some strong moves, it seems like he may have been nerfed a bit in this entry. His cross-slash attack seems to have less impact and he seems to be more open to attacks now. On top of that, playing against a new opponent with Ridley made it difficult to know what to expect. Ridley actually seemed to have a lot of advantages on this stage, as there was little room to escape his side special attack.

I lost this round too, but not without wanting to take Ridley for a spin. Ridley definitely emphasizes a lot of power, having devastating attacks and a huge presence on the field. Playing on the Great Plateau Tower again, I tried to take advantage of his side special. Ridley will grab a nearby opponent and drag them along the ground for quite a distance, damaging opponents in his way. Being so new to the character, I didn’t end up using his neutral special attack, where he can shoot fireballs and even charge them. Instead I focused more on Ridley’s smash attacks and his down special, a tail attack that has a sweet spot with devastating results. 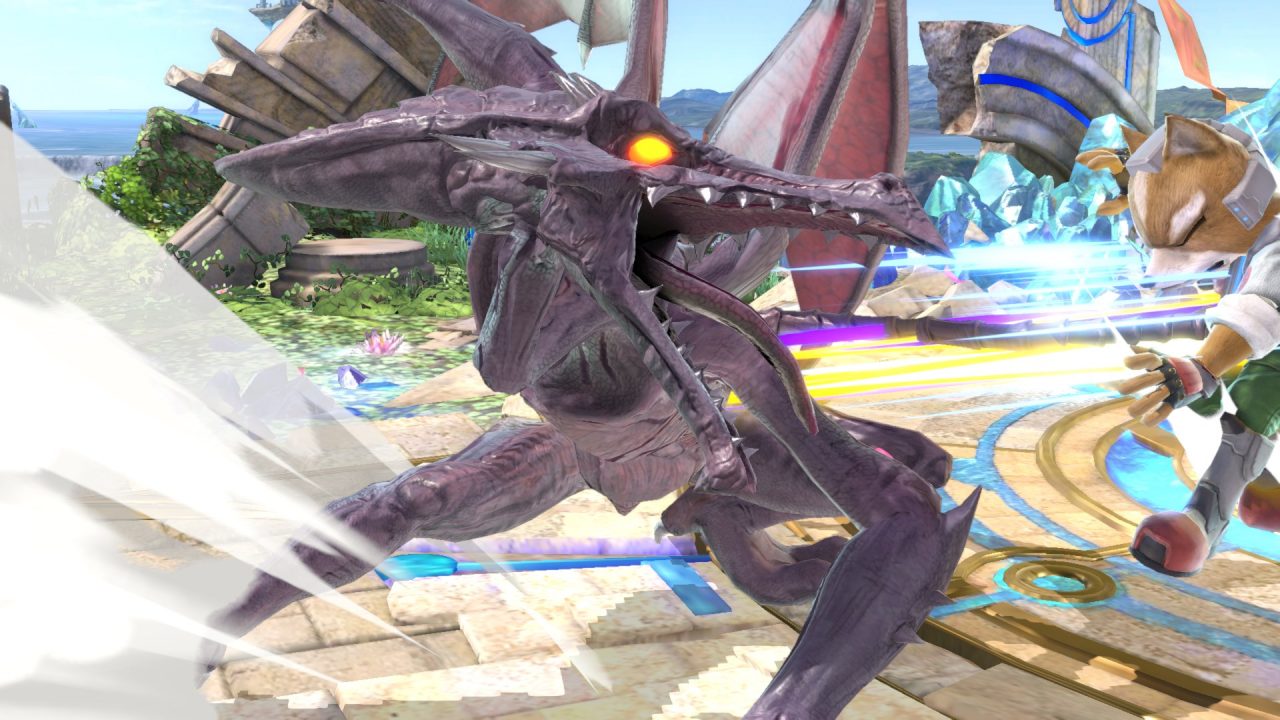 Ridley was incredibly fun to play, having a solid recovery and standing out from the rest of the cast. His final smash, which I managed to pull off, has him launch an unfortunate soul into space, throwing them against Samus’ ship and delivering a powerful blast attack from his mouth. Unfortunately, my opponent was at a low percentage of health, so my attack didn’t do enough to get the kill. Ridley is definitely one of many new characters I wish to spend more time with in a game that’s already packed to with content.

All three of those matches, I unfortunately lost, so I wanted to change things up. It feels like a cheap thing to do, but I picked Ike for my final match. With his attacks dealing tons of damage and a lot of weight to keep him grounded, I was right to use him in my return to Moray Towers. I ended up winning the match, but I wouldn’t say I was proud. Sometimes a heavy hitter is the best strategy in a four player time match, and that’s a sad truth. Either way, it’s nice to see Ike feels familiar enough for fans to pick up again. 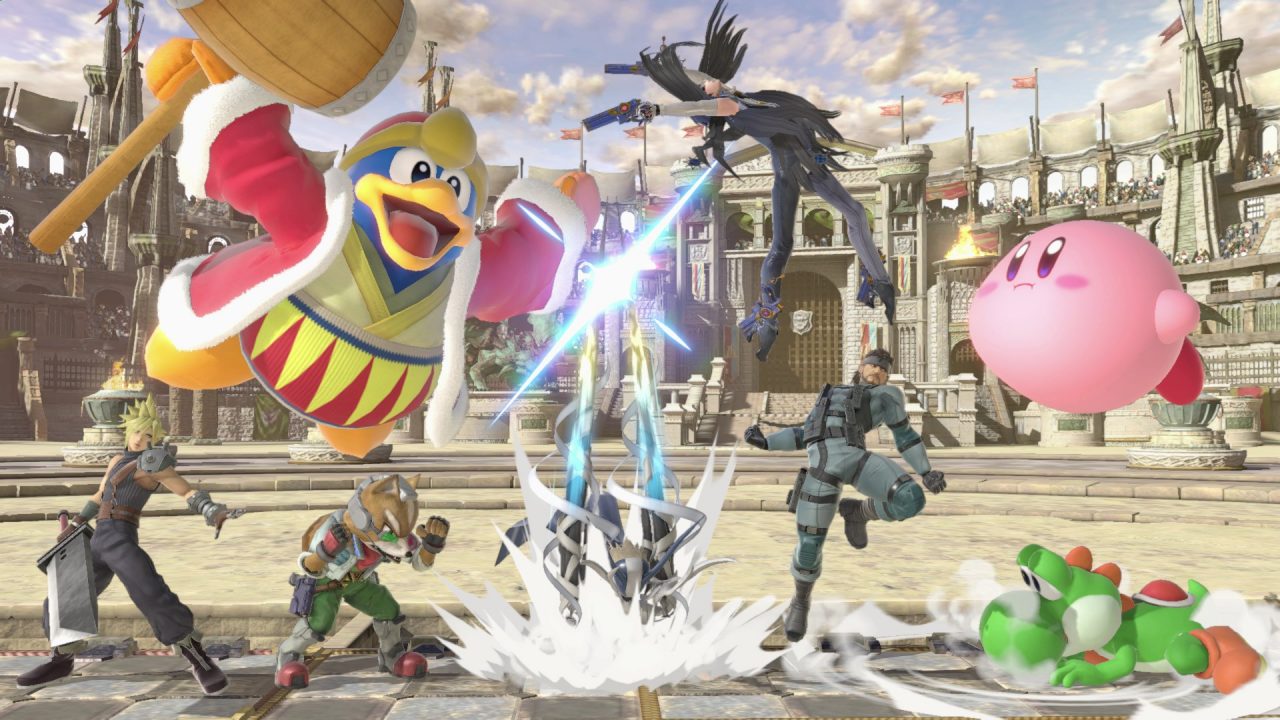 Over my four matches, the controls felt tight and the action had a constant pace. With blast lines that seemed further away, it felt like a larger focus on survival. I didn’t get to try any new items, and assist trophies brought out old characters like Lyn and Gray Fox. The fights were so intense that it was easy to lose track of everything. A lot of new Pokemon and assist trophies were revealed yesterday, so it’s possible many weren’t in the demo.

The graphics are interesting, as it feels like some things were changed for better performance. Models seem to have more details but some animations look a little off. It may be because of the new expressive animation, or even the camera angle used on the characters in the new engine. With the new engine comes new lighting, and it actually makes quite a difference with the visuals. It looks like practically every stage has been remade from the ground up too. 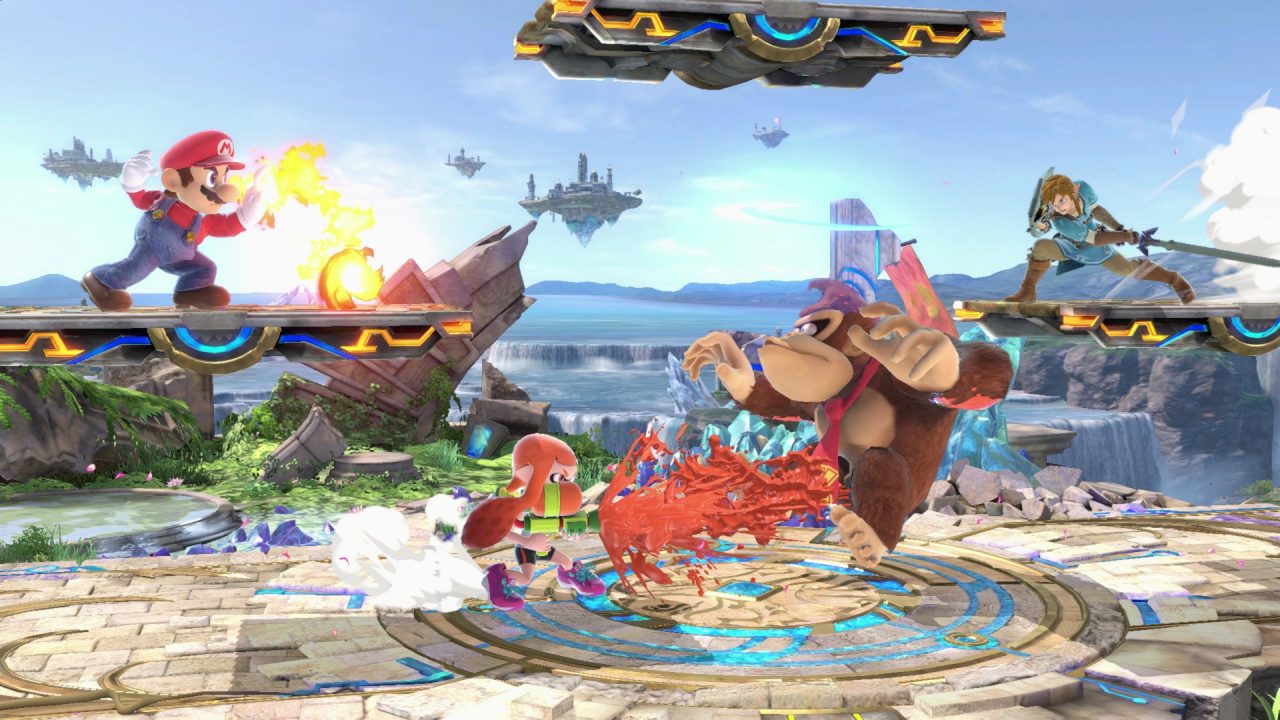 A lot of advanced techniques have been either added or given an official option now. Short hops for example can now be pulled off by pressing the attack button and jumping at the same time. There are perfect guards, which are a bit easier to pull off, and new directional air dodges. Percentages now display a decimal number, showing that the damage system has had a small overhaul. Even small visual changes like making the leader flash for a bit can help aid players.

Our own Daniel Ladiano had a few more impressions from the game: “…the game felt fluid and responsive. The new air dodge maneuver is easy to use, making aerial combat a breeze”. He continued by saying “I do like that every stage doesn’t only have an Omega (flat) variant, but also a Battlefield one as well.” Daniel also expressed his desire for a stronger single player component, which the Nintendo Direct potentially teased yesterday. 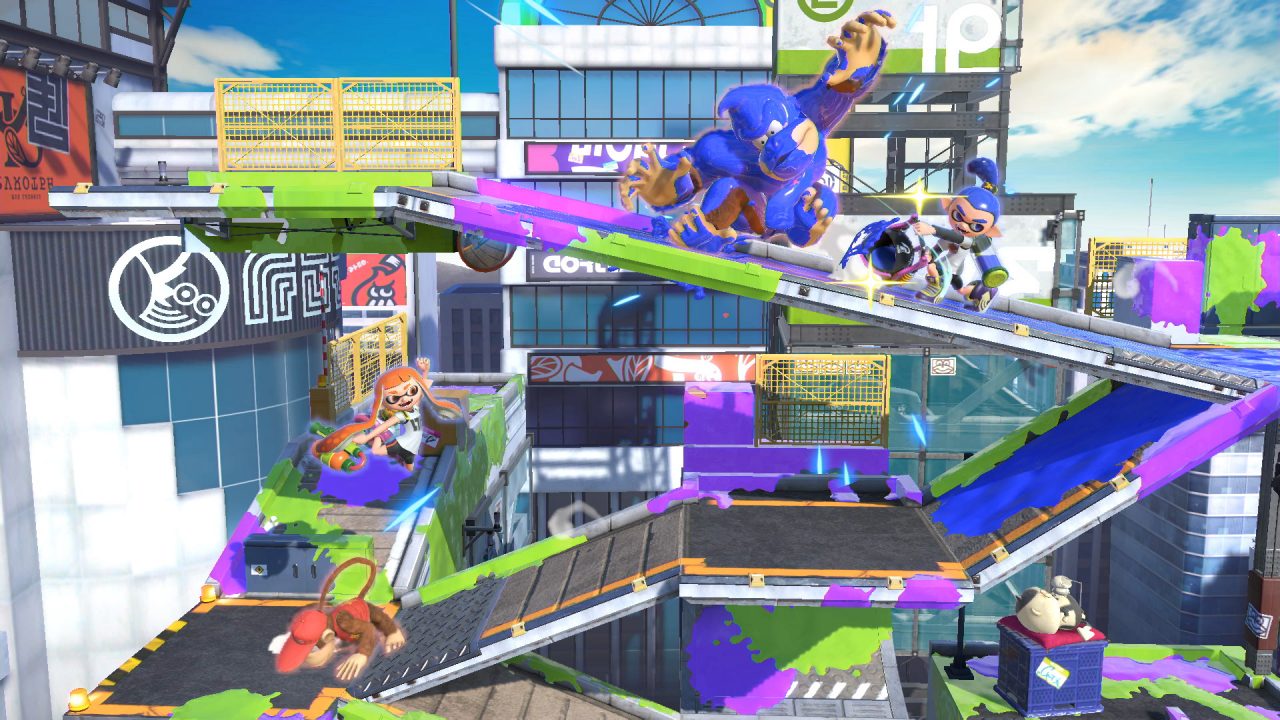 Overall, Super Smash Bros. Ultimate is shaping up to be the game fans are waiting for. It’s very clear Sakurai isn’t done surprising fans yet, and it’s impressive that the game has so much content. Even with the base game, there’s always potential for downloadable content, which the previous entry proved. Nintendo’s online service will launch next month, so Super Smash Bros. will likely be a big part of that campaign. We hope to see more reveals as the game approaches its December 7th release date.