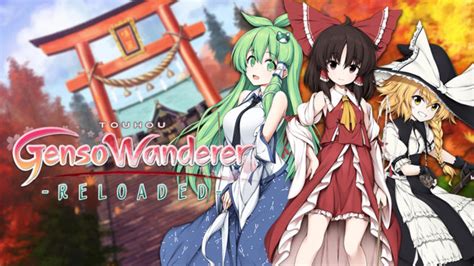 Touhou fans may be wondering; is Touhou Genso Wanderer Reloaded worth the time to pick up?

The game starts with Reimu Hakurei and Rinnosuke Morichika sitting inside as it rains, with the latter playing with a strange sphere that appears to have hypnotized. Reimu feels left out and wishes to play with it, but Rinnosuke refuses to share, eventually dropping it on the floor. Soon lightning strikes and the Gold Sphere emits a strange dark power that proceeds to infect Rinnosuke. 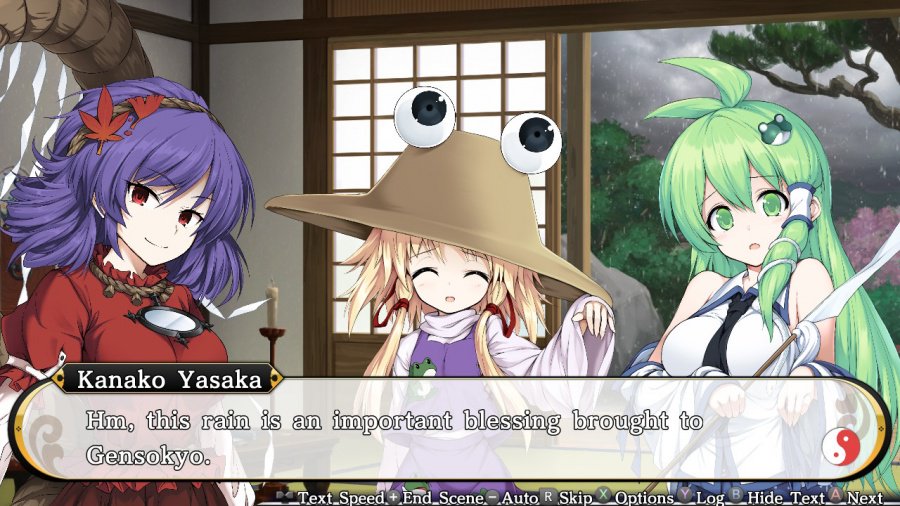 Though noticing that something is wrong, Reimu ends up waiting a bit too long and, as a result, is beaten by the infected Rinnosuke. She manages to escape and head home and ends up being joined by a friend known as Mononobe no Futo who wishes to become a stronger sage, resulting in some comical situations.

The game proceeds to provide a few tutorials, which some have complained are actually too short and don’t explain everything as well as they should. That said, it provides enough information to guide you along your difficult journey with Reimu and Mononobe.

If you’ve played a dungeon crawler before, then you likely know what to expect from the core gameplay mechanics of travelling around as you fight off monsters and hunt down the exit. Touhou Genso Wanderer Reloaded adds in a few different ways of moving around, however, including an item that actually allows you to float to secret areas, although these areas are quite well hidden.

In addition to the secret rooms and valuable items within, you can locate items throughout each dungeon, including medicine and food. The latter is needed to keep you full, and stepping on a mine, though it damages you, also cooks the food you may have. A store that you can locate can also cook the food for you, but charges a price; If you have the health and items to spare it can be quite tempting to utilize the mine in order to cook. 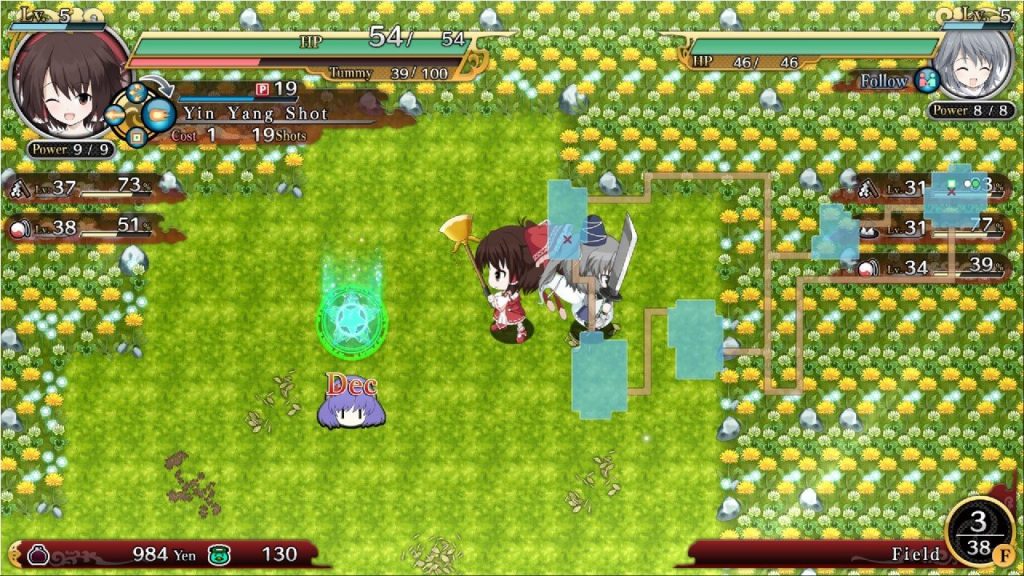 If you’ve played prior Touhou titles, then you likely know the kind of armor and weapons that you will be able to locate within the game. Those who have not can expect interesting weapons such as fans and sticks, along with genre staples such as swords and knives.

You also have the ability to fire off danmaku projectiles at your foes. You can choose between different ones and utilize them until the power meter (which is displayed in the HUD) is depleted. By accessing items represented by P blocks throughout your travels you can replenish this meter.

As you travel along, you will find floors in the dungeon that feature towns containing shops and some unique characters. As with most in the genre, it can be quite beneficial to check out each store; Some can provide unique benefits such as fusing items, as well as the chance of meeting new characters.

As with the sheer majority of Touhou games, this title is quite difficult (I can’t think of a single one offhand that is not difficult, to be honest), and, if you enjoy such difficulty, it can become extremely rewarding to successfully conquer the varying levels and master the systems presented within. Some may become annoyed, however, as dying means that you will be returned to the first floor, and, though you can keep items, you should always be prepared to heal up and lower your chance of dying.

Both graphics and audio are quite well done, fitting the universe almost, if not quite, perfectly.

If you go into Touhou Genso Wanderer Reloaded with full expectation of what to expect from a roguelike dungeon crawler and Touhou title, then you will most likely enjoy the game, especially if you enjoy difficult titles. With difficulty, unique systems, and an interesting story combined, the title should please most, if not all, dungeon crawling fans, regardless of how familiar they may be with the series.