Rampage is a pretty iconic game in video game history. It’s really no surprise that a blockbuster film would be adapted from it. The film stars Dwayne “The Rock” Johnson, and while he has a lot of screen time, there is one other actor that was always there in plain sight. Motion capture actor, Jason Liles, portrays George in the film, and thanks to Weta Digital, he comes to life on screen as a giant gorilla. Last week, GotGame had an opportunity to interview Jason, talking about the movie and what it’s like to do motion capture performance. 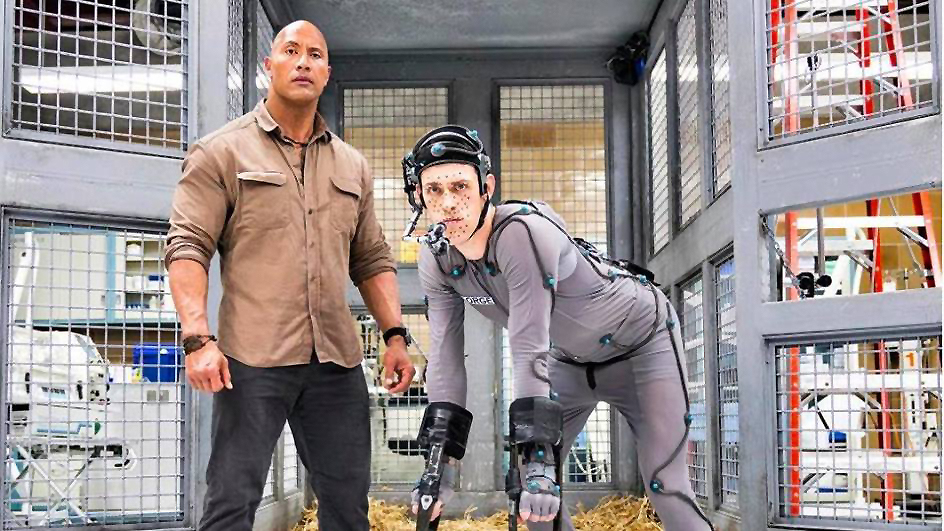 David Poole (DP): How does it feel to be part of the all-time best reviewed film based on a video game?

Jason Liles (JL): Ohh, surreal, and kind of weird, like it doesn’t help that when I look at a poster or billboard, I don’t see myself. [Laughs] It makes , I don’t know, a kind of a really strange feeling cause it’s kind of a dream come true and I was hoping that it would be well received, and the fans would love it and they did, and I’m proud of it. So it’s really, in a sentence, it’s a dream come true.

DP: Is there like a feeling of disconnect when you see that it’s a CG character rather than yourself?

JL: Uh, it’s like I know it’s me and I recognize me, and I remember doing all that stuff, but yea, it’s a real strange feeling of disconnect, because Weta is so great at what they do, and it looks like me, but it doesn’t look like me at all. It looks like a photo-realistic, I don’t know how many hairs on his body, gorilla. It’s really just phenomenal and mind-blowing

DP: Nice! Did you grow up playing the original Rampage game, or do you have a favorite video game?

JL: Oh, favorite video game would be tough, it’d probably change every five minutes. I did play, not the original one from (19)86, but I played the one on Nintendo 64, World Tour, with a good buddy of mine back then, I remember playing at his house for Christmas, so, I think I played as George as well. So that’s kind of cool to play as George, then 20 years later, play as George. [Laughs] 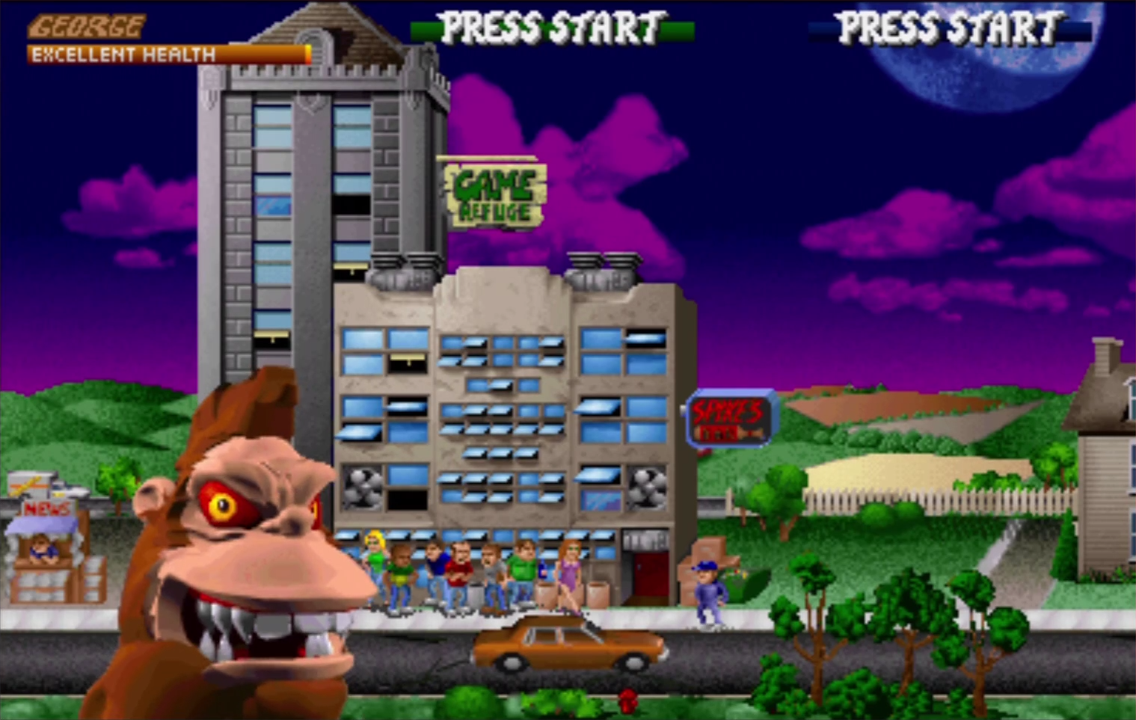 DP: Cool! What was it like working with Dwayne Johnson? Did you do a lot of rehearsals together?

JL: Rehearsals, no. Most of all my rehearsing was with Terry Notary (Movement Choreographer), and several weeks of training before it went into production. Becoming an ape, becoming a gorilla, and specifically of course, becoming not just any gorilla, but George, but working with Dwayne was even more surreal than trying to describe. Like being a part of it, he’s such a great guy, and he’s just on top of the world as an actor and action star, so getting to play his best friend who’s like Chewbacca basically, but a gorilla, and we save the world together, and it’s based on a game I played, it was just really amazing, and what struck me the moment I met him and every single week after that was how kind and generous and respectful he is to every single person all the time, no matter if he got no sleep the night before, how many hours we’ve been on set, what we’re having to do on set, how hot it is, how sweaty, he is just such a great example of a professional, hard-working, kind guy, and I learned a lot from him and steal a lot from him.

DP: Nice! What was your strategy for getting into character for George?

JL: I owe all of it to Terry Notary. I had done about six months of prep and research myself before I got brought in to meet with Terry, to potentially do the role. I’d heard about it and so I just really wanted it, so I was studying like crazy… and the prep really, it’s really this meditative state that gorillas are in where they’re not thinking about things how humans do in terms of what happened before, or what might happen later, or more so in our heads about stuff. They’re so in tune with the present moment.

So every day, I would spend about an hour or so on set in the morning, before we shot, as much as I could, and no one bothers you when you’re walking around in those arm extensions [Laughs]. “Where’s Jason? Oh, never mind”. I would just move around in the air on set and really get into character and get into those circumstances, get into that place, and that day, and that time, and what’s happening and really just get to this really centered place, and it was just kind of like once I got there, it would be like a light switch almost. I would take a few minutes to prep before I would go from the Weta tent to set, but I always as much as possible wanted to… I didn’t want anyone to see Jason, I wanted them to see George, so when they were ready, Weta would tell them great, Jason needs ten minutes, I would prep, I’d get into it, listen to this recording Terry made for me, and I would walk on all fours from the Weta tent to set. So most of the time, when other actors came on set, I was already there as George.

It was kind of a weird thing because most days I didn’t get to say hello or introduce myself to the other actors until halfway through the day, or like maybe even the end of the day. Like Naomie Harris, the first day I had with her was like a 16 hour day, and I didn’t introduce myself until the end of the day. Cause she came on set and I was already George, and it was an emotional set of circumstances, so I didn’t really want to drop out, so I kind of did it as full on as I could. You know, so they wouldn’t see this guy with ridiculous dots all over his face and body, walking around on sticks. They would see George. 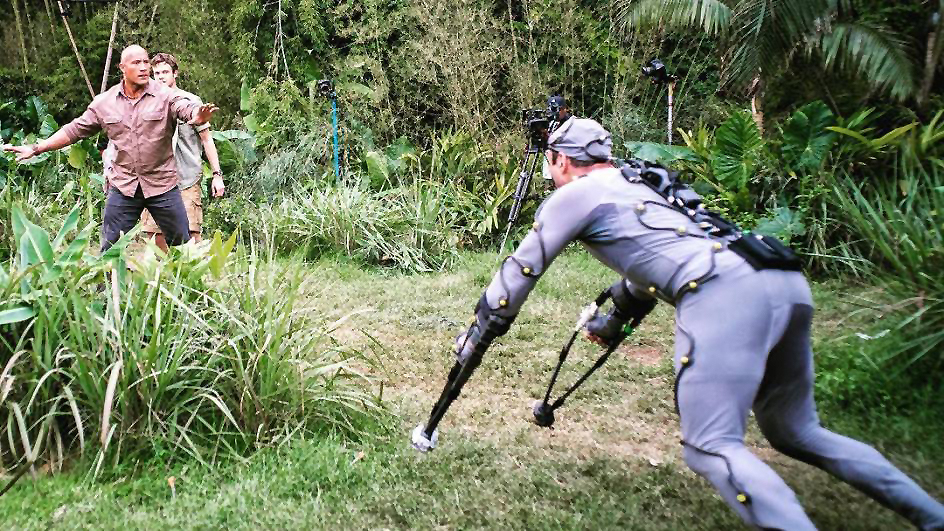 DP: It definitely shows! Do you feel like motion capture is an effective performance tool? And do you think it can improve over time?

JL: It is improving, it’s always improving. I went to an event a couple weeks ago where they were talking about where it’s headed and where it’s come from and it’s insane. I think it’s an incredible tool because no matter the age, size, ethnicity, sex, whatever, you can be anything. You know, Andy Serkis was definitely the biggest first one to show that. Being tiny, little, skinny Gollum, and then playing massive King Kong. It was just “oh my gosh, this tool is incredible, anybody could play any character”.

And just like me, I could play an albino, 500 pound gorilla who grows to be 35 feet tall and who knows how much he weighs at that point. I’m sure they calculated it in some book or behind the scenes somewhere, but it’s an amazing…performance capture is just incredible. It really is the epitome today, I believe, of movie magic. And it’s going to be interesting where it goes, it looks like they’re trying to remove dots now? Like not have dots and they’re trying to be able to just use cameras and, not infrared cameras but film cameras and still have it work. They’re really trying to push it to its limits and I help it continue to grow. It’s pretty fascinating.

DP: Nice, so I have one final question for you. So I know you’re going to be part of a three man team to play King Ghidorah in the upcoming Godzilla: King of the Monsters movie, how different is it to work together to create one creature?

JL: Hmm… cause I can’t really confirm all this, I can’t confirm or deny all the details you just said either. Even though there’s articles out there. I am one of several people who bring Ghidorah to life. And it’s kind of just… it’s nice because it’s just like okay, I’m going to focus on what I’m going to focus on, and just like another team member, if you’re on a basketball team, you have your role and you trust that the other players are doing their role, but you’re one cohesive being. So it was interesting, I never had really done anything like it. I don’t know if I’ll ever do anything like it again. Um, I don’t think that there’s really a book out there on how to play a three-headed dragon, so we did the best we could, and I’m really excited to see how it comes together. You know, cause there’s no pictures out there yet, maybe we’ll see something here at (San Diego) Comic-Con. Maybe we’ll see a first look, but it was a lot of fun.

When you’re a kid…you know when I was a kid, my parents would go out on a date for a night. My brother and I would move the furniture in the living room, and we’d wrestle, and we’d play monsters, and stuff like that. So that’s kind of the equivalent of what we got to do here. So it’s like a true childhood dream come true to, you know, “roar, roar”, you walk around like that when you’re a kid, and we got paid to do it. I’m kind of blown away that the that’s reality of my life right now. I can’t wait to see it, it’s just Godzilla. And it’s the first time, I believe, that Ghidorah has been in an American-made film. I believe that he’s been in 10 or 11, and they’re all, well there’s the cave painting in Kong: Skull Island, though that doesn’t really count. But I believe he’s been in 10 or 11 Japanese films over the last five decades, and so, just that too, to be one of the group of people that bring him to life for the first time in an American-made film is an honor to me. So I can’t wait to be able to actually talk about it, and to see the first peek on what it’s really going to look like.

Rampage is now available digitally and will release on DVD, blu-ray and 4K blu-ray on July 17th!