Overkill Entertainment made their mark on the world when they released the original Payday: The Heist back in 2011. Since then, it spawned a sequel and numerous downloadable updates. Since the Payday games were well known for their co-op gameplay, it was exciting to hear they would make a co-op The Walking Dead game. At E3 2018, publisher Starbreeze Studios invited us to play the game with other members of the press. While we unfortunately didn’t finish the entire demo, we’ve still got some interesting impressions on the game. 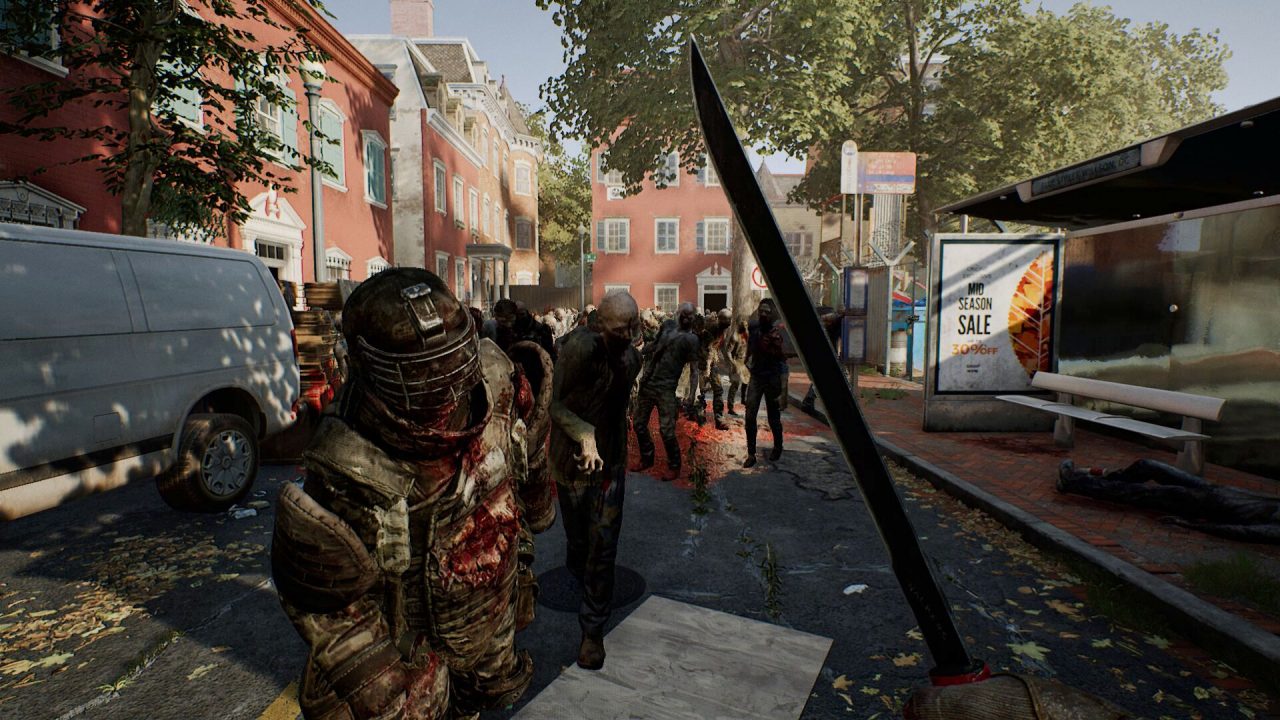 With Overkill’s The Walking Dead, there are currently four characters to play as. Aidan, Heather, Grant and Maya seem like typical survivors in a zombie apocalypse. What sets them apart from typical video game survivors is their specialty weapons and skills. A character like Maya for example is a skilled Medic while Grant is pretty great with sniper rifles. Every character has a signature melee weapon from machetes to pickaxes. With the world the way that it is, some of the weapons are fashioned from common items in unconventional ways. 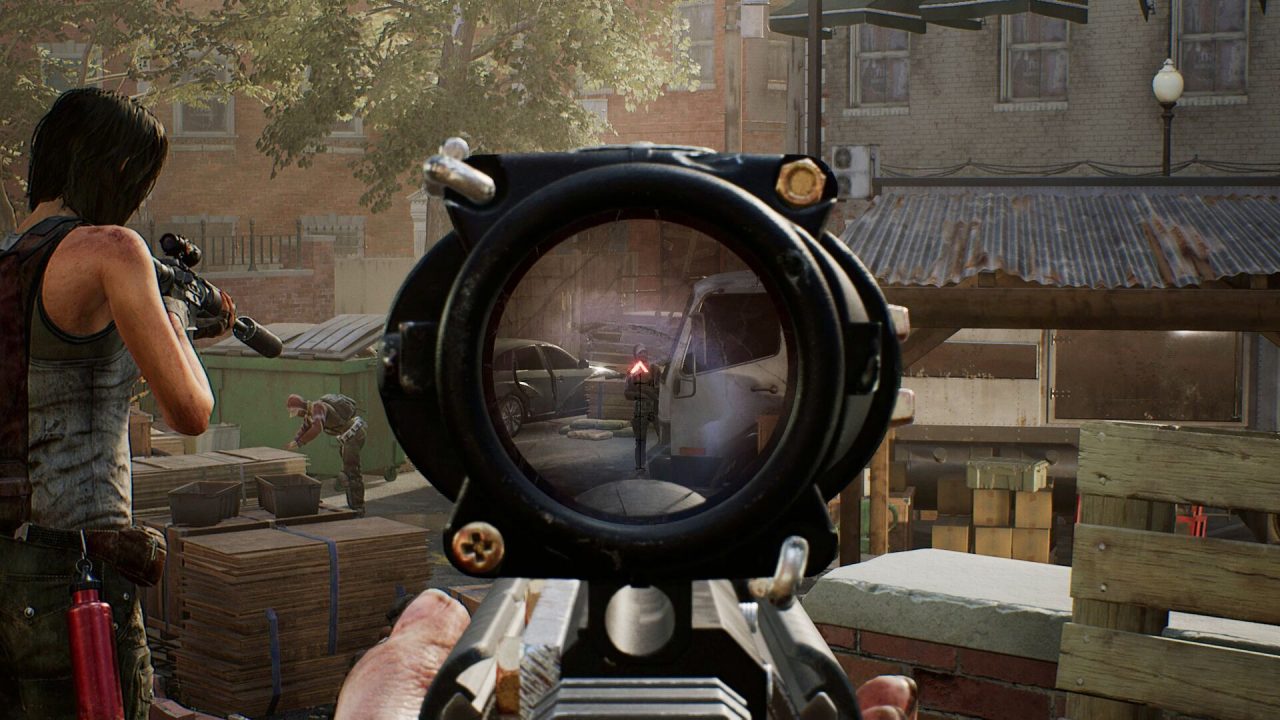 First of all, Overkill’s The Walking Dead introduces the element of human enemies. Not only will players have to deal with hordes of the undead, but they’ll have to fight off humans. What makes this element truly fun is that fighting human enemies draws the zombie masses into the battlefield, thanks to the sounds of gunshots. Basically, every time a gun is fired would work like Boomer bile from Left 4 Dead. This can get pretty intense when a herd manages to show up, especially when they start destroying your enemies for you. That doesn’t mean they can’t still be a danger to you. Also like Left 4 Dead, players can be incapacitated on the ground up to three times, only being able to shoot a pistol at oncoming enemies.

When human enemies aren’t involved, there are plenty of ways to take down walkers. The safest way is to use melee weapons and aim for the head, just as many survivors do in the show and comics. Using stealth attacks to take zombies down one by one is key to survival. These stealth attacks can also work on human enemies, as sneaking up from behind can initiate a stealth takedown command. Unfortunately during our demo, the stealth attack was a failure and we initiated a large shootout. Enemies can practically come form all directions, so it’s best to make sure to stick together. 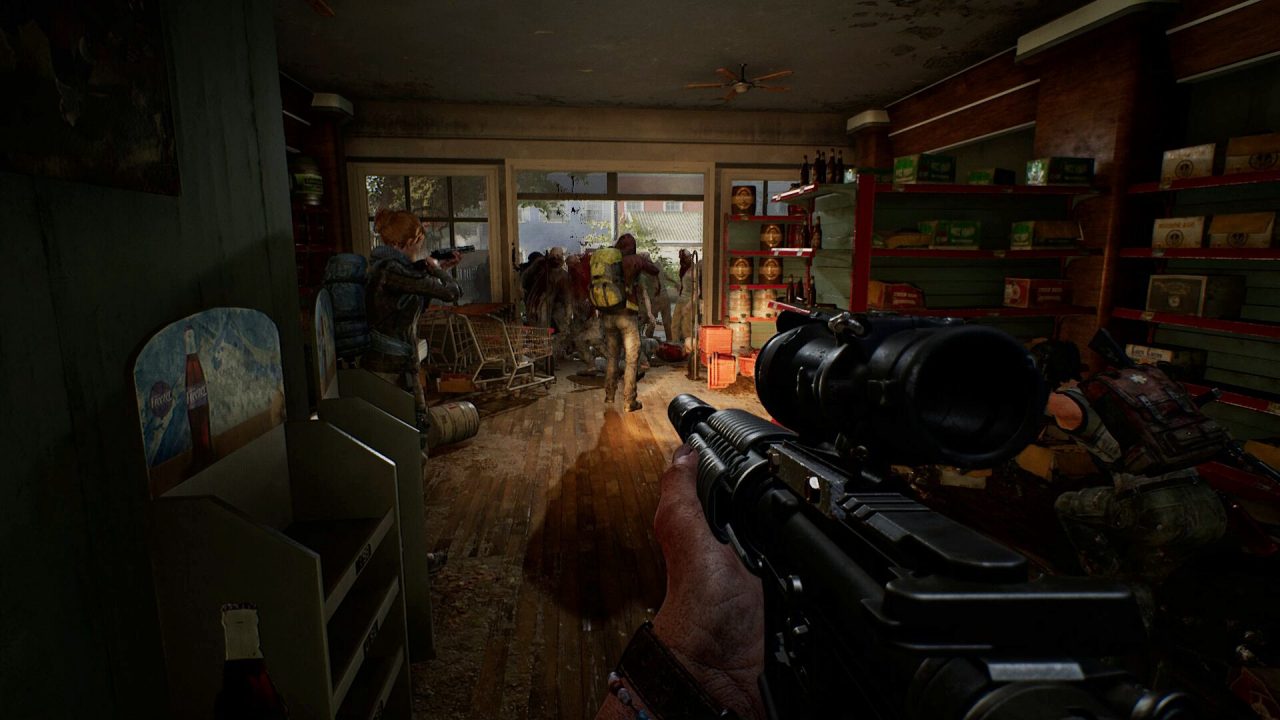 Outside of combat scenarios, there are moments when players have to scavenge for items. Not only do some items help to craft tools like lockpicks and wire cutters, but they can also be useful for progressing in the mission. Getting to a locked gate will show that it runs on electricity. Observation skills will show it’s powered by an electric generator that’s missing fuses. Working together to track down fuses can help to make the mission go by smoothly, but players should still be mindful of their surroundings. Not only will there be walkers, but there may even be dangers like bear traps.

Overkill’s The Walking Dead works on a mission-based structure, so players will see a variety of locales from mission to mission. Cityscapes to sewers, Overkill plans on developing content based on fan feedback. It might not get as crazy as a Midnight Riders concert, but only time will tell. If it’s anything like the continued support Payday 2 has, it’s a very exciting game for fans to look forward to. The game could likely still use a bit of polishing, but it looks great and it plays great. 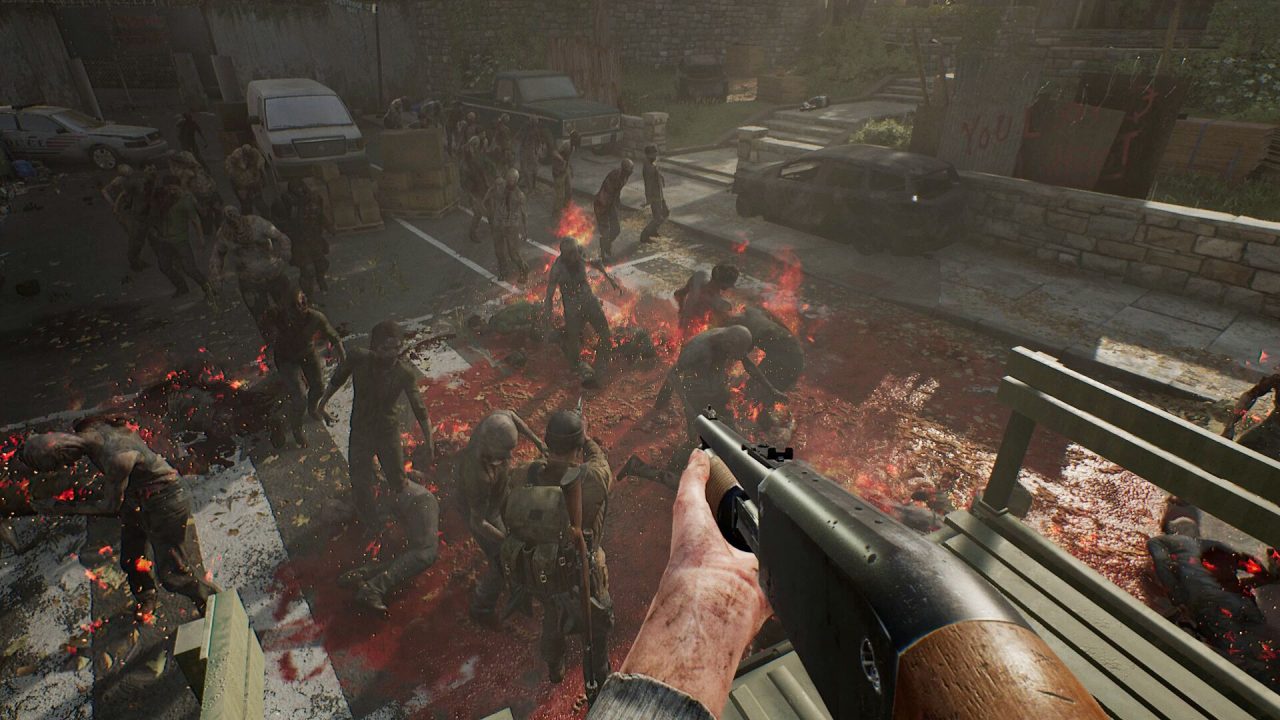 Taking the foundation that Left 4 Dead made and using their experience from the Payday franchise, Overkill has a truly promising project. It’s been in development for quite some time, but it won’t be too much longer now. Fans can look forward to Overkill’s The Walking Dead on November 6th, 2018 for PC, Xbox One and PlayStation 4. We’ll hopefully have more info on the game as it gets closer to release!