Blizzard has been teasing hero 28 for Overwatch these past few days, and today, he’s finally been revealed. Many fans knew about Winston and his origin at the Horizon Lunar Colony in the game. Many also knew about the escaped test subject known as Hammond. What a lot of people didn’t know was that Hammond wasn’t a primate like Winston, but instead, a hamster. Hammond is hero 28 for Overwatch, but under the name Wrecking Ball, the name he has given his mech. 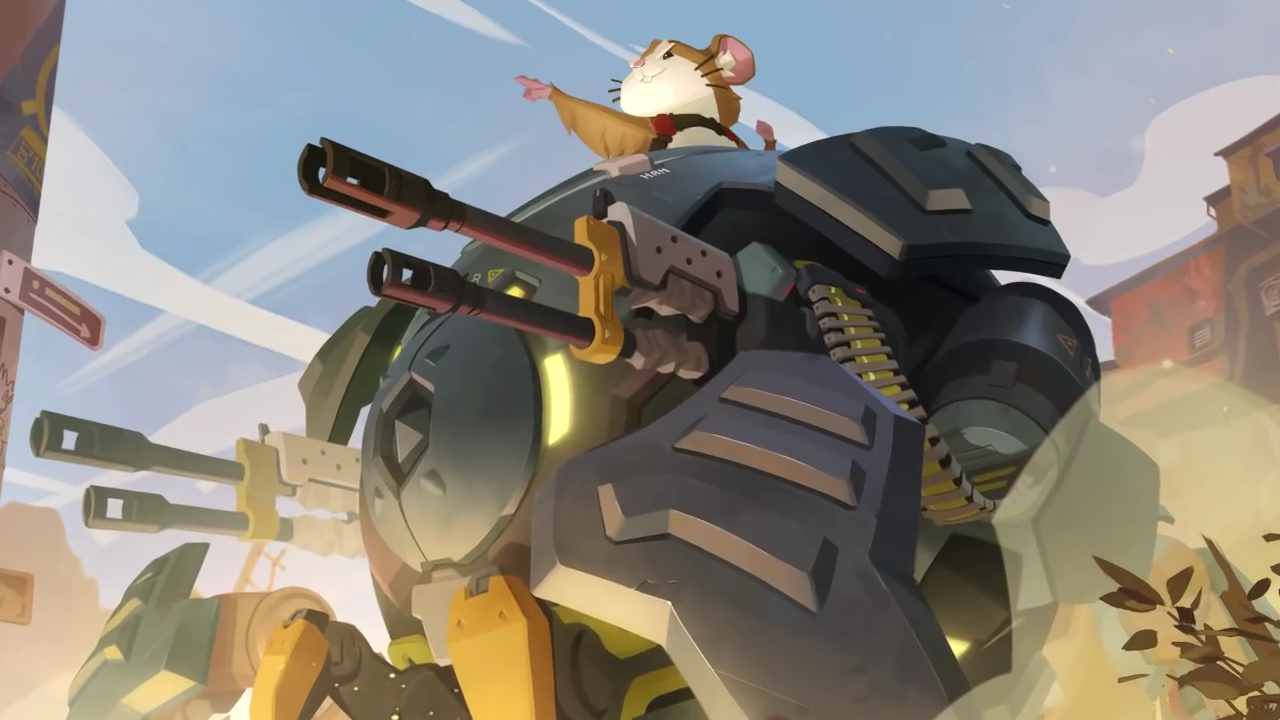 Wrecking Ball is a tank, and one that has incredible maneuverability at that. Using Hammond’s mech, he can use Roll and transform into a ball to increase move quickly. He has quad-cannons as his main weapon, which seem to do a good amount of damage. A Grappling Claw can be deployed to turn into a literal wrecking ball to deal damage and knockback enemies. Hammond has a Piledriver attack where he slams into the ground when he’s in the air, similar to Doomfist’s Seismic Slam. His Adaptive Shield grants him protection based on how many enemies are nearby, making him a more effective tank. Finally, his Ultimate is Minefield, where he sets up several proximity mines around him.

Overall, Wrecking Ball seems like he might be a great change of pace for Overwatch. His play style seems approachable, but also offers a lot of new strategies to the game. We don’t know his voice yet, though unlike Winston, he can’t speak English. Despite this, the Overwatch team says his mech translates his hamster speech and gives him a “menacing tone”. PC players can give Wrecking Ball a test drive now, as he’s now available in the PTR. Feel free to watch Hammond’s origin story below, as well as Jeff Kaplan’s introduction of the character.