During EA Play 2018, EA gave GotGame a chance to go hands-on with DICE’s upcoming Battlefield V. Our demo allowed us to try the new mode, Grand Operations, fighting on the defensive side for two in-game days. Battlefield V takes on World War II with a fierce intensity, keeping the series grounded, but satisfying nonetheless. Taking experiences from Battlefield 1, it seems like DICE is focused on using that foundation to improve the core game.

Battlefield V is a truly gorgeous looking game, even in pre-alpha. Weather effects are constant throughout the match as sleet and snow rain down on the field. As mortars land and tank shells hit, there are plenty of large explosions to light up the map. Being close to one can even give a slight feeling of shell shock as visuals blur, and sound rings. The environment is fully affected by the devastation, as cover can get destroyed and buildings will crumble. 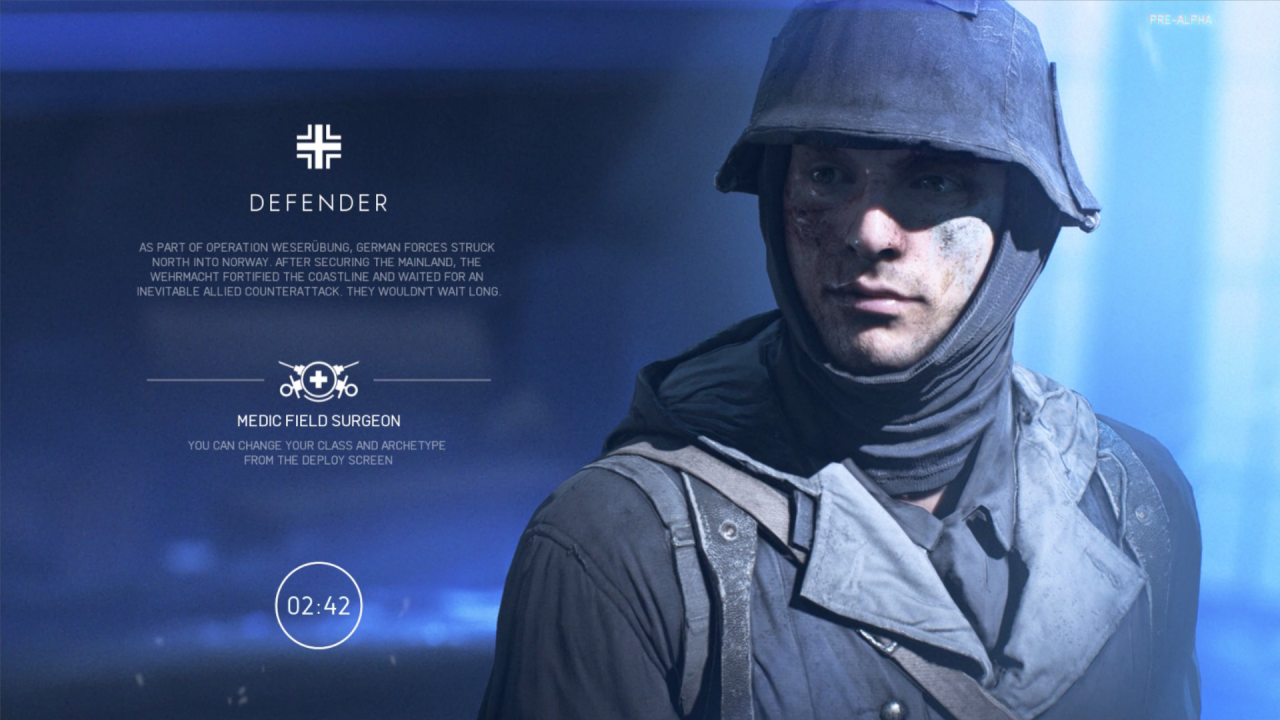 Playing as a different class can help to give an advantage in a squad. As with previous Battlefield titles, the game offers multiple classes, each with their own weapons and items. As usual, players can select from Assault, Medic, Support, and Recon (which is essentially a Scout). Assault is a balanced attacker, with a skill-set for taking on most situations. Medic, as the name implies, can heal teammates by passing out medical packs and fully revive a downed teammate. Support can supply teammates with ammunition, but with the added ability to create offensive fortifications (more on that later). Recon is basically the sniper class, with a focus on long-range offense and scouting out enemies. Obviously, the Tanker and Pilot classes still remain as well.

Combat is tense and seems to focus on making players into survivors. Limited supplies are given to players and they’ll have to scavenge to keep a steady stock. Ammunition can run out fairly quickly if you’re not making every shot count. It helps to have a Support nearby, but otherwise, players may have to loot their enemies for ammo. Health can be replenished with the aid of a Medic or from health stations scattered across the map. When taken down by an enemy, players will be incapacitated while bleeding out. It seems there’s currently no option to end it quickly, which makes it somewhat frustrating. Luckily, every teammate, no matter the class, can revive a downed player. Regardless of the changes, this still feels very much like a Battlefield game. 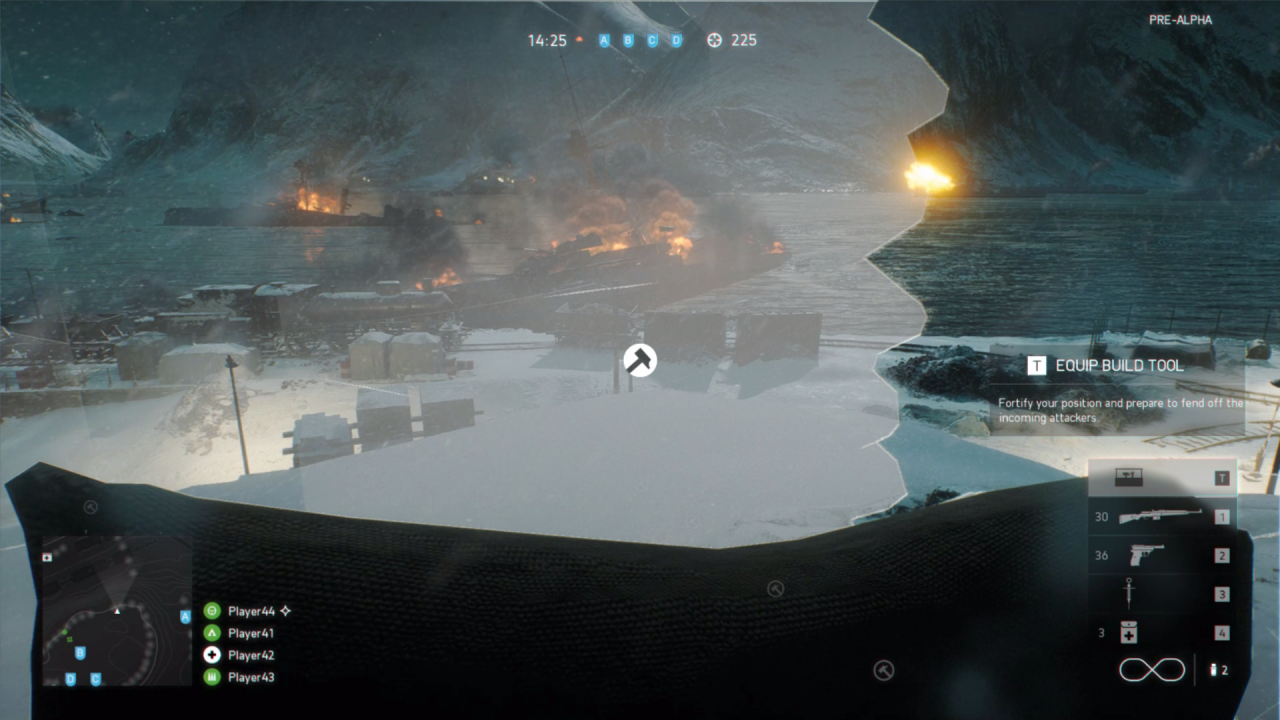 As mentioned earlier, there is a new mechanic called Fortifications. Think like boarding up walls in Rainbow Six: Siege or Call of Duty Zombies. In Battlefield V, players can build defensive walls in certain areas to protect themselves. It takes a little bit of time, though Support can build them faster. This adds a bit of extra strategy, especially when using the items other classes have. Each class is granted a toolbox, which gives certain items like the hammer or shovel. These tools allow other options like making wooden barricades or digging a trench. Support, as mentioned earlier, can build offensive fortifications like machine guns and cannons. This helps to make them one of the most important classes in the game.

Talking more about Grand Operations, it’s an extension of the Operations mode from Battlefield 1. Grand Operations essentially takes that mode and spans it over three or four in-game days. As a day ends, the outcome of that day has an effect on the next day. This carries out with one team taking defensive position and another taking offense. Offense gets to try the new Airborne mode, which has troops dropping from planes to attack the defense team. Unfortunately, playing on the defense side for our demo, we never got a chance to see how much that changes things. Defense was fairly straight-forward. Defend specific points on the map from incoming enemies. In some cases, they might need to place a bomb somewhere on the map. In other situations, it may be a simpler battle for supremacy. 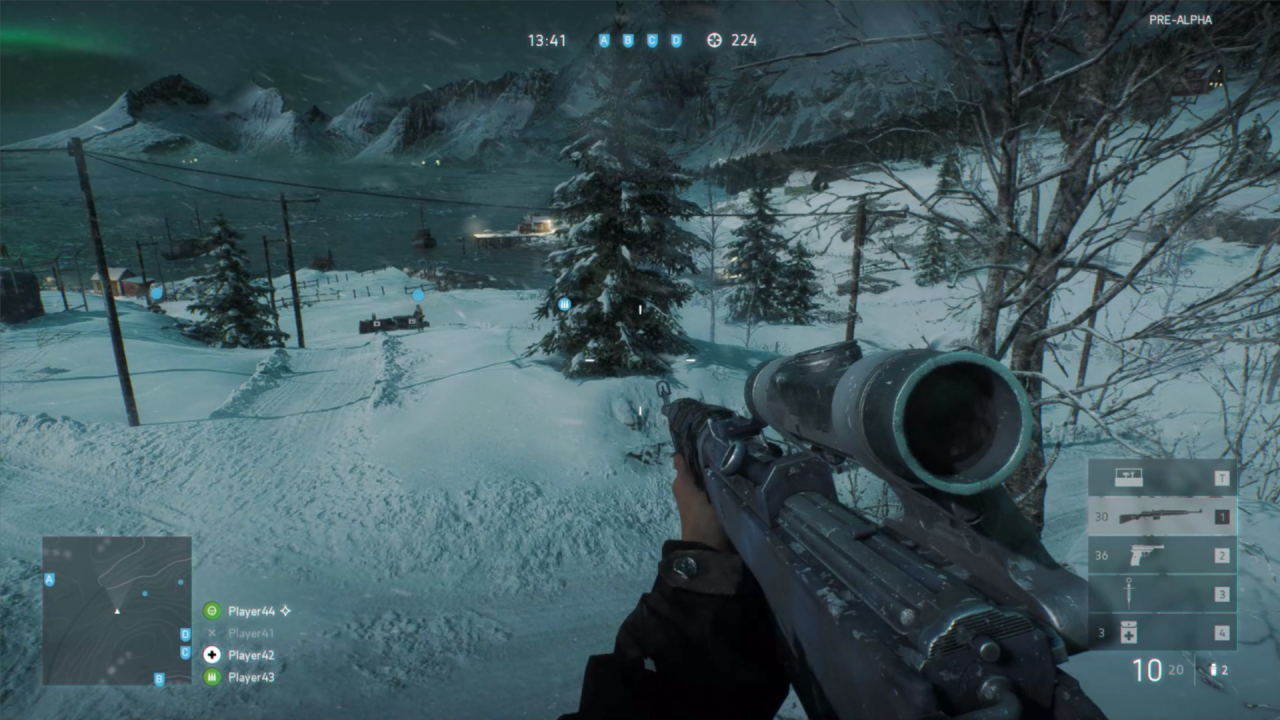 It seems like fans of the franchise have a lot to be happy with. Aside from taking a while to bleed out and less ammo to work with, the game is a lot of fun. To address the elephant in the room, it’s great that women are included in Battlefield V. Battlefield 1 had them, there should be no reason to exclude them here. This is a game, and we should give players of all types their options. Moving on, we’ve captured most of our demo, so keep an eye out for it when we post it. What are you looking forward to from Battlefield V? Maybe the new battle royale mode? Or perhaps the single player campaign? Let us know in the comments, and look forward to much more coverage from E3 2018!