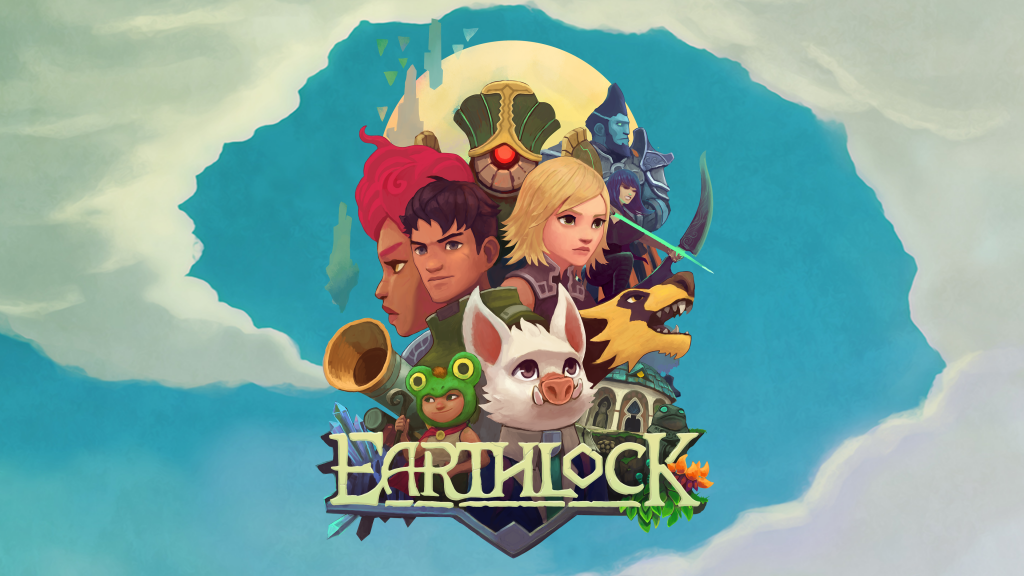 I was recently given a chance to check out the PlayStation 4 version of Earthlock. I’d not played the original version, Earthlock: Festival of Magic, which released back in 2017, but have read other reviews of that title. Will this version have the same downfalls as the original?

The title follows the adventures of a young man named Amon. He and his uncle, a sick man known as Benjo, were scavenging for artifacts, and stumbled upon a mysterious one. Amon went to sell it to their friend, Lady Evandu, and, as the deal was about to be finalized, Gnart, a hogbunny, spies it and mentions that it is actually worth twice what Evandu was going to pay for it. He went on to advise that Amon should attempt to sell it in Suvia, and he, hoping to get more money to help his uncle get better via medical means, agrees to travel there. Soon they wind up taking a path that ends up being more complicated than a simple sell trip, and meet others, named Olia, Ive, Taika, and Pat. 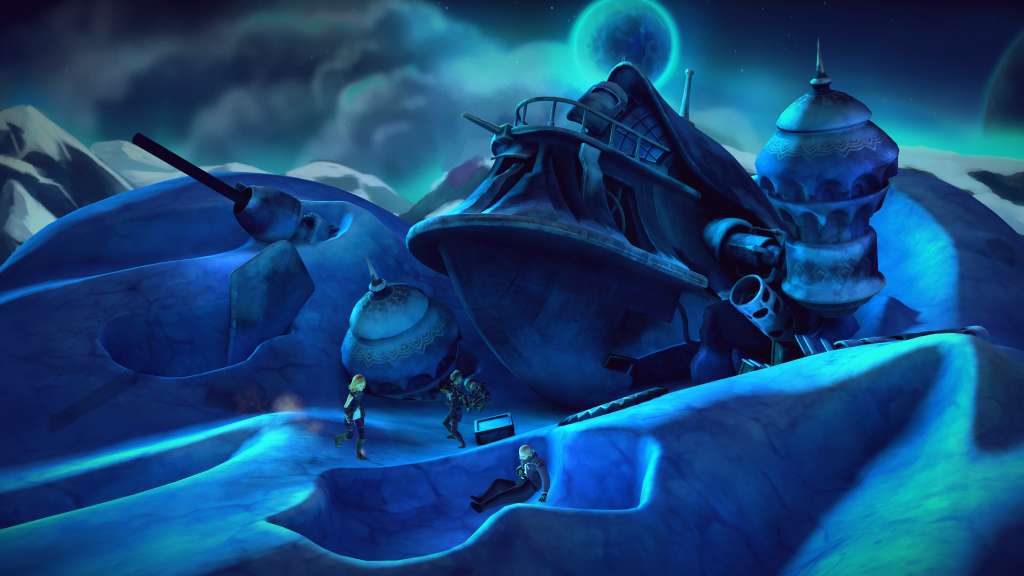 The game feels like an old-school role-playing game, featuring turn-based battles as you fight through the world. The majority of the characters you are quickly introduced to, while it may feel overwhelming at first, are actually just non-player characters.

As you adventure throughout the land, you will find quite a few side quests that you can complete, as well as a variety of treasure hunts.

On the world map, you can swap between the various characters in your party, with each featuring different abilities. Scrap found on the map, for example, can only be collected by Amon, while berries and plants can only be harvested by Gnart. Some of the berries can even give Gnart a few other effects, such as increasing his speed on the map, which allows you to avoid enemies rather easily in many cases, if you so choose to. 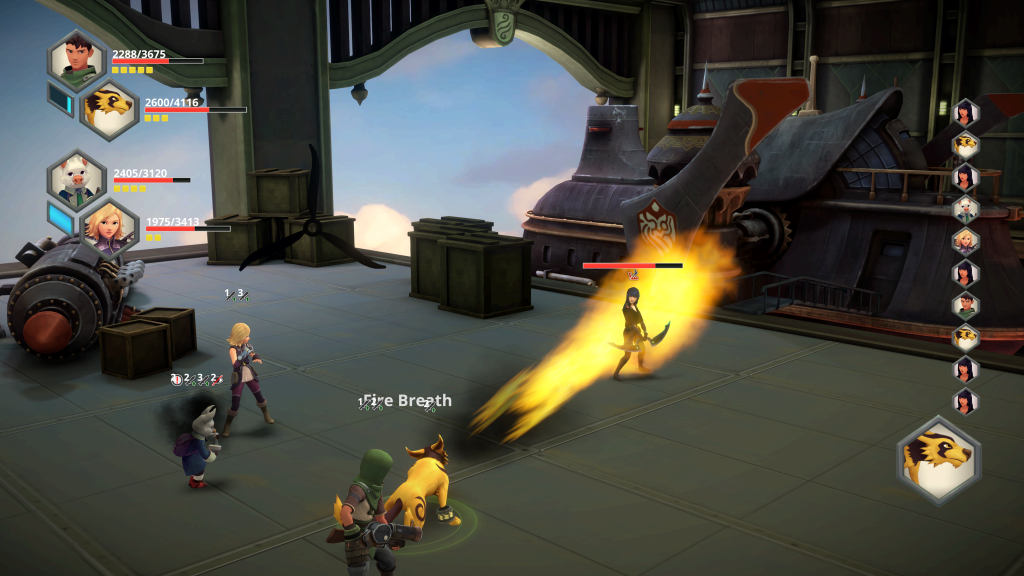 As you proceed through the game, you will be introduced to several elements via short tutorials accessed through the menu. These include the talent points, bards, bonds, your various battle stances, and the game’s equivalent of mana points, known as Amri.

As you fight through, you actually even have the ability to retreat, warping back to your home base of Plumpet Island, which automatically heals you if you were becoming weak. Here you can also do a variety of things, such as purchasing more items to help you along your adventure or creating weapons to make your characters more powerful. Those worried about losing exploration progress can also put these fears to rest, as you can warp back to any portion of the map that you have visited, cutting down on your travel time quite a bit.

As you come across boss fights, which can be unexpected at times, your characters will have a short dialogue indicating whether the boss in question is too strong for you or if you should be able to take it down with ease. If you do die, you will be warped back to your last save point, and, if you died during a boss fight, an NPC will appear and ask if you want hints on the creature’s weakness, which can help players out if you choose to accept the hint. 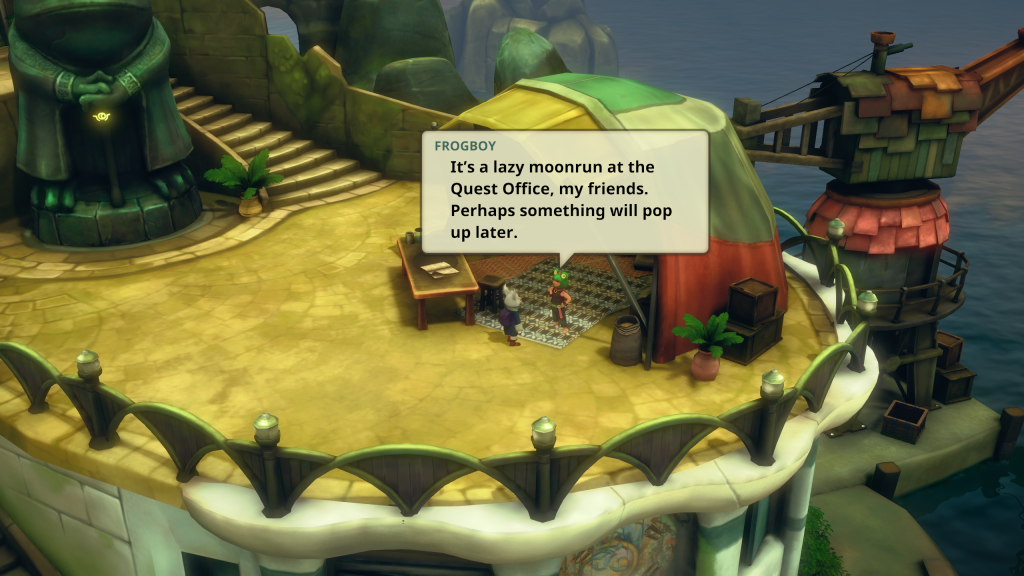 The graphics were rather beautiful, and I did not notice any sort of lag as I moved through each area. In terms of audio, the music could be quite catchy, but even the portions that were not were still fun to listen to.

After reading some of the reviews for the original release, I was a bit wary stepping into Earthlock. That said, it appears that the majority of issues that many critics complained about were fixed with this release, turning it into a fun little adventure. Hopefully the team can keep this up for the next two titles in the planned trilogy.