City of Brass is a three dimensional first person rogue-like level progression type game that is fast paced, full of treasure and much more death. Armed with just a whip and sword, your character is trying to get to the center of a cursed Arabian city while fighting through all the lost souls that were left in the city when it was cursed. This seemingly short journey is longer than it appears and you’ll struggle through each level just trying not to get your brass whipped… and maybe that’s not a bad thing. 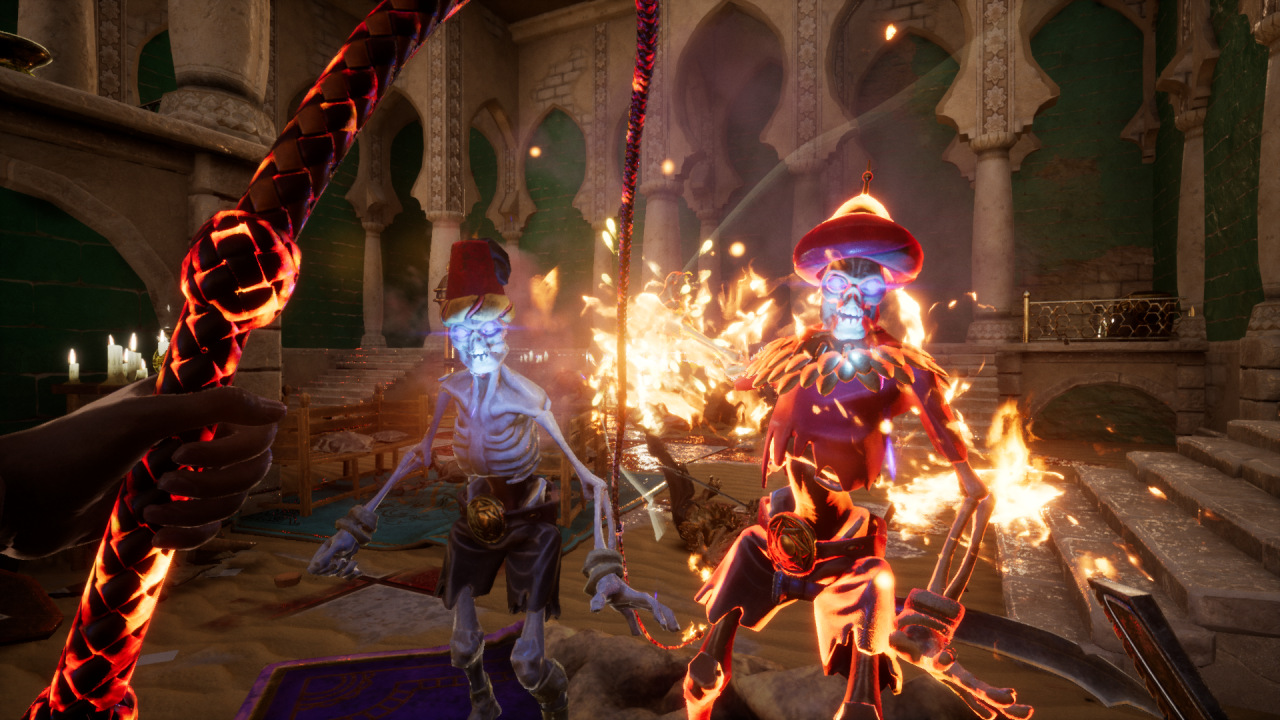 In this game, you’re playing through thirteen procedurally generated levels, each with their own theme. Stronger enemy classes await as you progress through each stage. To help you along this journey, there are a handful of genies scattered through each stage. Genies are there to sell weapon upgrades, character buffs and other perks to lower the stage’s difficulty like deactivating traps. Not all genies are good, however. There are some genies that are there to shoot fireballs at you and spawn new enemies to defeat. Despite this, if you use one of three wishes that you get for each playthrough, you can sway them to fight for you. Just try making it to the end of each stage without getting killed, that’s all this game asks of you.

Let me get this out of the way, this game is hard. Of course that’s something you can expect when you’ve spent some time with the rogue-like genre. Starting each playthrough with only four hearts of health, it can be grueling getting to the end of each stage. Sometimes your character reaches the end of the stage with only one of the four hearts left. Your health does not replenish at all after each stage. However, if you’re lucky you might find a genie to sell one to you. Every few stages there’s a boss known as a gatekeeper, and defeating it will grant you special portal. This portal allows you warp to the level ahead when you start a new playthrough. That’s how progress is made through in City of Brass. 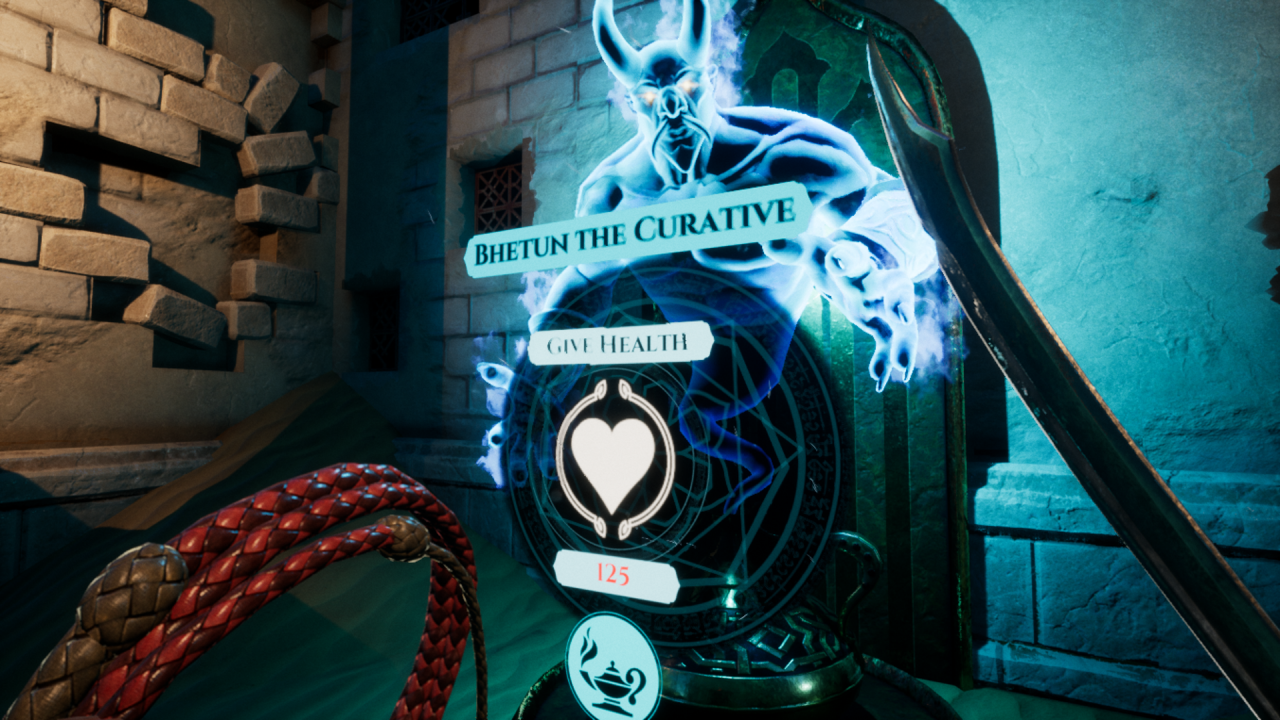 City of Brass is one of those games that you just can’t put down because you always feel like you can do better after each run. Every death means you’re ready to pick up the controller and power through each stage again. This doesn’t get tedious however, because you never have to play the same level twice. Because it’s procedurally generated, it can stay fresh each time. You can sprint through the levels trying to avoid killing or being killed by following a compass at the top of your screen, but you’d also be avoiding collecting all the loot scattered throughout the stages. This also makes it easy to fall into the many traps laid on your path.

I really enjoyed the game for the most part and I have very few gripes with this game. For starters, City of Brass has a day/night cycle. Although this is cool by concept, it makes it hard to see where you are going when you’re in shadows, making it easier for enemies to sneak up on you. Secondly, during attacks I felt like the whip had trouble detecting what I was trying to hit. Whether it was some enemies or setting off environmental traps, it looked like I hit what I was aiming at but there was no reaction to my attack. Again, not a huge issue, but it happened enough that I had to mention it. 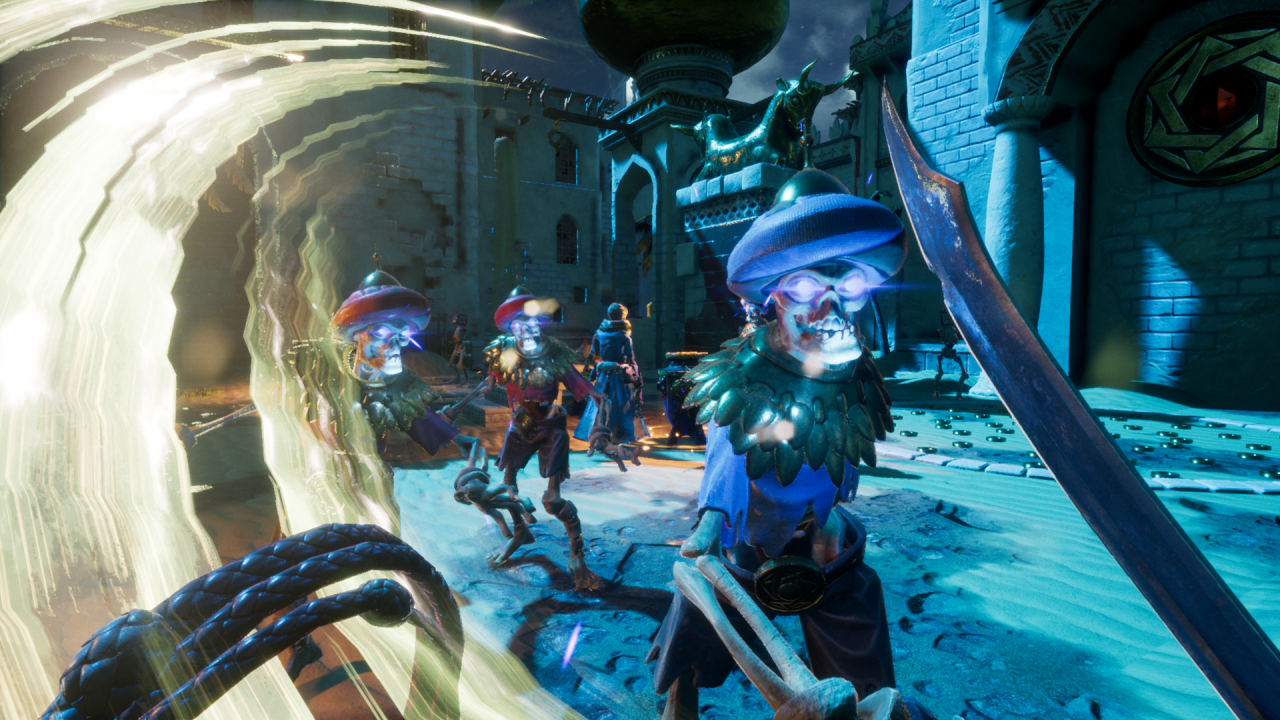 City of Brass was an experience I intend to keep on coming back to. What the game lacks in story, it’s makes up for it with fast paced action and fresh continually changing stages. I enjoyed the difficulty this game offers and I’m sure some players can be turned off by that. So if you’re not afraid of a bit of a challenge I’d recommend giving this game a shot, you’ll be glad you did.