Sometimes, explaining a game can be as easy as just looking at the title. Lightwood Games’ Word Search by POWGI is a word search game. Previously released on the 3DS and WiiU, it is now available on the Nintendo Switch. While it does add online multiplayer, that isn’t enough to make a simple game any more remarkable.

Word Search by POWGI lets you solve 324 puzzles in a variety of categories such as Names, Animals and many others. As is typical of word search, each puzzle requires you to look for words either horizontally, vertically and even diagonally. The game is very forgiving in the way it counts your work, as even if you marked a word from the last letter to the first, it’ll still count it. Using a controller is satisfactory at best, as the cursor speed is rather slow. The touch screen can also be used, and it is a much better option since it is much faster and more intuitive. 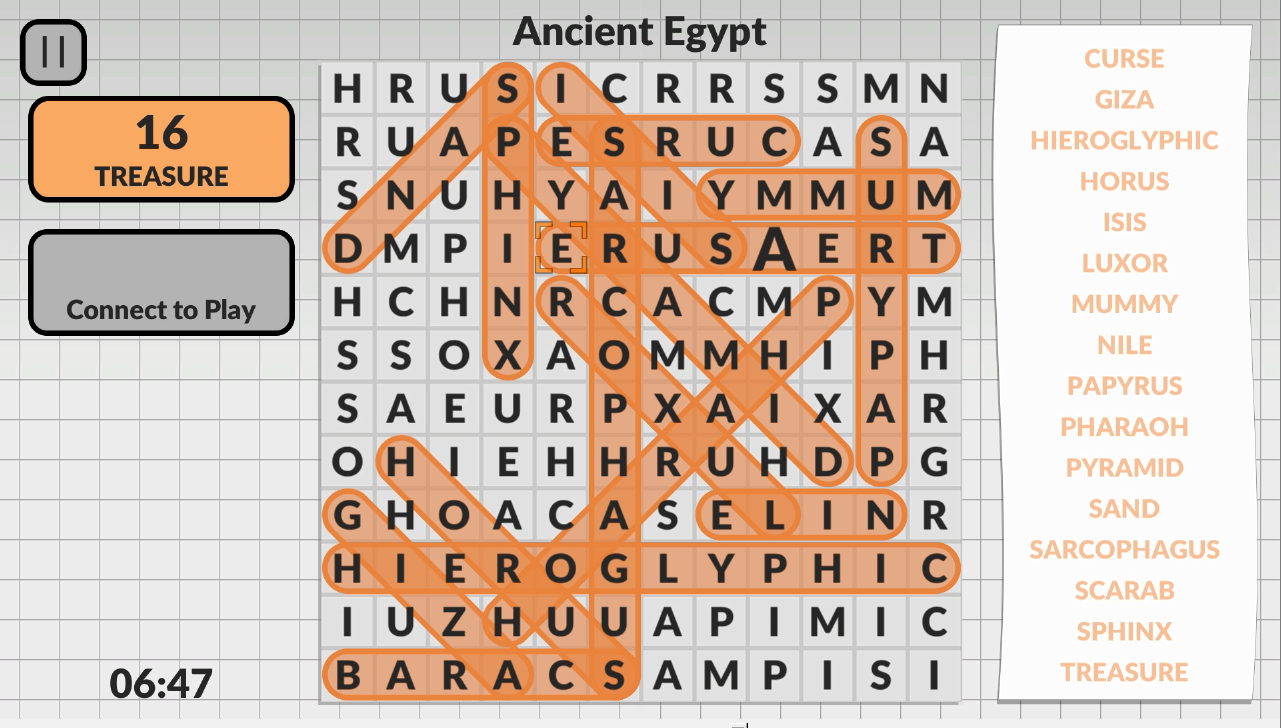 The game also has a couple of multiplayer modes. Local multiplayer returns from the previous versions, but now there is also online multiplayer. Online play is very smooth and lag free. However there are no lobby systems whatsoever. When you connect online you are automatically paired with the first person that is logging in. There is no option to have a private room.

Visually, the white checkerboard background works for a game like this, but it becomes redundant since it’s used throughout the entire game. This could’ve been improved by using a variety of backgrounds with themes based on the crossword topic. The soundtrack is also basic in composition, only using xylophone, keyboards and bass. The tunes are very repetitive and get grating rather quickly, especially since you can’t change the track while in a board. 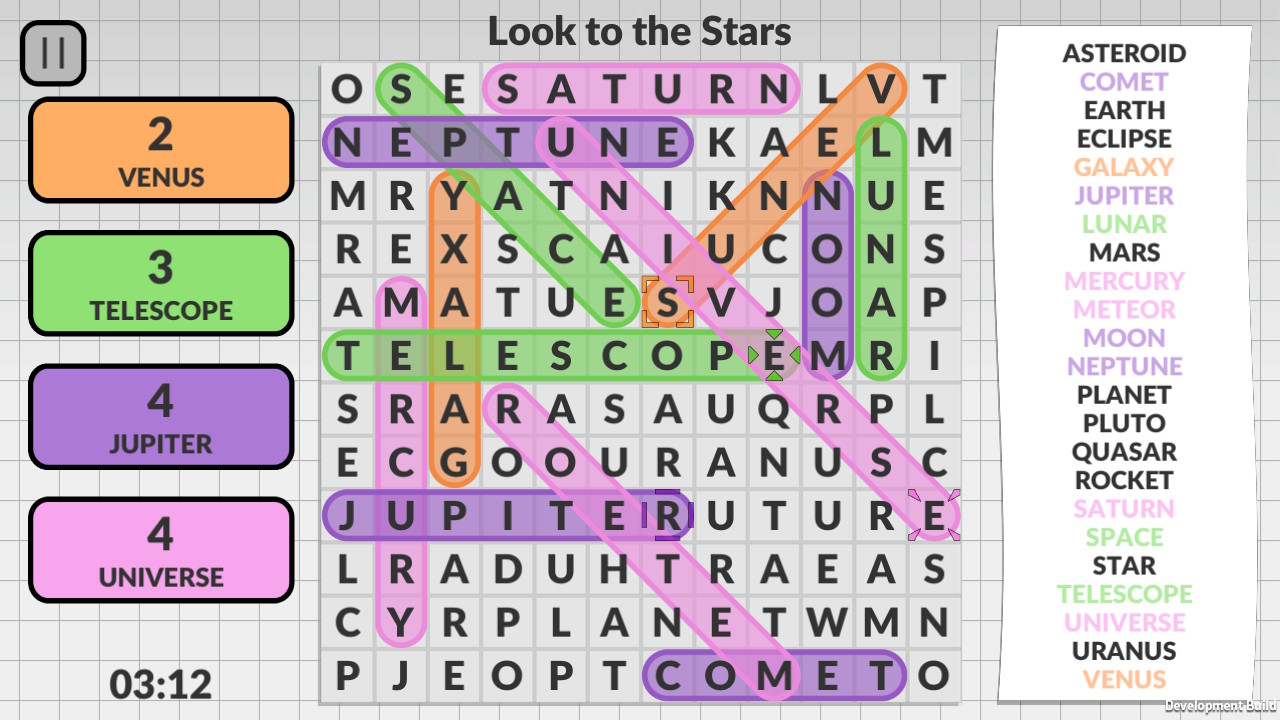 There isn’t much to say about Word Search by POWGI. It’s a game that does the bare minimum to provide a serviceable and affordable virtual word search. The game lacks any sort of unlockable content even after finishing everything, and the dull aesthetics make the experience feel more mundane than it should be. Still, if you do like word search and you carry your Switch everywhere, this game serves well as a quick and efficient time-passer. If anything, it will spare you that space of that extra word search magazine.