There is a certain stigma that looms in the air for a film adapted from a video game. Many franchises have tried and failed to make a quality product. Some have done well financially by taking a different approach, like the Resident Evil film series. Others have done alright with critics, but not enough to be considered award winning. Despite that, studios continue to give it the old college try, hoping one day that they’ll make a hit. Enter Warner Bros. Pictures’ Tomb Raider, based on the 2013 game reboot of the same name. Can they succeed where so many others have failed? 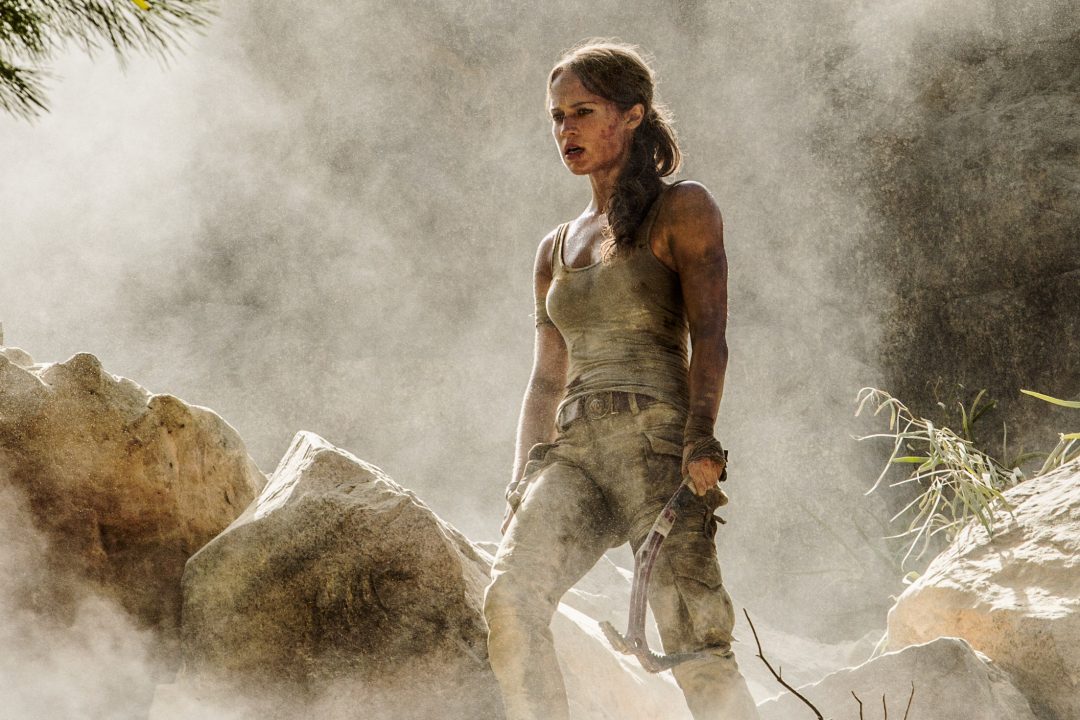 The Tomb Raider franchise isn’t a stranger to live action films. There were two previous films: one in 2001, and another in 2003. Both of those were based on the early games from the series and starred Angelina Jolie as Lara Croft. Despite being more or less panned by critics, Angelina Jolie created a bigger recognition for the iconic character. With the games taking a different direction starting in 2013, it felt right that the films would too. This meant finding a new Lara, and Academy Award winner Alicia Vikander stepped up to take the role.

It’s clear from the start of the film that Vikander is giving it her all in this performance. As a talented actress, she does a great job portraying Lara’s resourcefulness, recklessness, and ingenuity. Part of playing this character means to be somewhat stoic, but also vulnerable. Vikander manages to portray this in multiple scenes, showing a wide range in her acting ability. Even in the weaker moments of the film, Vikander always maintains a good presence on screen. She really is a solid choice to play Lara Croft for a new Tomb Raider film franchise. 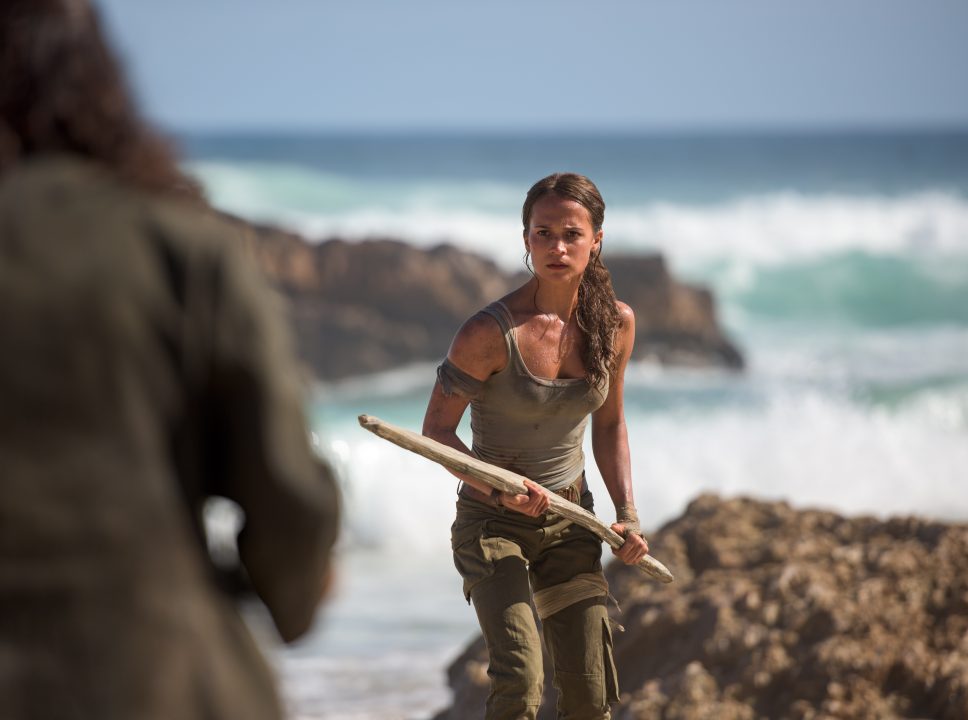 The film takes a lot from the 2013 game, including some sequences that are practically shot for shot. Despite that, it does take some liberties with exploring Lara’s background more. Lara is the daughter of Richard Croft, owner of a holding company who mysteriously disappears seven years prior to the story. When we first meet Lara, she’s a stubborn girl who refuses to accept the inheritance her father leaves her. She’s working as a bike courier by choice and often getting herself into trouble. People close to her try to help her live up to her namesake, but she prefers to make a name for herself.

When she receives a mysterious key and a riddle, she discovers the Himiko project, a major plot point from the game with a slight twist. It also happens to be a big clue as to what her father was really up to. Finding out her father’s last known whereabouts, the island of Yamatai, she willingly takes up the call to adventure. Traveling to Hong Kong where her father hired a ship captain, she meets Lu Ren (Daniel Wu). After a bit of exposition, they’re suddenly traveling to Yamatai using Lu Ren’s boat, the Endurance. This is notably different from the game, as Lara traveled with a full crew in that scenario. This gives Daniel Wu’s character more significance, even if his connection to Lara happens a little too quickly. His character is a bit rushed, but the charm and heart can still be seen in Wu’s performance. 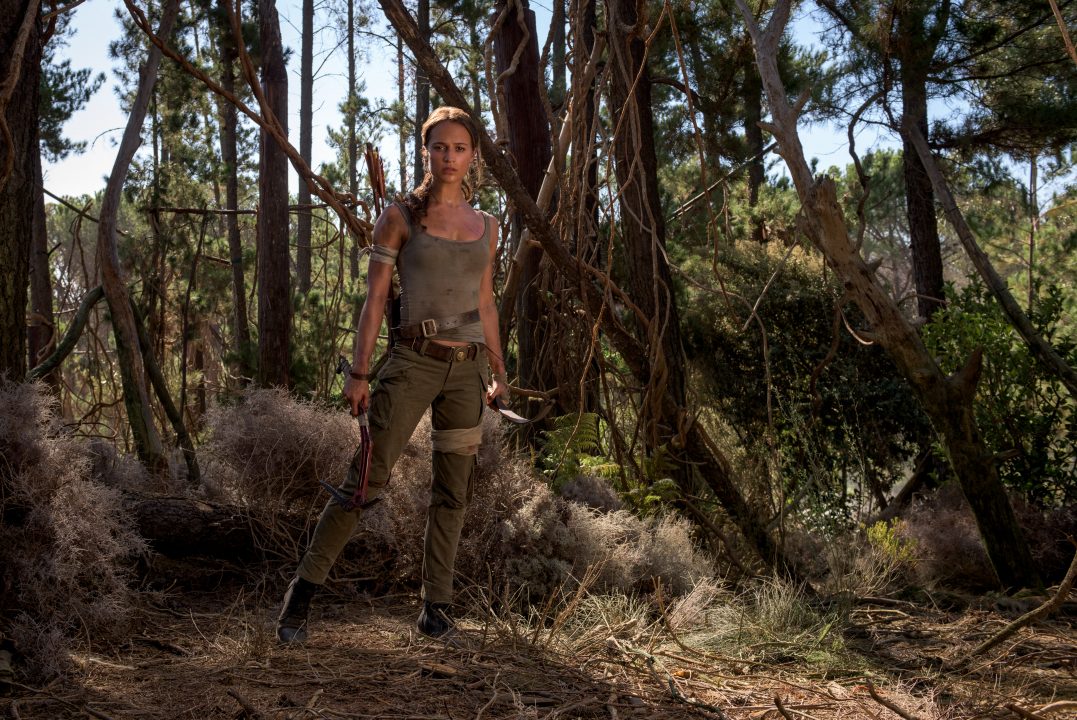 Upon getting to Yamatai, Lara has to go through several ordeals as the pacing goes into overdrive. While not fully utilizing the game’s survival aspect, she still struggles with the dangers of her environment. Even more so when she comes up against the forces of the Trinity organization, lead by Mathias Vogel (Walton Goggins). Goggins makes an intimidating and somewhat unpredictable villain, never relenting in his disregard for human life. One particular early scene allows him to demonstrate just what kind of villain he is, and his performance definitely contributes to this.

Lara’s father gets referenced a lot in the film, trying to establish a father-daughter relationship theme throughout. It falls a little short in some areas but still shines through in others. Dominic West does a fine job portraying Richard Croft, giving us a bit more background with the character than we’ve seen before. His flashback moments with a young Lara do well to show just how she develops as a person. It would’ve helped to see a couple more flashbacks, as the film never really establishes how Lara becomes so proficient with puzzles. She solves several puzzles throughout the film, but it’s almost like a passive ability that never gets truly explained.

Even though the film was mostly enjoyable, there is one particular issue that was constant throughout my advanced screening. It’s very possible that it was due to the projector, but the movie was exceedingly dark in various scenes. There were moments that were practically pitch black, making some of the actions hard to detect. This is especially noticeable during night scenes, with nothing but moonlight to give forms their shape. Again, this is potentially due to the projector, as trailers didn’t seem to be quite as dark. Luckily the majority of the film takes place during the day, giving a lot of the action scenes and stunt work plenty of time to shine.

While far from perfect, the film does well with the source material, even with the tweaks to the story. With a strong female lead and an intimidating villain, Tomb Raider manages to do better than the rest. One could argue that this could be the best video game adaptation on film. Though there are some pacing problems and glossed over details, the overall experience is a fun ride. Alicia Vikander gives Lara life, and thanks mostly to her near-perfect performance, this movie succeeds. It may not win any awards, but it has potential to do well as a series. As long as Alicia Vikander is on board, fans will have a lot less to worry about.