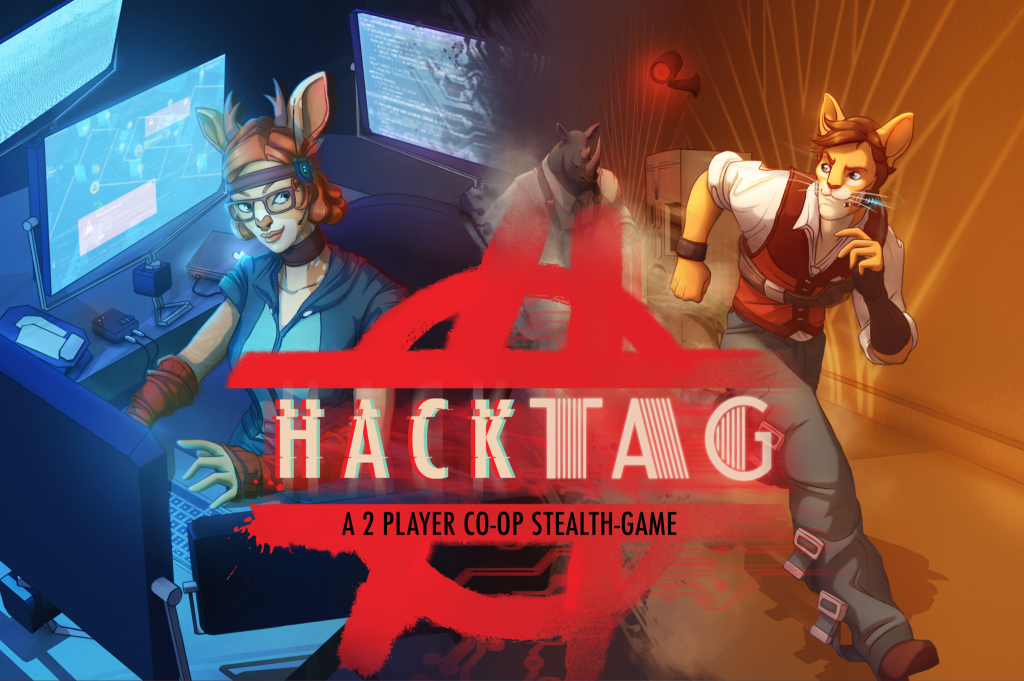 While you infiltrate multiple buildings, you may wonder; How does the recently released co-op stealth title, Hacktag, stand up as a game?

The story is likely something you’ve seen before, if not in games, in movies. Two thieves are infiltrating buildings, one physically, and one remotely. The physical agent can and will tend to get into trouble, while his partner comes over and advises that she has opened up a new path to take.

The gameplay is where it really shines and captures the feeling of teamwork necessary. You and a partner (or solo, if you play both roles) will decide whether you wish to be the Stealth Agent, who physically infiltrates the building, or the Hacker, who electronically infiltrates. The Stealth Agent needs to unlock different firewall points found within so that the Hacker can advance to the next portion of the network. Meanwhile, the Hacker is unlocking various doors for the Stealth Agent so that he can advance through the building itself. 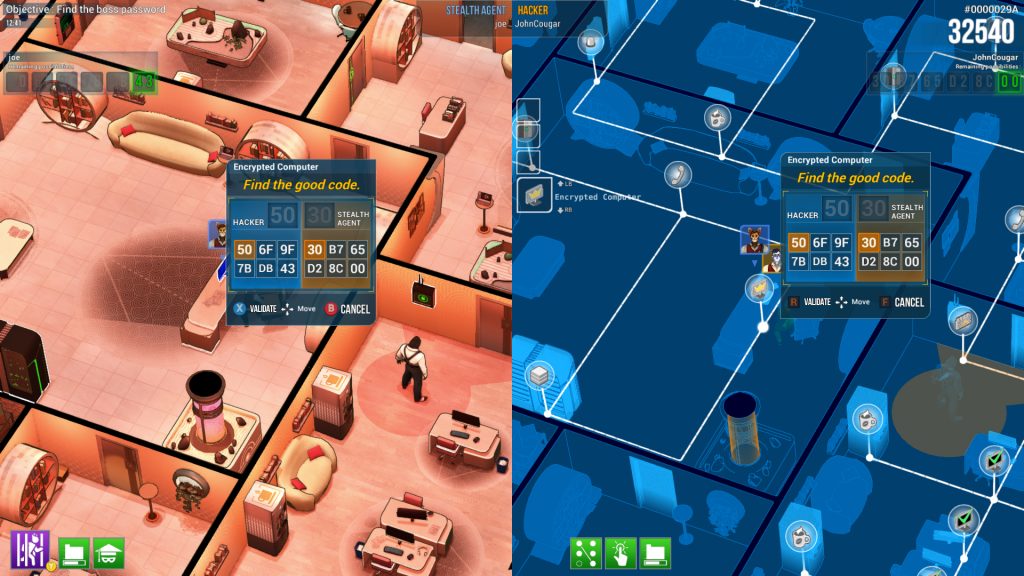 It sounds simple enough, but do not go in unprepared to face any dangers. The Hacker will have a host of antivirus software to contend with, as well as scanners that go through the network along set paths and secure it. If you are caught by the antivirus, then you will be quarantined in a server node and forced to rely on your partner to manually free you before the imprisonment timer ends and takes you out. 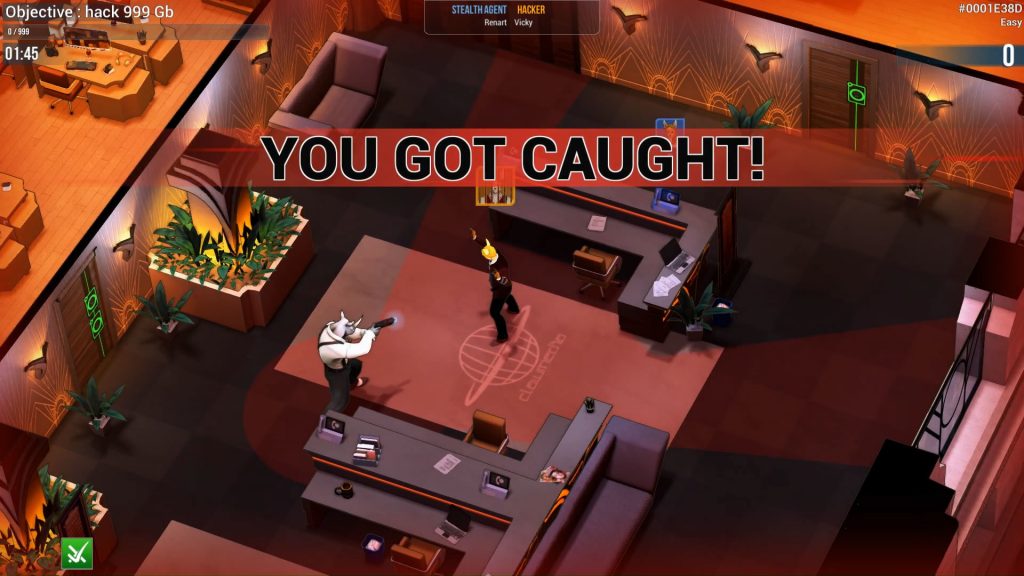 The Stealth Agent has to deal with guards patrolling the area. If these guards manage to capture you then you will wind up in the same situation as the Hacker when caught by the antivirus, and your partner will need to free you. 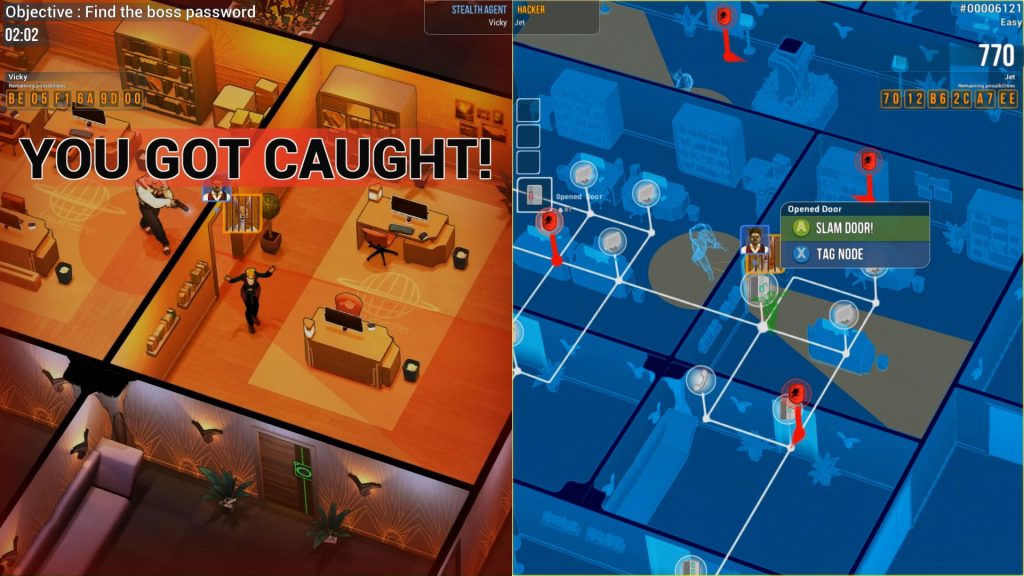 As you can tell, you will really need to work together with your partner in order to successfully pull off your missions. Your physical partner (or you, if you’ve taken on the physical role) can stop the antivirus and other scanners when the Stealth Agent is at the node its patrolling, stopping it for a few seconds. The Hacker, meanwhile, can turn off the various cameras, lure guards away with phone calls, and even slam doors on people walking through them. 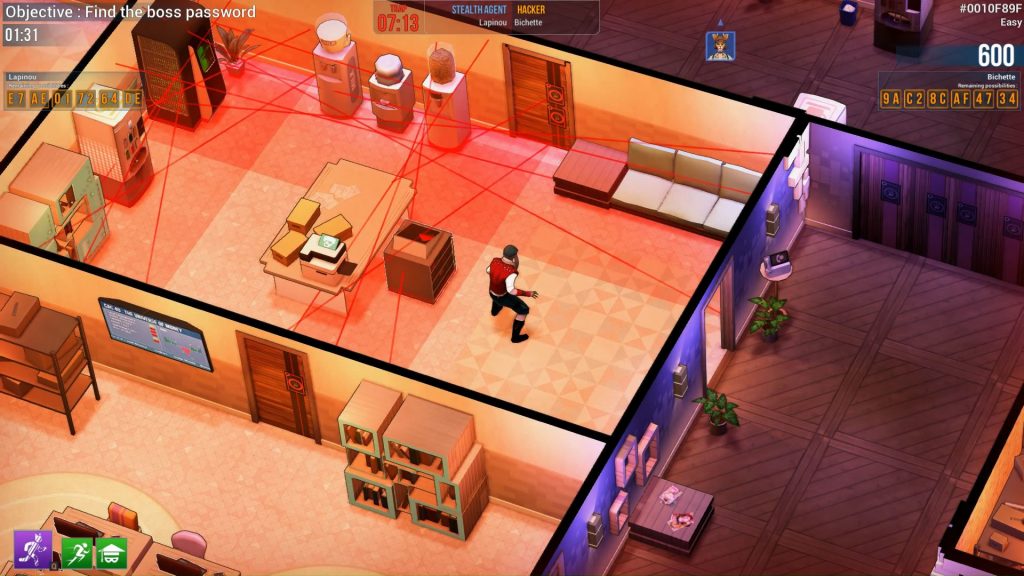 As you will likely guess, communication between you and your partner is key, so you may prefer voice chat. When you take into account that the world is seen differently depending on which role you play as and this becomes even more important.

As you complete missions you can gain Loot Safes, which grant cosmetics for your characters. These include different colors and accessories, as well as different fur patterns that you can utilize during character creation.

The game features an art style of anthropomorphic characters and isometric levels, and they honestly combine into quite a decent looking game. The soundtrack is also quite nice.

Honestly, the game creates an interesting setup, particularly when you combine the different functions of the Hacker and Stealth Agent.  With procedurally generated levels, it can definitely provide hours of fun for you and a pal.