I feel like you’ve just gotten sort of lost. Do you feel lost? Confused? Maybe like you don’t really recognize yourself anymore? Because I certainly see it, and I think others do too. Little to no coherency in storytelling, assuming a brand new player will automatically understand every finite aspect of a game they’ve never touched before, sectioning parts of yourself off from the retail game solely so they can be sold individually down the road despite being part of the actual retail game to begin with. These aren’t things you should be doing, sweetheart. These are things that make people hate you, and right now, I really hate you.

About a year ago, I went and picked up an old copy via Ebay of the 360 version of Prince Of Persia. I tried to play it when it came out, and…well…I think the fact that I was trying to play it again sort of speaks volumes to begin with. Clearly I was null impressed with it the first time around. I keep doing this to myself. I buy these games I think I’ll like, knowing full well I hate them, because I think “Well, enough time has passed now, perhaps I’ll enjoy them now!” and I…never do. Red Dead Redemption. Prince Of Persia. Every single Call Of Duty game that wasn’t Modern Warfare 1 through 3. Games that are so critically acclaimed that I have to look at myself and think “Clearly there is something wrong with me! Everyone else loved these!” but…but I don’t think that’s true anymore. No. I don’t think the problem, at least for all of them, lies within me. Some just aren’t my sort of thing, like Red Dead, and I accept that. It’s a fine piece of work, it’s just not for me. I personally think it’s a bland, boring overrated title, but I can see why others enjoy it and as an artist myself, I can see the work that went into it, and it’s pretty impressive. But these other games… 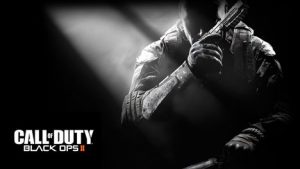 I recently beat through Black Ops and am currently playing through Black Ops 2. I challenge anyone reading this to leave a comment and tell me, from beginning to end, what the ever living shit that game is about. Just start telling me the plot, the whole thing, just sit down and weave me the entire narrative. You can’t. You know why? Because those games make absolutely no goddamned sense. Prince Of Persia is a giant masturbatory painting presented as a video game. It’s nothing but art direction and music. It’s a goddamned interactive laser light show, is what it is. I don’t mind when titles like Assassins Creed or, hell, even Red Dead, tell me “Hey, this an open world game, go have fun and explore” because those same titles also tell you, “Here’s the plot if you want to do that, but you don’t have to right now.” That’s where Prince Of Persia lies in fault. It’s another game in an ever increasing list of games that drops a brand new player into a world they’ve never experienced, and expects them to know exactly what to do and where to go. That isn’t how this works, guys. I’m starting to question where game developers even play video games.

I’m taking some of the blame here. I am. I recognize that for some titles, the fault is in me. Red Dead Redemption just ain’t my cup of tea. I accept that. But things like Black Ops and Prince Of Persia, these incoherent messes that promise fulfilling plots and characters (okay okay, CoD has NEVER been about plot or characters, but at least these later additions have the decency to lie to their players and make them think it’s got plot and characters) and instead give you just another jumbled, mish mash of too many ideas from too many people trying to make too. many. games. That’s the problem. You’ve got Black Ops 2 trying to be Mass Effect 2 with it’s branching storylines and it’s sidequests that dictate how the end of the game goes, but guess what, in ME2 those mattered. You cared about those. The strike force missions in BO2? Those are nothing more than Treyarch’s watered down Spec Ops that “matter” to the “story”. None of this is true. They don’t matter because there is no story. Maybe if you gave me fully realized characters to feel for and care about, perhaps I could take your plot, what little sense I can make of it, seriously, but you don’t.

I am so tired, you guys. I am so utterly tired of video games that don’t care about doing anything. About video games that are nothing but an explosive mess from too many people trying to cram too many ideas into one game. I am so tired of people who have nothing whatsoever to say trying to say “deep” or “insightful” things or trying to tell a story they can’t even make entertaining enough to their toddlers. For god sakes, I played Gone Home last year and in the 3 or so hours it took me to finish basically a walking simulator, I had a more immersive, emotionally driven story in that one night than I have had in modern mainstream gaming in the last 5 years. I think though, what’s really to blame, is that I played Night In The Woods. 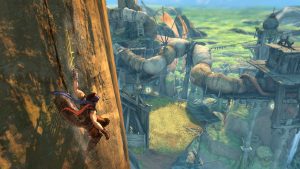 Night In The Woods isn’t really a video game, let’s get that clear right off the bat. Think of it more as a interactive movie or a visual novel with slight gameplay elements like platforming and minigames. But because of this, because of both of these titles, I have become so damn spoiled with, like, PLOT. You know, that thing makes stuff interesting? And I’m not saying you can’t enjoy something mindless, okay? Hell, Left 4 Dead is one of the most honestly mindless, plotless games ever made (I know there is some story there, but come on, it’s not the focus) and yet it is a friggin blast. So I’m not saying you can’t enjoy that, but if you’re going to make a game like that, don’t try and give me something else instead. Don’t try and pass off this mindless pile of junk as a plot driven or emotionally engaging story. Just tell me straight up from the get go, this is about shooting bad guys in the head. I think we’ll all get along better the sooner the gaming industry stops lying to us about things.

Until then, I’ll just over here, playing walking simulators and actually enjoying myself.