This past Wednesday, the award-winning co-op stealth game, Hacktag, was released, allowing one or two players to take down corporations together or solo.

The game is set in 2029 in a parallel world that is populated by anthropomorphic animals. One player takes on the role of the field agent, while the other is a hacker that has virtually infiltrated the location. You two are hired on as mercenaries by competing corporations, and though you work together to carry out the espionage missions either online or locally, you also have an element of competition to spice things up even more. 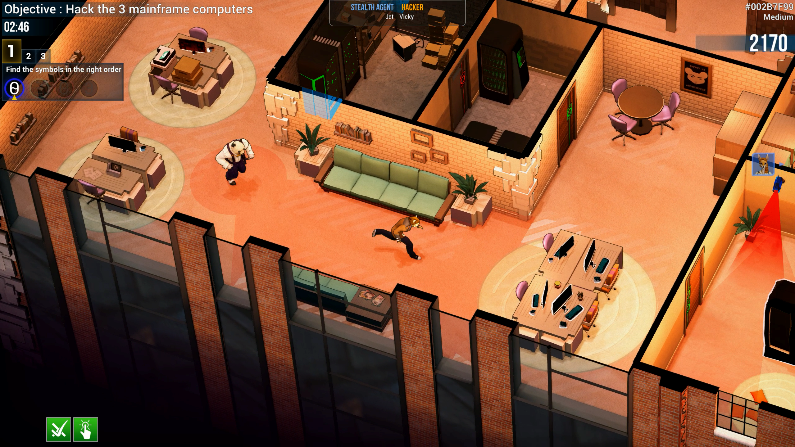 Marine Lemaitre Freland, CEO and Co-Founder of Piece of Cake Studios, stated, “We formed Piece of Cake Studios so we could play games together, and Hacktag is designed to be a truly fun co-op experience that’s very intuitive while providing exciting challenges. Whether you’re a game-playing couple, buddies looking for a new couch co-op game, or a solo gamer, we hope Hacktag makes your Valentine’s Day more enjoyable.”

Are you eager to dive into the world of competing corporations as mercenaries?