Review | Batman: The Enemy Within – Episode Four: What Ails You

It’s been a little under two months since we last visited Telltale’s version of Gotham City. No matter the choice made at the end of episode three, there was going to be an interesting cliffhanger. Episode four, What Ails You, gets the ball rolling as it tries to fix one of the bigger issues of the season, the lack of Batman. As the penultimate episode of the season, it has a lot riding on it to set up a good finale, so how does it do? Since this is a narrative focused game, there may be minor spoilers. Reader discretion is advised.

Depending on the last decision of the third episode, players may either find their cover in the Pact blown or on a mission. If players chose to reveal themselves, it gives them the chance to don the cape and cowl. Batman has been pretty absent for much of the season, as mentioned in our review for episode three. It felt good to take the fight to the various villains of Gotham once again, giving some well choreographed fight scenes. The fight sequences even use new quick-time events where Batman will hit multiple buttons to target his enemies with Batarangs. 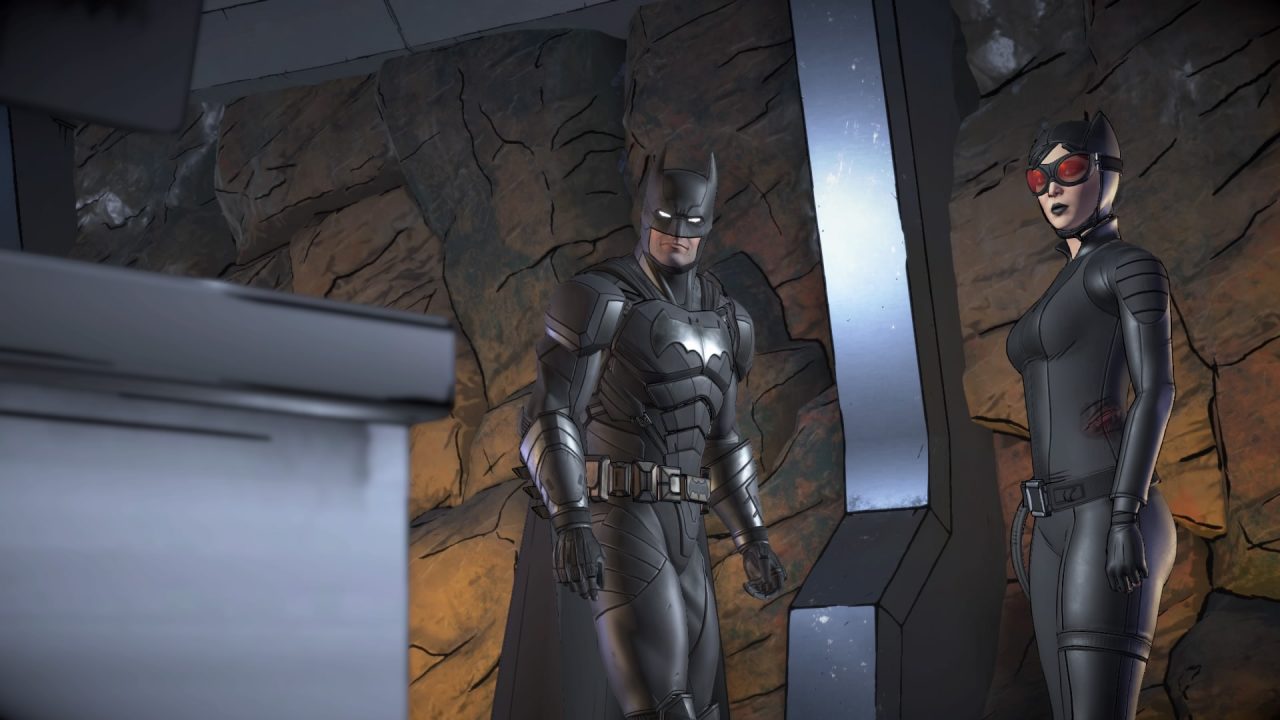 The other option has Bruce still undercover, which means to maintain his cover, he doesn’t put on the suit. He still gets to do some cool moves, but this route potentially means no Batman in the whole episode. Batman may not have been a huge part of the season, but he would show up at least once in every episode, and this episode makes it possible for him to never show up. Hopefully, the finale gives plenty of Batman as the plot thickens and gets closer to completion.

The continued imbalance of Batman and Bruce Wayne aside, this episode does do one thing extremely well. John Doe gets a true moment to shine here, and depending on how players have interacted with him, the results show here. What Ails You basically lets us shape our own Joker. Anthony Ingruber provides a performance of a lifetime as he makes John a true sight to behold. Whether we choose to believe in him or to betray his trust, these choices determine just what kind of person John becomes. 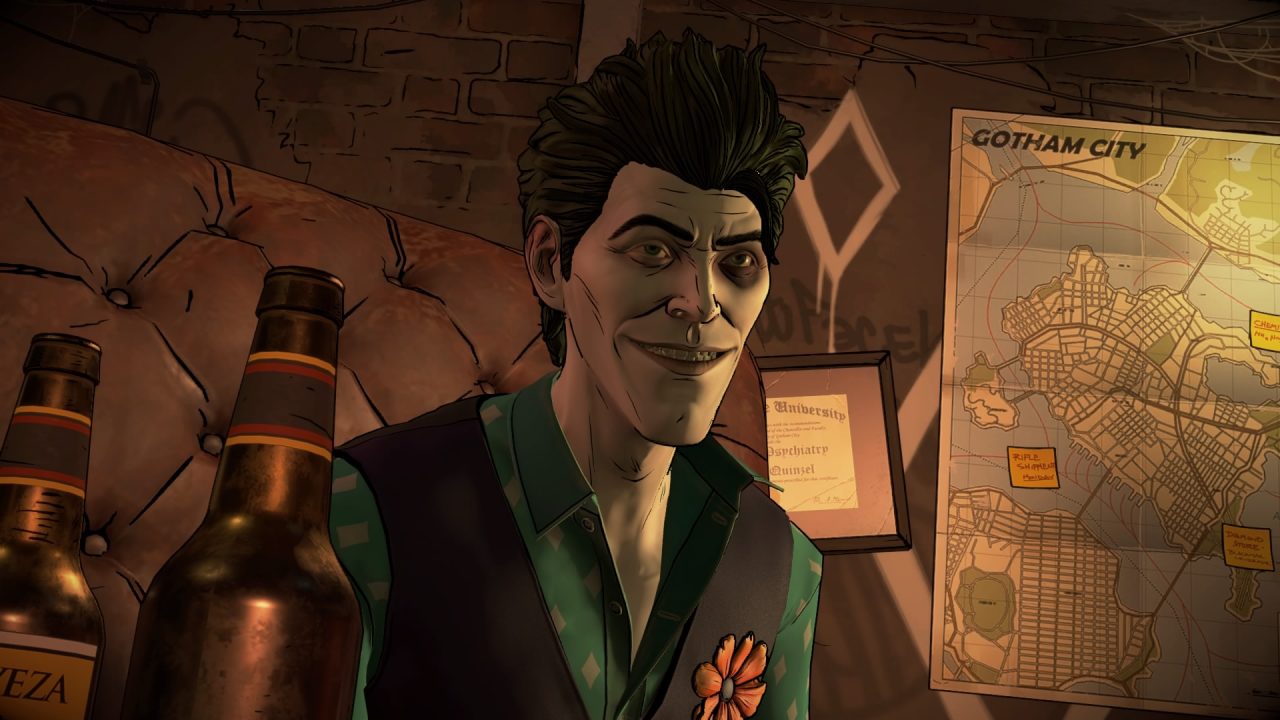 The Joker has always been a highlight of the Batman mythos. Without the character, the Batman stories would be far less interesting, and this story is no different. Various revelations aside, playing with the character allowed Telltale to do some cool things with this episode. One sequence involves moving through an abandoned funhouse, creating an unsettling yet fitting atmosphere. Environments in general were pretty varied, as the presentation of this episode was top notch.

One thing of note was the fact that this episode didn’t really feature a detective sequence. There is a couple brief moments where players must explore a room to progress, but connecting clues was completely absent. With What Ails You being the second to last episode, it makes us wonder what the pace will be like for the season finale. It’s exciting to think of, especially with how the story unfolds. 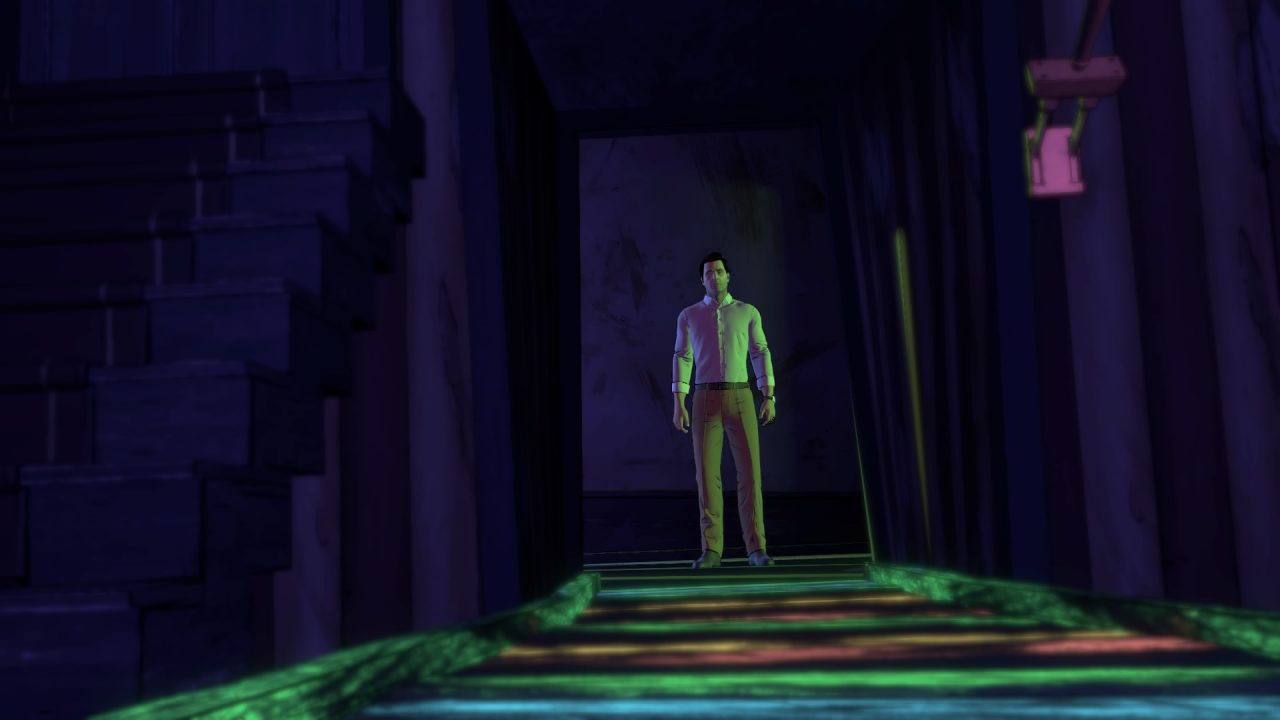 This episode does great to finally bring Batman back into the picture, even if only for a small segment. Regardless of how long Batman is in the episode, Telltale did well to focus on developing John. It makes this episode truly special and it really makes for a compelling character. The relationship between Bruce and John continues to blossom based on the choices of the player, and it shows here. Even with some slight shortcomings, What Ails You is a good way to lead into the season finale.