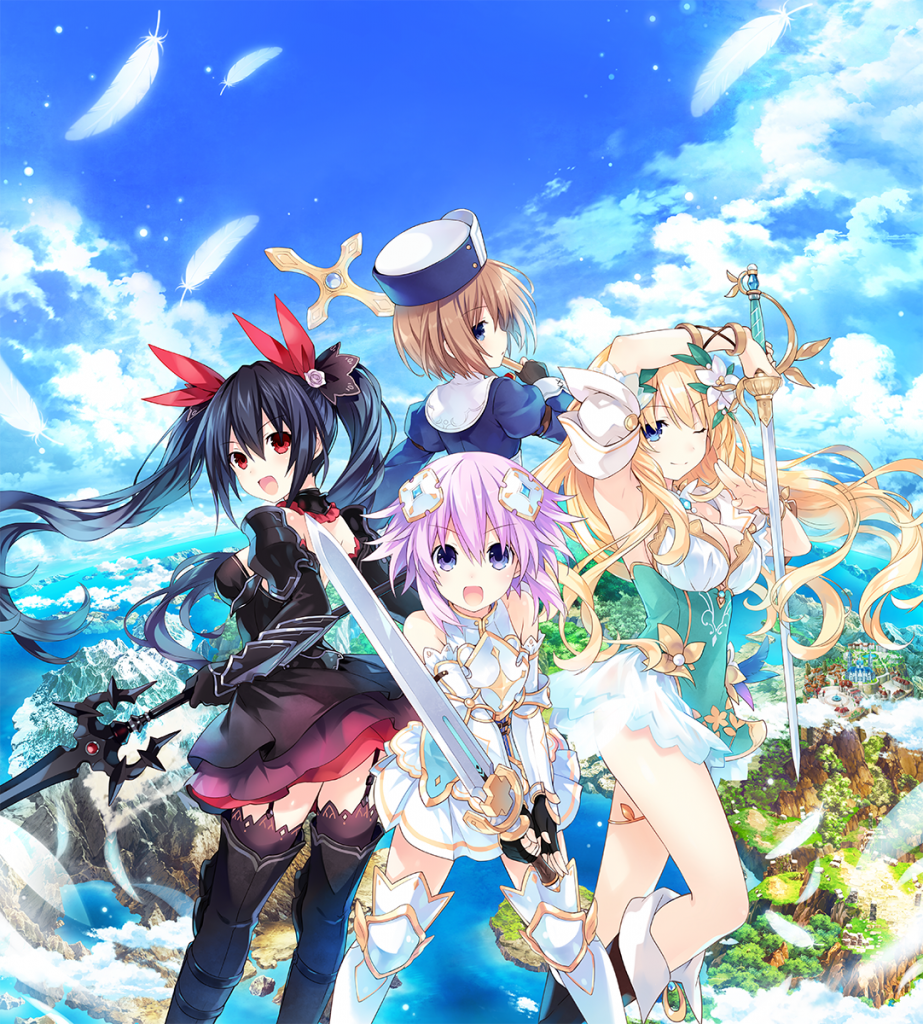 Having finished the latest entry in the popular Neptunia series, it’s time to judge how the foray into the land of massively multiplayer online, or rather games that emulate such titles (such as the .Hack series) holds up. Will the Goddesses continue to wow, or will they fall short in this latest entry?

The story of Cyberdimension Neptunia: 4 Goddesses Online centers around the four CPUs, who have gotten together to play a new MMORPG that is still in the beta phase. Neptune, Noire, Blanc, and Vert are all joined by their respective sisters and other characters from the series, such as IF and Compa.

As they do know that they are playing the game in question, there will be even more fourth-wall breaking humour than in prior titles, as it essentially has two titles with which to break down the wall. For instance, they will talk with each other about their world and more. 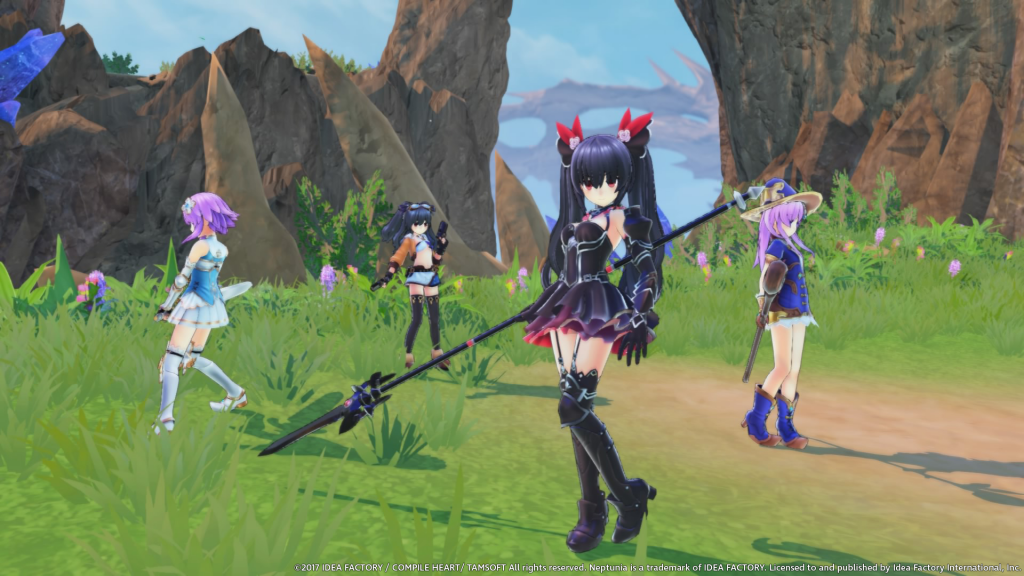 This humour allows them to effectively poke at many of the weaknesses of the genre it is mocking, as is usual for the series. If you’re a player who loves immersion, then you may be disappointed, however, as it also purposefully the flaws of typical games in the MMO genre that can really prevent any sort of deep immersion.

As you adventure in the world, you will, as fans of the series have come to expect, come across quite a bit of fan service. It should be noted that in this title, however, there is even more than usual, which is accompanied by fourth wall breaking commentary in many cases. Those who love it and want to pause the game to take pictures, as they could in prior titles, may be disappointed to learn that you cannot do so in this title. Honestly, once again, this fits with the genre, as you cannot pause an MMO. 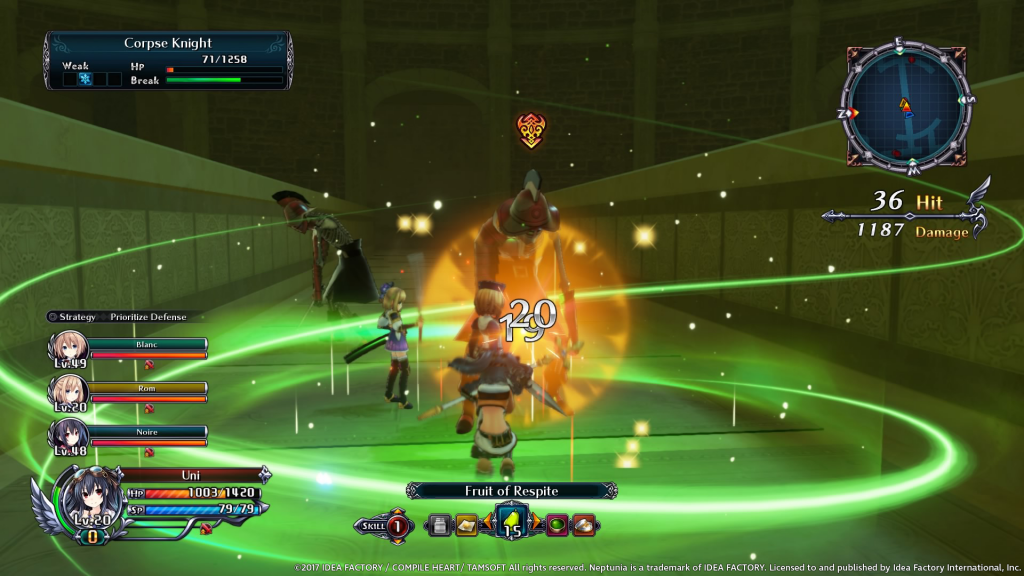 Once you begin combat, you will soon discover that Cyberdimension Neptunia features a typical MMO-style combat system. As such, it can honestly feel like nothing more than mindless button mashing at first. As you get deeper, however, you begin to unlock new skills, which decreases this feeling and really begins to open up some interesting combinations. It may not be as deep as many would like, but it is there and makes it more enjoyable as you unlock new skills.

The action is quite clean and dynamic, as enemies and allies assault each other relentlessly and fill the screen. As with many MMOs, you’ll likely want to keep a closer eye on your character health to determine when to accurately utilize healing spells over the action actually occurring on the screen. 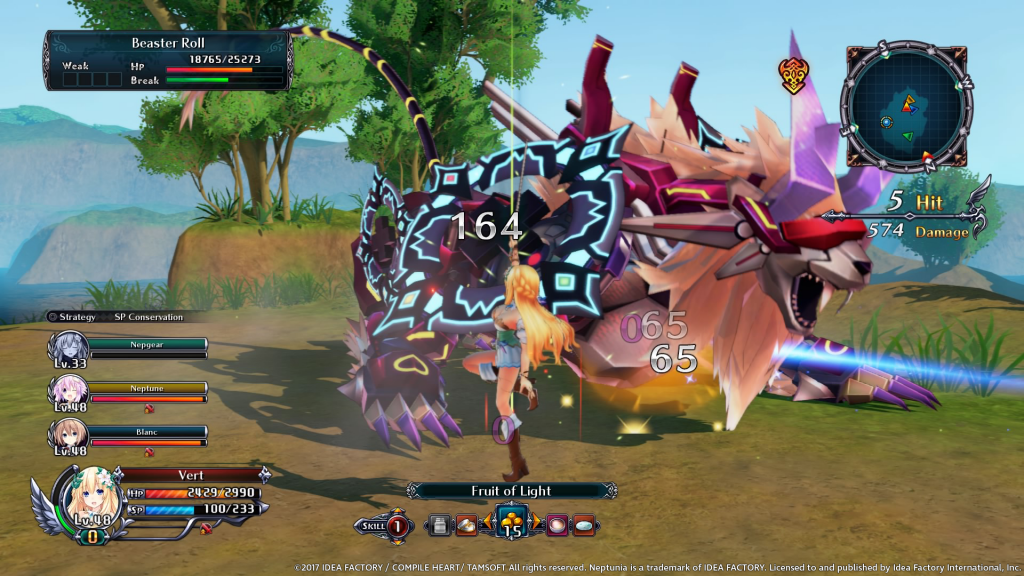 Keeping in with the MMO style are the graphics of the game. It truly looks like an MMO, even though it is a single player game, and it is honestly quite pleasing to look at. Fans can also expect that the soundtrack, as usual, is quite good for the most part.

When all’s said and done, Cyberdimension Neptunia honestly comes together in an interesting little package that ends up being quite fun, even though the elements individually don’t sound like they would be. If you want to avoid fan service, you probably will have no interest in this game (but then, if fan service turns you off that badly, it’s unlikely that you would enjoy any Neptunia title), but if you can get past those inhibitions you should find a fun, humour-filled title.