It’s been an interesting season for Batman: The Telltale Series. As the second season, Batman: The Enemy Within has been exploring more of Telltale’s version of Gotham City while still keeping connections to the first season. Being just over halfway through the season, the third episode, Fractured Mask, starts to bring up interesting questions. Who is the “enemy within”? And how are our choices really affecting the story? Since this is a narrative focused game, this review may contain minor spoilers, so reader discretion is advised. 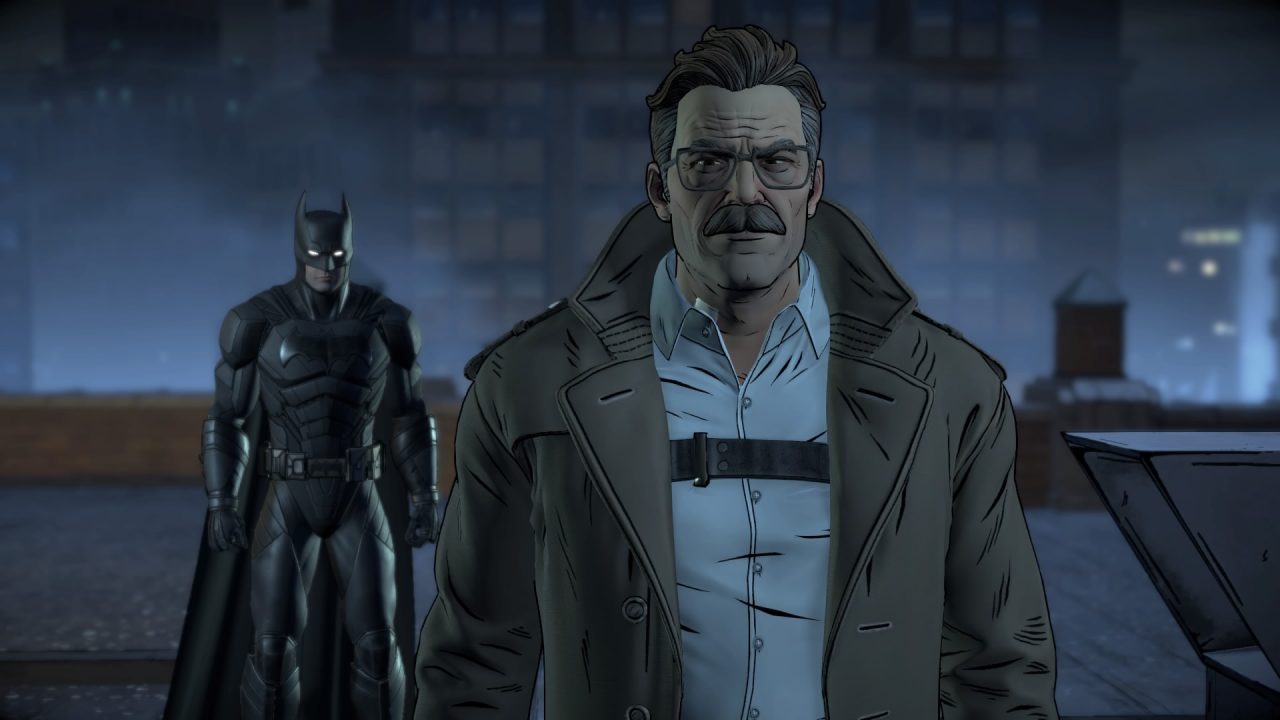 Fractured Mask leaves off right after the events of episode two, The Pact, as a familiar face enters the fray. Bruce continues his undercover operation in the criminal underbelly of Gotham under Amanda Waller’s orders. No matter how smart Bruce is, there are a lot of tricky situations presented to him in this episode. These situations can also affect certain relationships that can really make or break how others see him. Telltale truly made it so that the episode would have some very difficult decisions this time.

Getting back to the question of who the enemy within actually is, there seem to be multiple answers. Bruce being undercover within the ranks of the Pact seems to make him a likely answer. Then we have Amanda Waller, the leader of the Agency. Her high profile status gives her a lot of power, which she can abuse at any moment in time. Last but not least, we have John Doe, or the Joker if we’re being honest. John has been more of an ally throughout the season, but this episode reveals more about him than we ever knew. While only one might be the true enemy within, it brings a nice theme to this season. 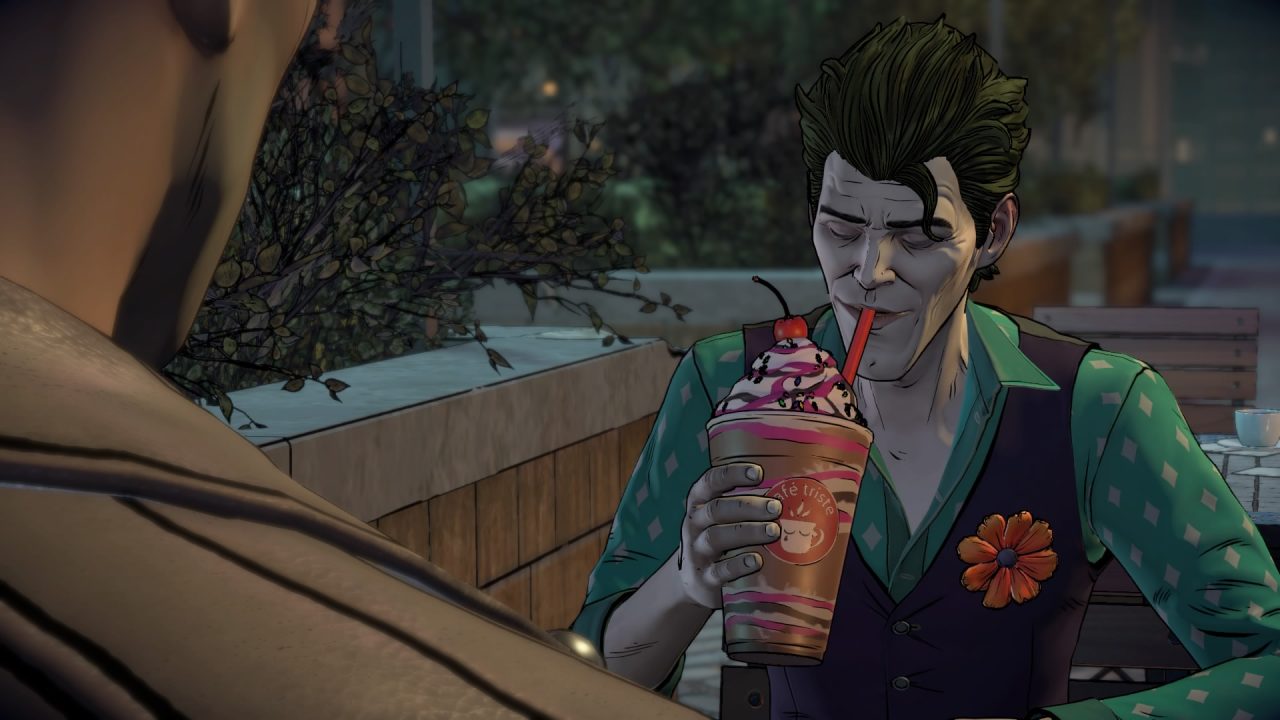 Several of our choices throughout the season start to show their weight here as we discover the Pact’s end goal. Fractured Mask has some excellent writing that caters well to some of the most notable scenes in the series. There is one great exchange with John that shows the actors clearly had some fun with this one. Troy Baker and Anthony Ingruber, who play Bruce Wayne and John Doe respectively, deserve lots of praise for their performances. The rest of the voice actors do well too, but Laura Post is a special stand out for her continued performance as Harley Quinn. She shows a lot of range with this character and it brings more depth to a character that’s typically used to being comic relief.

The undercover role Bruce plays is starting to wear thin, giving us very little Batman in the process. While it’s enjoyable to play as Bruce for the most part, he feels a lot more restricted in many moments. He can’t reveal his identity as Batman unless it’s absolutely necessary, but he also has to put on an act. However long the player can do that will likely play into the next episode, which seems to promise big moments. It does continue to mold our own Bruce Wayne though, crafting the character into our ideal version or into something we would never expect. 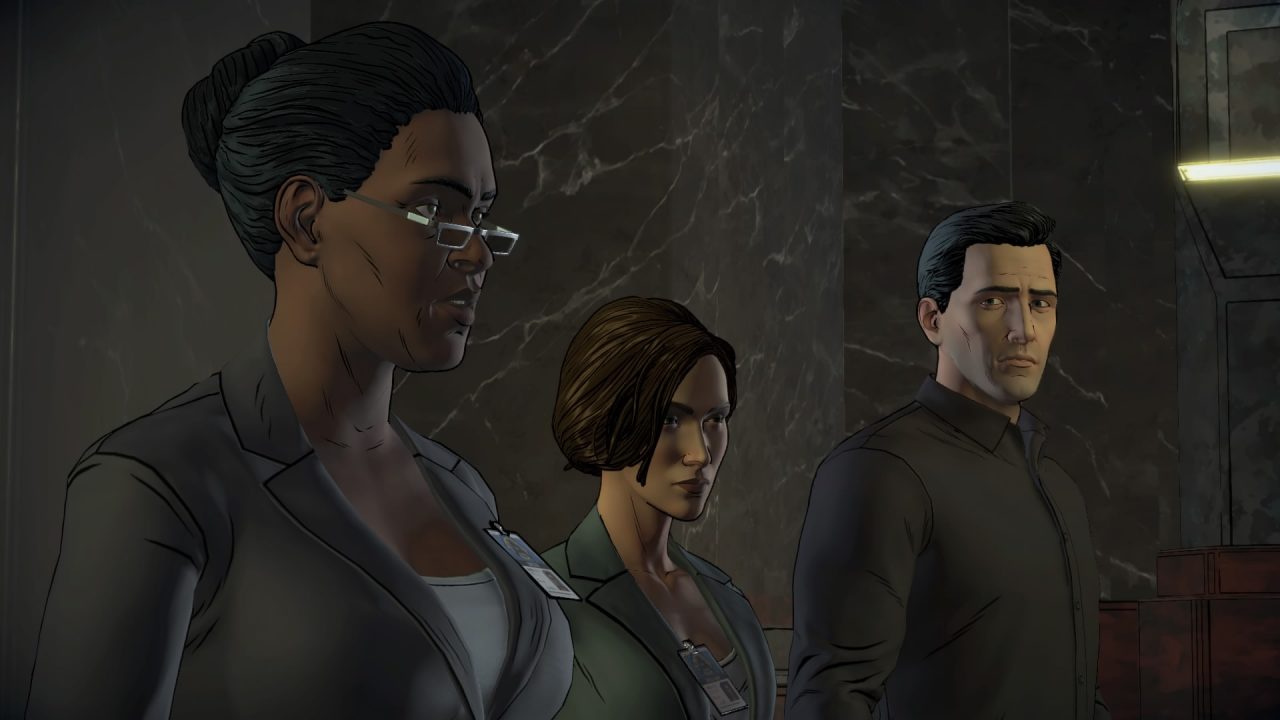 Action sequences are well choreographed in this episode, as movements are clear and distinct with fluid animation. Fights seem interesting and engaging, and even offer a bit of humor in a couple situations. Considering that Bruce has been holding off from fighting the villains before him gives a lot of potential. Seeing the villains while in their inner circle helps to give an interesting outlook in their lives. There’s a certain rematch in particular that I’m really looking forward to, assuming the story goes in a certain direction. Overall, the tension is brewing between these characters, and it might make for a more interesting showdown when Batman finally appears.

Fractured Mask has a lot of great moments, but it’s held back by the limitation of staying as Bruce Wayne. While it’s not a bad direction for the series, it definitely makes one crave a bit more Batman. It feels like the ending of the season will be a lot more Batman focused with the way things are going. It’s actually exciting to think about considering how little Batman has focused on the villains after the Riddler in The Enigma. Aside from a couple brief scuffles and some investigative work, Batman has been more of a ghost this season. 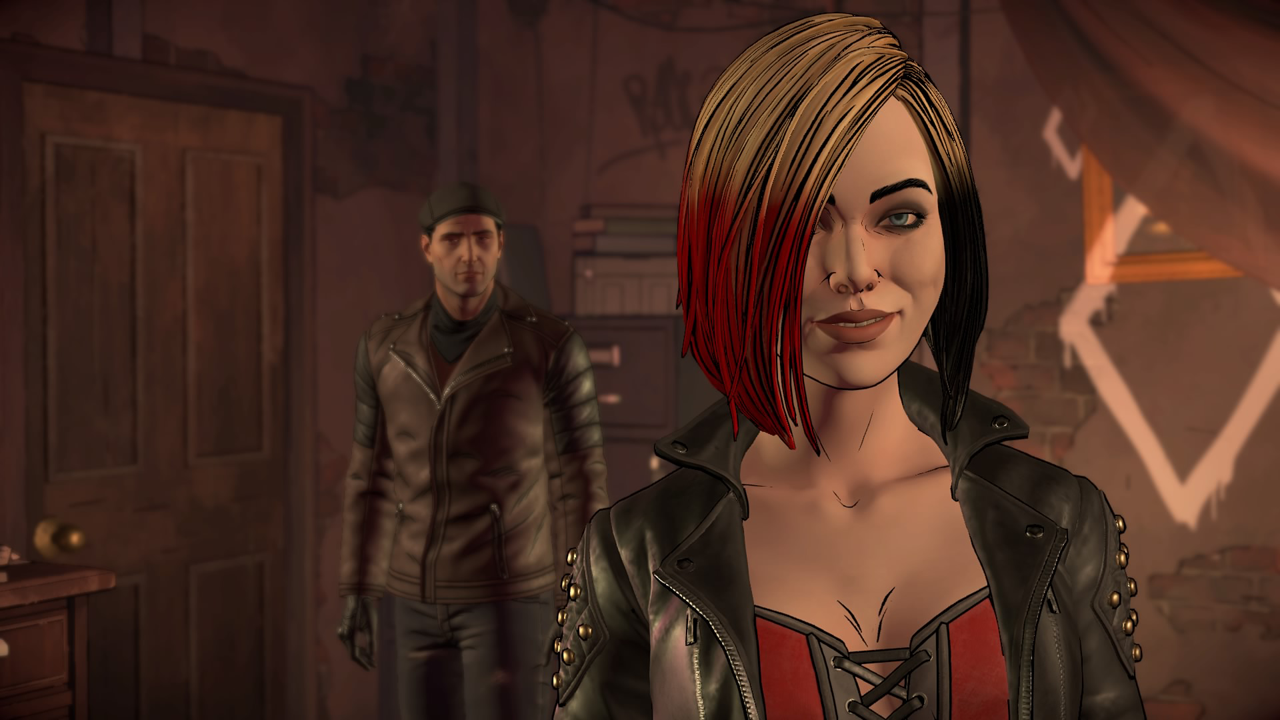 Overall, Fractured Mask does everything well on it’s own, but it serves as a reminder for the season. Over halfway in and we haven’t had a lot of Batman in The Enemy Within. While Batman does appear in this episode, it doesn’t actually have a large impact on the overall plot. It seems the less we get of Batman, the more we start to miss the iconic Dark Knight. It may be nice to develop Bruce outside the cowl, but we’re ready to get into the fight. Even so, the third episode is still an enjoyable experience, giving us more time with characters we wouldn’t normally spend time with.