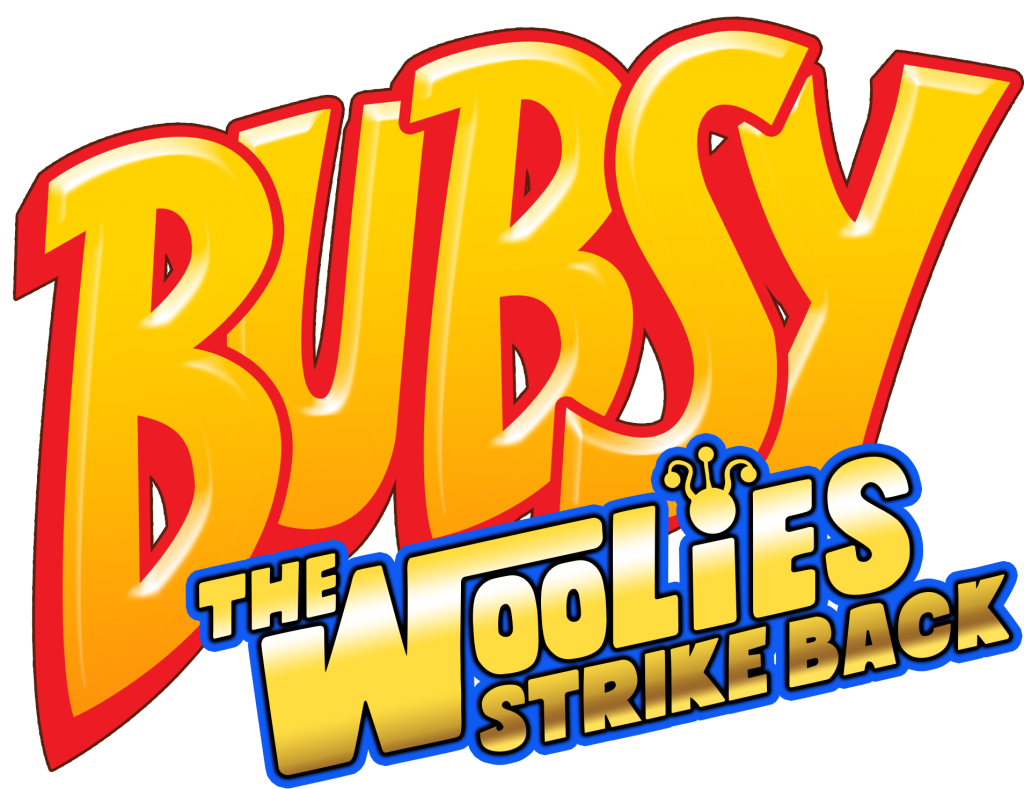 Bubsy hasn’t had an original game in about two decades now, but the team behind Giana Sisters: Twisted has decided to try to revive the series and give Bubsy a bit of love with Bubsy: The Woolies Strike Back. Will they succeed as they did with the former title, or will Bubsy once again fall into mediocrity?

The story really isn’t that deep. The game follows Bubsy, who has had his precious golden fleece ball stolen, and is trying to get it back from the dastardly woolies that have stolen it. He has plenty of quips to offer along the way.

The new title is another 2.5D platformer that borrows a few things from Giana Sisters: Twisted, and actually makes things interesting. Though Bubsy has retained the ability to glide from prior titles, as well as his distinct look, that’s about the only thing that remains the same. 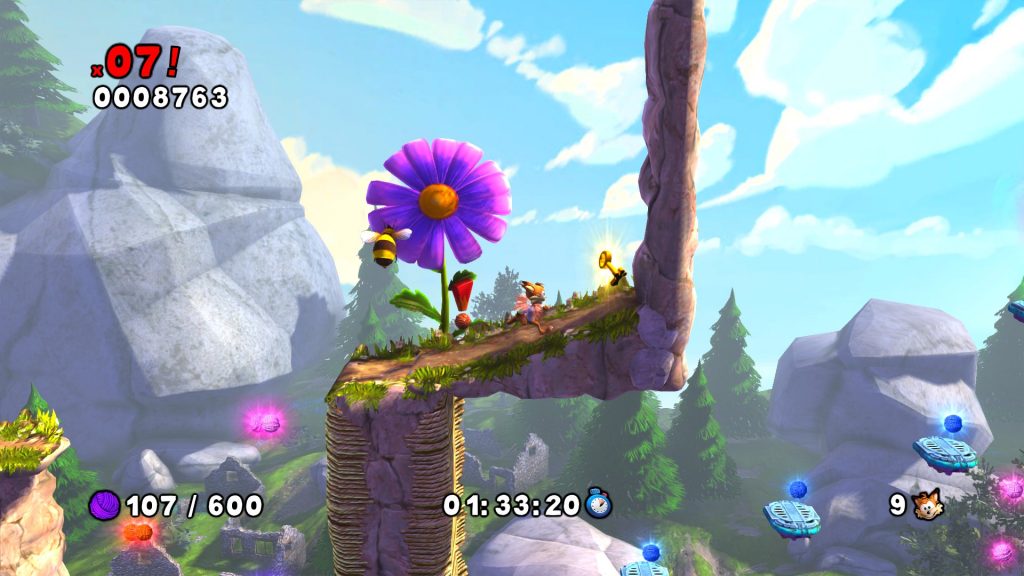 This time around, he not only has the ability to jump on them, but also features a brand new pounce ability that really helps to separate the new from the old. This ability will see you leaping towards your foes, and is also used as a method to get around, allowing you to cross large gaps, and even, when combined with jumps, allow you to clear out an area rather quickly.

This new ability also allows you to bust through rock formations in order to find hidden items, such as black shirts. These shirts allow you to take more hits, and, upon gaining enough, even give you an extra life. You can also find keys, which will unlock yarn vaults and increase your score at the end of the level. 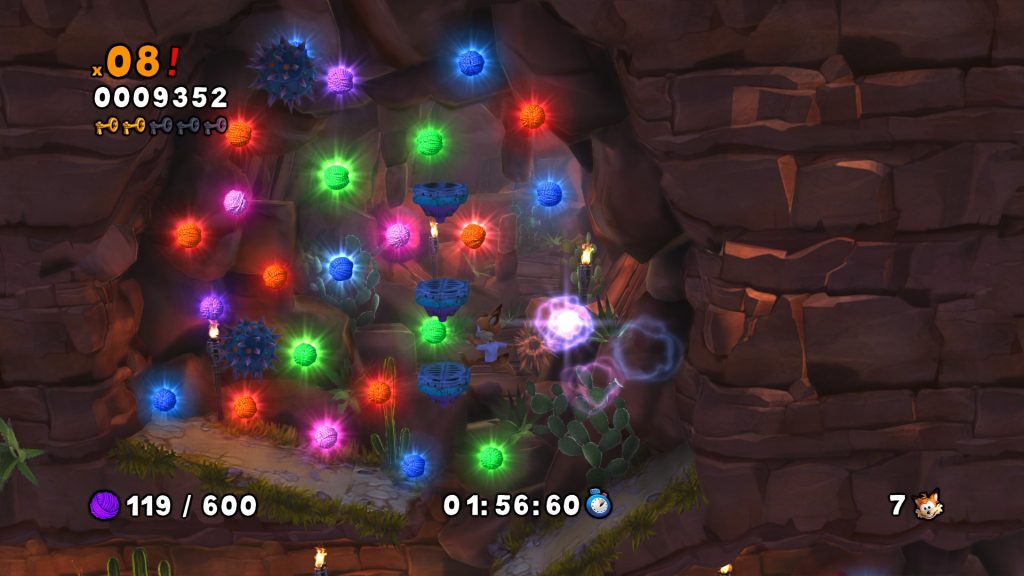 Though this is all good for the pounce ability, we do have to point out the bad; The difficulty of controlling it. Since it essentially acts as a springboard pushing you forward, you can expect ground pounces to always have the same trajectory. In air, however, it can sometimes be rather difficult to determine where, exactly, you’ll end up while using it.

As you can expect, mistiming your pounce can cause you to take a few hits, or even die more often, than you normally would. Of course, the game mitigates this issue by granting you an extra hit and easily obtainable lives, but it can still lead to some frustrations in the long run if you consistently mistime it. 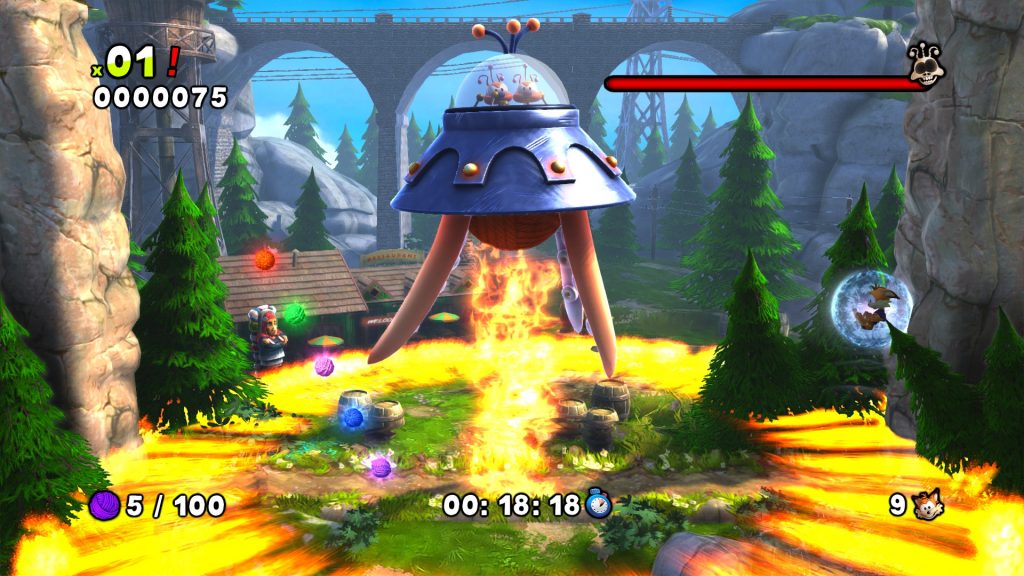 The glide ability allows you to more carefully aim your attacks and even grab more yarn as you float through the air. If you happen to locate a wind gust, you can utilize it to glide upwards, which can be quite helpful during certain boss battles. Bubsy also features the ability to climb various rope-like textures on walls to attack and move around to locate hidden areas. There are also a variety of platforms that can move up and down, which both allows you to plan and forces you to move around quite quickly.

Overall, Bubsy feels rather easy to control, which those who have played the prior games may be surprised to read, and this is rather important for the genre. 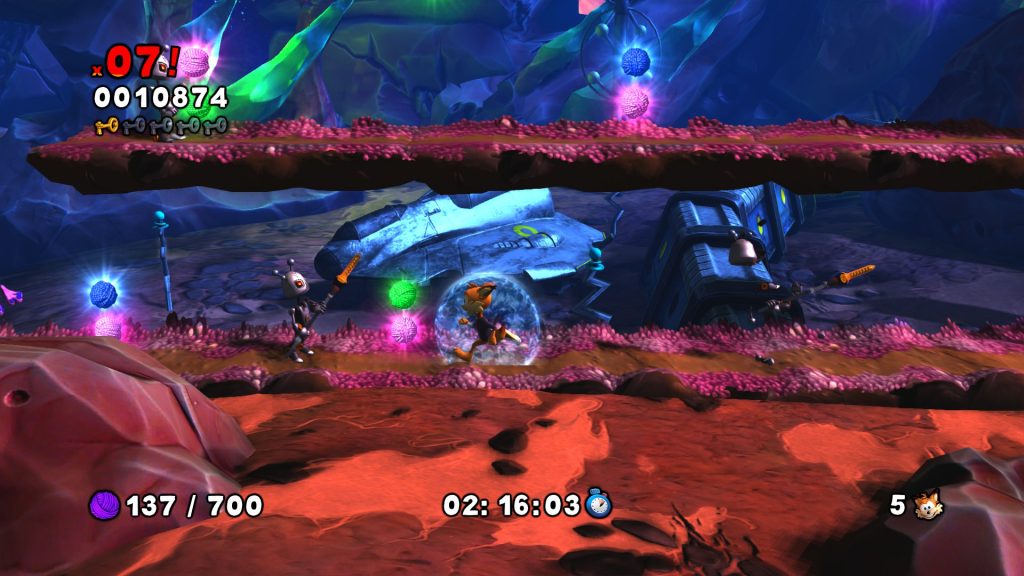 Bubsy always had great animation, even though he was never in a really good game. Unfortunately, now that he’s in a fairly solid title, his animation seems to suffer a bit, particularly when in mid-air. In these situations he is essentially completely still, which is rather strange looking. His other animations can also feel rather wooden, and he tends to lack expression during gameplay.

That said, during cutscenes, you can truly get a sense of Bubsy’s jovial nature, and he does look rather good in the core game, aside from the animations. The environments are also rather interesting, with lighting adding a sense of realism, while the other character animations are all quite solid as well. 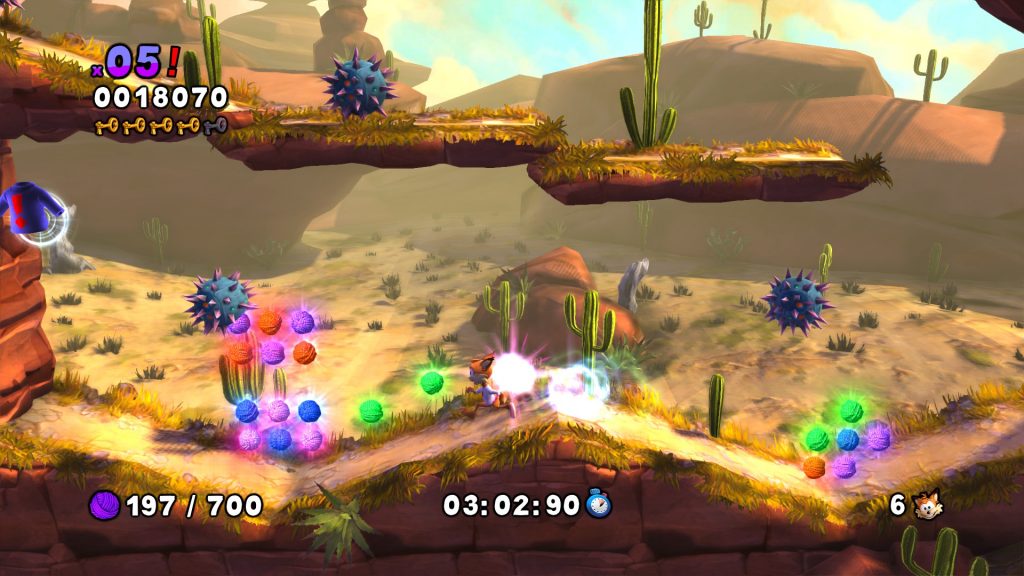 In terms of audio, the soundtrack has some whimsy, but Bubsy’s quips tend to be the most interesting part of it. Though frequent, the quips also have quite a bit of variety, so it is rare to continually hear the same thing. For instance, Bubsy himself will even poke at his prior games.

Overall, Bubsy: The Woolies Strike Back isn’t a perfect game, and those who absolutely despised the original titles will likely not want to give it a chance. That said, it is still a solid platformer, thanks to increased controls, and those who love the genre should find a bit to enjoy within.