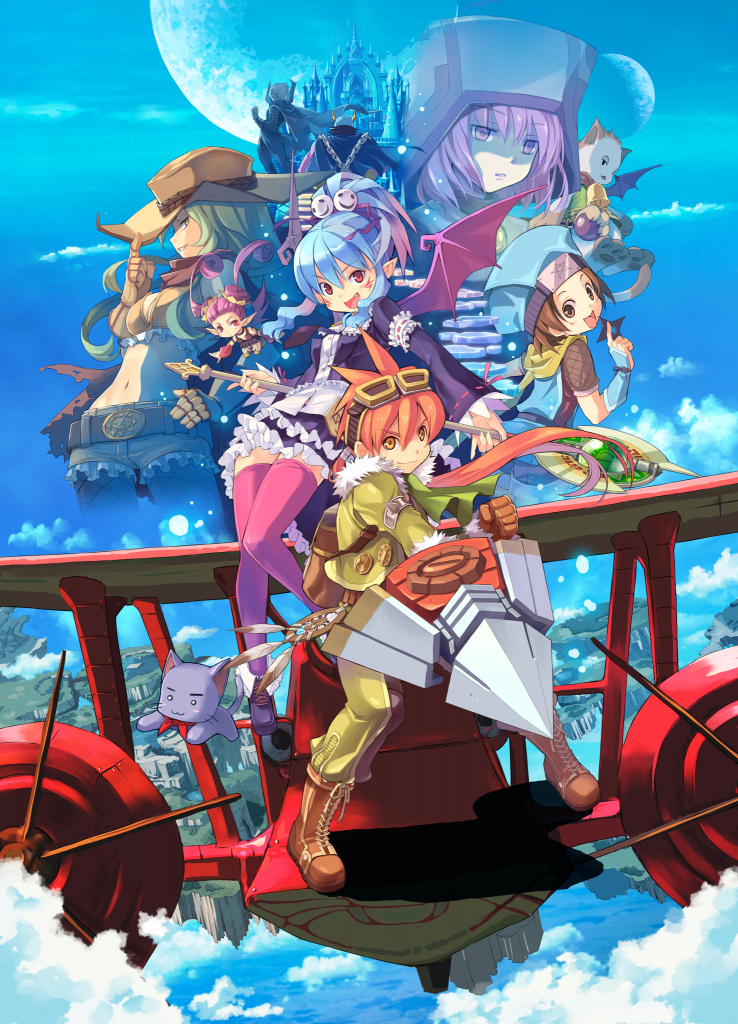 We’ve been granted the chance to check out the second entry in the Zwei series, which many may not have heard of, as the original title was never released outside of Japan. How will Zwei: The Ilvard Insurrection hold up?

The title begins with a treasure hunter known as Ragna Valentine piloting his plane, Tristan. He is soon shot down by a mysterious enemy, and should die, however, Alwen du Moonbria, the vampire princess in the area, decides to revive him, under the condition that he must be her servant for the rest of his life. 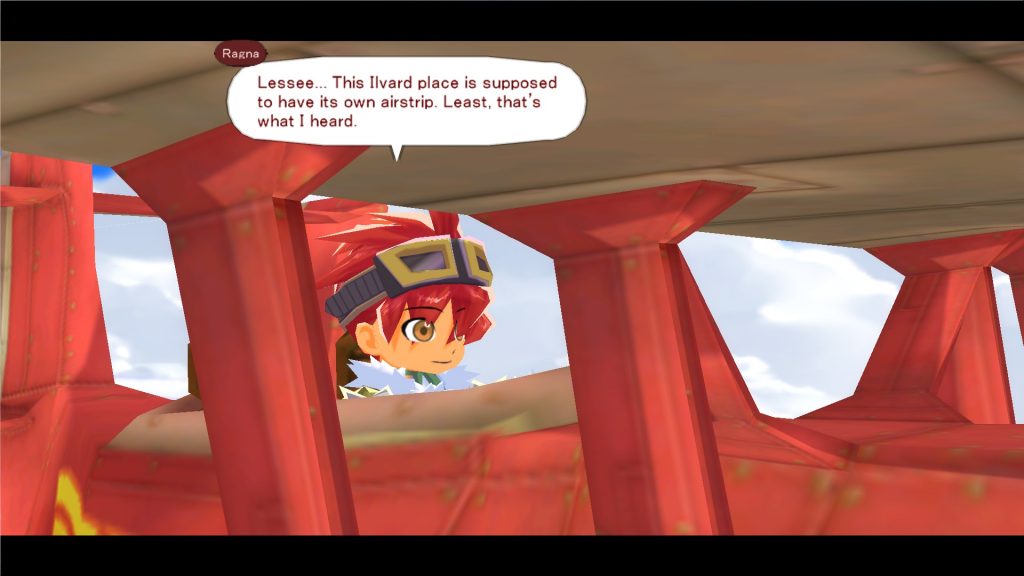 Ragna isn’t too happy with the condition and changes it so that they are actually equal partners, which Alwen decides to agree to, and the two head off to retrieve her stolen magic and castle.

Fans of XSEED localizations know to expect a lighthearted, easy to follow story with some funny scenes -especially when the two argue- between the vampire and treasure hunter, and it should even be noted that this title doesn’t have as many mature innuendos that the other titles by the developer tend to have. Instead, it focuses more on the growth of friendship between the two. 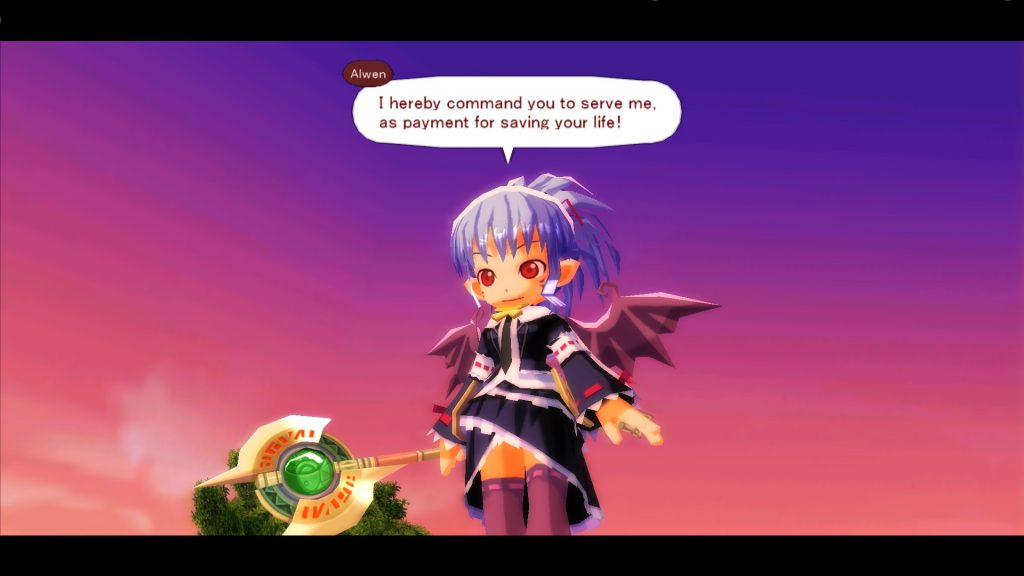 You will traverse to quite a few areas as you search for Alwen’s magic, gathering information in town as you talk to the various people. As you would expect from Nihon Falcom games, the data of the various non-player characters you speak with is saved and you learn more and more about their personalities as you speak with them. That said, other games by the developer have a system that is more deep than that presented within The Ilvard Insurrection.

The game also features an open world, allowing you to walk to the different towns and dungeons right from the start. Some will require magic to access, however. Though you are seeking Alwen’s magic as you enter each dungeon you also may be able to find other useful treasures, with each one featuring branching paths leading to different items and even different level bosses. There is also typically a path that does not lead to a boss, and, though it can be quite long, it can also allow you to find some rather interesting treasures. 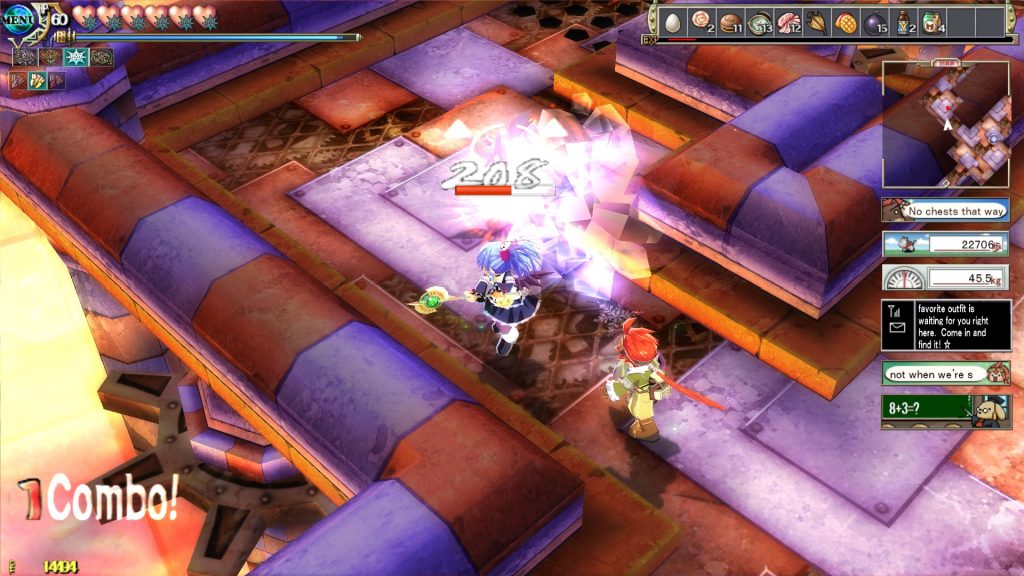 It can sound complicated, but really isn’t, as there aren’t really any puzzles or gimmicks that you must figure out. There is quite a bit of upgradable equipment, however, that can grant you special skills in combat, and these features are rather simple to learn and accessed quite easily, which makes the game rather accessible to those who simply love action titles while still offering up an upgrade system as veterans of the genre would likely enjoy.

As you head into battle, if you’ve played the Ys series, you may note some similarities. You can swap between Alwen and Ragna rather easily as you fight, and they each have different specialties. Ragna is decidedly more melee-based, thanks to his Anchor Gear weapon, while Alwen attacks with magic. The battle system is quite responsive overall, and you can rack up some impressive combos by regularly swapping between the two. 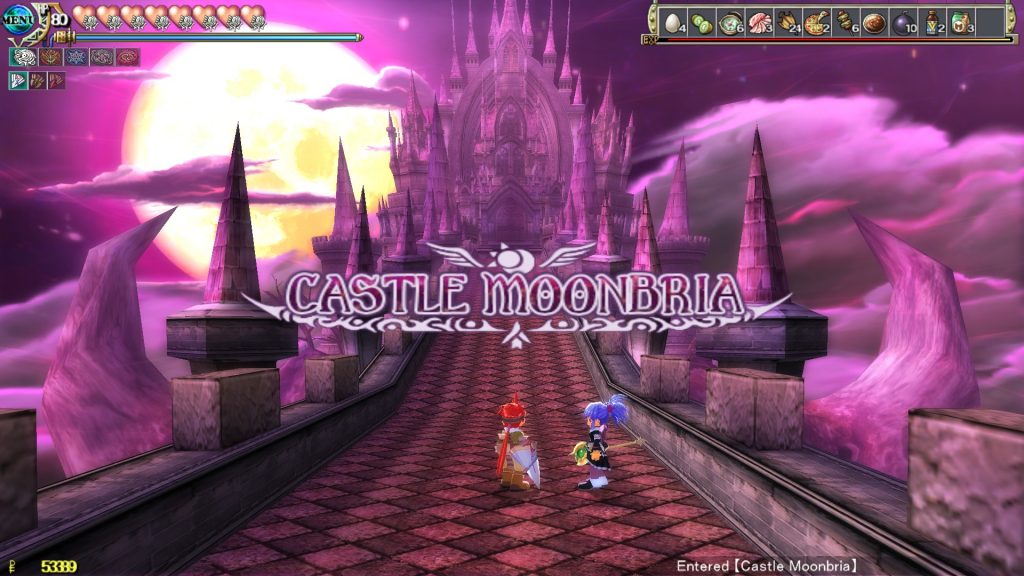 While you may be used to simply taking out monsters in order to gain levels, you will need to get used to a different feature in Zwei: The Ilvard Insurrection. In this title you will find food, which both restores your health and grants experience, which is shared between your two characters. So while you can indeed destroy every foe you come across, only a few will produce the experience-giving food. Of course, they will all drop money, so it isn’t completely pointless to take them all out.

There are also a variety of attachments that can be displayed on the screen, such as a memo pad, calculator, and more.

The graphics are quite nice, and, as you likely expect from a Nihon Falcom title, the audio is also excellent, consistently fitting the theme of each area.

When all is said and done, Zwei: The Ilvard Insurrection offers up some solid gameplay and an interesting story filled with a unique cast. Though being a sequel, you don’t need to have played the original title to understand what’s going on, and it should appeal to action role-playing game fans of all varieties.