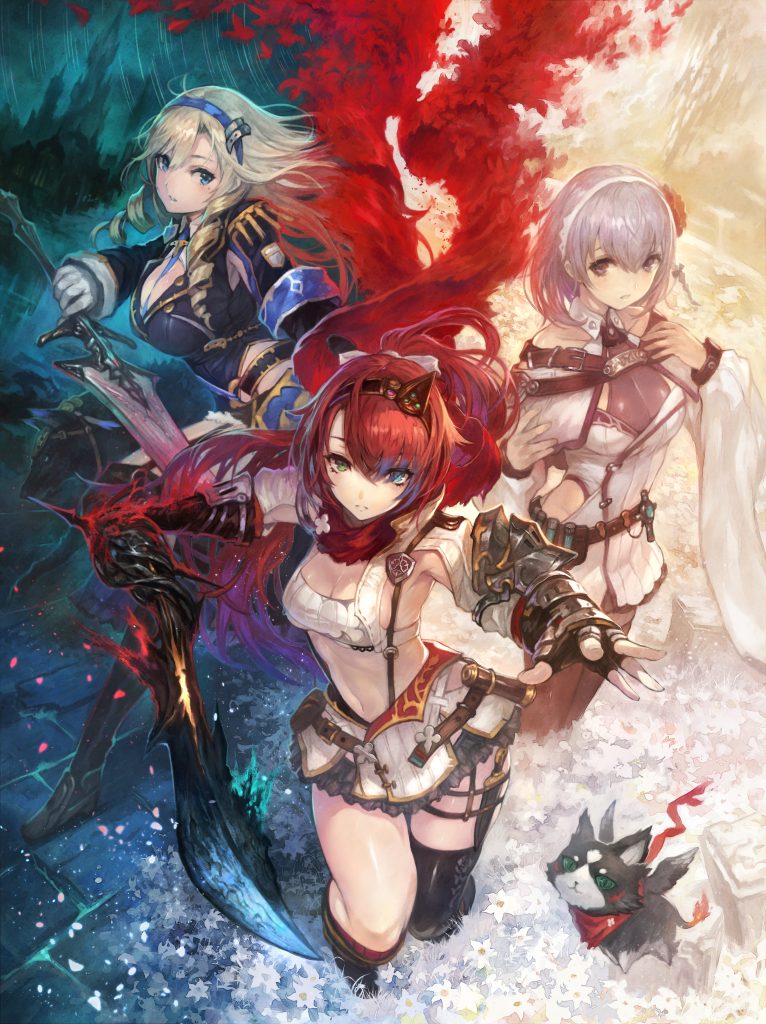 We’ve recently had a chance to check out Nights of Azure 2, the sequel to the dark title. How will GUST’s sequel hold up?

Nights of Azure 2 is set in a world rapidly being consumed by night and demons that call this darkness home. They are led by a great demon of incredible power, and one young priestess named Liliana who has been chosen as a sacrifice to ward off the darkness. Liliana is protected by Aluche, the game’s playable protagonist, however, the two also have a third friend known as Ruenheid, who has wound up in an organization that opposes the one that Aluche and Liliana belong to. 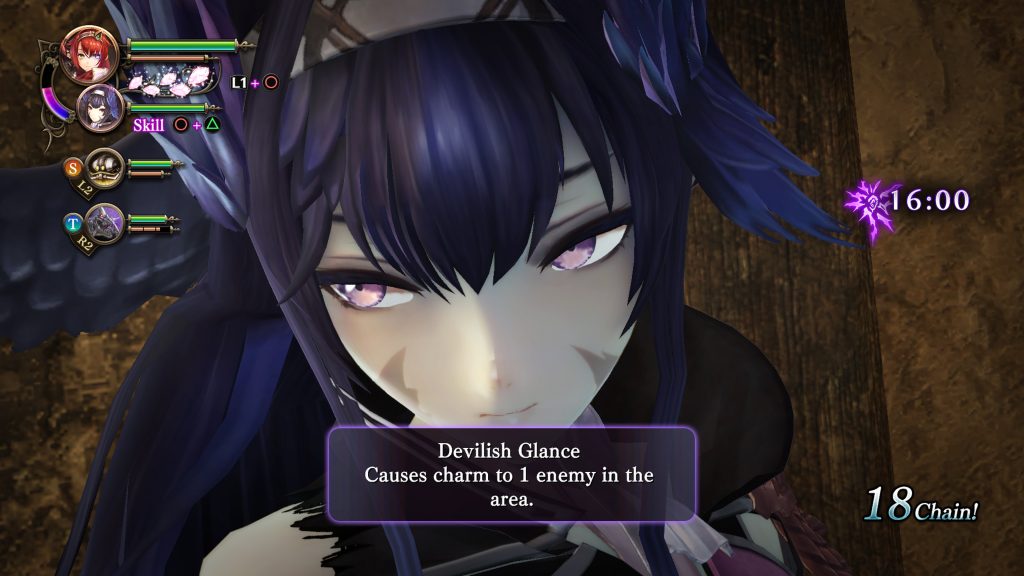 Though the three have some rather strong feelings for each other, the difference in opinion regarding how to go about their quest leads to quite a bit of tension. This tension is only added upon after Aluche dies in the beginning and is revived by bonding her to a demon, thus turning her into a half-demon. Ruenheid’s group has vowed to destroy all demons without question, and this would now include Aluche, her friend, after all.

As you can likely tell, Nights of Azure 2, much like the first game, quickly settles into a sorrowful tone, but the narrative is still quite straightforward, and, though Aluche should be in more of a grey area between good and bad, it appears that it isn’t really explored, which is unfortunate. Instead the game focuses on the idea that everybody’s fate is pre-determined.

The gameplay in Nights of Azure 2 is rather different from that in the original, which was more card-based, due to the protagonist being rather weak in combat. As Aluche is much more powerful, this title allows you to build a party as you do in the standard JRPG, with a couple of characters in your party being minions. The second character is typically either Ruenheid herself or a minor character. 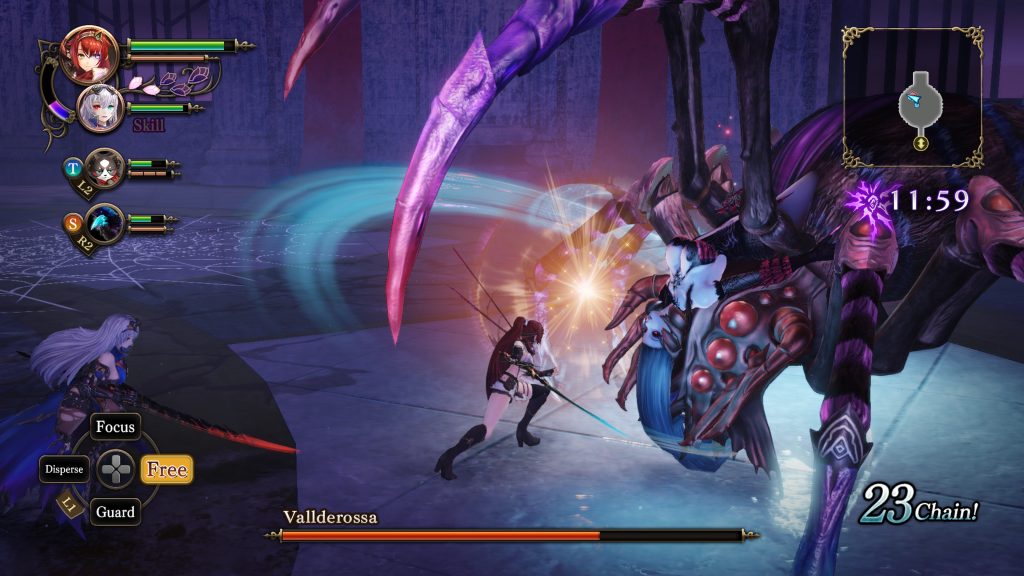 Those who enjoyed the active role that minions played in the first game may be disappointed, as they have more of a minor role here. Aluche can command them to utilize their special abilities, which can be quite effective, but otherwise they can feel rather weak in comparison to Aluche.

Another that may bother players is the time limit imposed each time that you leave the hotel. Aluche’s condition requires her to return to the hotel quite often to recover, and, though there are plenty of teleports around, I can see quite a few getting fed up with all of the backtracking, especially during the beginning in which you only have about 10 minutes to explore. 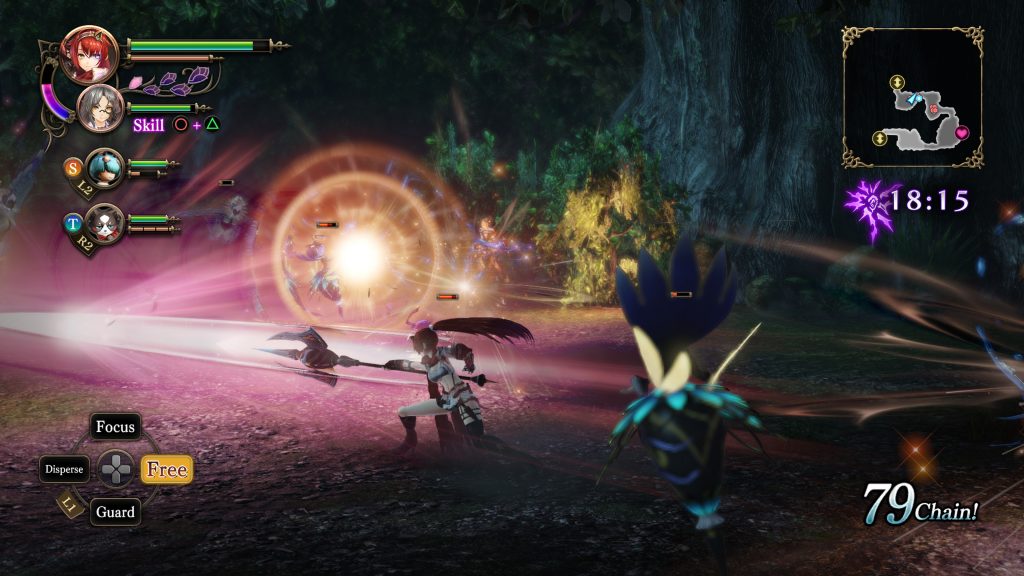 In terms of visuals, the game honestly features some extremely beautiful areas to explore. The creative differences are fascinating, which makes the game look all the better in comparison. The music tends to contribute quite well to the theme of the title.

Nights of Azure 2, although it makes changes that fans of the original may not care for, is still a great game that I believe most fans of action role-playing games would enjoy. The story, rooted in a variety of theatrical styles, is interesting, even if it does seem like it would have been better to explore the grey area Aluche can represent a bit. The combat, though vastly different from the original title, can still be fun.