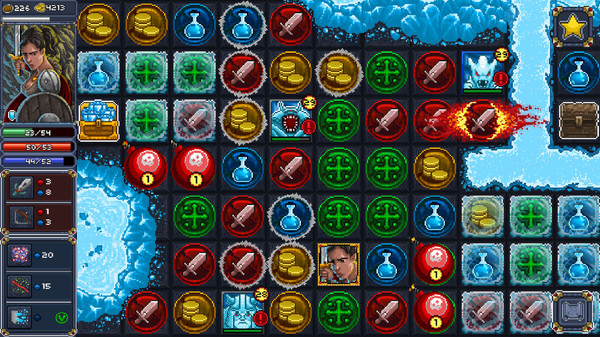 Recently the mobile puzzle role-playing game title, Darkest Hunters, has made its way to PC, absent of in-app purchases that the mobile version made use of. How will it stand up as a PC title?

As the opening scene explains, during times of great peril and darkness, heroes tend to rise in order to stem the tide of evil and hopefully reclaim the world for mankind to live in peacefully once again. You can choose warriors wielding sword, bow, and magic as you attempt to destroy the hordes of demons and monsters that plague the world, eventually facing down the powerful dark lord itself.

As you can likely tell, the story is actually pretty generic. The character biographies and story scrolls (though these tend to be scattered over quite a distance, and this is coming from somebody who tried to fully explore every board) expand upon the lore quite a bit, but, unfortunately, there’s not really anything too groundbreaking within.

Though Darkest Hunters is classified as a match-3 game, it really isn’t one. The reason for this is simple; You have no lower or upper limits on how many gems you can match as you advance your hero through each board. If you only want to move one space (or if you only have one of each type around/none connecting), you can easily choose to. If you have 30 or more you can string together, you can move that many spaces as well, providing the gems are all the same type (so no matching gold with health/magic/attack, for example).

As you string more gems together you spawn more powerful gems of the same type. These can be utilized to clear out lines (or even an area with the higher level gems), or to boost your physical assault if you opt to step on it before striking your foe. You can even utilize them as land mines of a sort, creating, then luring your enemies to step on them and take quite a bit of damage. 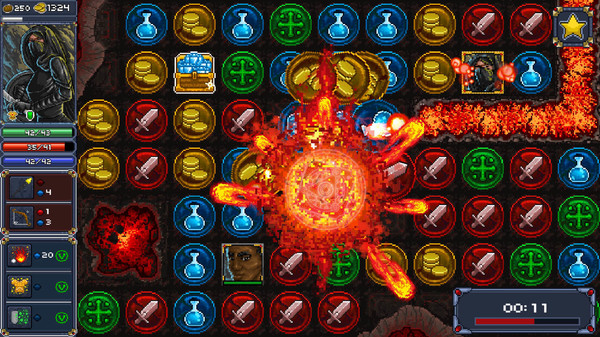 As you battle, you have three sets of attacks. The first two, melee and bow, are open from the start, but you need to purchase the third bit, which is magic. You will need to utilize all three (at least if you go the route I did and use a minimalist upgrade strategy)  quite well if you expect to make it through, but if you prefer to upgrade everything at every opportunity, the gold appears plentiful, at least if you explore each board fully as I tried to. There are even hidden chambers in many areas which house chests of gold and equipment.

Spells aren’t the only things you can purchase, however; You can also buy more equipment. Since levelling up will only allow you to increase health, magic, and your stamina (which is utilized as you attack), you will largely rely on your equipment to actually dish out damage. This damage decreases over time, thanks to the increasing strength of the enemies you will face, and some are even powerful so that you have to either strike with magic or with the powered up gems, as noted before. Luckily, as stated, if you explore, gold appears rather plentiful, so you shouldn’t have too much trouble upgrading what you need, and, if you do run into issues, you can always replay stages to gain more. And honestly, you will likely need to replay some stages anyway if you wish to get all of the missions within each fulfilled. 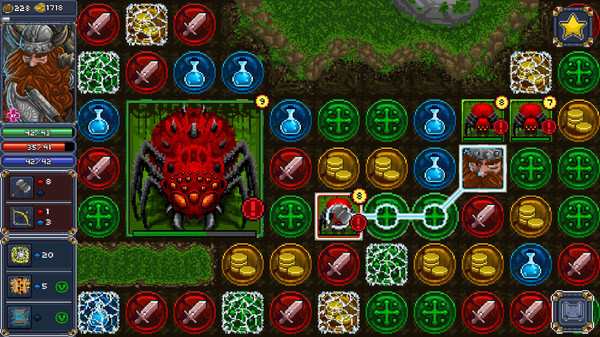 The graphics and sound are both decent and do their jobs. There’s really not much to say; They aren’t awe-inspiring, but they don’t fall flat either.

Honestly, Darkest Hunters is an odd little title that feels like it tries to combine Diablo with a puzzle genre. Many will likely enjoy it, though if you are unlucky, it can turn into a bit of a grind-fest.