The Nintendo Switch has been a big success for Nintendo. Less than a year old, the system has put out several hits within a short period of time. One of those hits was The Legend of Zelda: Breath of the Wild, which we considered a true masterpiece. It seems Nintendo found a winning formula with Breath of the Wild, because they managed to harness it again for another hit this year. Super Mario Odyssey released to strong critical acclaim roughly a week ago, and it’s well deserved. We played it at E3 earlier this year and we couldn’t wait to play more. Now that it’s finally here, it’s quite the treat. 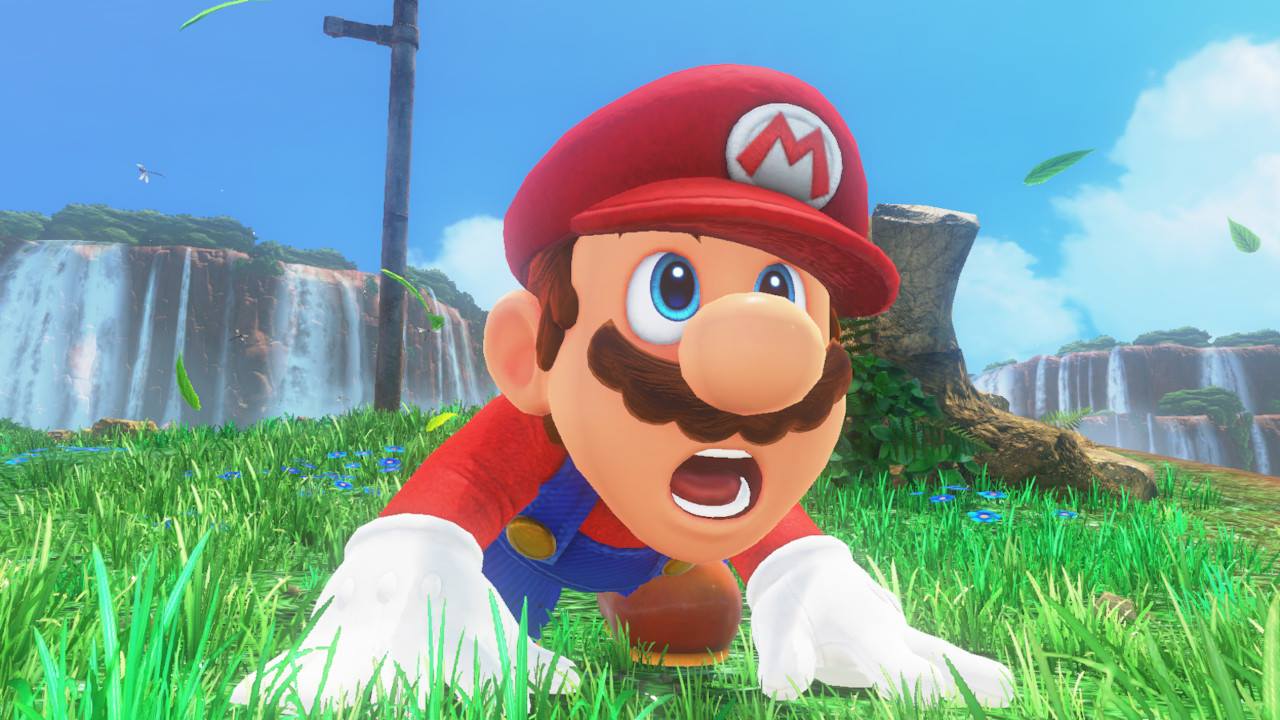 Super Mario Odyssey is not just your average 3D Mario title. It’s a celebration of the Mario franchise, and even a bit of Nintendo as a whole. The game is painstakingly crafted with love and attention to detail, it’s hard not to notice. Combining elements of all the 3D Mario titles, most notably Super Mario Sunshine, the game is truly a joy to play. Even with elements from other Nintendo franchises from Game & Watch to Nintendogs, this is truly Nintendo at their finest.

The story of the game is fairly simple, but it does well enough to drive the player forward on this globetrotting adventure. Right from the beginning, Mario is in the midst of battle with his long-time nemesis, Bowser. Bowser has kidnapped Princess Peach once again, but this time with plans to marry her. Using a family of evil wedding planners, the Broodals, he tasks them with stealing priceless one of a kind items from around the world. All of the items are mostly wedding themed, as he plans to use them all in the ceremony. 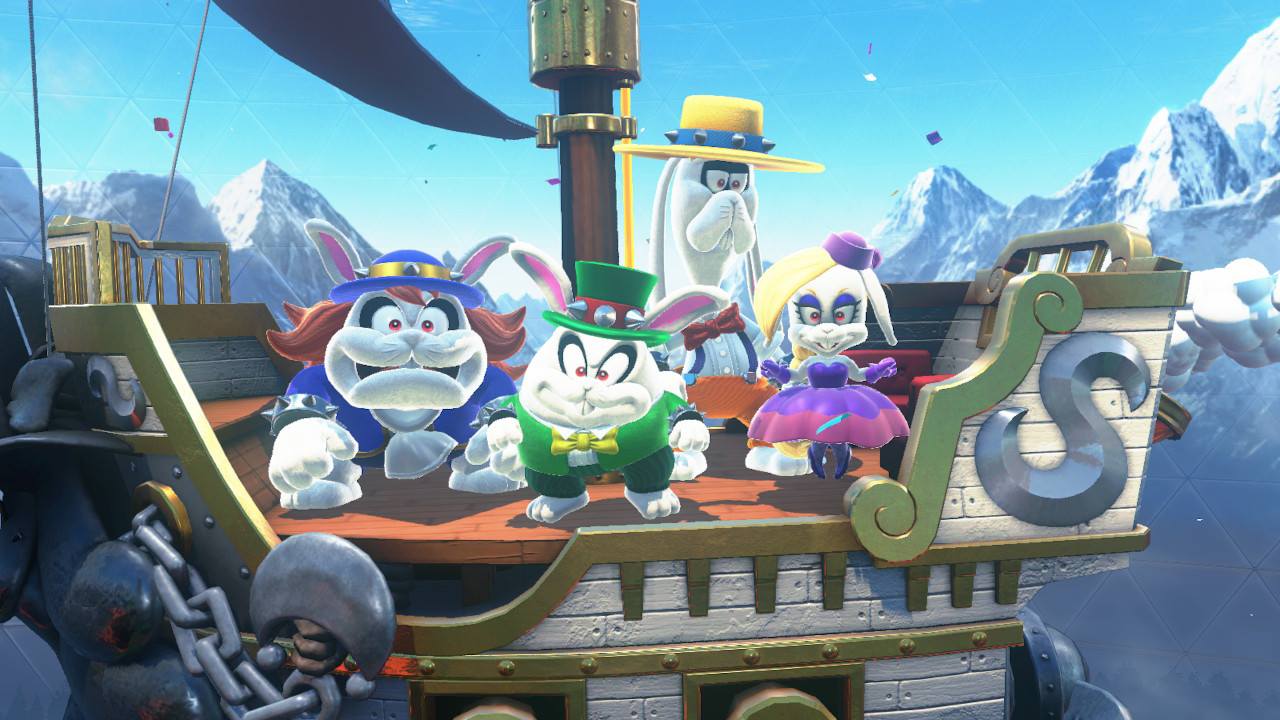 The adventure truly begins after Mario is already defeated, as he is quickly introduced to Cappy. Cappy is a citizen of the Cap Kingdom town of Bonneton, which is where Mario lands after falling from Bowser’s ship. When Cappy reveals that his sister Tiara was also kidnapped by Bowser, the two decide to join forces. Cappy takes the form of Mario’s hat, and with that, he also introduces several new mechanics for Mario. Most important of these features is the ability to capture objects and creatures, which allows the player to control a new host with new skills.

Capturing objects may give access to hidden passageways or take players to new areas altogether. Capture a rocket and blast off to a hidden section in the clouds. Capture a spark pylon and gain the ability to travel along electrical wires at high speeds. The possibilities don’t end with objects, as the true depth of this mechanic lies in capturing living beings. Several creatures in the game can be captured, leaving it up to players to go out and try to figure out all their options. One of the best things about Super Mario Odyssey is that it doesn’t exactly hold your hand. 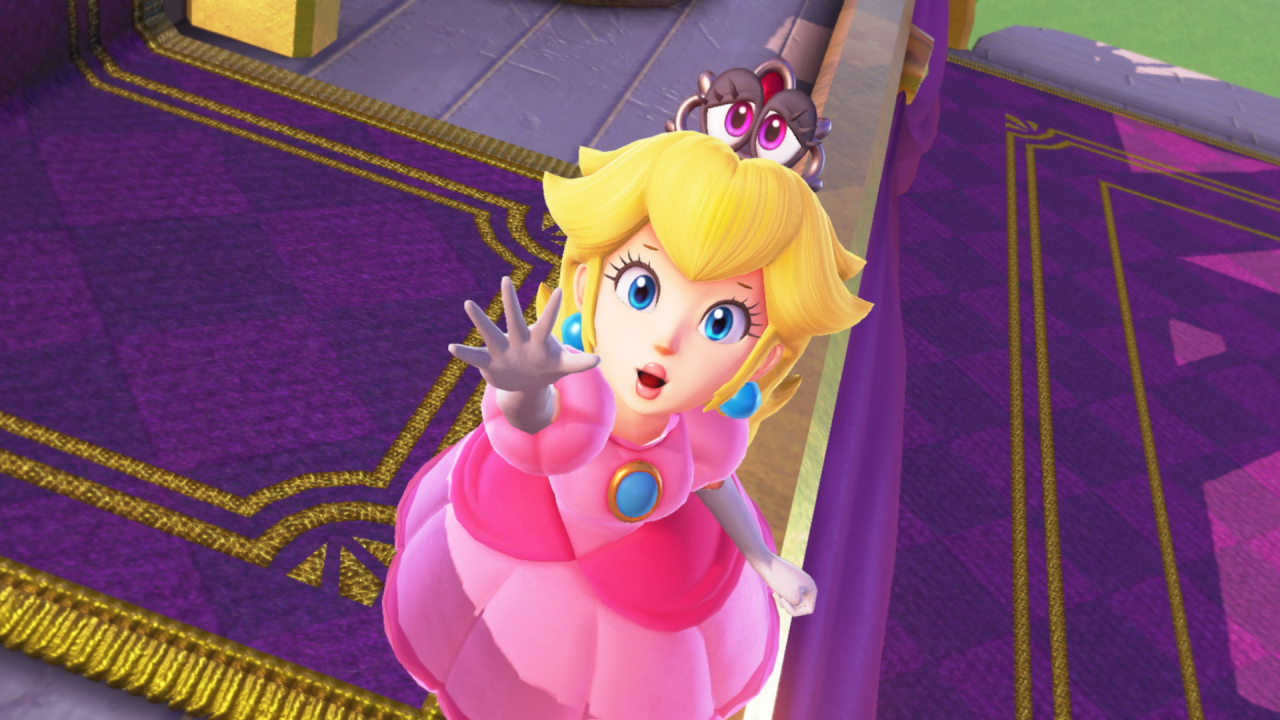 Similar to The Legend of Zelda: Breath of the Wild’s Korok seeds, Super Mario Odyssey has a plethora of Power Moons. The purpose of Power Moons is to power up Mario’s ship, the Odyssey, as this energy is used to travel the world. With over 800 Power Moons, not counting ones for purchase, there is always something to work toward in the game. Upon reaching each kingdom in the game, a main mission starts players out with a little exposition. This main mission would usually involve a fun boss fight, either one of the Broodals or a special boss for the kingdom. On top of that, there are several smaller missions to discover throughout the area as well.

How players will gain Power Moons is where Super Mario Odyssey truly shines. Nintendo clearly wanted to use as many ideas as possible within the game, making full use of the level design, enemies, and even minor details. Some moons are pretty obvious, like hiding in plain sight on a random platform. Others are more subtle, like tasking a canine friend to sniff out a moon to dig up. It’s pretty remarkable just how many things can reward the player with a Power Moon. Even after completing the main missions of a kingdom, more moons become available, and even more once the campaign is over. 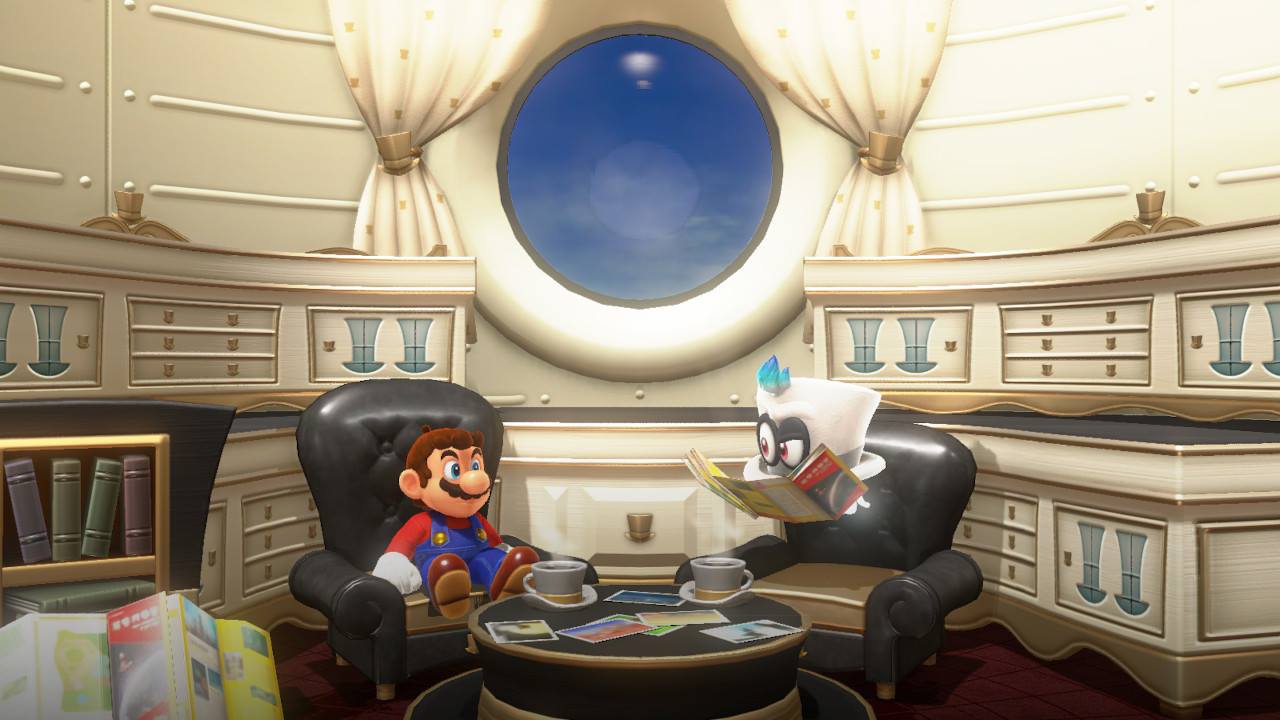 Super Mario Odyssey does well to gradually train the player to gain more moons without making it feel like a chore. The game also does well to reward players with more skill. This can either be with piles of gold coins or even shortcuts to certain moons. Using Mario’s natural jumping ability, one could already gain access to a lot of areas. Add Cappy’s ability to stay in place as a temporary platform, and players can do some of the craziest jumps in Mario history. Throwing Cappy out and diving toward him can help cross large gaps, and it can also give that extra jump for a tricky wall jump maneuver.

Getting to the actual Kingdoms themselves, each respective Kingdom has a specific theme. The Cap Kingdom has a visual aesthetic similar to that of The Nightmare Before Christmas. The Lakeside Kingdom is more of an undersea realm with mermaid-like citizens and coral reefs. Not only is each kingdom visually distinct, but they also hold specific gameplay features as well. The Cascade Kingdom has Chain Chomps that control like slingshots while the Wooded Kingdom has enemies that grow taller. The Seaside Kingdom even has enemies to capture that feels very reminiscent of Super Mario Sunshine’s F.L.U.D.D. abilities. 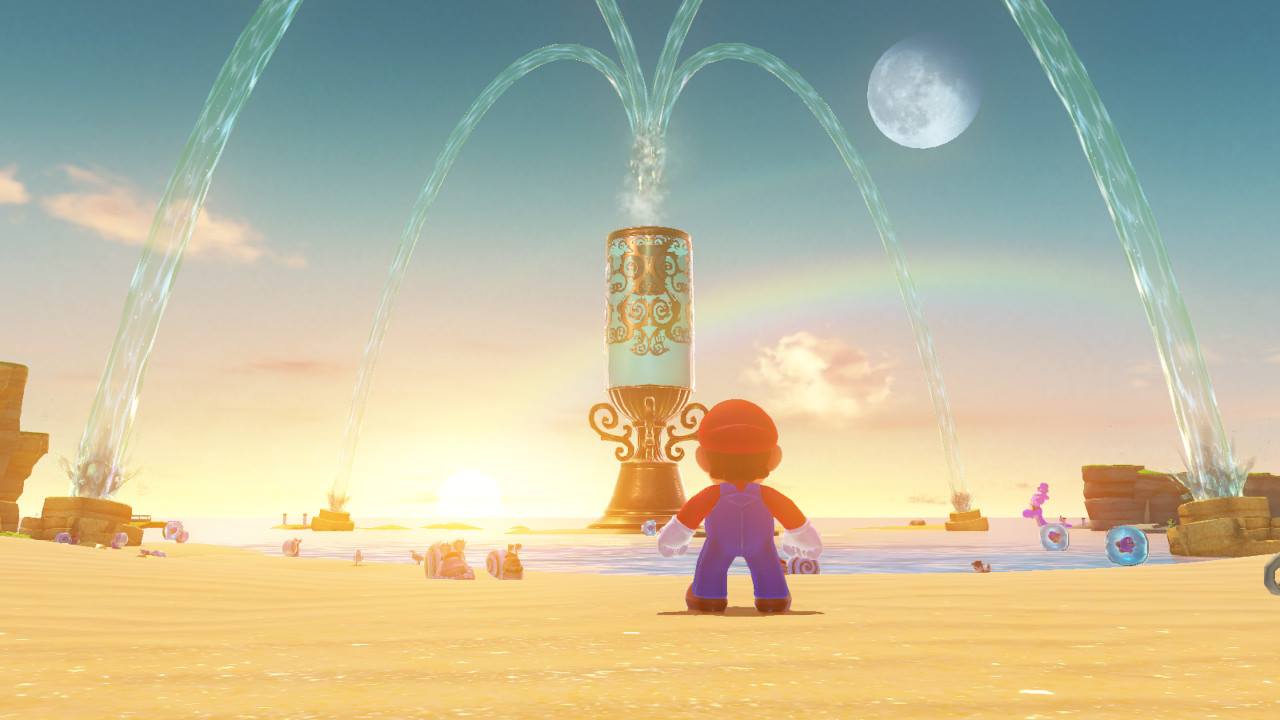 Each kingdom also has a specific amount of purple coins specific to each region. Redeeming them can earn souvenirs to decorate the Odyssey with, but also to earn special outfits. These outfits are all over the game, and they offer their own little historic significance as well. Each outfit is based on an outfit that Mario has worn in games and other media over almost four decades. One will be his outfit from NES Open Tournament Golf while another will be from a Japanese New 3DS commercial. All these outfits truly cater to the nostalgic crowd, but even without recognition, they’re still a lot of fun. They even have a purpose when it comes to collecting more moons.

Other elements from previous Mario titles sprinkle themselves throughout the adventure. Music from all across the franchise joins fantastic new compositions to make for a great soundtrack. The game offers fun 2D platforming segments that turn Mario into his 8-bit incarnation, allowing for more gameplay variety. There’s even a handful of familiar locations that show up as well. Either remembering these features fondly or discovering them for the first time, they fit the game perfectly. 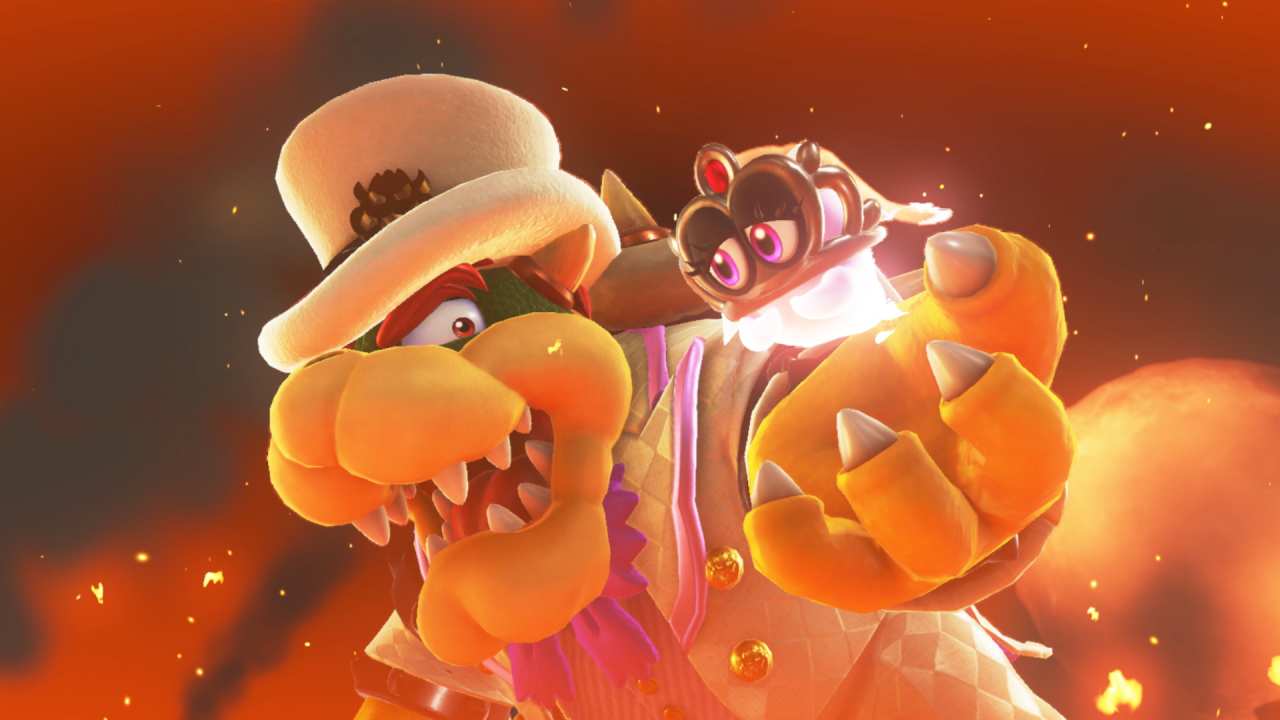 Visually, Super Mario Odyssey takes a lot of risks. Mario himself looks better than ever, with more defined hair and detailed textures, yet still maintaining a simple style. Certain kingdoms take the detail further, showing more realistic creatures like a T-Rex or the humans of the Metro Kingdom. Despite the clash in art styles, it also somehow defies all odds and just works. One moment, players will see a T-Rex, another, he’ll be wearing a silly hat with a mustache. Despite the mix of styles, Super Mario Odyssey is a visual delight of wonderful colors, fun character designs, and smooth performance. The photo mode takes full advantage of this as well, allowing for fun photos with several great filters.

Even though there is plenty of praise for Super Mario Odyssey, it isn’t a flawless game. Some actions require light motion controls, even when using the system in handheld mode. Shaking the controller when capturing a creature can enhance the abilities, some required to get certain moons. It feels a little unnecessary, and while some can be substituted with traditional controls, some force the motion controls. There’s also a handful of frustrating missions that require a bit more precision, or even a bit of extra patience. The game is completely enjoyable without doing them, but for those gunning for 100%, they’ll have to do them all. 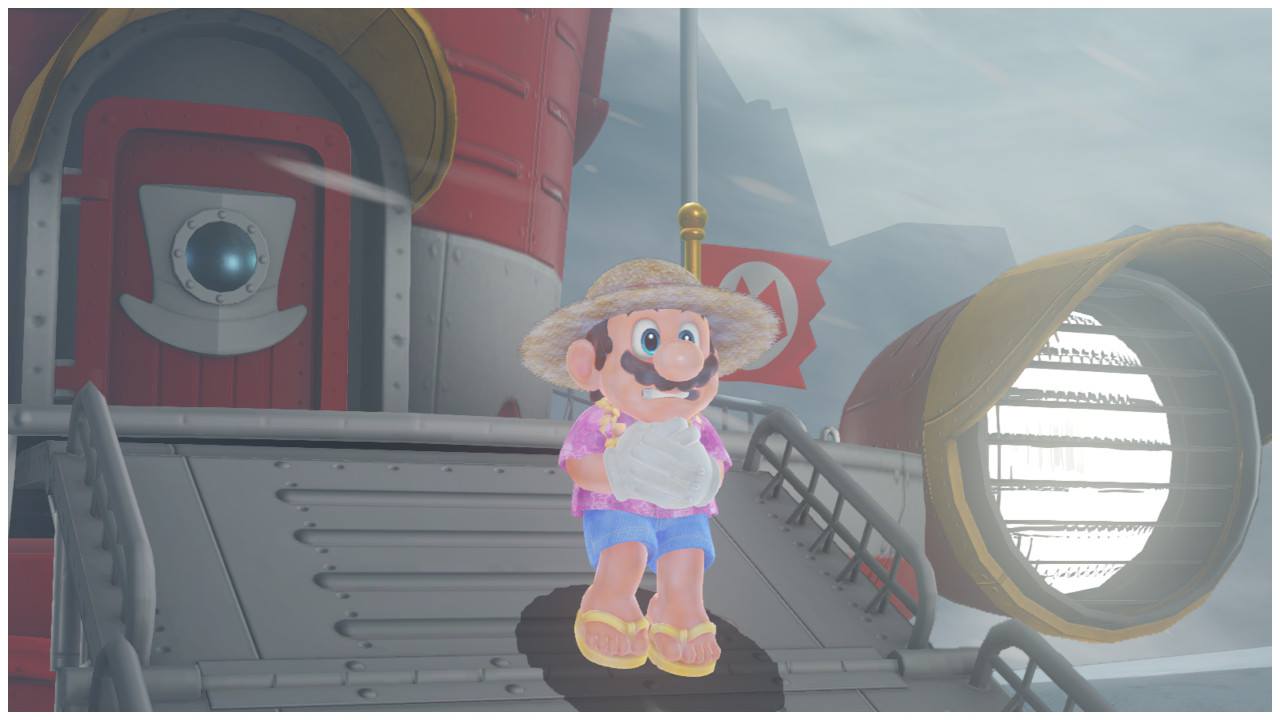 Despite the minor frustrations and forced motion controls, Super Mario Odyssey is still a fun experience from start to finish. With tons of polish and even more charm, there is rarely a dull moment. Each new kingdom maintains the same sense of discovery as the last. With incredibly tight controls and exceptional level design, getting from point A to B never felt so good. The story is entertaining enough to drive players forward, and the gameplay is platforming at its finest. Super Mario Odyssey is a phenomenal title that now Switch owner should miss.